If You Don’t Exercise, You’re Screwing Over Your Grandchildren

An intrepid study illustrates the connection between lifestyle and genetics

Start hiking! Someone born in the 2050s will thank you.
Richard Baker/In Pictures via Getty
By Tanner Garrity @tannergarrity

According to a study published in Molecular Metabolism, the exercise you accomplish today could pay dividends for future generations, effectively strengthening the cells of your children and grandchildren.

It’s the latest entry in a field of research known as “developmental programming,” which was defined in 2016 in the journal Obesity as “the ability of exposures during prenatal or early postnatal development to cause permanent changes to the physiology, metabolism and epigenome of an individual which subsequently will affect health and increase risk of disease.”

In simpler terms, the lifestyle habits of a mother and a father have genetic consequences (the study of such consequences is called epigenetics), which are then passed on down the family tree. If you never exercise, subsist on the Standard American Diet — lots of simple carbs, saturated fats and processed sugar — and eventually develop obesity or diabetes, your children and your children’s children are starting their lives at a disadvantage. There’s nothing they can do about it. Even if they make healthy choices, they’re at a heightened risk of developing metabolic disorders.

On one hand, this sort of research offers a sobering explanation for our skyrocketing rates of heart disease and stroke. But it should also function as a call to action to make elemental changes in your exercise and nutritional patterns; certain lifestyle choices become a bit more difficult to justify if you’re determined to bring children into the world.

Still, while poor prenatal habits will endanger your children, proactive prenatal habits can actually buttress them against potentials diseases or syndromes. Research from Harvard Medical School’s Dr. Laurie Goodyear has illustrated on two previous occasions that when mothers and fathers run before mating, offspring are born with stronger metabolisms, healthier brains and noticeable protections against obesity and diabetes.

These studies invariably involve mice, mind you, but the epigenetic reasoning is sound. And besides, as with the new study, which focused on grandchildren, it would take decades to document the impact in human beings.

In Dr. Goodyear’s latest, researchers bred three generations of mice, controlling here and there for which ones ate healthy, which ones ate high-fat chow, which ones ran, and which ones never got a turn on the hamster wheel. The results were profound. As the lead author on the study, Dr. Ana Alves-Wagner, told The Washington Post, “It was remarkable. Exercise had improved the metabolic health of multiple generations.”

The mice with active grandparents had healthier bones. They were trimmer. They didn’t battle blood-sugar irregularities or insulin sensitivities as they aged. Those findings were all starkly opposite for those whose grandparents hadn’t exercised. Another relevant finding: exercise seemed to matter more than diet in terms of epigenetic impact on future generations.

Ultimately, this sort of study offers a unique perspective that should be considered an asset for hopeful parents. We’re familiar with the need to avoid things to protect the health of an expected child, like alcohol, tobacco or fast food. But you can also actively seek out pursuits to enrich the health of that child, like running, hiking or cycling, which will bequeath a happier, healthier life for you along the way. That’s an intergenerational win-win-win. 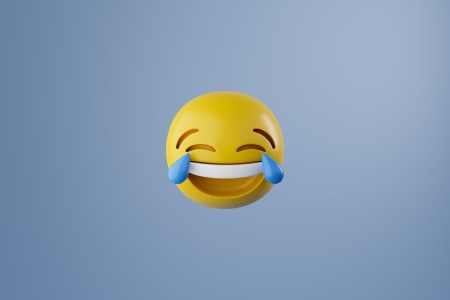