We've been skeptics ourselves for a while, but the science is sound

Supplements are shady, yes. But creatine is actually worth your time and money.
Evgeniy Lee/Getty Images
By Tanner Garrity @tannergarrity

Gym lockers rooms have long been one of the more alarming cross-sections of humanity.

In my younger days, at a local New York Sports Club where management had more or less given up, a standard safari included 70-year-old steam room congregants showing off salt and pepper hair follicles in all the wrong places, cardio-addicted sales reps screaming into their phones after a 45-minute spin, and hordes of young guns reveling in their testosterone: snapping towels, sending mirror selfies to paramours, chugging stuff that smelled like pink lemonade from crumpled Poland Spring bottles.

Though my best friends and I lifted as often (if not as much, weight-wise) as that last group, we frequently referred to them as “The Lifters.” We wanted to get stronger, in between working summer camp, eating bagels, mowing lawns and drinking in someone’s basement — and their day-to-days probably looked much the same — but we had our limits. We weren’t meatballs.

The lifters would buy supplements at GNC called “Slaughterfest Hurricane Extra Strength.” They took pre-workout, cruised through tubs of protein powder and talked about creatine to anyone who would listen. I don’t remember listening much. I’d heard that creatine fucked with your liver and gave you bad bacne, all in the name of diverting water to your muscles for an artificial pump. It sounded like the most “Lifter” move of all. No thanks. 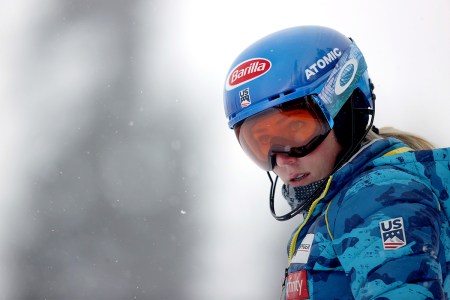 That was a while ago, though, and scientists have compiled a mountain of research on creatine in the years since. Beloved by the bros or not, creatine is actually now among the world’s “most tested supplements,” with studies of up to four years indicating no adverse effects. What’s more: the use-case for creatine has firmly expanded since its swig-happy, locker room days.

A study published this year confirmed that creatine even appears to have a positive impact on cognitive function — in a delightful, ironic twist for the supplement’s reputation. Creatine reportedly plays a key role “in brain bioenergetics,” which is a fancy way of saying that the compound has the potential to enhance memory, ward off dementia and and reduce mental fatigue.

Consider: the brain demands 20% of our calorie intake, despite making up only 2% of our bodyweight. It needs its nutrients in order to help you function at your best (though it’s working hard even when we’re loafing through the day — no rest for the noggin) and one of those nutrients happens to be creatine, which is a naturally-occurring amino acid found predominantly in muscle cells.

Creatine supplementation can ensure that phosphocreatine stores in the brain don’t run too low…which in turn makes sure that the body is adequately producting adenosine triphosphate (ATP), a molecule that some have dubbed “the body’s energy currency.” This sets off a chain of reactions that would make any true Lifter weep with joy: more water to the muscles, more proteins and anabolic hormones swimming around the bloodstream, more volume in a single training session. More more more.

They were right all along. Creatine is the real deal. But despite its capacity to economize high-intensity exercise, it might be better suited for an older, slower clientele, or for plant-based adults — two cohorts that traditionally have little intersection with the supplement.

That’s because: A) as we age, creatine stores are more likely to deplete, and B) when we remove animals from our diets (one in 10 Americans over the age of 18 now say they don’t eat meat), our creatine sources dry up overnight. That’s one reason — in addition to the plant-based diet’s low iron and Vitamin B12 levels — that some people report feeling “always tired” when they attempt a plant-based diet.

As creatine supplement companies have popped off over the last few months, some understand better than others: the supplement’s stigma has trumped its science.

It’s rare, in the wild west of wellness, for a vitamin, capsule or powder to actually have a legitimate, life-bettering claim, but creatine has one. It’s just suffered from poor marketing strategy, and the sweaty memories of people like me, who have long associated the compound with the Jersey Shore dreams of Johnny Triceps, instead of the energy-boosting, executive faculty-improving potential of women, vegetarians and the elderly.