The city's economy could shrink by 13% this year

As the pandemic drags on, jobs might be on their way out of New York.
ANGELA WEISS/AFP via Getty Images
By Carl Caminetti

As the ongoing coronavirus pandemic continues to reshape how and where we live and work, companies are also restructuring, with many considering relocating a portion of their workforce outside of major cities like New York. According to a recent report on the economic impact of COVID-19, businesses in New York — including in the financial and professional-services industries — are considering cutting back their presence in the city by at least 20 percent, Bloomberg reported.

As the pandemic prolongs uncertainty about the future of the workplace, a quarter of office employers reportedly intend to reduce their footprint by at least a fifth, while 16 percent expect to move jobs out of the city, per the survey conducted by the Partnership for New York City. Meanwhile, companies are only expecting to see 10 percent of employees back in the office by the end of the summer, and just 40 percent are expected to return by the end of the year.

The study, conducted in May and released earlier this week, estimated city and state tax losses could exceed $37 billion during the next two years, while the city’s economy could shrink 13 percent this year.

Amid the ongoing financial strife, the report emphasized the importance of aid for small and minority-owned businesses, improvements in online education and job training, affordable housing, budgeting and tax reform, and advancements in renewable energy, digital infrastructure and freight-delivery optimization. 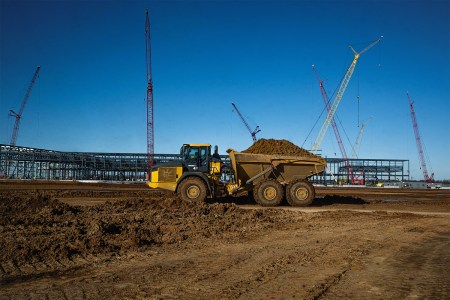