Before novelist Philip Roth’s death in 2018, the Newark, New Jersey public library announced it would be receiving Roth’s personal collection. Over a year after his death, it turns out that wasn’t the only gift the Newark Public Library received from the author.

Before his death, Roth arranged to bequeath more than $2 million of his estate to his hometown public library, the Wall Street Journal reported Wednesday. Roth, whose estate was estimated to be around $10 million, quietly set up a $2 million endowment to benefit the library’s general collections. Each year the library will receive interest from the endowment, which Roth reportedly specified should be put towards books and other materials, but not capital projects. The library is expected to receive its first installment of $80,000 in February.

In addition to the endowment, Roth also left funds for the library to put towards the new Philip Roth Personal Library, where his 7,000-volume personal collection will be housed.

The author reportedly hoped that his contributions would attract tourists and scholars to the struggling city, which featured prominently in his writing.

“He definitely wanted to contribute to keeping Newark revitalized and relevant,” Julia Golier, a longtime friend of Roth and the co-literary trustee of his estate, told the WSJ. “There’s a view that in addition to contributing to people who live in Newark, that this would attract literary tourists and festivals.” 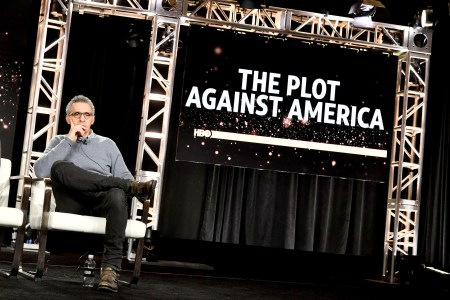 Watch: HBO Unveils Trailer for Adaptation of Philip Roth’s ‘The Plot Against America’