Luxury timepieces and iconic movie characters share a long and storied connection, from the Rolex Submariner 6538 sported by Sean Connery’s James Bond in Dr. No (the superspy has since moved on to Omega, his wrist fodder of choice since 2006’s Casino Royale) to the Omega Speedmaster Professional worn by Tom Hanks as Jim Lovell in Apollo 13 (worn also, it bears noting, by the astronaut himself on the actual mission).

But perhaps no other pairing has achieved the epochal status of “King of Cool” Steve McQueen and the TAG Heuer Monaco in 1971’s Le Mans.

Designed in 1969 by Jack Heuer (great-grandson of brand founder Edouard Heuer), the Monaco was revolutionary not only for being the world’s first automatic chronograph, but also for its then-unheard-of square case. “It was until then impossible to make a square case waterproof, because of the angle of the gasket.” Heuer tells InsideHook. “So when our case supplier came to us showing that they managed to make it, I knew it was a major breakthrough and that it would be the perfect one for our revolutionary automatic chronograph movement, Caliber 11. The most advanced case, for the most advanced caliber, under the name of the most audacious brand.”

A year later in 1970, Hollywood prop master Don Nunley put out the word that McQueen was in need of a timepiece befitting his upcoming character, steely-eyed Grand Prix driver Michael Delaney. Submissions came from every corner of the horology world, with McQueen eventually settling on an Omega chronograph. However, Nunley pointed out that only the Monaco would match the Heuer logo on McQueen’s racing suit, and the rest was history.

Heuer says that while he did have a chance to thank Nunley for his auspicious advice to McQueen, “at the same time [he] thanked me a lot for making it possible to get the watches so quickly on the set, even smuggling at the border. It was a good win-win situation.”

A lifelong racing enthusiast who fell in love with the sport as a child on Long Island and eventually went on to join its ranks professionally and place second to Mario Andretti in the 1970 12 Hours of Sebring (in a camera car, no less), McQueen insisted on doing his own driving for the film — much of it shot during that season’s actual 24 Hours of Le Mans race. Driving and vehicle outfitting/maintenance were overseen by legendary mechanic Haig Alltounian, a salty track veteran who had worked with the likes of Carroll Shelby and Bruce McLaren before becoming McQueen’s personal mechanic and one of the architects of his Sebring showing.

So enamored was McQueen with Alltounian’s dedication to ensuring the safety of the cast and crew that on the final day of filming he presented Alltounian with one of the Monaco chronographs he had worn in the film, saying “Thank you for keeping me alive all these months.” When Alltounian demurred, suggesting McQueen give the watch to his wife or son, McQueen stated that the watch wouldn’t be much good to them with his name on it, revealing a caseback inscription of “TO HAIG //  LE MANS 1970.”

On December 12th, renowned British auction house Phillips will offer this very watch at their “Racing Pulse” flagship watch auction in New York, consigned directly by Alltounian himself. Of the six Monacos used during filming, McQueen kept two — gifting one to Alltounian and the other to William Maher, a management consultant he had worked with in the early 1970s and who had fallen on hard times financially. That watch was sold at public auction in 2009, making this the last of the McQueen Monacos that any collector is likely to see made publicly available anytime soon.

While Phillips has declined to release an estimate regarding the watch’s expected sale price, experts agree that it could very well fetch north of $1 million. “Preserved in superb original condition with its fascinating caseback engraving remaining perfectly crisp, it can certainly be considered as one of the most important Heuer wristwatches of all time.” says Paul Boutros, Head of Phillips Watches. “It’s incredible provenance, wonderful state of preservation and adrenaline-fueled history make it an ultimate trophy watch for the connoisseur.”

It bears noting that for those looking to pick up a little Le Mans swagger without going the full seven figures, TAG Heuer offers the same calibre 11 edition McQueen wore for just $6,350 — a relative bargain, if not with quite the story.

“I achieved something very special with Monaco” says Heuer, “It is the expression of eternal avant-garde, timeless style. I am very proud of it, and McQueen’s myth is undeniably part of it.” 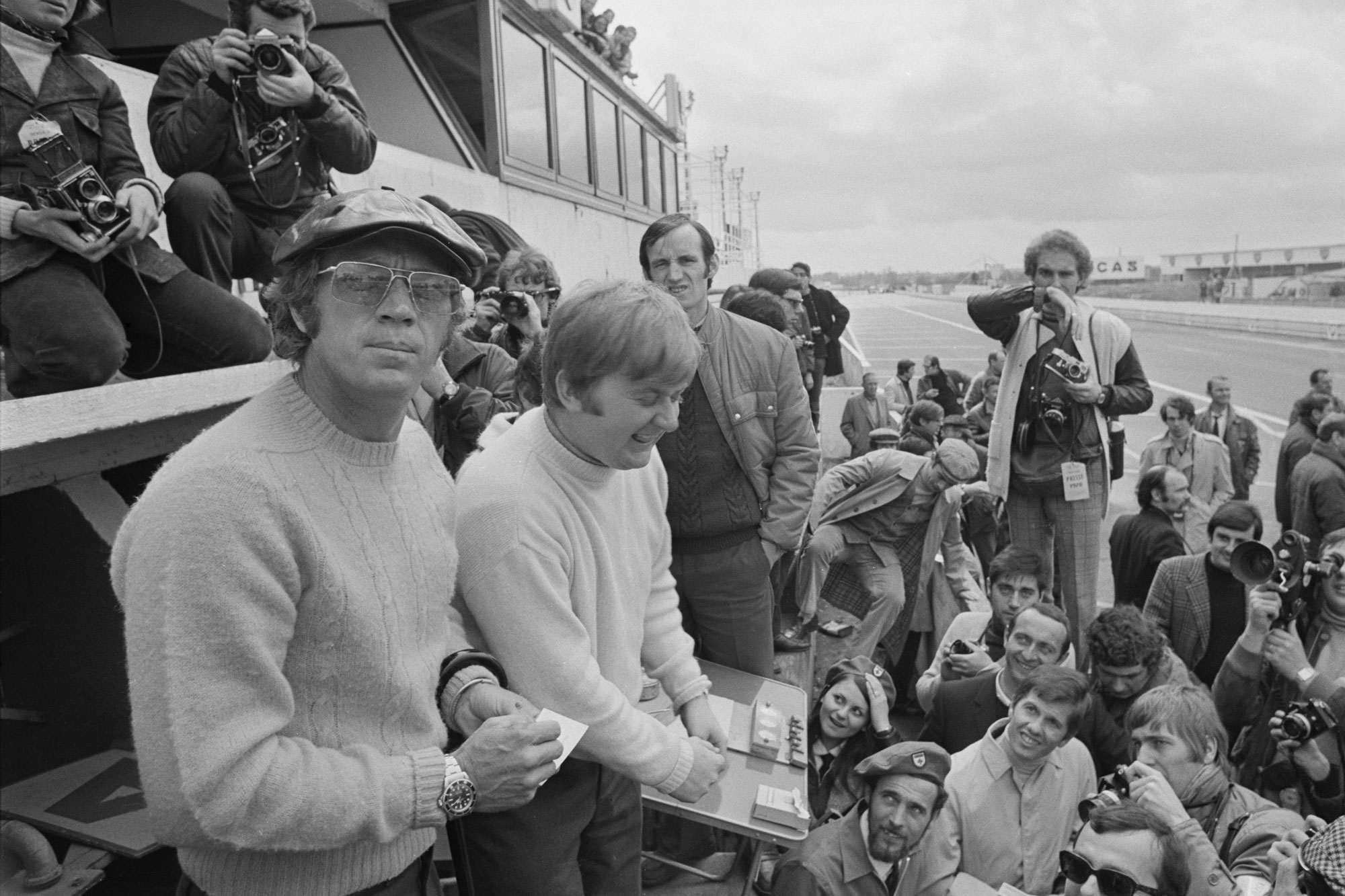 From Rolex to Tag Heuer and Back Again: The Watches of Steve McQueen
TAG Heuer Just Revamped an Iconic and Rare ‘70s Racing Watch 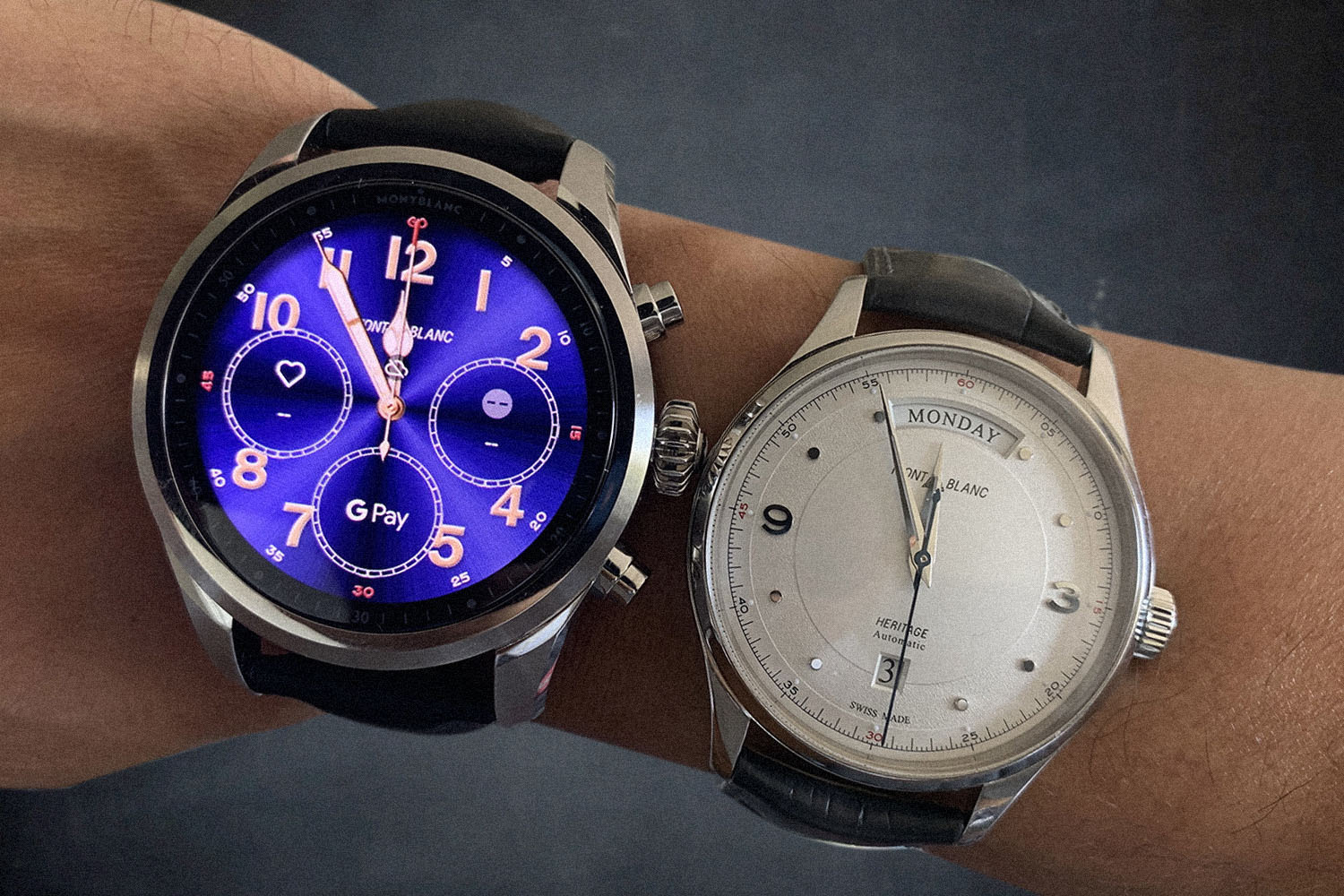 I Found the Perfect Automatic/Smartwatch Duo, And It Costs Under $3,500