I Found the Perfect Automatic/Smartwatch Duo, And It Costs Under $3,500

Dress watches and activity trackers both have a place in your life, and Montblanc makes the ultimate pairing

I’ll preface this piece by saying there’s absolutely nothing wrong with an inexpensive quartz watch, but if you’re new to watch collecting or just want a timepiece that’s capable of ticking as long as you, you’re probably thinking about something automatic. The first hurdle, then, is not finding something you like, but something you like that’s also affordable. When I bought my first proper automatic watch, I soon found it had a limited role in my life. It wasn’t versatile. I needed a watch not only for Saturday nights, but also for running, swimming, tinkering on cars and general dad stuff. My new watch just didn’t fit the bill. Even though the automatic watch I had bought was in the “tool watch” category, it’s really a misleading title these days, especially when “tool watches” have sapphire crystals and bracelets that cost in the hundreds. Combine those features with the cost of maintenance, and most modern “tool watches” are anything but proletariat.

So what if — for the cost of a decent automatic watch, say $3,500 — you could actually get two watches? One for daily wear, sport and work, and the other for more dressy occasions, which during the pandemic means actually getting dressed, not just throwing a shirt over your underpants for Zoom meetings. This is a very sensible way to buy watches, and I believe I’ve identified the perfect company for it.

Montblanc has been on my radar for awhile. Their boutique is a one-stop-shop for pens, briefcases, wallets, watches — pretty much all the things I traditionally shop for. After a deeper dive into the watch side of their business, I decided to try out a couple of different models for a week to see if they could indeed cover all the aspects of life in which a timepiece is useful.

Although there are just under two dozen automatic watches on their website, ranging in price from $2,270 to $6,200, I tested the Heritage Day Date, which comes in at $2,580, and Montblanc’s answer to the smart watch, the Summit 2, in brown steel and leather, which costs $995.

I’ve always wanted a watch with a day date complication, and to find one with a decent movement that’s affordable and doesn’t look like it belongs on the wrist of someone in a Malibu nursing home is quite difficult.

Montblanc also included a fountain pen for me to try out, which I happily did, writing a couple of long overdue thank you notes. If you haven’t written with a high-caliber instrument before, it’s like getting out of the cheapest rental car and getting into a Rolls-Royce. If you write a lot, you’ll find the effortless glide of the nib across paper rather responsive and tactile, almost sensual. The weight of a good pen also anchors the hand and wrist in a way that plastic pens do not. But back to watches …

I’ll start with the smart watch, as right out of the Alpine-inspired packaging it impressed. At 42mm it’s a good size: big enough for the touch screen to be practical, but not so large it looks like you’re wearing a salad plate. The colors were distinct, though taking the Summit 2 for a run in the late afternoon sunshine, I found it near impossible to read my heart-rate, pace and other fitness related data. The operating system is Wear OS by Google, which you may love or hate. I liked it, because I could use the Google translate feature really quickly, which is handy if you’re trying to learn a language (which I am). I also enjoyed the watch’s touchscreen system, which makes it easy to go from paying for coffee to reading a message. Many other smart watches are push-buttons only, so that after a while, navigating from one feature to the next feels like Morse code.

This is the only watch I’ve reviewed in the past year or so that I received daily compliments on. It’s easy to see why. Let’s start with the strap: buttery leather discreetly stitched, while the clasp is engineered to perfectly “click” each time you put it on. The buckle can also be sized to your exact wrist measurement — there are no pre-made holes which only get you close to the perfect fit. The stainless steel case with Brown PVD coating looks like nothing else on the smart watch market, though my favorite physical feature of the Summit 2 was the woven rotating crown, which resembles a tiny hair net. 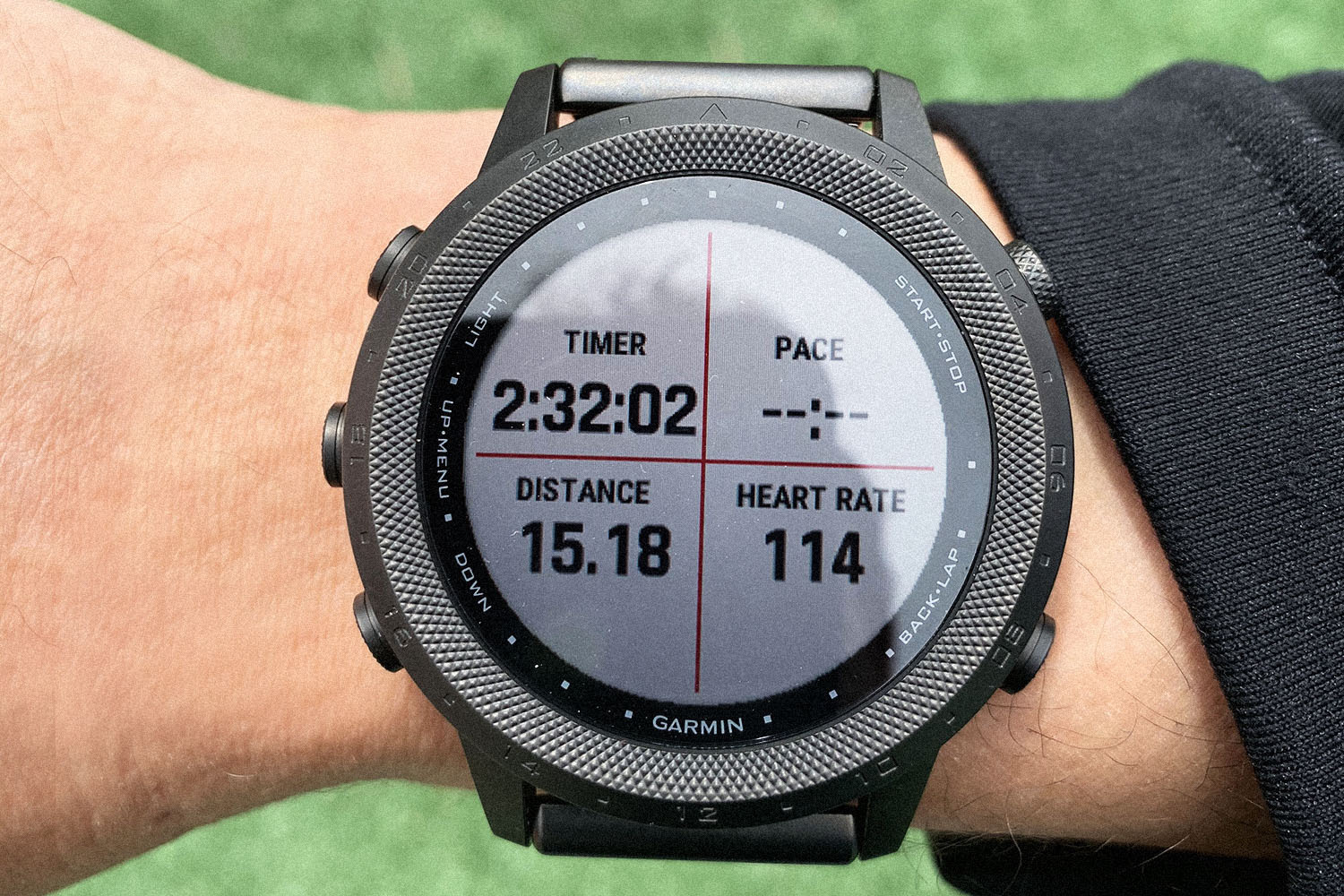 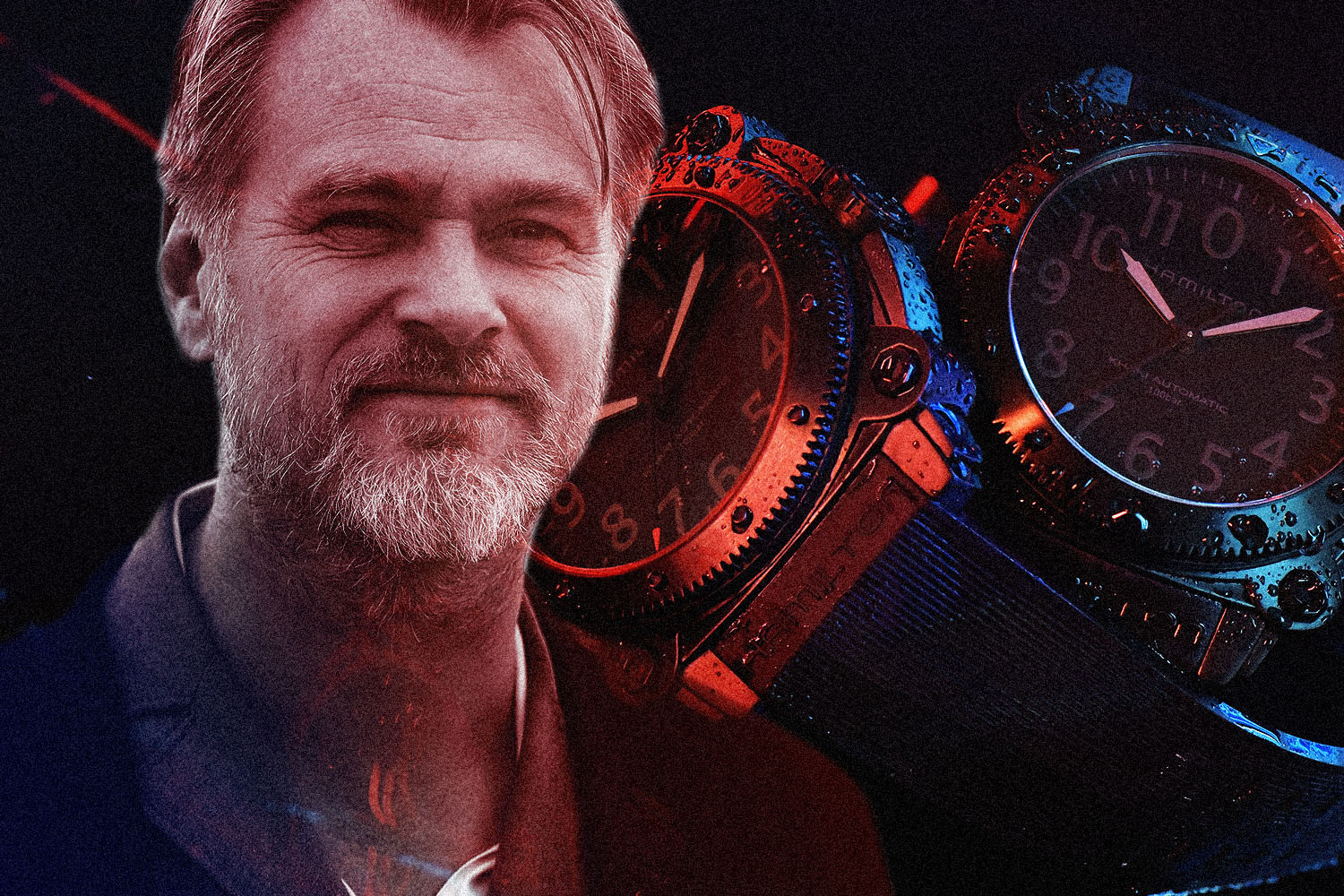 When Did Christopher Nolan Become a Watch Guy?

In my opinion, it’s very hard to make a smart watch elegant; they tend to be either too sporty or too futuristic looking. But with the Summit 2, Montblanc seems to have achieved the near impossible.

However, while it has the compulsory smart watch features (wrist-based heart-rate sensor, microphone, altimeter, gyroscope, etc.), the water resistance is disappointing, at just 5ATM. While some of you might feel that’s fine for a shower or splashing about at a swim-up-bar, I personally wouldn’t take the chance. But aside from that and the decreased readability in direct sunlight, I would still consider it. Although it’s not the sports watch I hoped it would be, during the pandemic, the available apps, smart pay features and easy message retrieval made it practical, while the effortless blend of elegance and ruggedness is a style other smartwatch makers simply have not achieved.

The Heritage Automatic Day Date, which I had initially pegged as a dress watch, actually felt more sporty than I thought it would, with its 39mm case, water resistance equal to that of the Summit 2 (5ATM) and 1950s tool-watch styling. By “tool watch,” I mean surgical instruments, not hammers and nails — this is the kind of timepiece I can imagine being handed down in a family of pharmacists or obstetricians, as the silvery-white dial with “rhodium-coated Arabic numerals and indexes,” along with a second hand that possesses all the beauty and efficiency of a hypodermic needle, make for a lovely, science-inspired watch.

If you only had a couple of thousand dollars to spend on one timepiece to wear all the time, this wouldn’t be a bad choice. But you’d have to love it — some men will inevitably find it too subtle. In my opinion, the Heritage Day Date exudes an air of sophistication and intelligence, with tiny, finely crafted details, such as the tiny mountain icon beneath the day complication, that marvelous sweeping second hand, and the obvious high quality of the strap and buckle. The engine is a MB 24.18 with a 38-hour power reserve.

I’d say that both watches exceeded my expectations in terms of style: Montblanc’s craftsmanship and commitment to luxury details really make each piece stand out. The water resistance was disappointing, though, especially on the Summit 2. If you like what the company is offering, buying them as a pair will give you a ton of versatility, though you can’t go wrong with one or the other, depending on your lifestyle. The beautiful Heritage Day Date is more suitable for daily wear, but the Summit 2 — while slightly lacking as a sports watch (readout and water resistance) — is still undeniably handsome and practical. Both represent great value in the contemporary horology market, especially at the current price points.