The Story Behind a Viral Airbnb Treehouse an Hour From DC

An exceptional mid-pandemic pivot, and a totally DIY’d project

Will Sutherland is no body builder. He’s no gym rat, either. But the 37-year old West Virginian, who stands 5’9” and 150 pounds, built a treehouse by hand — and by himself. Not just any treehouse: an income-producing treehouse that he rents out to guests from all over the world. It’s been booked each weekend since its debut in April.

It was “a dream project” that the pandemic made possible, Sutherland says. “I had this spot in my yard in mind, since I first moved in [in 2011], and it just screamed, ‘Build a treehouse here!’ And it was one of those things that I knew I probably would never get to in my life.”

Ten years later, furloughed during COVID from his job as an audio-video tech at Charles Town Races and Slots — a job he’d had for more than 13 years — Sutherland spent seven-and-a-half months and $15,000 building the treehouse. His new property is so busy that he expects to pay off the investment by the end of the year. According to the stats provided by Airbnb, between 11,000 and 30,000 people a month look at his listing; the treehouse is booked through the end of April 2022, with a reservation for mid-June 2022 already.

“We had a cancellation for the first week of July [2021]. It was a lady coming from India and she had to cancel. And then as soon as she cancelled, within half an hour someone had booked.” It’s $167 per night. “I don’t want to charge an arm and a leg, but I literally had to up the price because of the demand, and it is my sole income right now,” says Sutherland of the property listed as “Cozy West Virginia Treehouse,” on Airbnb. It’s the only platform he’s on. The treehouse already has 66 reviews and a five out of five rating.

Sutherland says he spent most of his time catching up on small projects around the house after he was first laid off. “And then I got caught up. It started to sink in that I’m not going back to work.”

He’d already built a skoolie — a school bus converted to a tiny house on wheels — and had written a book about it, Skoolie!: How to Convert a School Bus or Van into a Tiny Home or Recreational Vehicle; it’s listed on Airbnb as well. The converted school bus was doing so well, he thought, “Why not jump in headfirst and build a treehouse? I didn’t think about it too much,” he says. He ordered a treehouse attachment called a TAB (treehouse attachment ball) and the Garnier Limb (an attachment that helps support the treehouse without hurting the tree) for around $600. “And I thought to myself, This is me making a commitment,” says Sutherland of the investment. “And everything else after that was just pure energy, excitement. Wanting to build it myself. I just dove in.”

How he did it

Sutherland says he worked on the treehouse pretty steadily from the middle of August 2020 through February of this year. “I carried every piece up there by myself. Every single piece of the floor, the roof trusses, the floor trusses, the big quad beam that’s supporting the front of the treehouse. I put those up individually and bolted them together to make them [function as] one big beam, so I didn’t have to break my back moving something that was too heavy to pick up myself.”

Mostly self-taught, Sutherland says he spent countless hours from seventh grade though his college summers working for a Mennonite family on a nearby property, learning everything from gardening to construction. With his own sawmill on his property, he says he was able to source a bunch of cedar logs from a friend who was having a house built; he milled all the cedar for the siding and the interior trim himself. He also says he did a lot of upcycling for his treehouse build, including using upcycled windows. Most important to his budget, he was able to buy most of the materials before the lumber prices spiked due to supply chain issues caused by the pandemic.

By the time March came around, it was all about the details: furniture, a fire pit, an outhouse. His then-fiancé, Sabrina (they were married in September), who works as a horticulturalist for the State Arboretum of Virginia, dug in. “She definitely was there with me through painstaking work, such as the floor finishing and trimming some boards, and she was by my side and every day when she got home from work.”

The treehouse is 165 square feet, with a single queen bed. There’s also a loft, which provides another 60 square feet; Sutherland describes it as a bunkbed because it’s so small and you can’t stand up in it, but is great for kids. A window-unit air conditioner helps keep the living area cool in the summer, while an electric heater is available for those who stay in the colder months.

The tree itself sits on a little rock ledge. The front of the treehouse is about 16 feet above the ground, while the back is about 10 feet up. The steps to enter the treehouse are a little steeper than the average staircase, according to Sutherland, so he welded grips to the metal railings to assist with stair-climbing. And there’s an emergency exit on the back of the treehouse.

“And now here I am, bringing cool people into our state,” says Sutherland of his accomplishment. “I’m super happy about that because I feel like I’m doing my part for the community and for the state. It’s just an honest business that’s good for the guests, good for the host, good for the community. All that good stuff,” says Sutherland, who adds that he’s decided to go into the hospitality business full time. “I’m thinking about making a third Airbnb. I have a lot in mind on my property, but it would be like a miniature frame structure, something really just geared towards couples and something cute.”

As for the process, which was painstaking at times, Sutherland says it taught him some simple life lessons. “I’ve really gotten smart with taking things one step at a time. I didn’t rush or get discouraged. I just took one little step at a time.” 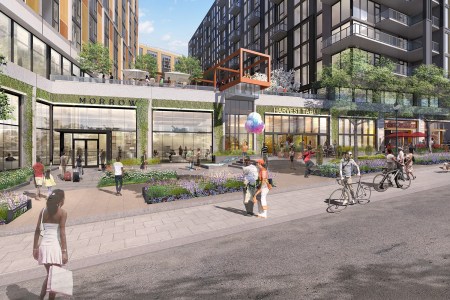 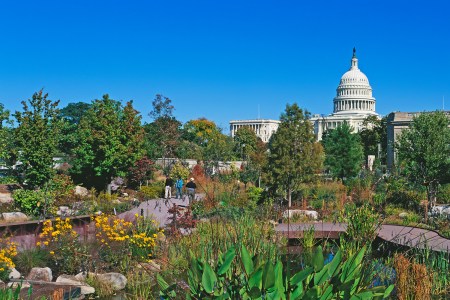