The Waldorf Astoria Lets You Drive a Lamborghini Through Rome

The free service is available to VIP guests. RealClearLife takes you behind the wheel.

I once toured Rome to research and write an assassin’s history of the Eternal City. Amidst my exploration of the 5,000-year-old international epicenter of violence and lust, religion and fine art, I came across another journalist acquaintance on-hand to write about movies and television shows in production around town.

The Brooklyn-based entertainment scribe needed to get around extensively between the town’s famed Seven Hills, so he rented himself a stripped down Fiat 500. The car left him less than enthused as he zipped around the insane Italian traffic. He shrugged off his disappointment with a declaration that disqualified him from ever expressing an opinion to me on anything, ever again: “Yeah, Italy doesn’t really have much of a car culture.”

He deserves to fight for his life in the Coliseum for that — if they still allowed for that sort of thing. It’s true the Italians did not invent the automobile. They did not perfect assembly line mass production. But, no nation on Earth shows more raw passion and dedication to the aesthetics of cars and the pleasures of driving.

And, no automaker demonstrates that devoted culture of Italian motoring than the flashy, insane creations of Lamborghini. Ultra-styled, aggressively loud and entirely impractical except for the sheer exploration of irresponsible speed and the tactile joy of car tuned for maximum driver input.

Recognizing the engineering achievement every Lamborghini represents when it leaves its Bologna home, the denizens of Rome and Italians far and wide hold the supercars in high regard. To experience that celebratory loyalty firsthand, I took the wheel of a 2018 Lamborghini Aventador S Roadster around the heart of Rome to soak up the adoration of the locals.

I set up shop high over Rome in view of St. Peter’s Basilica thanks to the Waldorf Astoria Hotels and Resorts Italian HQ –- the elite Rome Cavalieri. A sprawling five-star hotel and spa, the Cavalieri is Roman inch by inch. Sporting ample marble pillars, statue-lined pools and a massive collection of classical art, the venue seems absolutely comfortable within its classic, reserved atmosphere.

So, it’s a surprising place to find a squad of Lamborghinis parked outside and waiting to take this writer down the Villa della Conciliazione. Waldorf Astoria had the cars in town specifically for their supercar driving experience.

The event tours between hotels in the group from month to month, offering Waldorf Astoria guests the opportunity to drive the world’s most thrilling automobiles.

I took a crack at the latest $417,000 Aventador Roadster, taking a tour of Rome in the cramped quarters of the mighty Italian convertible. The driving experience meets every expectation. Acceleration is immediate from the naturally aspirated, 6.5-liter V12 engine sans any turbo lag. The handling is surgical, merging driver with machine in an immediate marriage of intent and capability.

Only a couple stretches of the drive route allowed for any semblance of opening the throttle up for the Aventador – but there are few legal public driving spots on Earth where a driver can play with a 740-horsepower power plant with a 0-60 mph time of about 3 seconds and a top speed of 217 mph.

It didn’t matter because driving the car was never about pretending I was at Le Mans. It’s about revving the engine in front of throngs of approving tourists at every stoplight.

There is no way anyone with eyes in the head can miss a Lamborghini. They puff their chests out at the world with primary colors, jutting fenders, angled grills and stealth bummer lines. When they stop at a crossroads, they still look like they’re moving. Looking around from the driver’s seat through my proper Italian sunglasses, I was met by endless thumbs up and cellphone cameras. The most dedicated pedestrians asked me to linger curbside on occasion for the odd group selfie. I was more than happy to oblige before heading back to complete my circuit.

I reserved the highest pitched barks of the car’s massive engine for the kids. Every press down with my big toe was gleefully met with wide young eyes and plummeting jaws.

Shockingly, the Waldorf Astoria Driving Experience is absolutely free for guests who pre-book it when the event happens to be on location at a given hotel. The special amenity tours the world year-round, following the weather — giving you or anyone with the gumption the chance to entertain the locals. 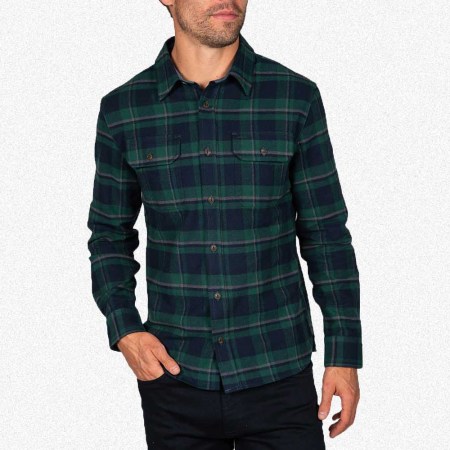 Save 40% on New Fall Styles at Jachs NY

How the Best Memes of 2020 Are Embodying a Chaotic, Terrible Year
Take 40% Off United by Blue's Bison-Insulated Outerwear
For 36 Hours, Shop $100 Cashmere Sweaters at Everlane
These SEAL-Approved EDCs Are Up to 40% Off
Meet the Prepsters: Inside the World of High-End Apocalypse Gear
One of Our Favorite Chore Coats Is $48 Off