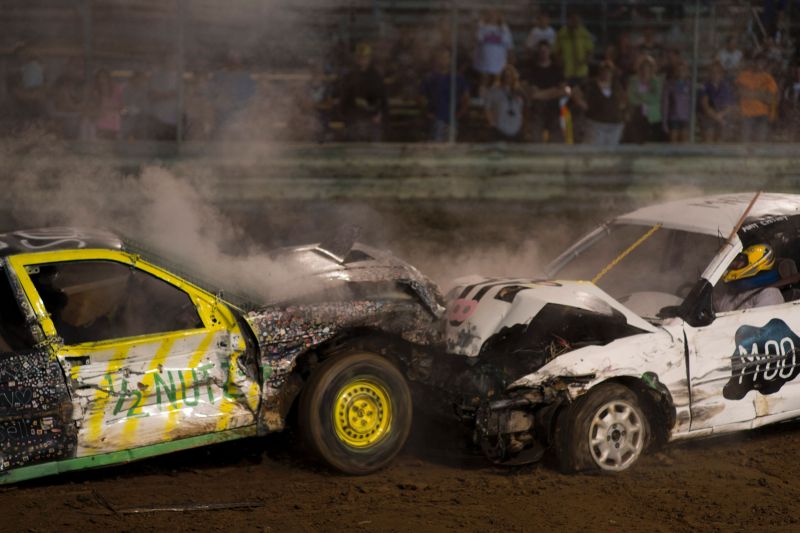 In the tiny Pennsylvania town of Ebensburg, deep in the heart of America’s Rust Belt, 80 cars signed up for the demolition derby at the Cambria County Fair.

By the end, there were only two winners — and 80 wrecks.

Few sports are as emblematic of the simple American life of yore than the demolition derby, where the goal is to be the driver of the last car standing — having destroyed all other cars in a deafening battle of metal on metal.

More than 4,000 people paid $8 to sit in the stands and enjoy the spectacle of revved-up engines, crushed fenders, flying bumpers, and exploding radiators. 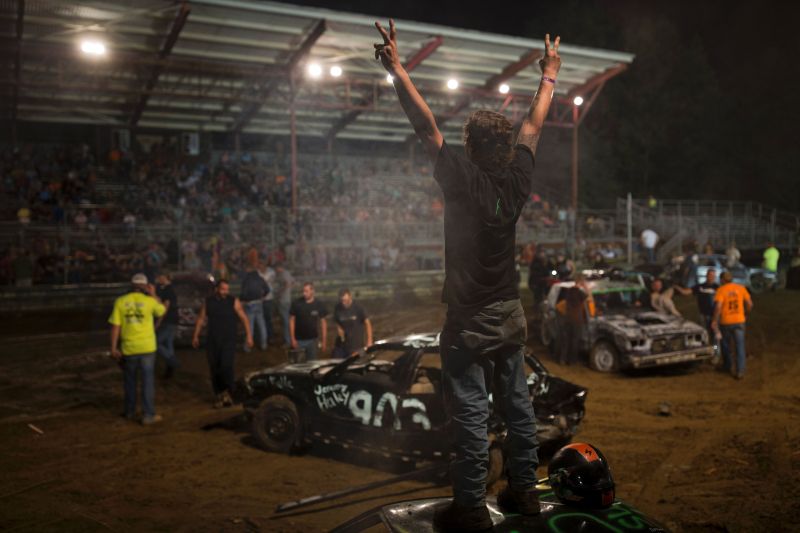 There are hardly any rules in this motorized slamfest, split into two categories: four- and six-cylinder engines.

Each round began with about seven or eight cars lined up on the sides of a rectangle of earth about a hundred yards long.

At the start, the drivers put their cars in reverse as fast as possible in an attempt to hit other cars accelerating in the opposite direction.

The first of scores of crashes follow, with the nastiest triggering “Ohs!” and “Ahs!” from the crowd. 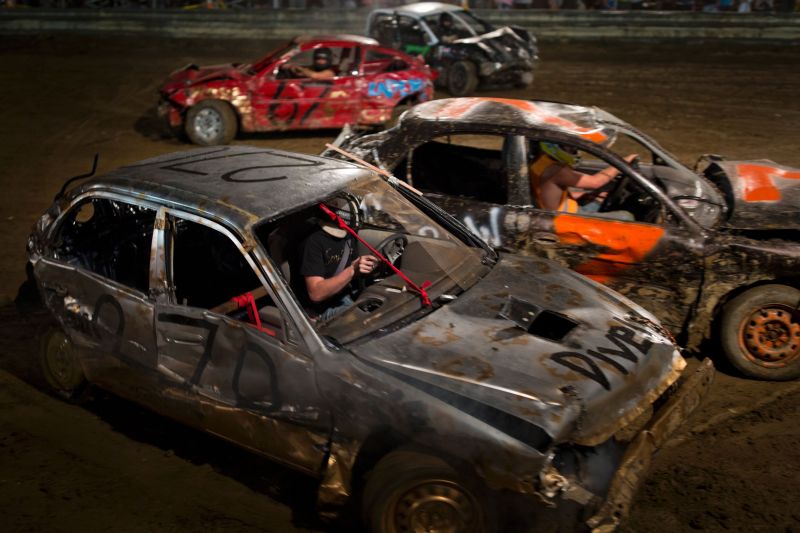 Each driver must wear a seatbelt and a helmet. The cars — recovered from a junkyard or bought for a few hundred dollars — cannot be specially reinforced and their interiors must be stripped. The hood is chained down to keep it from flying off.

It is forbidden to smash the driver-side door. The rest of the car is fair game.

“The most challenging thing is probably keeping your car whole,” said Jordan Storm, 20, a heavy-equipment operator whose fuel pump unfortunately went out.

The bumpers are the first to fly off. Then the tires blow out. The engines die in a gasp of white smoke. A couple of cars catch fire. A derby official halts the frenzy so a dozen firefighters can douse the blaze with extinguishers.

Then the battle resumes.

For Storm, what was the best moment of the night?

“I hit that guy so hard, he came up on my hood and his tire was this close to touching my steering wheel,” he said, still buzzing with adrenaline. “It was pretty fun, I liked it.”

One after another, the smashed-up carcasses pile up in the mud… until there are only two still operating. The surviving vehicles are wheezing after 15 minutes of booms and bangs. 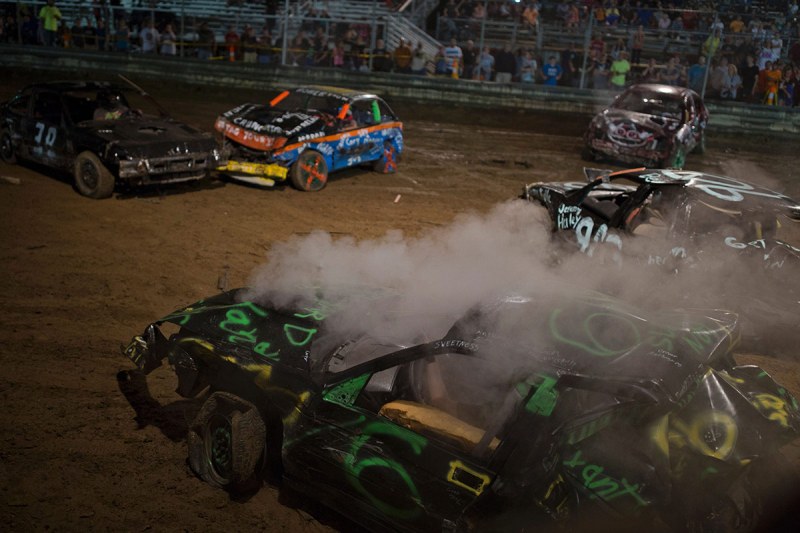 The back end of one of the finalists in the six-cylinder category, “1/2 Nutz,” is bogged down in mud, its tires flat and the suspension broken long ago. The front end of rival “Moo” bashes into its rear, already hit dozens of times.

For a few terrible seconds, the driver of “1/2 Nutz” is stuck: the sound of his desperate clicking on the ignition to restart the car is heard. “Moo” meanwhile keeps bumping “1/2 Nutz.” A minute passes, the time in which the rules say a car must strike another to avoid elimination.

“Moo” — a 2001 Ford Contour — is declared the winner of the six-cylinder category at the derby. When the driver emerges, removing her helmet is a 44-year-old woman, Amy Chesney.

“Strategy, that’s about it,” explained Chesney, who at 6:00 am the next day will be back at work at a nearby shoe factory.

One of the demolition derby officials, John Pratt, has been judging races for 25 years in Pennsylvania, West Virginia, and Maryland. With 80 cars, this event has been his biggest competition of the season.

Some derbies pit bigger vehicles against each other, such as heavy trucks and minivans.

The former volunteer fireman was nostalgic for the days when drivers were less strategic. “They’re pussy-footing around,” Pratt said, pining for derbies where most vehicles were decimated in a minute.

Watch what it’s like to be in the seat of a derby car in the video below.