Oh, this old thing? It's only got 603 horsepower and a top speed of 186 mph.
Mercedes-Benz USA
By Benjamin Hunting @huntingbenjamin

Outside of Volvo, which might as well incorporate a long-roof silhouette into its logo, no automaker has kept the wagon-love alive in America as long as Mercedes-Benz. The Silver Star has featured wagons in its portfolio every single year dating all the way back to the 1970s, and it continues to do so today despite the SUV tsunami that has decimated this once-proud family transporter in nearly every other showroom.

In fact, one of the brand’s perennial performance superstars has gone against the grain by assuming wagon form over much of the past two decades. Since 2005, Mercedes-Benz’s in-house AMG hot-rod shop has brought an absurdly quick version of the E-Class wagon to the United States, featuring brutal power from a series of ante-raising V8 engines.

If you’re looking to build a legend, then choosing an almost-overlooked platform as your starting point, giving it gobs of power and poise, and then selling only a handful each year is a solid strategy. That Mercedes-Benz has chosen to stay the course with the latest iteration of its E-Class hooligan — the 2021 Mercedes-AMG E 63 S 4MATIC — is a testament to how much respect is afforded the wagon world’s longest-serving track star.

In 2021, the super-fast station wagon space feels surprisingly crowded. The Mercedes-AMG E 63 S 4MATIC nestles in alongside the Audi RS6 Avant and the Porsche Panamera Sport Turismo in the 600-horsepower hauler club, a slice of the six-figure luxury market that just a short time ago was the exclusive province of AMG. 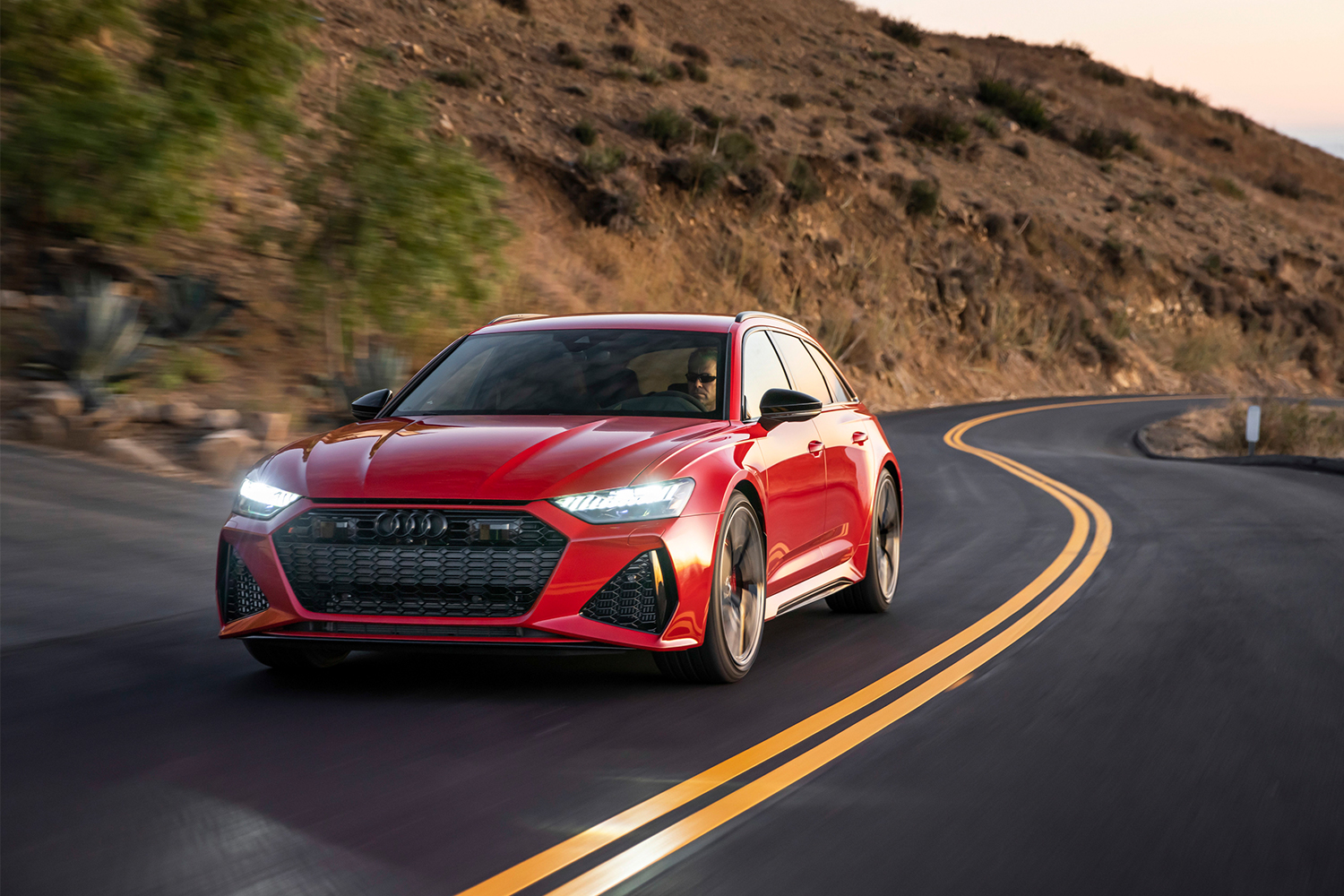 Undaunted, the updated E 63 S has little to fear from its new rivals on the spec sheet. Built on the same platform used by the AMG GT63 S “coupe” (of the four-door variety), the wagon benefits from a 4.0-liter twin-turbo V8 that churns out a ferocious 603 horsepower and 627 lb-ft of torque, which in concert with its standard all-wheel drive system and nine-speed automatic transmission give it the kind of escape-velocity speeds that allow it to nearly match land missiles like the Chevrolet Corvette C8 Stingray and the Porsche 911 Turbo off the line.

Should you find yourself tempted by Utah’s salt flats or, say, a very long stretch of desert highway, the E 63 S also allows you to sample what it feels like to touch 180 mph with a full 64 cubic feet of groceries stuffed in its massive cargo area. That’s three more cubes and six miles per hour faster than the similarly sized, but taller and heavier, Mercedes-AMG GLE 63 S SUV with which the wagon also shares its mechanical details.

With all of that power on tap, it’s not surprising that slow and smooth is not particularly within the Mercedes-AMG E 63 S skill-set when being driven within the limits of local traffic laws. Selecting “Comfort” from its many drive modes (which include two different “Sport” settings as well as a “Race” and “Drift” option) reveals occasional hesitancy from the nine-speed autobox at the low end, manifesting most often as a slight shudder that breaks through the calm surface of the car’s mostly placid suspension tuning.

Dip your toes in the Sport side of the pool, however, and the E 63 S reveals the full depths of its accelerative potential. The horizon never seems to stop screaming towards your face as long as the gas pedal is pinned to the floor, and should topographical concerns dictate a feint to the left or the right then the excellent grip provided by its massive 20-inch tires front and rear (not to mention the anchor that is its optional carbon-ceramic brake package) keeps the car firmly planted on the asphalt. 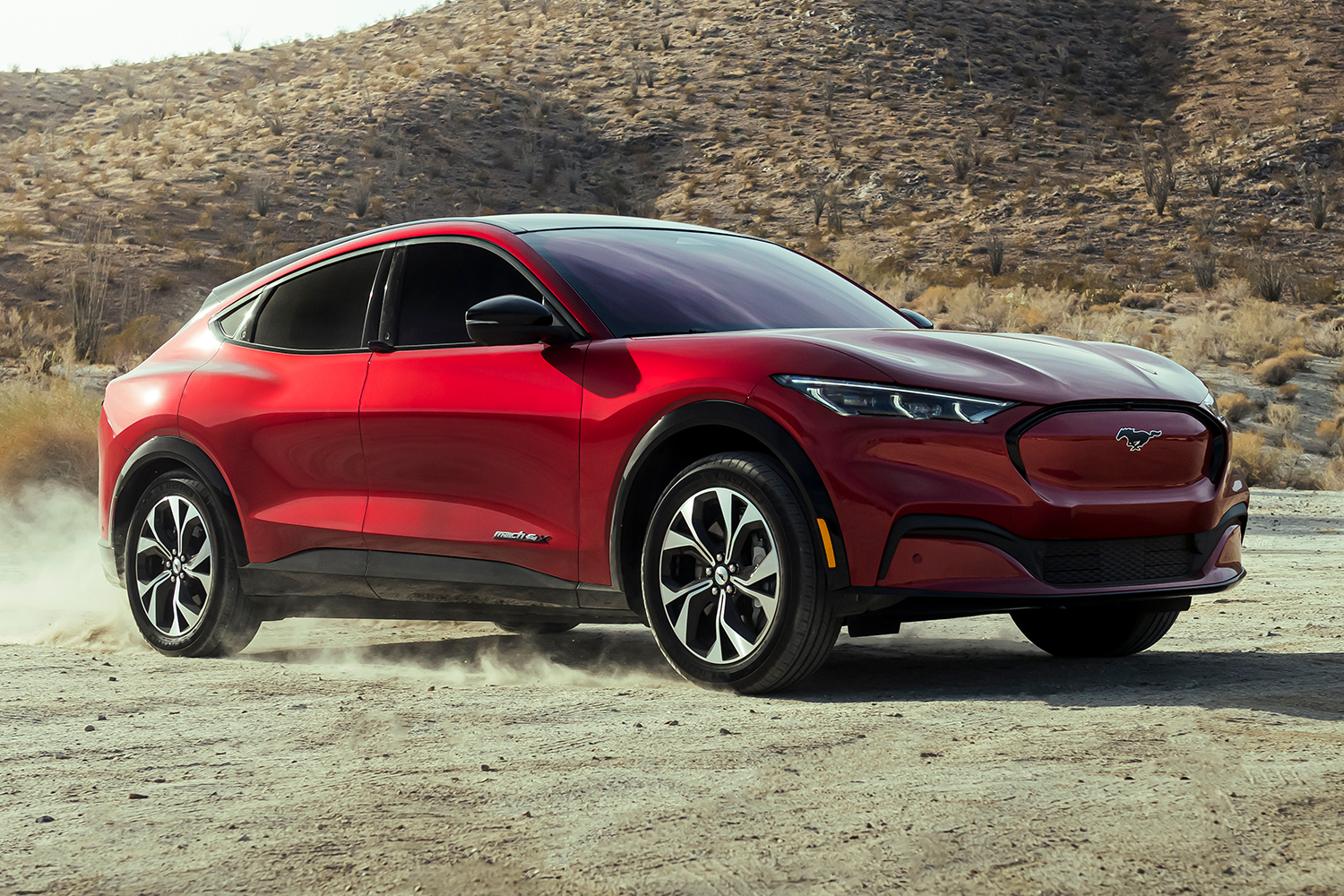 As with most modern luxury machines, much of the Mercedes-AMG’s action occurs at arm’s length. Driver and passengers are largely insulated from the outside world, and this includes sapping some of the adrenaline that would normally seep through into the cockpit of a lighter sports car. There’s not a two-door coupe out there, however, that can match the anti-social thrill of a big-bore station wagon doing its business, and that against-expectations character is an important aspect of the E-Class’s charms.

With a starting price of just over $112,000, the E 63 S wagon offers those sick of hyper-SUVs a chance to combine their pangs for performance with the day-to-day realities of their commute. While there are some frustrations that come with the Mercedes-AMG’s latest update — in particular, the overly complicated MBUX infotainment system and the bewildering array of steering wheel controls that come with it — at its core this is an extremely useful and ridiculously muscled machine that is virtually invisible on the street, even when outfitted with additional carbon-fiber accents as was my tester.

For some, the undercover aspect of the E 63 S (which stands in stark contrast to its extroverted Audi counterpart) is a big part of the appeal. In a sea of sport-utilities, it’s that much harder for radar-happy highway patrollers to pick up on a low-riding wagon sifting through traffic at super-legal speeds. By the same token, this Mercedes-Benz has almost but not quite been crowded out of its own showroom by these same heavy, hulking replacements for the working wagon class. It’s an unlikely hero hidden in a rocket-fueled niche nurtured by those maniacs at AMG who understand that nothing exceeds like excess. 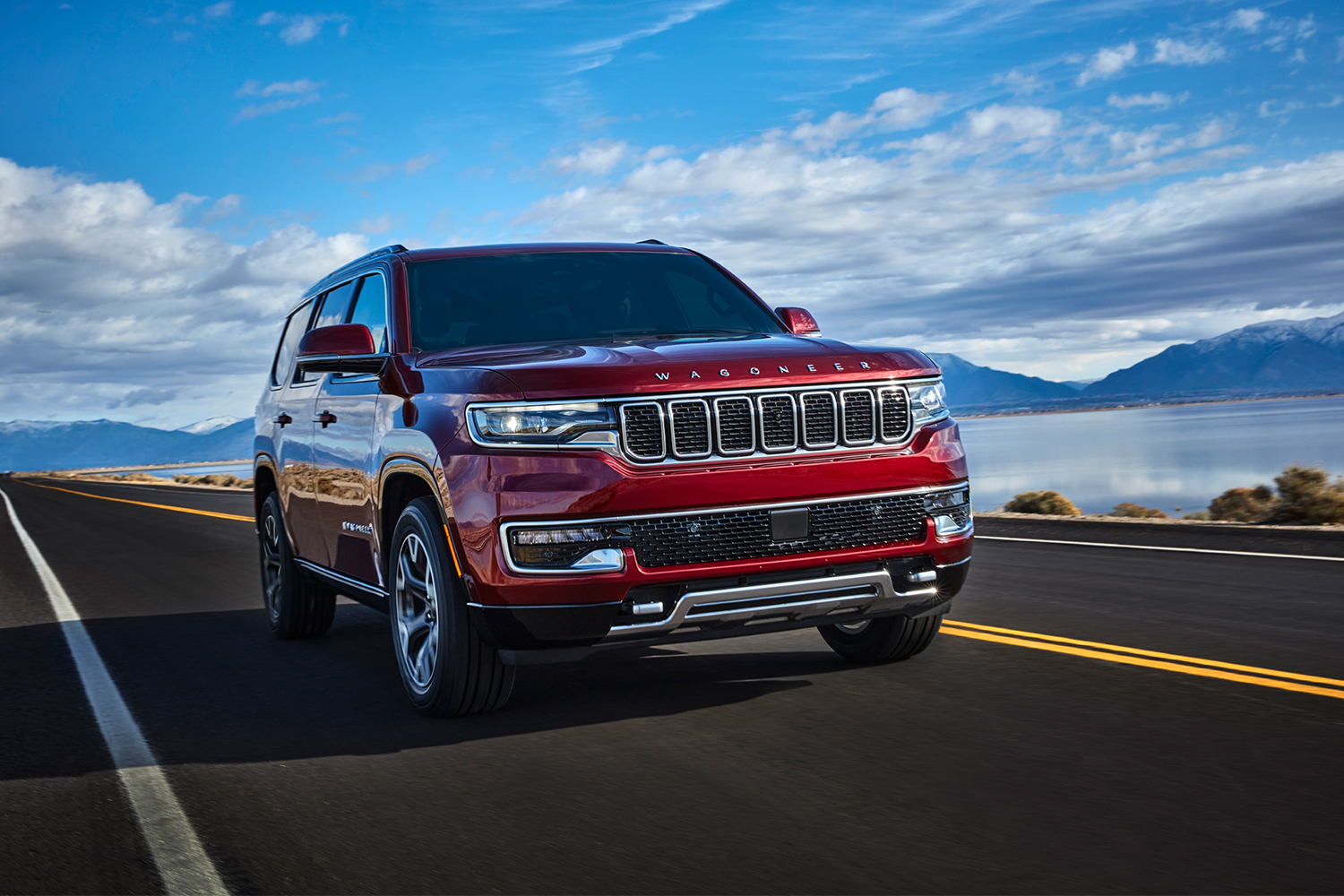 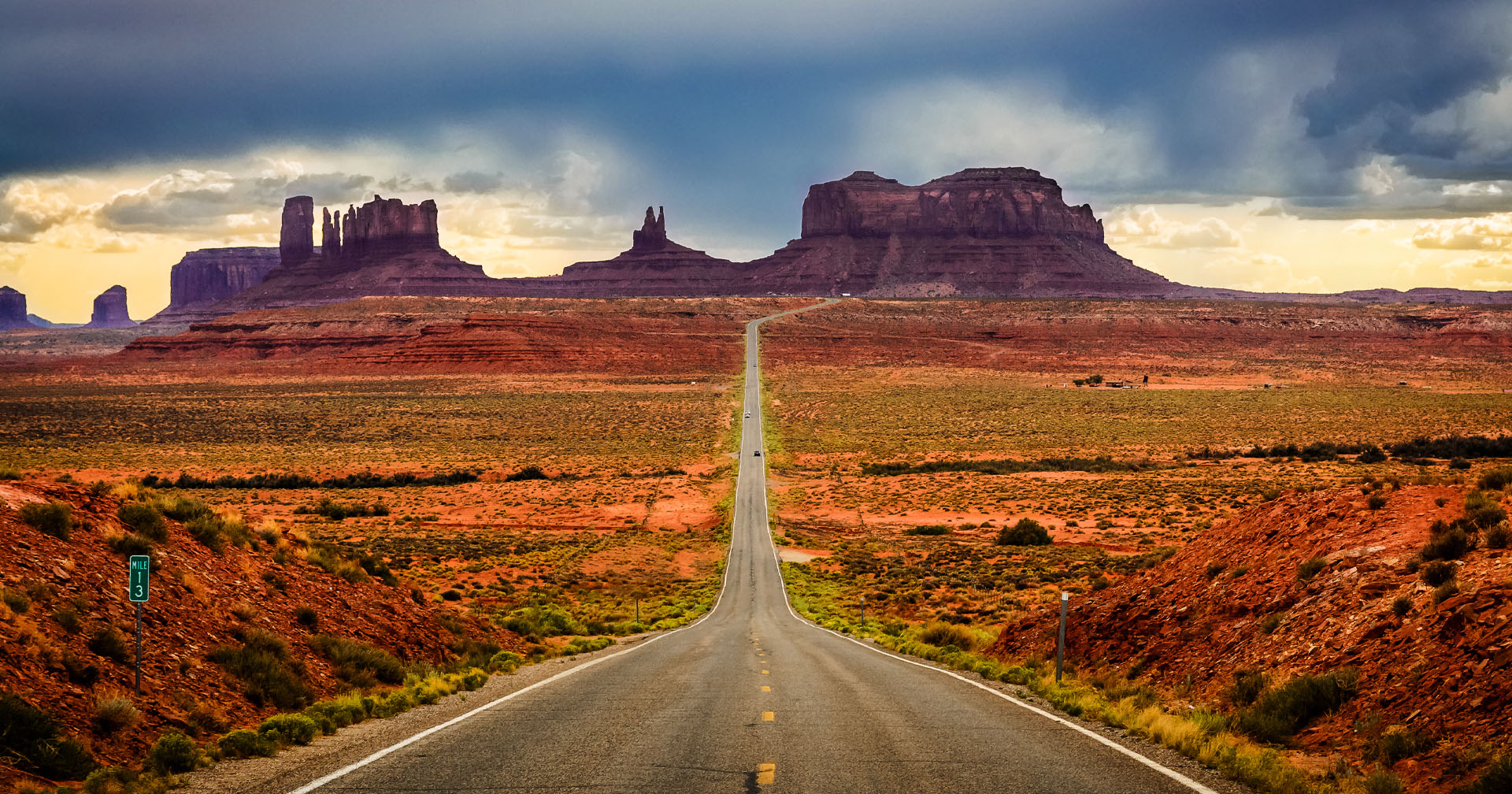 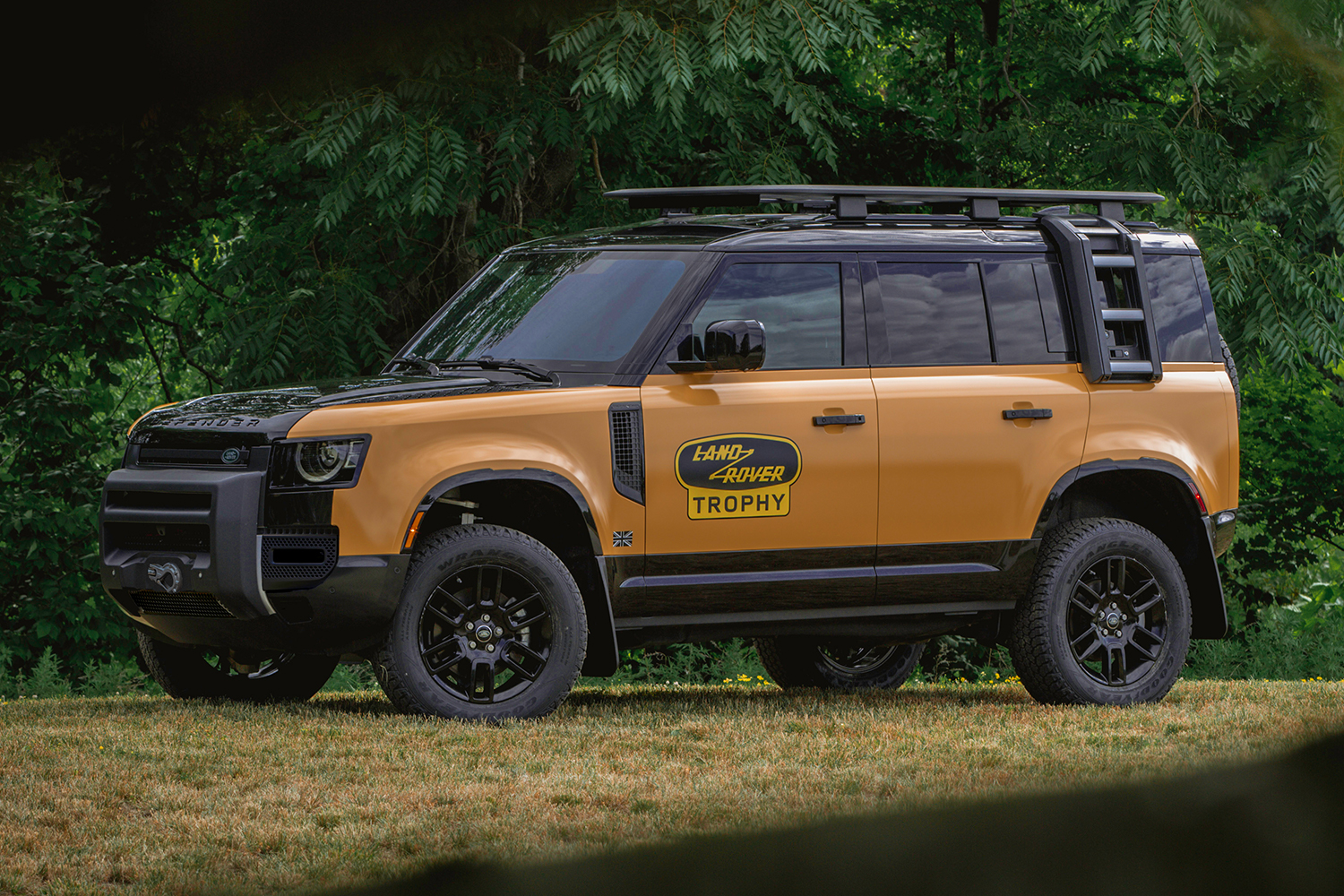