The Indian Scout Is Turning 100. This Sprint Racer Is Its Successor.

It's called “Appaloosa,” and it will race the Sultans of Sprint series 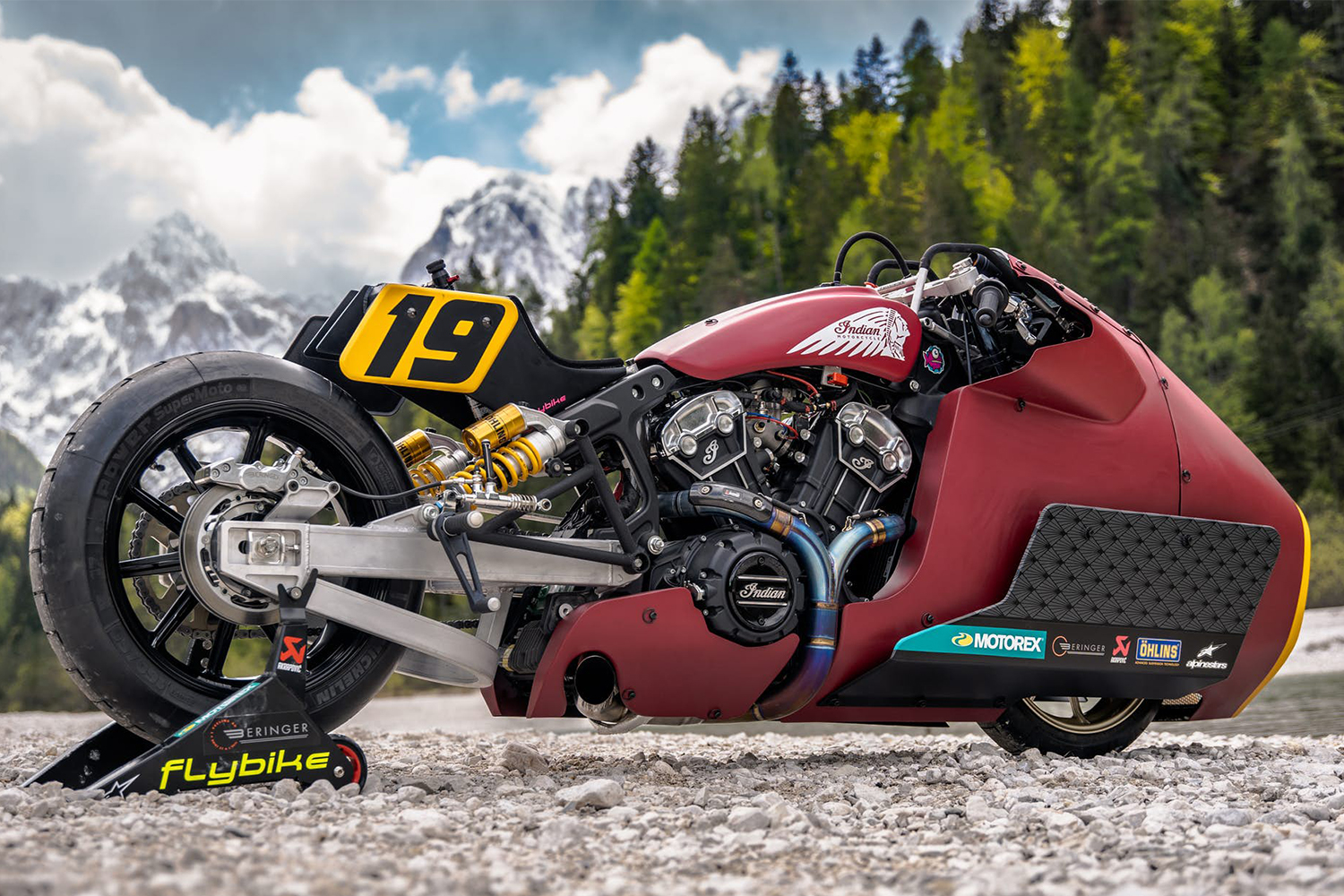 In 1919, the Hendee Manufacturing Company unveiled the first Indian Scout motorcycle. Then, in 1967, Burt Munro elevated it to legend status when he rode his highly modified version (which he bought 47 years earlier) to a land speed record. (Then, in ’05, Anthony Hopkins played him.)

Now, to celebrate the 100th anniversary of one of the most iconic American motor vehicles, the reborn Indian brand is creating a new, equally modified Scout. And like its forefather, this one’s gonna race.

It’s called “Appaloosa,” after the American horse breed, and similar to Munro’s Scout, this one won’t be modified by Indian. Instead, the brand commissioned Brice Hennebert of Belgium’s Workhorse Speedshop for the job. He’s a design wizard who has quickly gained notoriety for his custom bikes since going into business by himself in 2016.

“During the 2018 Sultans of Sprint series, I was really impressed with the bike by Workhorse Speedshop,” says Grant Bester, Vice President and General Manager for Indian Motorcycle EMEA in a press release. That bike: a completely bonkers, mutant version of the Yamaha XSR 700 christened the “Sakura.”

Brice’s build for Indian will also be entering the Sultans of Sprint series in the Factory Class. (If you haven’t heard of the event, it’s a European custom-bike drag race that rewards speed as well as creativity. The Factory Class is for four-stroke motorcycles, air- or water-cooled, with almost no engine capacity limit.) And the base bike for the Appaloosa is, naturally, the modern Indian Scout Bobber.

As Brice details in the video below, and as the photos make clear, just about everything has been modified on the Scout during its Noah’s Ark-ian 700-hour build; it goes much deeper than the retro jet fighter open nose.

First, the bike was stripped. Then, the fuel tank was narrowed, lower clip-on handlebars and drag-style foot controls were added, a new extended swingarm was designed, and the engine power was bumped up from 100HP to 130HP “with a combination of the Akrapovič exhaust, a racing ECU, Power Commander, direct intake, Nitrous Oxide Injection system and MOTOREX oil.”

Or as Hennebert puts it, “We just did a few adjustments and put a lot of nitrous in it.”

The Appaloosa debuted last weekend at the first Sultans of Sprint event in Monza, Italy with Grand Prix legend Randy Mamola racing the bike under number #19 — celebrating the Scout’s 1919 debut.

There are no plans as of yet for this bike to come stateside, but you can catch it in action at the next Sultans events this summer (June 22nd to 23rd at the Café Racer Festival in Monthléry, France and August 31st to September 1st at Glemseck 101 in Leonberg, Germany) as well as on display in the U.K. at The Bike Shed from May 24th to 26th and during Wheels & Waves in France from June 12th to 16th.

No word on speed yet, either, so we’ll have to wait and see if Mamola can match Munro.