LeBron James's history with the Hummer goes back at a 2003 H2.
GMC
By Alex Lauer @alexlauer

There’s a long history of NBA players scoring memorable car endorsements. In the classic tall-athlete-meets-tiny-car trope, you’ll find Wilt Chamberlain and the Volkswagen Beetle, as well as Kobe Bryant in a Smart Car. After Blake Griffin won the 2011 Slam Dunk Contest by clearing a Kia Optima, he became the face of the sedan, while LeBron James backed the brand’s K900 and Stinger GT. But now, the King is getting behind the wheel of something bigger.

“Any time I have any type of partnership, it’s always pretty simple: anything that’s organic and then is something that I have a good deal of respect for.” That’s how James describes being the face of the new GMC Hummer EV, an electric version of the famous turn-of-the-century gas guzzler making its public debut Tuesday night during the first game of the World Series.

“Organic” is the same word Phil Brook, GMC’s vice president of marketing, used to describe the partnership to Automotive News back in February when the King starred in a 30-second Super Bowl ad for the self-described “supertruck.” “This vehicle and LeBron have something in common in that they’re game changers,” Brook said.

If you know your history, though, there’s a much stronger bond between LeBron James and the Hummer than some marketing jargon. While neither the recent NBA champion nor General Motors have publicly acknowledged it, by endorsing the Hummer EV, James is quietly getting the final word in what was the first major controversy of his career — silencing the haters 17 years later.

You see, before the electric Hummer, the Kia Stinger GT and K900, James drove a Hummer H2.

It’s good to remember that while the H2 is now remembered as something of an amusement-park caricature of its Humvee beginnings, the SUV was actually a status symbol at the time. Arnold Schwarzenegger of course owned one, as did David Beckham and Adrien Brody; before Sharon Waxman founded The Wrap, she wrote about the difference between celebrities who buy H2s and those who buy Priuses for The New York Times: “… it is the rappers who just made their first couple of million dollars who are buying the $50,000 Hummer.”

Except when LeBron James got an H2 for his 18th birthday, he wasn’t a rapper, and didn’t buy it himself. As a senior in high school playing for the Fighting Irish of St. Vincent-St. Mary, he hadn’t yet started making his millions — though he had already been forecast as the No. 1 NBA draft pick. But there he was driving around Akron, Ohio, in a Hummer customized by celebrity dealership 310 Motoring out of Los Angeles.

“’Maybe in New York or L.A. it wouldn’t be such a huge deal,’” an anonymous source told The New York Times during the 2003 scandal. “’But when a high schooler is driving a Hummer in Akron, it’s a big deal.’”

A scandal, it was — and continues to be, in some respects. Here’s how CNN covered the H2 incident at the time:

The Ohio High School Athletic Association got involved because of a bylaw that states athletes lose amateur states when “capitalizing on athletic fame by receiving money or gifts of monetary value.” Essentially, people were worried that some outside party had gifted James the SUV while he was still playing high-school ball. But after a two-week investigation, it turned out that his mother Gloria had taken out a loan to buy the H2 for her son’s birthday. The case was closed.

That hasn’t stopped LeBron’s critics from using the Hummer controversy as one of the many jabs they’ve trotted out during the outspoken star’s long and storied career. Essentially, any time he speaks out about the disenfranchisement of Black Americans and other issues of racial justice, you’ll find some reply on social media or in the comments section along the lines of: “Who are you to talk? You drove a Hummer when you were 18!”

As with most internet arguments, that leaves out the key facts. James lived with his mother in public housing in Akron, and Gloria was only able to take out the loan to finance the Hummer because her son was a shoo-in for a huge NBA payday. The backlash, at least in part, stemmed from James becoming a household name at such a young age and not being shy about his success, as shown in an unearthed video ESPN posted on Twitter.

“You know, I’ve got everything in here,” 18-year-old James says while driving his H2. “I’ve got a Bose sound system, I’ve got this suede up top, I’ve got a DVD player in here for my people who want to watch some TV, you’ve got to have some video games in here.”

“But if anybody wants to invest in one, I’m telling you, gas is crazy,” he adds. “Takes you $40 to fill this thing up, man. It’s been killing me.” (That’s in 2003 money, folks. The H2 got about nine miles per gallon in real-world driving.) That goes for whoever bought it when the car was auctioned in 2018. 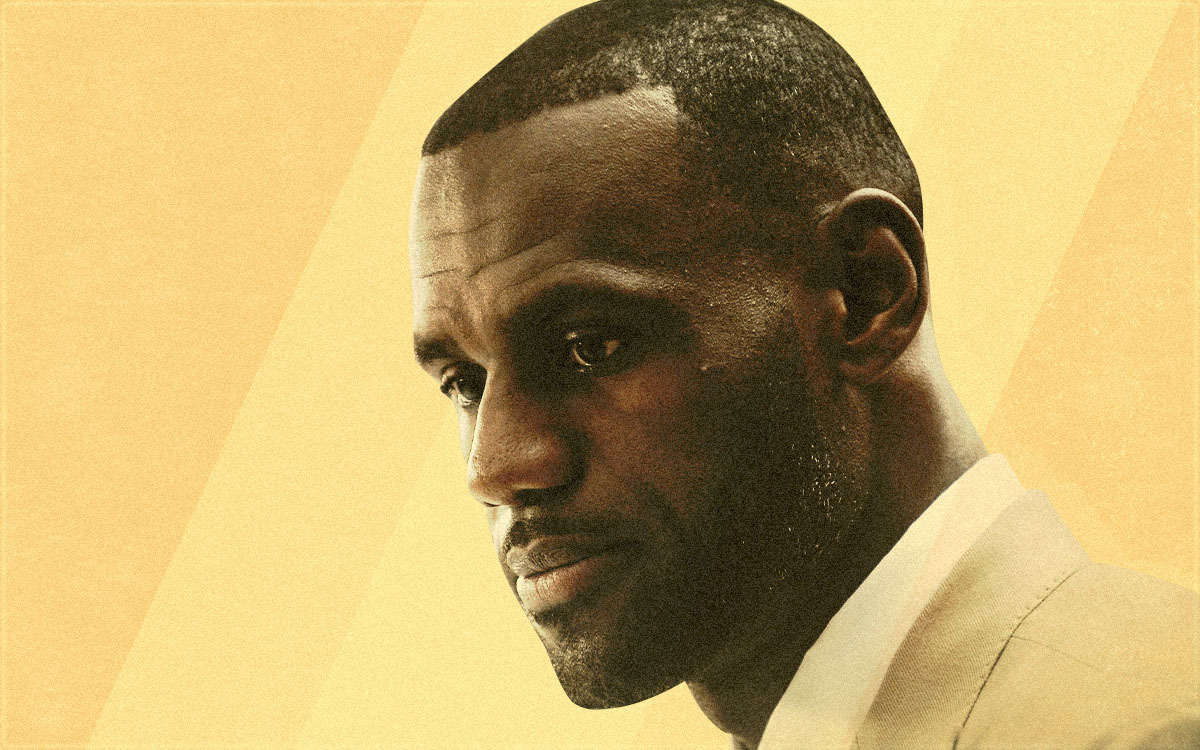 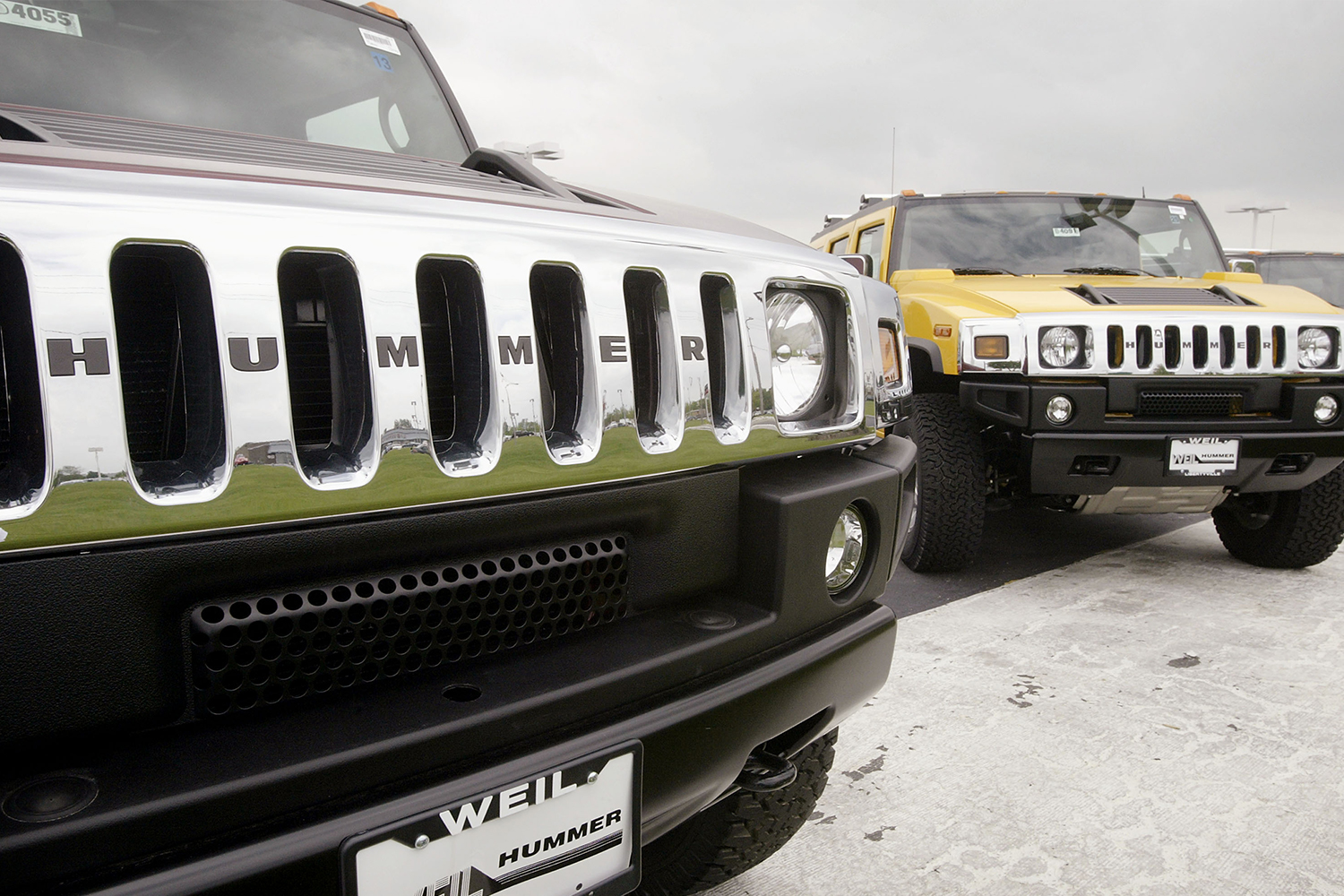 Hummer Is Relaunching as an Electric Pickup. Here’s Why That’s a Bad Idea. 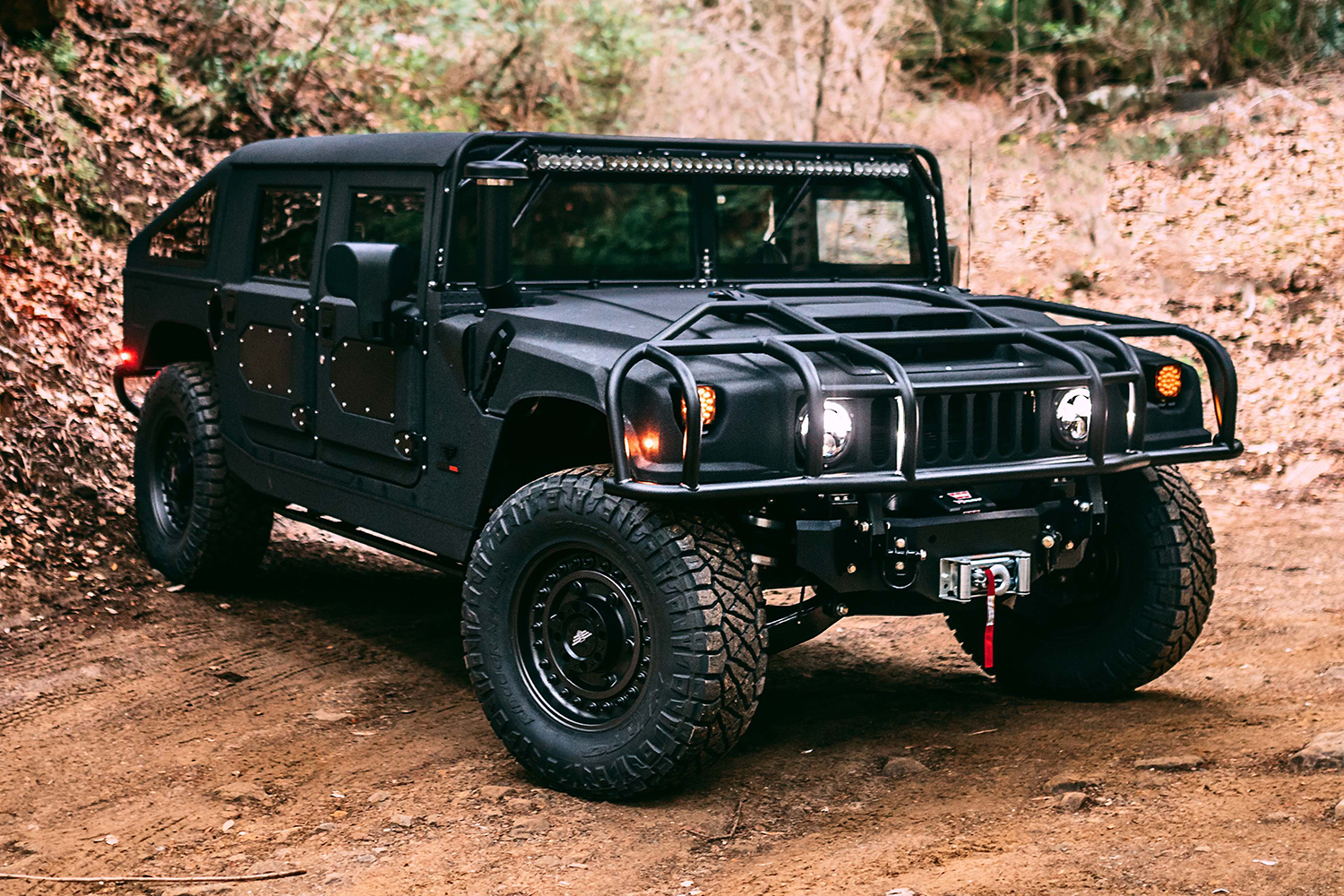 By now appearing in ads for the Hummer EV, you could make the optimistic argument that James is reconnecting with his first dream car, or the cynical argument that he’s simply notching another lucrative endorsement on his belt. But that 2003 OHSAA H2 investigation is inextricably tied to the animosity the basketball icon has fought against his entire career; after all, it’s the controversy that started the ball rolling, so to speak.

James is unlikely to acknowledge that the Hummer EV endorsement amounts to the last laugh against his trolls. (If people wanted to hound him about the H2 his mom bought him, the joke’s on them — he’s now the face of Hummer.) Instead, he’s borrowing a line from the electric vehicle’s ad campaign, dubbed the “Quiet Revolution.”

The Hummer used to be a loud, obnoxious, military knockoff. Now it’s a quiet, supposedly state-of-the-art supertruck. LeBron James used to be a headstrong high-school star who had the world at his fingertips. Now he’s a legend who lets the stats and sponsorships speak for themselves.