A chat with the team at Automobili Pininfarina, whose $2 million EV brings together almost a century of history and a "start from scratch" attitude

The Battista is street legal, but it'd be a shame not to take it to the track.
Automobili Pininfarina
By Josh Sims

Dave Amantea only has one word for it: “Insane.”

He’s speaking of the Automobili Pininfarina Battista, the all-electric hypercar — because “supercar” just doesn’t cut it anymore — which has now entered production and to which he’s been dedicated over the last few years. Is it fast? Well, it’s the fastest, most powerful Italian road car in history; it has a top speed of 217 mph. Quick off the mark? It does 0 to 60 mph in 1.8 seconds, and that’s not a typo. But there’s more: Unexpectedly, and most radical of all, the two-seater Battista is actually comfortable.

“Driving, say, a Ferrari F40 [long distance] just isn’t a great experience,” says Amantea, Automobili Pininfarina’s chief design officer, risking the wrath of the men of Maranello. “The appeal of that F40 is limited to the dream in the minds of the drivers. But the actual experience doesn’t match the dream in the way you might imagine being able to use the car every day. I think with the Battista our customers understand that they’re getting both. These guys could have any car on earth and they tell us this is what they’ve been looking for for such a long time.”

He’s inferring that men of a certain age, who have made their money — and with the Battista priced around $2 million, they will need it — are most concerned about whether their sore backs and creaky legs will be accommodated by a vehicle straight out of their teenage fantasies. If that sounds like a strange statement, then think again. Automobili Pininfarina may be onto something, as when Ferrari finally thought of adding a cupholder with its 2008 California. The engineers finally gave in to those who could read the market.

“There are customers who have had hypercars before, there are collectors, but there are also those already completely converted to electric vehicles but who aspire to something more beautiful, more rare, but also more usable,” stresses Paolo Dellachà, Automobili Pininfarina’s chief product and engineering officer. That’s why, he says, the Battista’s battery pack — the biggest, most inconveniently heavy object any electric car design has to work out what to do with (and which provides a 300-mile range here) — is reconfigured not just to improve the car’s driving experience, using all that weight to help pin it to the road, but also to give more cabin space.

That doesn’t sound very romantic, especially in the rarefied sports sector of the car industry, which is historically predicated on performance, not plushness. But as Amantea notes, “The problem is that [so much of the industry] has grown up [in love] with the smell of the gasoline and the noise of the exhaust pipe. But we have to rethink what new generations of luxury cars can be.”

“I don’t think the conversation is about whether the future of the luxury car market is in one segment or another,” adds Amantea, who helped design Bentley’s Bentayga SUV, “but how it meets really wealthy people’s desire to own something that gives them a different level of experience other people cannot access. It doesn’t matter if cars in 50 years time will fly, go on water or float on magnets like the Maglev. What matters is the definition of luxury now, how you can open a door to a new experience.”

Adding Pininfarina’s Legacy to the Battista

Automobili Pininfarina has its own unique history in the luxury sector. Pininfarina S.p.A. is the famed coachbuilder and automotive stylist-for-hire, working since 1930 with just about every Italian giant — among many other carmakers — to bring us the likes of the 1966 Alfa Romeo Spider, the 2007 Maserati GranTurismo, the Ferrari 250 GTE, Dino 246 GTS and, heck, just about every acclaimed Ferrari to date. In more recent years, it has successfully moved into designing everything from football stadiums to pens, yachts, jewelry and bicycles.

The Battista is named after the firm’s founder, Battista “Pinin” Farina. So Automobili Pininfarina, while technically a separate, sister company, is clearly capitalizing on this esteemed name, putting the badge squarely on the hood this time. Indeed, Amantea and Dellachà might want to have their panettone and eat it too.

“We don’t want to waste all that 92-plus-year heritage, but we do want to use it to shape another 100 years of history,” says Amantea. “People are out there waiting for new things.”

While Pininfarina designed many a classic car, and even made a few, it never got involved with what happened below the hood, and never created a production model. That, Dellachà suggests, has allowed Automobili Pininfarina “the freedom to start [from scratch] with the best available technology, to take the opportunities that electrification presents for car design.” It is, he argues sympathetically, a competitive advantage over car manufacturers somewhat locked into the security of combustion-engined products in the face of an inevitable transition. Meanwhile, Automobili Pininfarina, and a few others, are carving out a new market segment altogether. 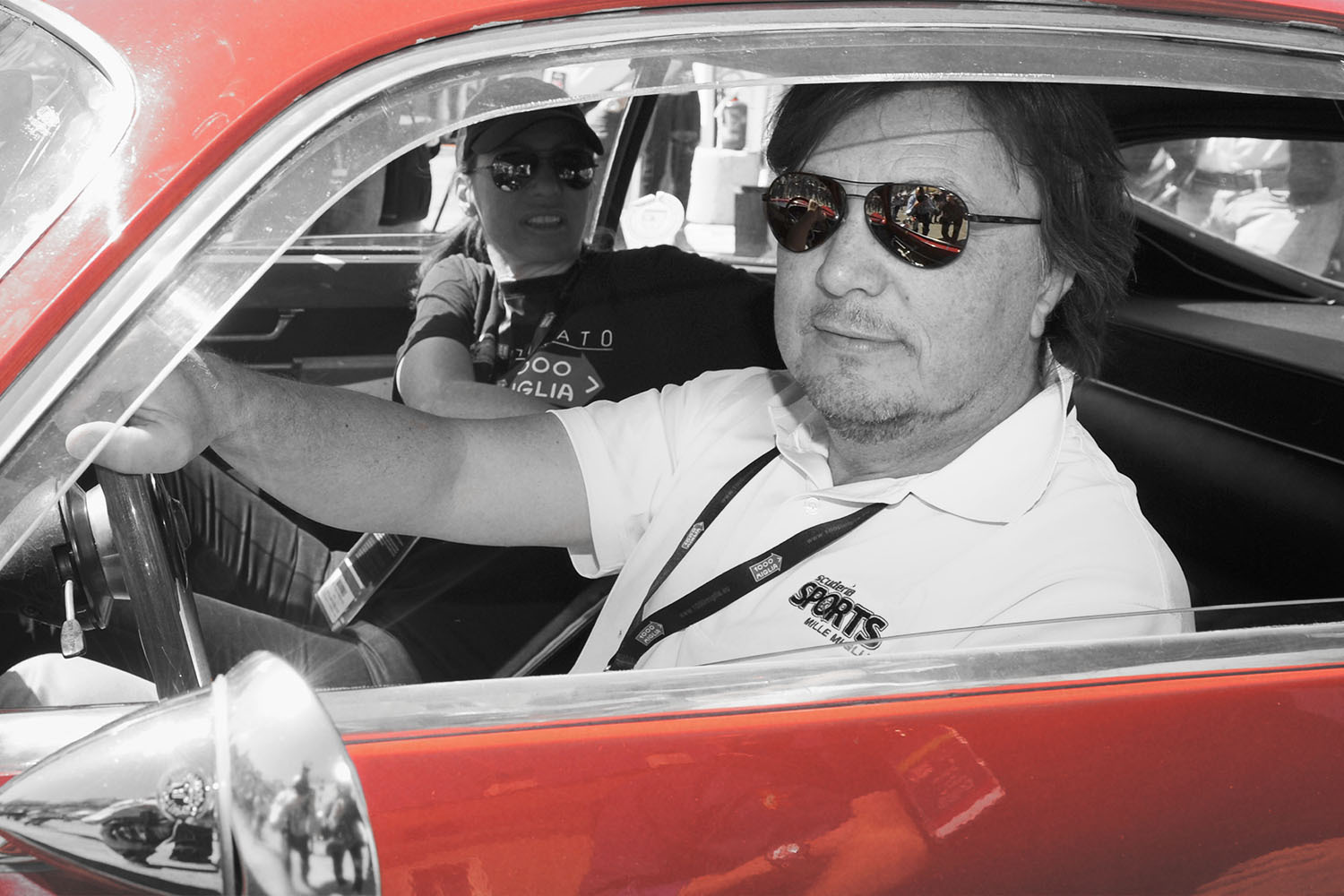 A Sustainable Hypercar With Sex Appeal

The Battista, then, does tread new ground, and very quickly at that. There’s the level of sustainability, not just in having an electrified powertrain, but in using olive oil to tan the upholstery leather, and in using recycled fishing nets to get their needed nylon. There’s clever engineering with all that headline-generating power (up to a staggering 1,900 horsepower) which, as Dellachà points out, is so much marketing spin unless you can actually deliver it to the wheels — which the Battista does by using a dedicated motor for each of them. That gives it a lot of oomph in a straight line but also improves what Dellachà calls “lateral dynamics,” ideal when the driver switches modes from the mildly terrifying “Calma” to the positively pants-wetting “Furiosa.” Who says carmakers have no sense of humor?

“Physics has not changed,” Dellachà laughs, “but what has changed is the technology that allows [manipulation of that].” This tech is what gives the Battista its “drivability,” which is, he says, what ultimately converted the buyers of the 150 cars that will be made. “They’ve come and driven the car, get out with a big smile, and know it’s [an electric car] they can be proud to own. They’ve concluded that it’s a keeper,” he claims. “We think we’re turning a new page for a new kind of collector.”

But, c’mon, isn’t all this just a bonus? The kind of thing one hopes for in, say, an upscale SUV? What really matters in the hypercar sphere is the look. Amantea admits as much, suggesting that in the rush to electrification much of the car industry seems to have given up on sexiness, as though to retain this would be to acknowledge the bad old days when we didn’t just drive to get from here to there like good eco-minded citizens.

“There seems to be this idea that electrification means you lose all principles of beauty. Why, for whatever reason, is there this idea that electric cars have to be these square and ugly boxes? It’s not a washing machine,” he exclaims, somewhat overlooking the promise of, say, the Aspark Owl, the Nio EP9 or the Rimac C_Two (with which the Battitsa shares some parts), all EVs from startup companies. The Battista certainly is a looker and then some. Those men of Maranello must be taking stock.

“I’m responsible for technology, but that for me is just an enabler of design,” says Dellachà. That’s something you don’t hear an automotive engineer say often. “That’s because design is central to Pininfarina’s vision, one which, with the Battista, we intend to stand there as an icon decades into the future.” 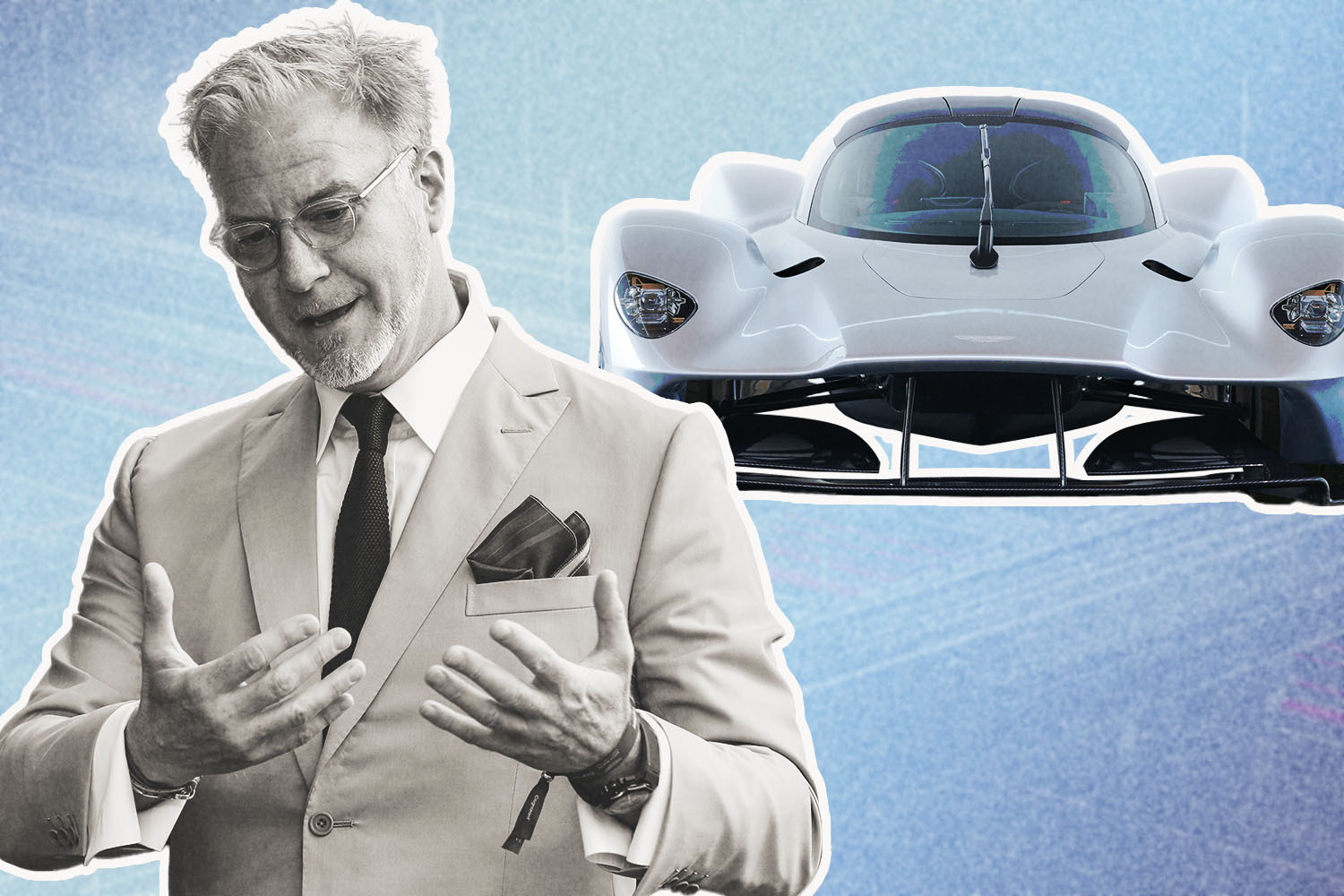 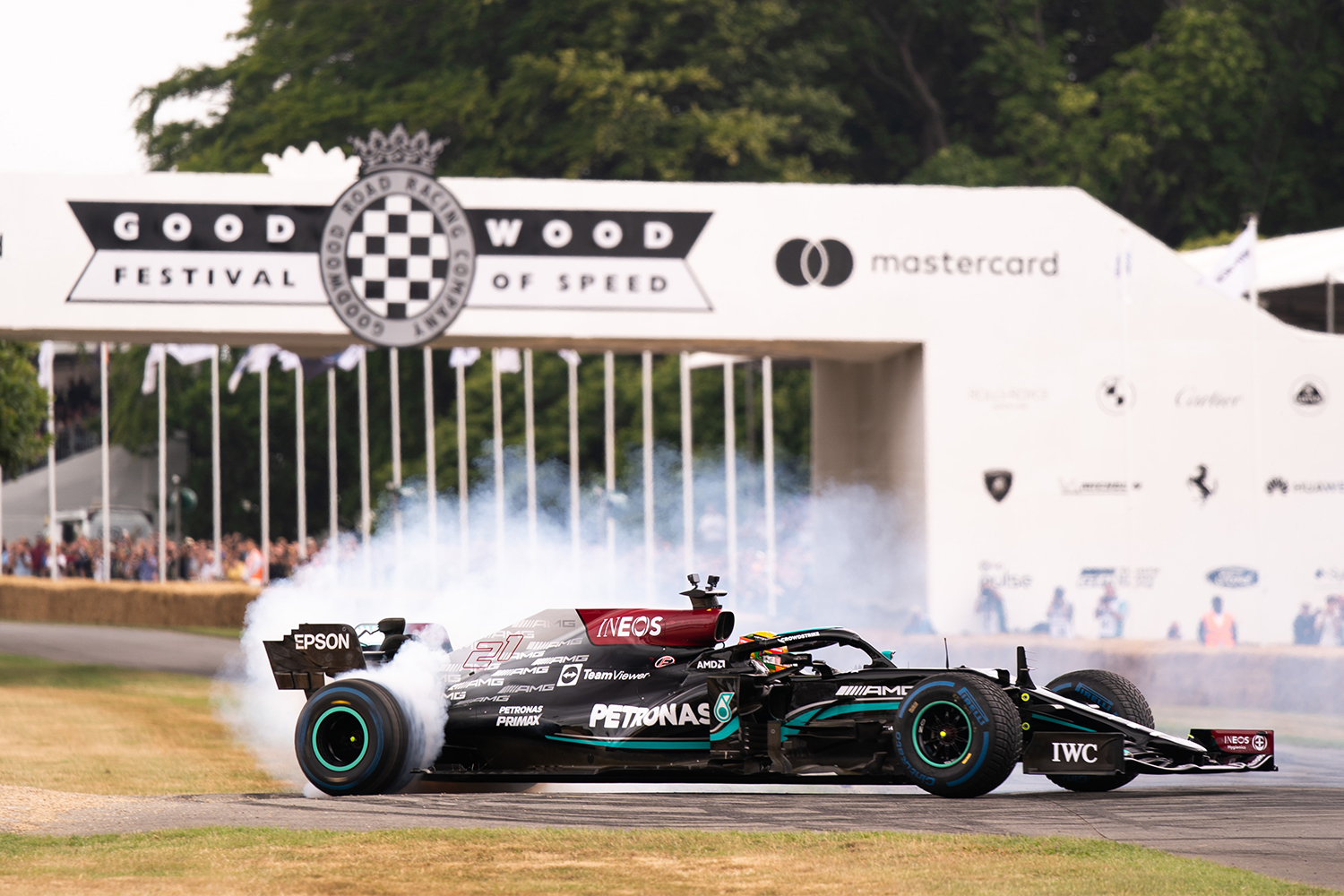 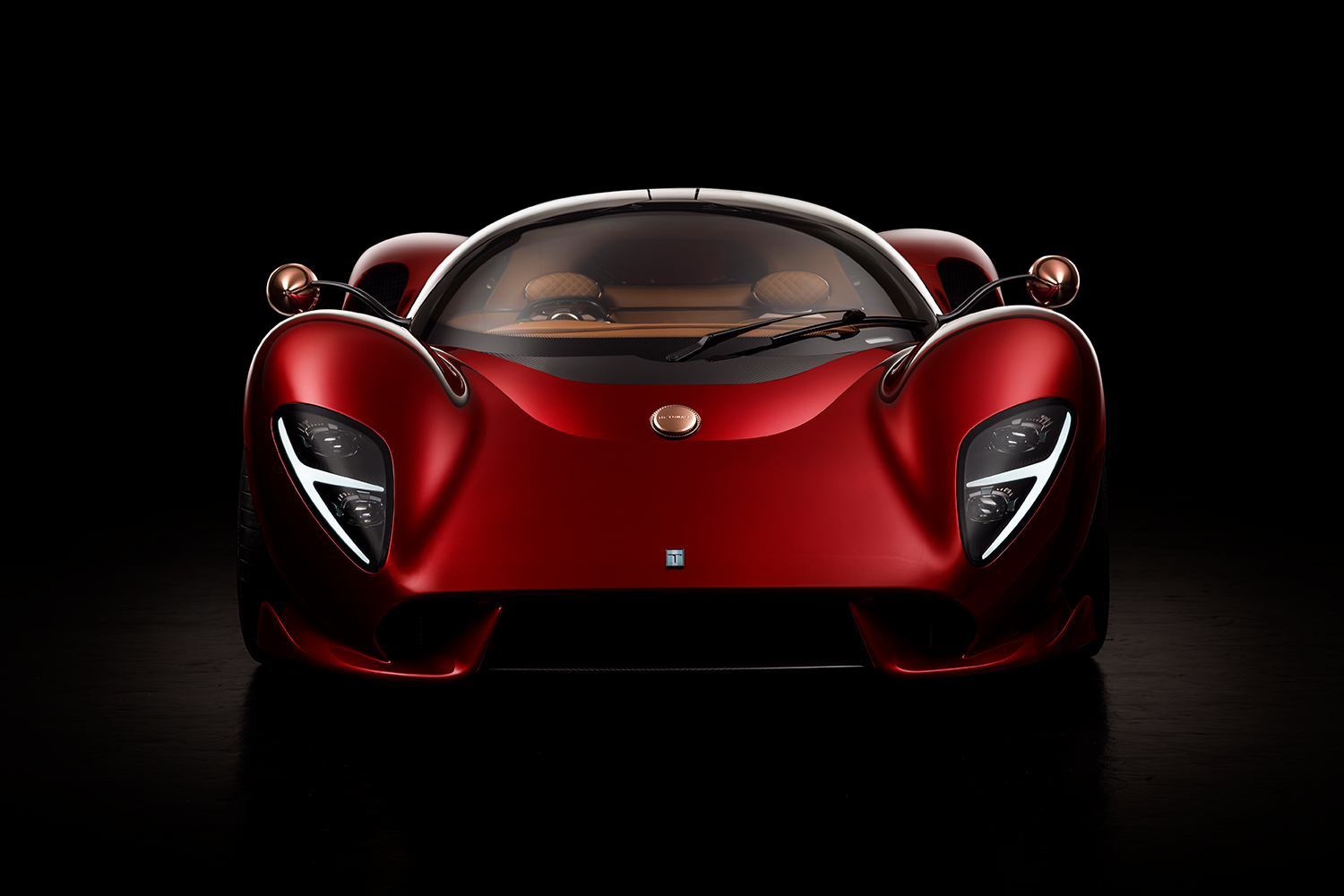