Does the Range Rover Sport SVR Have a Future?

It’s sophisticated and civilized, but aggressive and loud. And we love it for that.

They’ll probably never admit it so as not to show any flashes of bias, but there’s a set of wheels that every automotive writer most looks forward to reviewing each year. For this scribe, it’s the Range Rover Sport SVR.

It’s sophisticated and civilized, but aggressive and loud. It’s fast, but tough. It’ll blow by lesser cars driven by envious humans on the highway and dust them at the stoplights before fording streams and grinding over rocks. In short, it’s an insane mix of seemingly contradictory features forging a truly unique vehicle and driving experience.

And it saddens me to think that the modern mobility industry wants vehicles like it to go away forever.

The SVR is, quite simply, one of the finest SUVs in the world, boasting a blend of luxury, poise, power and capability. You feel very much above the fray behind the wheel, because it combines all of the best elements from the various vehicle classes. It’s spacious and comfortable with a complete suite of today’s infotainment and safety features. It’s powerful and straight-line fast with a proper, 5.0 liter, 575 horsepower V8 power plant. You can set the engine note to that of an angry sports car — and I can’t imagine why anyone wouldn’t want to do that. Finally, it can also go off road and handle any terrain with technology-enhanced ease. It’s an Olympic athlete crossed with a lumberjack.

That combination makes it a specialty build for Range Rover: a muscled-up, fine-tuned version of the standard Sport model. In an era when the pleasure of driving seems to be less of a priority for many buyers — when talk of economy and ecology take priority over visceral thrills — machines like the Sport SVR seem endangered.

While the mere existence of all these vehicular enhancement departments would indicate there are still people willing to lay out extra cash for pure performance for performance’s sake (which adds up to a total price tag starting at $114,500 for the Range Rover Sport SVR), a cloud of perceived defiance hovers over any modern vehicle that forgoes the hybrid or four-cylinder engine trend to make some road worthy ruckus.

Jamal Hameedi serves as Engineering Director for Jaguar Land Rover Special Vehicle Operations. He’s clearly proud of the Sport SVR, and he insists there’s no reason for rough-and-tumble car lovers to fear they’ll be left only descendants of the Nissan Leaf to get them around town.

“We consider all (Jaguar and Land Rover) models (for the SV treatment), but only develop versions where there’s a clear opportunity to deliver the required level of amplification expected by SV customers. Demand for SV vehicles is growing rapidly every year and we’re very excited by the opportunities ahead of us.”

Jaguar Land Rover keeps those exact sales figures close to the vest; any automaker would. That means it’s difficult to fact-check Hameedi’s claim that sales for souped-up Jags and Land Rovers is heating up year by year. Perhaps the best way to prove that V8 speed machines are sticking around is by examining the fact that Jaguar Land Rover is still building them while keeping a clear image of their buyer profiles in mind.

“The typical Range Rover Sport SVR buyer is a performance enthusiast at heart,” Hameedi describes. “They are leaders who are not afraid to carve out their own path in life. They appreciate quality, modernity, refinement and authenticity. The SVR is a distinctive expression of their personality.”

Of course, that’s the kind of well-polished automotive executive you’d expect of a man in Hameedi’s position. These companies go so far as to create fictional versions of their “typical buyers” — right down to their names, occupations and visage (picture some late middle-aged male model, in this case). Companies derive their make-believe buyer IDs by carefully studying the genuine articles laying out six figures for their vehicles. So, those buyers really are still there and buying the special builds as society creates higher numbers of affluent shoppers.

Rich Get Richer, Cars Get Faster

While the pressure on car builders to create more affordable, environmentally friendly cars has amped up in recent years, there’s been a similar uptick in demand for performance luxury cars quite simply because there are a growing number of men and women able to afford them.

According to statistics from financial research firm Wealth-X and money-news service Investopedia, the number of millionaires in the world increased by 155 percent since 2000. The amount of “ultra high net worth” individuals (worth more than $50 million) increased by 216%. The count of U.S. households with a net worth of $1 million or more increased by 400,000 to a record 10.8 million in 2016.

Surprisingly, 10 countries across the world added an even higher percentage of millionaires than the U.S — starting with Nigeria. Egypt, Bangladesh, Vietnam, Poland, China, Kenya, India, the Philippines and Ukraine are all adding wealthy folks faster than the U.S.

Those folks can afford rides like the Range Rover Sport SVR alongside any hybrid or electric machine, guaranteeing that everything from performance-tuned, mass-produced cars to genuine supercars will still be available even while climate-change concerns urge the big car companies to produce more sensible and responsible builds.

Hameedi is quick to point out that Jaguar Land Rover is moving forward with the more forward-thinking stuff even while continuing to sell SVRs. Within the next few years, every vehicle the company builds will include some form of electrification from hybrid technology to plug-in electric designs. Even the SVR line will pack in some fuel-saving, electron-powered ability while speeding by you on the freeway.

“Range Rover Sport SVR is one of SV’s most successful vehicles to date with a formula that retains a strong appeal for our customers,” Hameedi concludes. “As a business, we’re committed to maintaining the emotional connection that vehicles like Range Rover Sport SVR offer, while embracing new technologies such as electrification where appropriate.”

In other words, as long as people with the necessary means look for the best finest and most expensive cars and SUVs, companies like Land Rover will build and sell them. They’re just not going to be quite as gaudy about it. 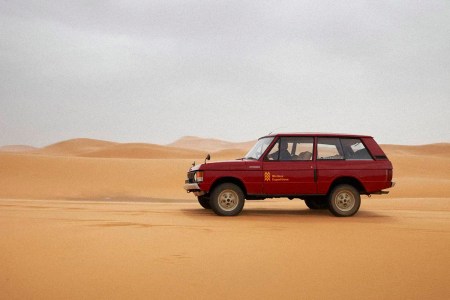 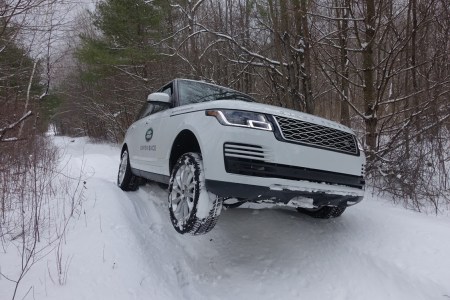 Review: The 2020 Range Rover HSE Is Perfect for Off-Road Adventures 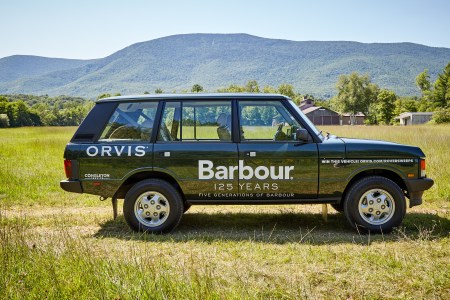