The Aston Martin Vantage will never be as ubiquitous as a Porsche. But it's not for lack of enjoyment.
Dominic Fraser
By Benjamin Hunting @huntingbenjamin 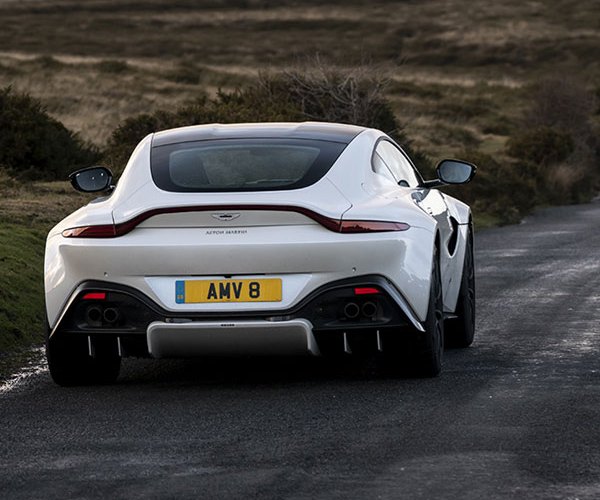 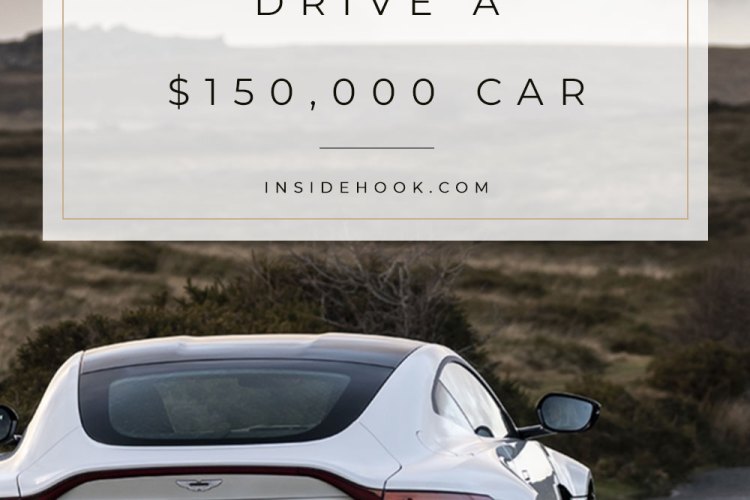 Aston Martin may be on the verge of joining the luxury SUV crowd with the upcoming DBX, but the company is still keen to remind you that it’s first and foremost a producer of low-volume, high-performance sports cars and opulent grand tourers. Leading that charge is the Vantage, the recently redesigned tip-of-the-spear model that serves as the most affordable path into the British brand’s showroom for first-time buyers.

Curious to see how the Vantage stacks up against players like the Porsche 911, Audi R8, and Jaguar F-Type SVR, I recently headed down to Texas hill country to spend some quality time behind the wheel of Aston Martin’s latest effort. Here’s what I learned along the way.

It could be argued that every second spent within the plush confines of a 503-horsepower sports car is “quality time,” but the 2020 Aston Martin Vantage is keen on making you spurn its rivals and focus your affections on its particular charms. To this end, the engineers and designers from Gaydon, UK, have poured considerable attention into meeting the demands of the modern entry-level exotic shopper.

It’s been a team effort, of course, and I don’t just mean within the walls of Aston Martin. Powering the Vantage is a 4.0-liter, twin-turbo V8 engine supplied by cross-Channel partner AMG, which delivers 505 lb-ft of torque to go along with the ponies described in the above paragraph. Helping to separate the Vantage from the similarly potent Mercedes-AMG GT coupe are a pair of transmission choices not available from the Silver Star: an eight-speed automatic (versus a seven-speed dual-clutch in the GT) and an honest-to-goodness seven-speed manual.

The third pedal-equipped Vantage AMR didn’t make it across the Atlantic in time to be included in my day-long romp through Texas, but despite its lower torque rating (to protect fragile transmission innards), it offers one of the few shift-it-yourself experiences to be found at the vehicle’s $150k price point.

Of course there are a number of other factors that make the Aston Martin stand out from the pack. Its aluminum-intensive chassis and body help it look and feel lighter than the more muscular personality evinced by the Mercedes-AMG GT, and its front-engine, long-hood stance separates it from the Audi R8 and even the Evora GT. Sharp edges and a gaping maw that recalls the DB10 concept car of James Bond Spectre fame help the Vantage to claim visual real estate that was denied its previous generation, which clung tighter to the automaker’s older design language.

Inside there’s a touch more Mercedes-Benz to be found (in terms of the infotainment system), but the open-concept cockpit can accommodate both helmeted heads and fancy hats in suitably regal majesty. There’s leather everywhere you look and certainly every place one might conceivably touch, and while front-seat storage is limited, a handy folding tray between the cabin and the hatch can hold all manner of accoutrements during an extended drive.

It’s a good thing the Vantage is comfortable, because chances are it won’t take more than a few miles for the car to convince you to extend your morning and evening commutes by about an hour or so each day. This is particularly true if your ride to work happens to be blessed with anything like the sinuous blacktop that traces its way around the outskirts of Austin.

It was on these open roads that the Aston Martin proved itself to be far more than the sum of its internationally assembled parts. With the drivetrain set to “Track” and the suspension somewhat softer in “Sport” (its most restrained setting), the Vantage roared its approval at the wide open spaces before it through tailpipes tuned to tear the chrome off the bumpers of the local pickup population.

Smaller than the Porsche 911 from stem to stern, the Vantage shrinks further when flogged at speed, embracing the driver in a loving grip of leather-wrapped aggression that channels faultlessly through its impressively communicative suspension. It’s an easy car to drive quickly, with no unexpected handling quirks or traction-disadvantaged moments to spoil the 3.6-second sprint to 60 mph. With the pedal down, everything in the Aston Martin just falls into place, with the car relying on the driver to inject any desired drama, rather than manufacturing its own.

If You Know, You Know

You won’t be seeing a stream of Vantages lined up at the valet station any time soon. This is still a car for those in the know: drivers who’ve grown weary of following the Porsche herd and crave something that cuts a distinctly different profile in their own garage. It would be a mistake, however, to associate its relative scarcity on the roads with any glaring character defaults. Think of the car as Aston Martin’s best-kept secret: the supercar that’s under the radar until it rolls out onto the road and dazzles the glitterati before leaving them all in the dust.