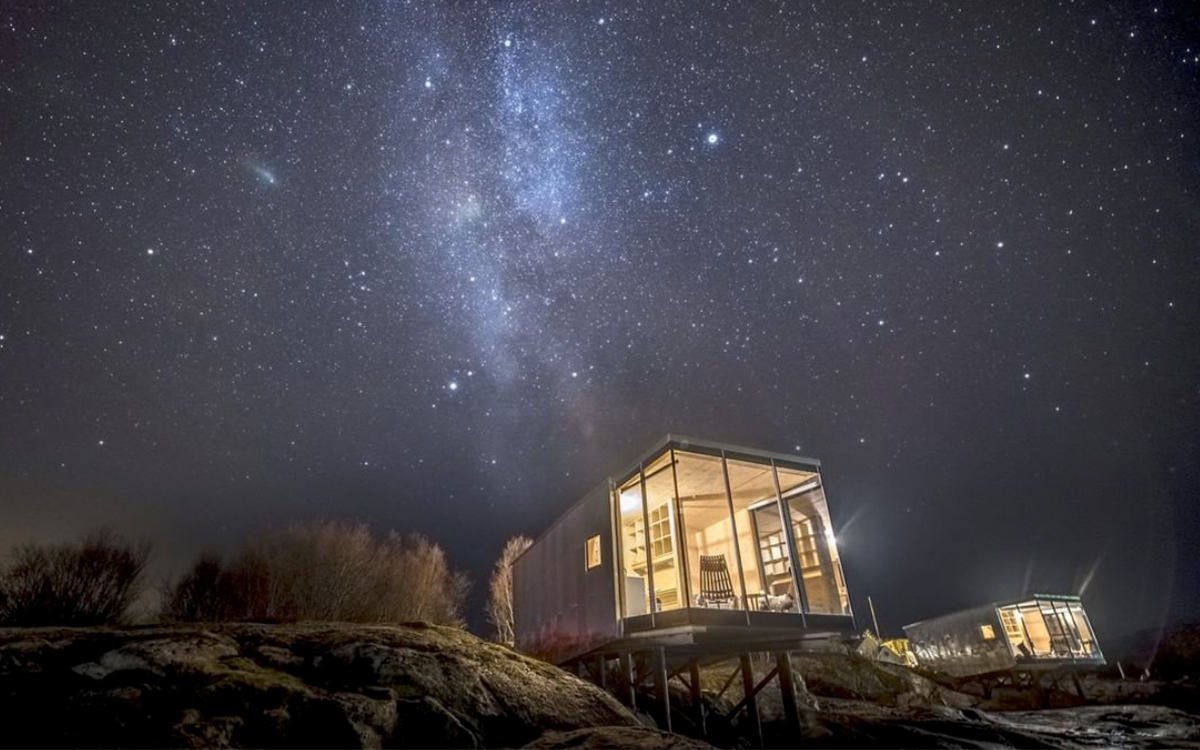 Two decades ago, a Norwegian named Børge Ousland lugged 412 pounds of food and gear 1,864 miles across Antarctica. He became the first man to ever cross the continent unsupported in the process, and he did it quickly; the entire expedition only took 34 days. Since then, Ousland journeyed to the North Pole during full Arctic night, circumnavigated the North Pole without an icebreaker, and got married on a -10 °F ice shelf.

One of his most ambitious projects yet, though, involves carbon neutrality. Back in 2010, Ousland bought a 55-acre fixer-upper of an island off the western coast of his native Norway. He built a gathering lodge and seven seaside cabins, and brought along equipment for outdoor adventures, like kayaks and snorkels. The end result, Manshausen Island Resort, is a sustainable Scandinavian playground, where guests can tuck in to harvested cod or halibut, take ambitious coastal hikes, and ease their bones at the end of the day in a hot tub fed by a saltwater dam.

The carbon footprint for such a place is already minuscule, but Ousland recently told Outside that he wants Manshausen to be as close to 100% neutral as possible. The weak northern sun won’t help him reach the finish line, so Ousland is building a windmill, which the resort believes should help them reach their goals within the next five years. Other, less consequential habits will help too. Ousland’s staff takes the stress off food distribution, for instance, by bringing in local meat like wild sheep, reindeer or elk from the mainland.

Critics might point out that reaching such a place (Manhausen is far north on the Norwegian Sea and requires either a ferry ride or three-hour drive after landing in Bodø Airport), is inherently prohibitive and wasteful. This was, after all, the summer of flygskam — flight shame. But Ousland is a firm proponent of integrating solutions into living. He said to Outside: “It’s no use stopping the world and hiding in a cave.”

We support that mentality. A cold-turkey approach to travel fun probably isn’t going to win too many supporters. And Ousland’s resort is an entirely replicable model, one that we’d expect millennials and Gen Z to spend handsomely on in the coming decades. If you’re interested in seeing Manhausen for yourself, check their availability here. Expect to pay around $400 a night, though prices fluctuate a bit by form of stay/season.