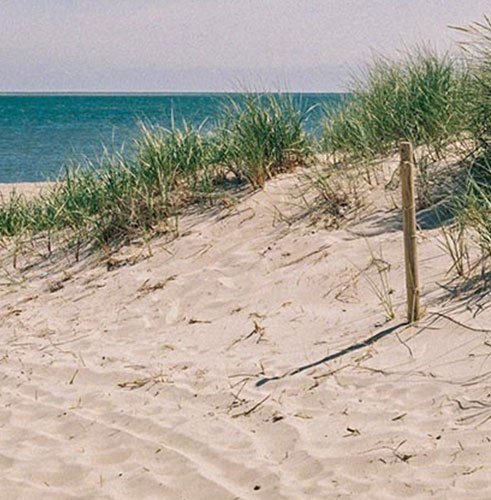 The Netherlands formally decided this week to end decades of wreaking havoc on elementary school classrooms. The northwestern European nation has long gone by the interchangeable monikers “the Netherlands” and “Holland,” despite that fact that “Holland” officially refers to just two of its 12 provinces — North Holland and South Holland, which are both along along the coast.

From here forward, the Netherlands is dropping the Holland. The Dutch government has spent $319,0000 “rebranding” the nation (it unveiled a “NL” logo late last year) and all governmental agencies will refer to the nation solely as the Netherlands. That includes the tourism board, which is using this opportunity to promote non-Amsterdam areas of the country. The Netherlands, tourism officials are stressing, is more than bikes, “coffee” shops and a few world-famous museums.

There are also futurist havens like Eindhoven, less crowded mini-Amsterdams like Haarlem, and even national parks like De Hoge Veluwe, which touts woodlands, sand dunes and wild boar populations. Point is, next time you’re in the country, you should have a whole host of stops on your list. Below, we’ve taken the liberty of choosing five can’t-miss destinations.

Tulip FEVER. For two months each year (late March to late May), “the Garden of Europe” erupts with seven million bulbs; most are the country’s iconic tulips, but you’ll find a fair share too of daffodils, lilies, roses et al. Set on the 79-acre hunting grounds of a 15th-century noble family, it’s located an hour south of Amsterdam. If the foot traffic proves too stressful (it’s DC’s cherry blossom festival on steroids), take a bike out into the countryside — the wildflowers continue for miles in the region of Lisse.

A cross between Venice and The Shire. This leafy suburb in the Netherlands’ northeastern province is home to under 3,000 people and completely car-free. Locals live in thatched-roof homes and get around via dinghies and bike paths. There’s even ice skating when the canals freeze over during the winter; just mind the bridges, there are more than 150 of them.

The Netherlands is a sneaky beach country. The West Frisian Islands extend from the Dutch coast into the North Sea. Separating the chain from mainland Europe is the Wadden Sea, an intertidal zone with remarkable biodiversity. You can have a traditional holiday weekend there if you’re so determined (Texel is your best bet), but make sure you try your hand at mudflat hiking; it’s what the name suggests, a locally-beloved practice of wading through miles of low tide.

Related: The 7 Most Underrated Beach Countries on Earth

It’s one of the best-known Dutch attractions not located in Amsterdam, and you’d be remiss not to take a pilgrimage out to the 18th-century UNESCO site, which is just outside of Rotterdam (the Netherlands’ second largest city). Kinderdijk is actually a whole town, which includes 19 different windmills. They’re the perfect example of a centuries-long understanding from the Dutch that their country’s lowlands necessitate constant innovation in order to stay dry. These people are better at handling water than almost anyone on the planet. Go see it for yourself.

This one involves a bit of creativity on your part. The Netherlands is a cheese Mecca, and if the beginning of this sentence has you salivating, it might be time to take a cheese road trip throughout the country. Visit Gouda, which (surprise), is the hometown of Gouda cheese (dating back to 1184); Alkmaar, which hosts a five-month-long cheese market; and Zaanse Schans, a neighborhood in the town of Zaandam with its own cheese farm/factory.

Subscribe here for our weekly travel newsletter, The Journey