Expect no booze but mandatory masks, plus new boarding procedures 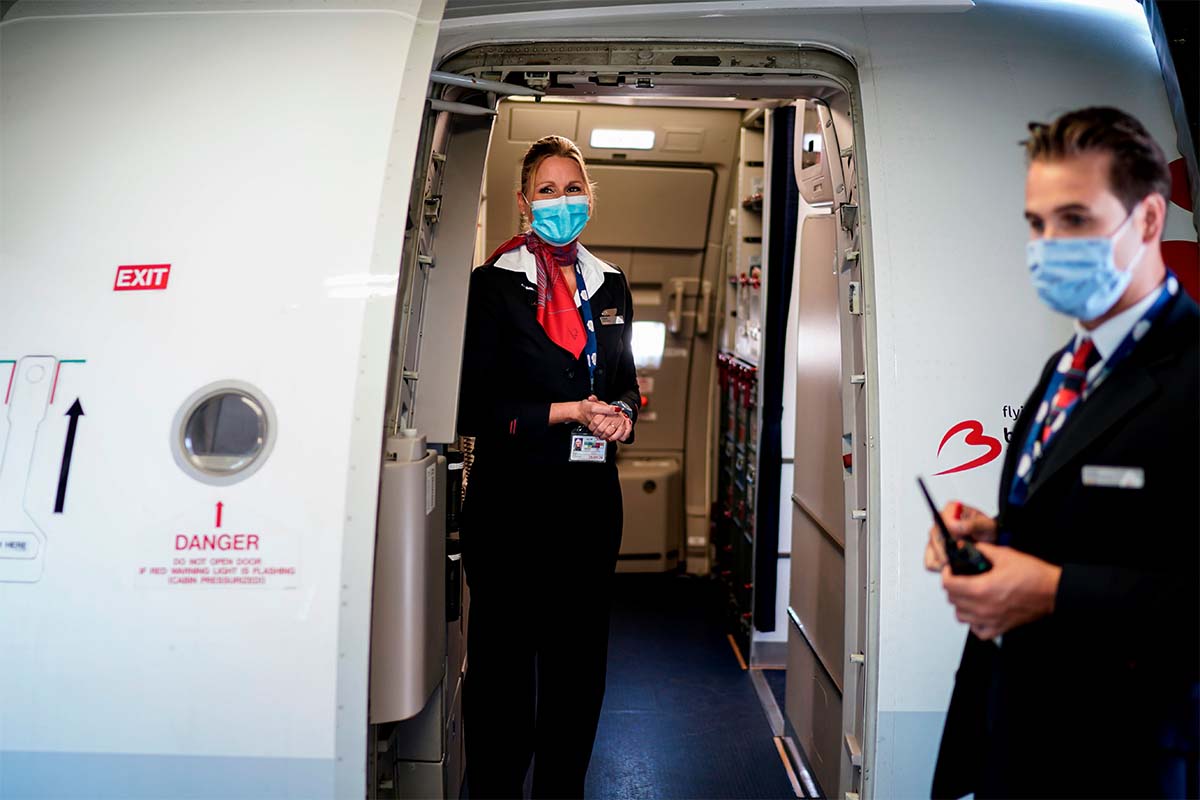 As you might have guessed, your flight experience is going to be a little different for the foreseeable future.

And even the things we know are different will not be set in stone — policies could very well change day to day as more information about COVID-19 emerges and airlines adapt to accommodate it.

With global economies slowly and carefully opening up, it’s obvious that airlines want to return to some semblance of normalcy. But that’s a long ways off. For now, this is your new normal …

Airlines have pivoted from strongly encouraging mask use on flights to pretty much making it mandatory. The domestic industry trade organization Airlines for America — which includes Alaska, American, Delta, Hawaiian, JetBlue, Southwest and United — just announced that airlines will start enforcing mask requirements at all times in flight, except when eating or drinking.

To push for compliance, airlines will offer pre-flight communication about the requirement, onboard announcements and suspension of flight privileges for passengers who don’t comply; punishments will not come about on the flight, but afterwards.

Goodbye, in-flight drinks. Part or all of boozy service on flights has been suspended by an array of global airlines, including Easyjet, KLM Delta, American and Virgin Australia. It’s partially to reduce overall interaction between passengers and staff, and partially to keep fliers from keeping their masks off for an extended period of time. The restrictions are temporary and are different for each airline, sometimes depending on the route and length of flight.

Back-to-front boarding might be with us for awhile; United and Delta have started experimenting with the process, which is actually fairly inefficient but much safer as far as limiting passenger interaction.

Again, this will change by airport and airline, but you can expect more (or required) kiosk check-ins. However, you’ll now probably be able to keep your electronics in your bag while going through security, and you’ll be allowed a 12-oz. container of hand sanitizer. Oh, and in some countries, expect mandatory temperature checks before your flight — whether this an effective measure or a waste of time and resources.