The World According to Alan Ruck

The actor reflects on "Ferris Bueller," "Succession" and why you should never sweat the small stuff

Welcome back to “The World According To,” series in which InsideHook solicits advice from people who are in a position to give it. Our latest subject is Alan Ruck, who established himself as a stage actor in Chicago and on Broadway before his breakout film role in 1986 in the John Hughes classic Ferris Bueller’s Day Off as Cameron Frye, Ferris’s neurotic best friend whose daddy issues and hypochondria ultimately give way to things like a prank phone call to Principal Rooney, a moment of clarity at the Art Institute and a trashed Ferrari.

Now 64, he’s currently in the midst of playing another beloved character whose rich, asshole dad has really done a number on him: Connor Roy, the eldest Roy child and black sheep of the family, on HBO’s hit Succession, which recently took home Outstanding Drama Series at the Emmys. And he can also be seen reprising his iconic role as Cameron in a new series of ads for Liftmaster — red Ferrari and all. We caught up with Ruck in Los Angeles via Zoom recently to talk about when fans can expect Succession‘s third season, how he and his wife are holding up in quarantine, and why you should never sweat the small stuff.

InsideHook: Tell me a little about what made you want to revisit one of your most iconic roles for these new ads.

Alan Ruck: About six months ago, Liftmaster pitched the idea of some commercials that had a Ferris Bueller sort of retro tie-in, throwback, and they were funny spots, and so I agreed to do it, and it’s a really cool new product. It’s called Secure View, and it’s a smart garage door opener that has a fully integrated video camera in it and two-way communication. You can control this with your iPhone or your smart phone, whatever you have, and it’s called MyQ. So say you get a package delivered to your house, you can open the garage and they can put it in, and you can shut it and you’re good. So it has some nice applications. And it’s just an innovative product — I have one — and I just think it’s a smart thing to have.

Well, I have to say congrats on Succession; it had a big night at the Emmys a couple weeks ago. What was it like watching that all go down that night, and do you have any updates on when Season 3 is expected to start filming?

Yeah. First I’ll tell you we’re gonna start filming in the middle of November in New York for the start of Season 3. And to be honest, I didn’t watch the Emmys. I just couldn’t. I didn’t want to get that nervous and then not win. And so I was just online with all my friends, all my castmates who were watching, and they were giving me the play-by-play. And then I went back after and watched the acceptance speeches of my friends who won. So that’s my story. And it was thrilling. I mean, it’s a wonderful thing, and Jesse Armstrong’s been racking up award after award after award for the show because his writing and the writing of his team is just exemplary. So I’m not really surprised, but I’m very happy that all these things are happening.

One of the things I find so interesting about your character on Succession is that he insists he’s completely uninterested in the family business because it’s so cutthroat, but then he goes and runs for president. Do you think he’s got some genuine ambition deep down in there, or is he mainly just motivated by wanting to impress his dad?

It’s the same thing that motivates all the kids. We want our father’s approval, we want to do something that actually impresses the old man, and if Connor were to become president, he would be in a position to be useful to his father, which has never happened yet in his life. He just has not been important to his dad in any way. This is a guy who lives off a really fat trust fund and has never worked a day in his life, so he doesn’t have that feeling of having a group of people who need him to show up. Nobody needs Connor to show up to do anything. So I think he’s just going big or going home, and he decides he’s gonna run for president because if that happened, he would impress the old man and the old man would need him.

I know that on Succession you don’t find out from Jesse Armstrong or any of the writers anything that’s going to happen to your character until you’ve got an episode’s script in hand. How does not knowing your character’s arc in advance impact your process as an actor?

Well, I haven’t been called on to do any real heavy lifting with this part. Like for instance, Jeremy Strong for the first two seasons was basically required to go to hell and stay there. [Laughs.] He had some difficult stuff to navigate as an actor, and he did it beautifully. And I think maybe here and there he was asking for bits of information in advance. And I know that Brian [Cox] does. But until that happens for me, I’m perfectly happy to just find out what I find out when I find it out.

What’s the best advice you’ve ever received in your life?

Well, my manager and friend Mark Teitelbaum is here, and we were talking about this earlier. It’s “don’t sweat the small stuff, and it’s all small stuff.” And I wish that I had really taken that to heart when I was younger, because in my life I’ve worried about a bunch of crap that never came to pass, you know? So I wish I could have learned at a younger age to not worry so much and just stay in the moment. Stay out of the future, stay out of the past.

How have you been holding up in quarantine?

Fine. I mean, we don’t have a lot of complaints, my family and I. Things aren’t that hard for us. My wife’s a little tired of the home-schooling, but I think it’s just because she’s so organized and so thorough and does such a good job as the in-home teacher in the Zoom school experience. So she’s starting to burn out a little bit on that whole thing, and we do look forward to the day when the kids can go to school and be safe there and they can get away from us and we can have a few hours away from them, and I think that’s good for everybody. But other than that, you know, we’re really lucky people.

You’re in the movie Freaky, which is coming out later this fall. Are you a big horror fan?

I do like horror movies. My wife really does not, so I just have to sneak them on the sly. You know, when she’s out doing something else, maybe I’ll check out something on the tube.

Do you have any favorites?

What keeps you motivated these days, almost 40 years into your career?

Well, I’ve got two smaller children, and I’ve got two grown children, and the thing is, the big ones still need money. [Laughs.] So that motivates me to keep going, because people need me, especially in that way, and then this job right now, this whole experience is just a gift. So I’m really looking forward to going back to work. So that keeps me going.

Well, I’m sure you can’t reveal anything about Season 3 —

I don’t know anything! They don’t tell me anything. I think Brian Cox might know a little about what’s coming in Season 3, but they don’t let that stuff out too early.

Do you have any hopes for Connor in Season 3 or anything you’d love to see tackled with him this season?

Yeah, I hope that in some way Connor becomes more of an active nuisance to the rest of the family so he’s not such a dismissable presence. I hope that he becomes in some way a thorn in somebody’s side.

What’s one piece of art — a song, painting, photograph, book — that left a lasting impact on you, be it in your career or your personal life?

I don’t know that there’s [just] one. When we were doing Bueller, there was Edvard Munch’s “The Scream.” [Laughs.] We used that as sort of a visual representation of Cameron’s inner life. And then now, there’s the Dostoevsky novel The Idiot. I think it’s something that Connor would read because I think he’d really identify with Prince Myshkin, because in The Idiot all the people surrounding Myshkin think he’s an idiot because they’re all involved with status and money and he doesn’t seem to care about that. But he’s actually sort of Christlike. So I think actually Connor would identify with him whereas in Succession Connor actually may be an idiot. But we don’t know yet. On some level he may be an idiot. He’s not stupid, he reads a lot, but he’s a little damaged. And I think that he would see parallels to that book in his life, so I’ve been thinking about that.

What’s next for you? Do you have any other projects lined up beyond Succession that you’re excited about?

Not right now. I’ll start work in the middle of November, and I won’t be done until June, so it’s gonna take a while. It always does. 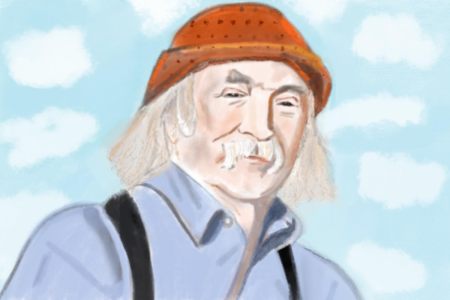 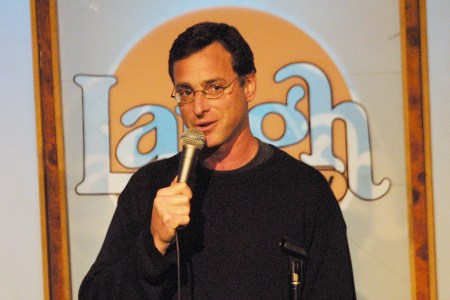 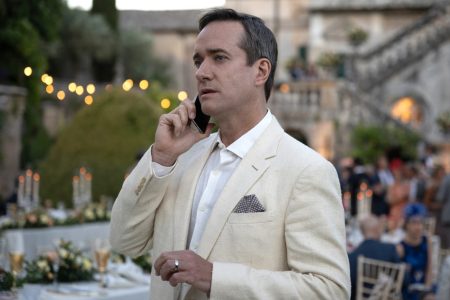 We Should Have Seen the Big Tom Twist on "Succession" Coming