Ted Bundy and a Different Kind of Serial Killer Docuseries

By focusing on the women in his life, we get a different perspective on the killer

You’d be forgiven for rolling your eyes at yet another Ted Bundy project.

Just last year, we saw Netflix’s Confessions With A Killer: The Ted Bundy Tapes and the Zac Efron-starring Extremely Wicked, Shockingly Evil and Vile. There have been countless other books, movies and TV series that try to make sense of the serial killer and his horrific crimes. Most tend to dwell on Bundy himself — How could he do such things?? He was so handsome and charismatic! — or the salacious details: Two escapes from jail. At least 30 women raped, mutilated and murdered. A media circus, a courthouse wedding and a daughter conceived during a conjugal visit. And, finally, in 1989, a trip to the electric chair.

Somehow, lost in all this are Bundy’s countless victims — those who were senselessly murdered, those who escaped but now must deal with the lasting trauma and in some cases permanent physical damage, and those friends and family who are left behind.

That’s where Amazon’s five-part docuseries Ted Bundy: Falling For A Killer (released on Jan. 31) bucks the true crime series trend, retelling the story of Bundy from a female perspective — including interviews with the woman believed to be Bundy’s first victim, who speaks out about what she endured for the first time, as well as Bundy’s longterm girlfriend Elizabeth Kendall (a pseudonym) and her daughter, Molly. The series provides context for Bundy’s crimes, framing them around the growing women’s liberation movement of the time and speaking with female police officers who were central to his capture about the workplace sexism they endured as the only women on the force at the time.

It gives viewers a better understanding of how Bundy got away with it for as long as he did and how a male judge could possibly tell the killer — after sentencing him to death for the rape and murder of multiple women! — that “I don’t feel any animosity toward you. I want you to know that.” Falling For A Killer allows those who were close to Bundy and those whose lives were irreparably damaged by him to tell their own stories, and they’re presented in a way that’s both respectful and non-judgmental. These are some of the series’ biggest revelations.

There’s a lot of talk of Bundy’s eyes in Falling For A Serial Killer — how piercing they were, how they’d change and become dark and alarming at certain moments. But while there’s a noticeable family resemblance, his half-brother Rich’s eyes have an undeniable sadness behind them, and in his first major interview about his brother’s crimes, he reveals that he’s still haunted by the trauma of what Ted did and that he suffers from a debilitating depression, living alone in a trailer that he frequently doesn’t leave for days at a time.

“I don’t recommend it to everyone, to live your life precariously, but if I know I have enough to keep shelter and food for my cat and I, that’s the most important thing,” he says during the docuseries.

Rich reveals that he grew up idolizing Ted and spending lots of time with him on camping trips. “We were more than just brothers, you know, we were close friends,” he says. “I looked forward to spending time with him, which I did a lot of.”

He also recalls one instance where he saw that darkness take over Ted while on one such trip, and he’s convinced that his brother left him behind to go murder someone. “He sent me home early,” Rich remembers in the series. “I was really upset with him because it was out of the blue … I think that he felt his urges coming on, knew he was about to go murder somebody and he had enough responsible attitude to get me out of the picture.”

These days, he has no interest in keeping any of the childhood photos of him and Ted. “There’s no joy in it, absolutely none,” he tells the doc’s producer while holding one and examining it. “He could do a million of these, but it doesn’t outweigh one, just one, of the victims.”

Bundy once exposed himself to Kendall’s young daughter, Molly

Kendall’s daughter Molly grew up with Bundy as a father figure for several years — revealing in the doc that he even taught her how to ride a bike. “I thought he was marvelous,” she says. “He just delighted me, and he took part in raising me.”

But Molly spends a good portion of the documentary talking about how for a long time, she was haunted in particular by the details surrounding Bundy’s youngest victims — who, at just 12 years old, were around her age — and trying to come to terms with survivors’ guilt over the fact that she could have been any one of them. She even recalls one harrowing incident from her childhood in which Bundy exposed himself to her.

During a game of hide-and-seek, she says he “hid under a blanket and I came out and pulled it off, and he’s naked. And I say in shock, ‘You’re naked!’ He says, ‘Well, yeah, I can turn invisible but my clothes can’t and I didn’t want you to see me.’ It just devolved from there.” At the time, she wrote it off, saying that “the charitable childhood explanation I wanted to give him was that he got carried away with the fun of the game.”

Molly says she didn’t tell her mother about the incident until many years later because she didn’t want Bundy to get in trouble. Later, once both had learned about the extent of his crimes — and both struggled with alcoholism as a way to cope with their guilt and shame — it was Molly who stopped her mother from being roped back in by Bundy, burning a letter he sent from jail reaching out to her before she had a chance to read it.

“It hurt her heart that I robbed her of this closure,” Molly says in the documentary, before adding that she’s not sorry she did it. “I’m definitely not sorry he went to his death wondering why she never wrote back.”

One of the most staggering revelations in Falling For A Killer is just how many times Kendall voiced her concerns about Bundy and was dismissed or ignored. When she called the police to tell them about her suspicions — they knew they were looking for a man named Ted who drove a Volkswagen Beetle, and he fit that description — they told her he was already cleared. “They said they already looked at him and he [the police officer she spoke to] just didn’t think he looked like a good candidate,” she says in the doc. However, she was concerned about Bundy’s resemblance to the police sketch she had seen in a newspaper, so she gave the detective some photos of him to show to a witness and assumed she’d hear back quickly. She didn’t, and when she finally called back to check in, the detective didn’t remember who she was. Discouraged, she told herself, “Stop trying to convict your boyfriend.”

Even Kendall’s own father didn’t believe her when she told him about her concerns. “My dad completely discounted what I was thinking,” she says. “He so liked Ted, as we all did. I feel in hindsight that he chose Ted and not his daughter.”

It wasn’t until Kendall spoke to a female police officer about her suspicions that she was taken seriously.

The true breaking point for Kendall came in the form of a late-night phone call from Bundy after he had been taken into custody in which he confessed his crimes to her, likening it to a disease like alcoholism. “He told me that he knew now there was something he couldn’t be around,” she says in Falling for a Killer. “And when I asked him what that was, he said ‘Don’t make me say it.’ So, I knew he was meaning young beautiful woman. He was just addicted to killing. And he started to tell me about this ‘force,’ is what he called it. He said it just started building within him and it would take days before he acted out but once he acted out it was just over.”

Kendall says she asked how he could go on a date with her just hours after committing the Lake Sammamish murders, and his answer is what convinced her to cut off contact with Bundy after the call.

“He said … ‘It’s not like I had a black out,’” she recalls. “I was just shocked, because I thought if he did do these things he had to have two different personalities, but he was just telling me it was just him.”

“I didn’t really start rebuilding my life until he told me the truth from Florida when he called me in the middle of the night,” she continued. “To know he was out killing people when we were still in a relationship was a really hard idea to incorporate to integrate into my life.” 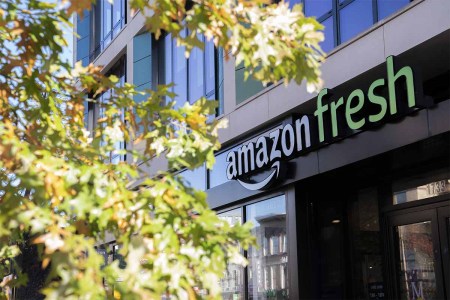