How “The Masked Singer” Became a Reputation-Laundering Scheme for Celebrities

From Logan Paul to Bobby Brown, the show has long provided a safe space for controversial contestants to pursue a fresh start

Since it premiered in the United States in 2019, The Masked Singer has felt like a bizarre fever dream in which D-list celebs who are desperate for camera time compete alongside legendary artists, all the while hidden beneath elaborate costumes. Sometimes, a contestant is unmasked and it’s a Twitch streamer you’ve never heard of; other times, it’s Gladys Knight. But more and more frequently, we’re seeing another category of contestants on the singing competition: formerly disgraced or controversial celebrities looking to rehab their image by appearing on the show.

This season alone, we’ve seen Logan Paul — a YouTuber who lost a ton of sponsorships back in 2017 after he posted an extremely distasteful video of himself gawking at a hanging corpse he encountered in Japan’s “Suicide Forest,” and then in 2019 caught heat for implying on a podcast that being gay is a choice — unmasked as the show’s Grandpa Monster character, as well as ’90s pop trio Hanson as the Russian Dolls. The latter made headlines last year after they alienated a large chunk of their fanbase by posting some far-right political opinions to social media. (They have yet to be unmasked on the show, but as someone who grew up with Tiger Beat posters of the Hanson brothers on her bedroom wall, I’d recognize those voices anywhere.) Season 3 infamously featured former Governor of Alaska, John McCain running mate and frequent SNL punchline Sarah Palin rapping — yes, rapping — Sir Mixalot’s “Baby Got Back” in a tie-dyed bear costume. (I promise that’s a real thing that actually happened and not a horrifying acid flashback.) Even host Nick Cannon isn’t without his share of controversy; last year, he had to apologize for making anti-Semitic comments.

On Wednesday night, another contestant with a checkered past was revealed when Bobby Brown was unmasked as The Crab. Brown struggled very publicly with substance abuse during his tumultuous marriage to Whitney Houston, and in 2003, he was arrested for battery for allegedly hitting Houston, who claimed he struck her in the face and threatened to “beat [her] ass.” In his 2016 autobiography Every Little Step, Brown admitted that he did, in fact, hit Houston.

Trotting a known domestic abuser out to perform and showering him with praise is problematic to say the least, but in this particular case, it’s actually not as bad as allowing someone like Paul to rehab his image by dancing around in a cuddly monster suit. Brown is one of the rare examples of someone who seems to have done the work, learned from his mistakes and done his best to make sure no one else makes similar ones. The former New Edition singer started the Bobbi Kristina Serenity House, a non-profit domestic violence organization named after his late daughter and devoted to helping victims experiencing abuse in their relationships.

“Starting Bobbi Kristina Serenity House for us was essential to the process,” Brown said in an interview last week. “Domestic violence is like a hush-hush thing. People need to start speaking up if they see somebody in a situation like that, help them. All it takes one phone call, find the counseling that they need and we try to help as much as possible.”

Brown, who has been drug-free for 19 years and sober from alcohol for a year now, has also had a really rough time in recent years. Houston died in 2012, and Bobbi Kristina died at the age of 22 in 2015. Last November, his son Bobby Brown Jr. died of a drug overdose at the age of 28. It’s far too much tragedy for any one family to be burdened with, and Brown, who has also spoken in interviews about the fact that he “grew up in a domestic violence home,” deserves props for pressing on, making needed changes in himself and doing his best to break the cycles of abuse and addiction. It’s easy to root for him on a show like The Masked Singer because his comeback feels deserved.

But the others? Not so much. They’ve keyed into the fact that all they need to do to fall back into fans’ good graces is don a goofy costume, bust out a few of their favorite karaoke tunes and provide some lip service to “second chances” or “fresh starts” in their clue packages. And the Masked Singer producers clearly know it’s worth the risk of any potential backlash they may receive for booking them; America loves a good redemption story, and The Masked Singer is tailor-made for them. What’s more appealing to someone with a bad reputation than performing anonymously and letting your vocal talent speak for itself? How easy it is to forget someone’s transgressions when all you’re presented with is the voice of an angel.

We’ve seen it play out plenty of times on the show, and as long as there are troublesome celebs with shrewd publicists and scandals to make us forget, we’ll continue to see it (looking at you, Russian Dolls who are definitely Hanson). Brown’s case feels genuine, but sadly, he’s the exception to the rule. And while we obviously can’t say for certain that others aren’t capable of making real change as well, it feels tacky for The Masked Singer to help them take the easy way out while exploiting them for ratings. Give us the controversy-free has-beens looking to jumpstart a second (or, let’s be real, third) act, or the thirsty reality stars looking to milk their 15 minutes of fame. They are, of course, trying to manipulate us into liking them too, but at least we don’t have to grapple with any glaring reasons why we shouldn’t. 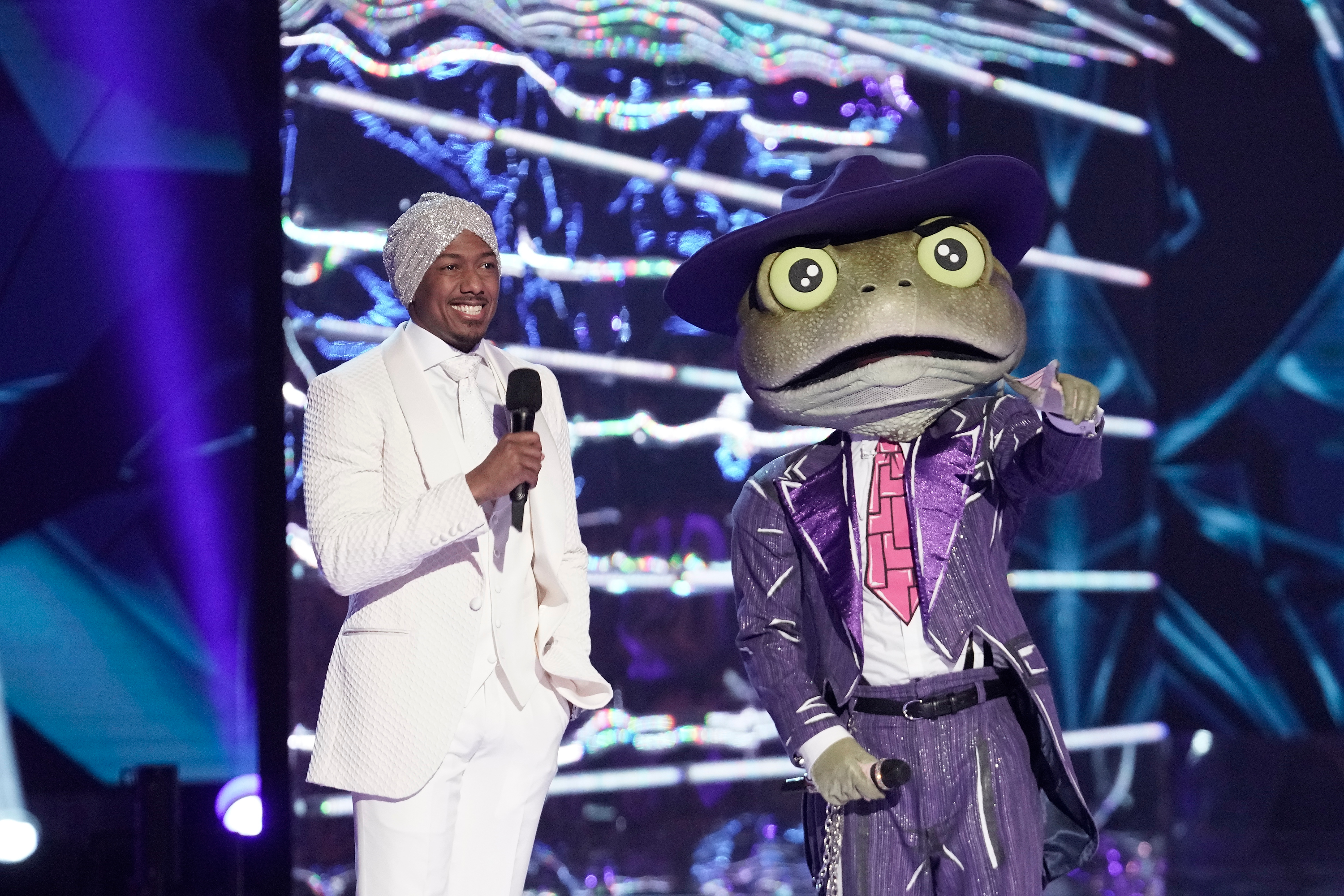 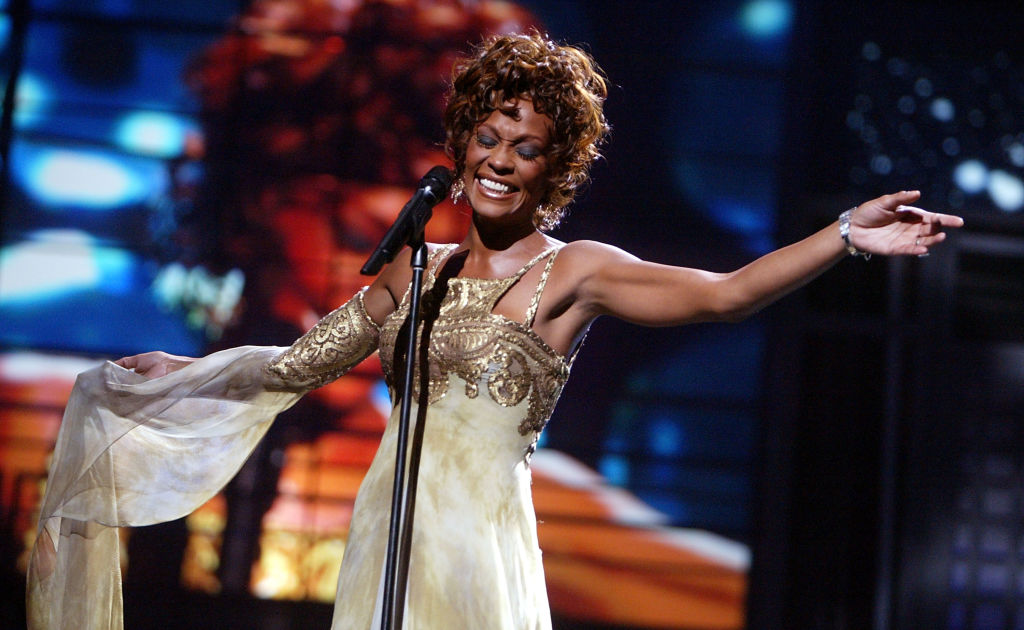 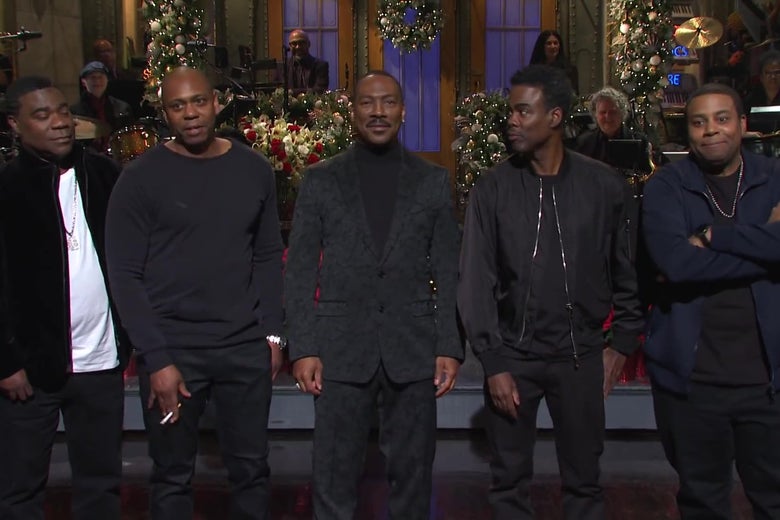 Eddie Murphy Returns to “SNL” After 35 Years: Watch the Highlights