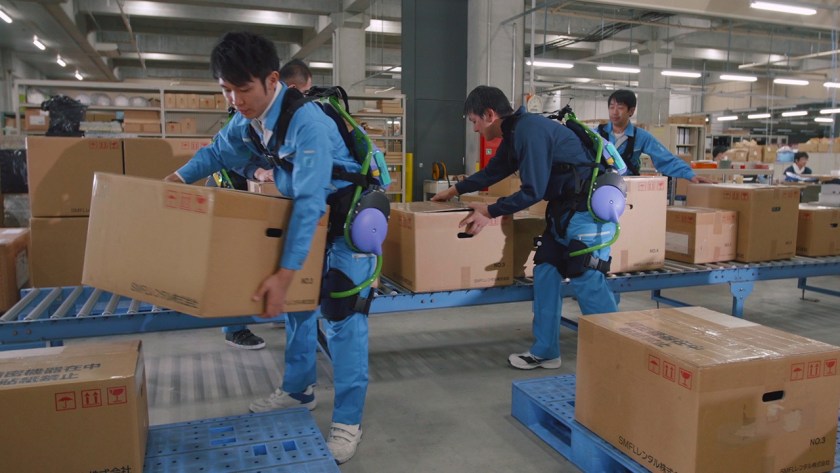 Exoskeletons have been around for some time. Most reduced to military and industrial applications, the prospects of robotic assistance were constrained by the size and weight of these units. Boeing developed its own system specifically for its factory workers to augment their heavy lifting. But the public has yet to experience the applications of an exoskeleton outside of a factory setting or laboratory. That is, until Panasonic unveiled a set of robotic-assistance exoskeletons for consumers in March. 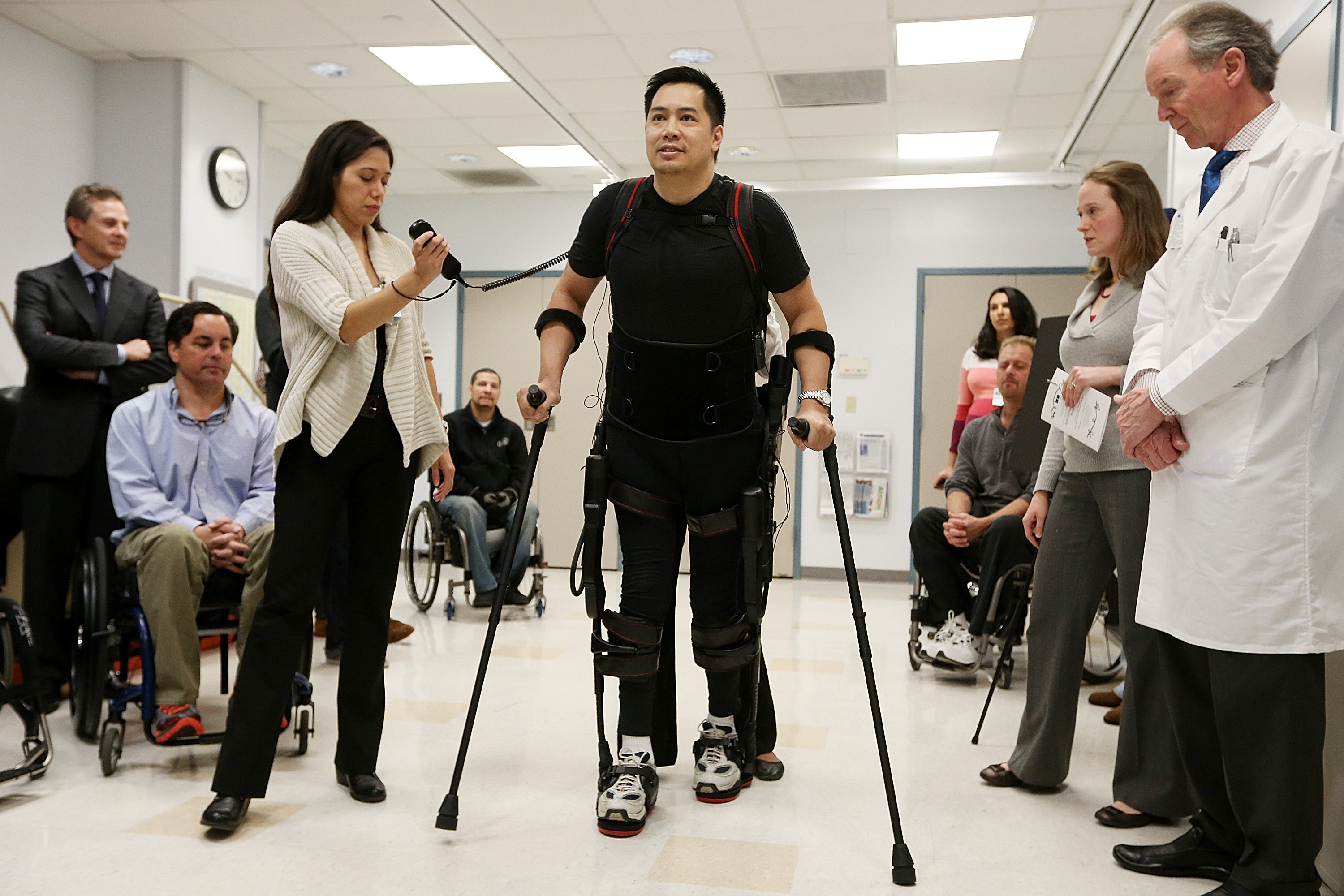 Forty-three-year-old paraplegic Robert Woo walks with an exoskeleton device made by Ekso Bionics during a demonstration at the opening of the Rehabilitation Bionics Program at Mount Sinai Rehabilitation Center on December 6, 2012, in New York City. Woo is an architect who was paralyzed from the hips down during a construction accident and thought he would never walk again. The new strap-on exoskeleton uses motors and sensors to physically move the legs. (Mario Tama/Getty Images)
Getty Images

Through their partnership with its subsidiary ActiveLink, Panasonic will release its 13-pund unit that will allow users to carry an additional 33 pounds of load. The capacity isn’t much, but the Japanse company is also developing a more rugged version capable of carrying a load as heavy as 220 pounds. It also happens to share the same name and look remarkably similar to the one used by Sigourney Weaver’s character in the 1986 film Aliens. Panasonic’s smaller model has two applications: augmenting  manual labor and assisting handicapped individuals. Technology Review‘s Will Knight discusses the implications of Panasonic’s release here:

“Panasonic’s device is among a small but growing number of exoskeletons available commercially—less fantastic and more cumbersome versions of a technology that’s been a staple of science fiction for some time. Though they have mainly been tested in medical and military settings, the technology is starting to move beyond these use niches, and it could make a difference for many manual laborers, especially as the workforce ages.

‘We expect that exoskeletons, or power-assist suits, will be widely used in people’s lives in 15 years,’ says Panasonic spokesperson Mio Yamanaka, who is based in Osaka, Japan. ‘We expect that they will be used for tasks that require physical strength, such as moving things and making deliveries, public works, construction, agriculture, and forestry.’”