Who's the Best-Dressed Man in the Democratic Primaries?

Breaking down the sartorial choices of Biden, Buttigieg, Bernie and more 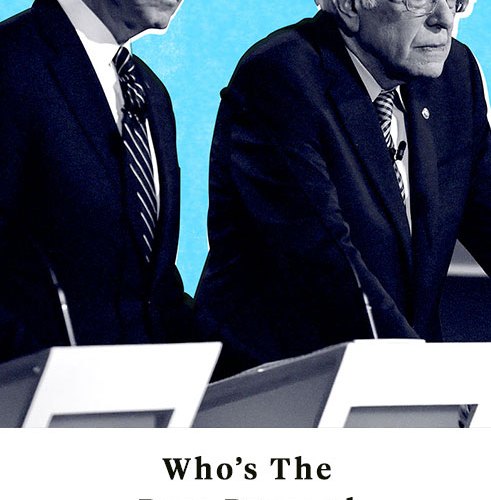 We’re now approximately 37 years into the current Democratic presidential primary, meaning, among other things, that we have a few debates under our belt.

For most, the men’s suits on the stages that host those debates are simply that: men’s suits and nothing else. Save for a tie or shirt color, they all look roughly the same. But the truth is that everything from the fit of their shoulders to the size of their shirt collar matters. It can be the difference between looking put together (Biden) versus thrown together (Bernie). It can help a candidate look fresh and modern (Castro) or stuffy (Buttigieg).

So let’s get into the details of who has done it right up until this point, by breaking down the good, the bad and the ones that have already exited the race.

Still in the Hunt

These days, Biden is usually the best dressed of the evening. He wears a well-tailored classic cut suit, which makes sense given his stature. To the untrained eye they might appear to fit a little on the large side, but the slight pull at his top button and the way the back of his jacket collar sits flush against his shirt collar indicate a well-fitted suit. His suits are almost always a deep navy (although at the Oct. 15 debate he opted for a suit that looked almost black, with a red silk tie and it was truly abominable). He also usually opts for a white shirt which is another key reason he always looks so crisp and refined. Occasionally Biden misses the mark on his tie knot and collar proportions; at the last debate his point collar was a little large for the size of his tie knot, which to me reads like someone who is grappling somewhat with just how much modernity to welcome into his style.

Buttigieg usually opts for blue suit, white shirt and blue tie, which is hard to screw up too badly, but somehow, he manages it. His debate looks are a lesson in how a few simple tailoring and styling choices can make an entire outfit go wrong. Buttigieg is a young guy with a trim frame — he should be in a slim cut suit with a medium-width notch lapel. Instead he’s in a classic cut suit with a wide lapel. His jackets always look too boxy; there is sometimes a gap between the back of his jacket collar and his shirt collar, which indicates they don’t fit as well as they should. And I understand a more traditional cut aptly reflects who Buttigieg is in his politics, but instead of making him appear tailored and classic, the width of his lapels and ties overwhelm his frame, making him look almost juvenile. On top of that his color palette is almost too restrained; he opts for solid ties that look matchy-matchy with his jacket instead of complementing the shade of blue in his suit. I will give him some points for always opting for a white shirt and navy suit, which some of his colleagues miss the mark on.

Bernie Sanders is, almost without exception, a sartorial mess at these debates. His suits are usually a full size too big, likely because he buys them off the rack to fit his midsection, and not his shoulders as you’re supposed to do. And he apparently does not know tailors exist? If I were dressing Sanders, the first thing I would do would be to put him in a jacket one size down, but if I had to work with what he’s got, I’d take it in along the back seams and narrow the width of the sleeve a little, because even his arms are swimming in his jacket. Otherwise, there are some really simple things Sanders could do to elevate his look: occasionally he hits it right with his tie, but pairing it with a blue shirt makes the whole look too casual. If he swapped his blue shirt out for a white one, or even a significantly paler shade of blue, his whole outfit would look more refined.

I know I’m going to catch flak for this, but Tom Steyer’s tie is growing on me. And I want to be unequivocal: it is completely inappropriate for a presidential debate and he should not be wearing it on the stage. But as a stand-alone choice, what Steyer gets right is that he knows who he is dressing: Tom Steyer, a man who looks like he sauntered out of a Norman Rockwell painting with a folksy grin and an unmemorable face. And think about it, would you even know who Steyer was if not for that fucking tie? That being said, there are far better ways he could stand out amongst a sea of solid reds and blues that wouldn’t look like a 14-year-old boy on Christmas: a subtle geometric pattern, even a faint paisley or floral might work, hell, even a more muted plaid. Otherwise, Steyer’s look is unexceptional and mostly acceptable. His suit jacket usually fits decently, albeit a little on the larger, more classic side, which clashes a bit with the narrowness of his tie. And like everyone else on stage in a blue shirt, he should opt for a white one.

Yang’s suits usually fit well. The lapel always looks a little wide and high to me, which makes him look broad in an unflattering way, but the shoulders fit correctly. That being said: he should put a goddamn tie on, or at the absolute very least buy a shirt with a collar that fits. The way his shirt pulls around the top buttoned button drives me up the wall — it makes his whole outfit look poorly executed and it makes me think he has no idea he can buy shirts with varied collar sizes. My guess is the size of his neck makes it hard for him to find one that fits perfectly, but I’m all but certain he can afford a single bespoke shirt to wear for these things, or at the very least a tailor.

Thanks, or maybe no thanks, to some rearranging of the qualifying rules, the next debate almost promises an appearance by Michael Bloomberg and although he hasn’t yet graced a debate stage, his already public profile means we can make some assumptions about what he’ll be wearing on his big night. Bloomberg is typically a really well dressed guy. When he’s in a suit he opts for a more classic cut with a mid-size lapel, typically in a flat navy. He usually wears a crisp point-collar shirt in a white or a very light blue and a silk tie with a properly proportioned knot. His suits are very neatly tailored, which is what keeps the more traditional cut from looking stuffy and overwhelming his frame, and he keeps his tie options relatively straightforward: solid silks or basic patterns. At the debate I hope to see him in a rich navy suit with a white shirt and maybe a complementing light blue tie. But in any case if he sticks to what we’ve come to expect of him style-wise, there’s a good chance he’ll be one of the best dressed guys on stage.

Out of the Running

Julian Castro was always, hands down, far and away, the best dressed man on that debate stage, and boy do I miss him. His suits always fit him perfectly; Pete in particular would be smart to take cues about how Castro managed to always look both appropriate and modern. Occasionally his lapel was a hair too narrow, but that’s just me nitpicking. He occasionally mixed it up by choosing a suit in a slightly lighter — but still appropriate — blue, and his tie choices were always clean and complementary, which was refreshing, as by and large the rest of the men on the stage are just wearing variations of the same uniform.

Booker’s looks were always relatively good, as well. In early debates his suits were too big — likely for the same reason Bernie’s are: he bought them to fit his midsection and not to fit his shoulders. But in later debates they fit just right. His color palette was always clean and simple but not overly drab; his bold red ties worked both as statement pieces and safe choices, and the shade of red he chose always complemented the navy in his suit well. I occasionally was slightly irked by the proportions of his lapel, but generally speaking, Booker was always one of the best dressed, along with Castro and Biden. 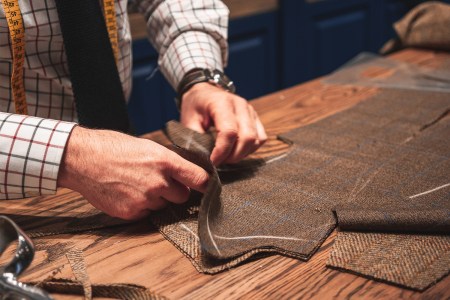 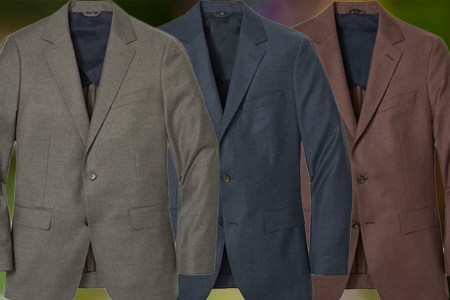 3 Ways to Wear a Suit This Fall 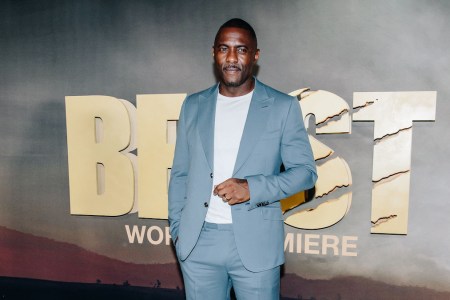