For the 29-year-old superstar and two-time World Series winner, competing as a pro is a year-round affair

But Betts, who also has made five All-Star appearances, isn’t a pitcher, he’s an outfielder. He’s also, among other things, an exceptional bowler who competes professionally on the lanes when he isn’t on the baseball diamond.

Betts recorded a perfect game at the World Series of Bowling in 2017 and another more recently in January, but who’s counting? Not Betts. “I don’t know how many I’ve rolled,” he tells InsideHook. “Probably in the 20 to 30 range or so. It is what it is, whatever.”

The 29-year-old, who always has a few bottles of BODYARMOR Sports Drink with him to stay hydrated during multiple hours at the alley, basically has two different seasons where he competes professionally. “During baseball season, I play baseball, I’m not bowling. In the MLB offseason, I’m bowling pretty much every day,” he says. “I’m very competitive. I bowl in PBA tournaments. I’m in leagues. I’m on a plane traveling and bowling in random tournaments and BODYARMOR keeps me going. I do it all when it comes to bowling. It’s a getaway where I’m not constantly thinking about baseball. I can actually enjoy life when it gets down to bowling.”

Which in no way, shape or form means that Betts doesn’t take his second sport extremely seriously.

“As an athlete, my brain never really turns off when it comes to competition. I get that fix in baseball and in bowling,” Betts says. “With bowling, it’s a little more in your control. You are going up against the lane, so you have to fix your mind because you have to execute each shot. Just like when you step into the batter’s box. It’s more of a competition against someone in baseball and it’s against a lane in bowling. Baseball is my job, so I’ve got to make sure I take care of that. I definitely take more pride in winning in baseball. But winning in bowling definitely feels good too.”

Betts is so serious about how he performs on the lanes that he watches tape of himself rolling the same way he reviews video of himself taking cuts at the plate.

“I do it all the time. I watch video to make sure my mechanics are good,” he says. “Then I don’t have to worry about making a good shot. Or, in baseball terms, taking a good swing when I know I’m ready and mechanically sound. Then I can just focus on one thing. In baseball, that’s just seeing the ball. In bowling, it’s just hitting my mark.”

The former Red Sox has hit his mark frequently and accurately enough that Betts has taken home numerous trophies (that currently reside in storage) and pocketed as much as $2,000 in winnings for a single day of bowling brilliance. “Bowling in those tournaments and all that, it’s not for trophies,” he says. “I bowl for money. That’s my trophy now.”

So between baseball and bowling, how many days of the year does Betts, who will be part of BODYARMOR’s new EDGE campaign, estimate that he’s competing at something professionally?

“I don’t know. 365? I would say at least two-thirds or three-fourths of the year I’m competing in bowling or baseball or doing some type of competition,” Betts says. “I play golf and pretty much everything. My mom plays cards in a club, so I go over there and play cards with them on whatever days they meet. I have a competitive family, so we pretty much compete in anything. My wife and I go on vacations with our little girl and we get some time to relax. But my wife is just as competitive as I am so while we’re relaxing, we’re playing cards. We’re competing. It’s always something that we do. That’s just how me and my family were wired. I’m usually competing.”

Even in Wordle? “I haven’t done that,” Betts says. “I try and unwind off of my phone and not be on it too much.” 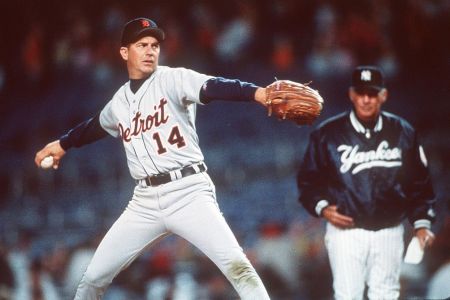