The Swiss-Ecuadorian alpinist has already knocked Kilimanjaro, Aconcagua, Elbrus and Denali off of the list

In 2019, Swiss-Ecuadorian alpinist Karl Egloff climbed up from basecamp at Denali to the mountain’s 20,310-foot summit and then back down using a combo of hiking boots, snowshoes and running shoes in 11 hours and 44 minutes to set the fastest known time (FKT) for summitting and descending North America’s highest peak.

It was quite a feat, but it’s just one of seven that Egloff needs to accomplish in order to set the new world speed record for climbing the tallest mountain on each of the continents, a septet of peaks known as the Seven Summits. In addition to Denali (North America), he has already knocked Kilimanjaro (Africa), Aconcagua (South America) and Elbrus (Europe) off of his list, leaving only Carstensz Pyramid (Oceania), Vinson (Antarctica) and Mount Everest (Asia) left to go.

“Every mountain is a bit different,” Egloff tells InsideHook. “For example, Carstensz Pyramid’s a rock-climbing mountain, so you need that training. With mountains like Kilimanjaro, you have to run a marathon with a lot of vertical gain. That’s what makes this project so special. Climbing in the Antarctic is definitely not the same conditions as doing that in Indonesia or at Denali, which is also an absolutely different distance. You have to be good at climbing and know how fast you can move on certain terrains. It’s a kind of hybrid sport between mountain climbing and trail running.”

Physically challenging, speed climbing is also a workout mentally as there are many factors to consider and prepare for, including dealing with sleep deprivation, bad weather, freezing temperatures and headaches. To help him better handle whatever a particular mountain or climb throws at him, Egloff and his team plan meticulously.

“It’s a very strategic sport. You have to know where you have to be and at what time to be safe,” he says. “For example, normally people take 16 to 21 days to climb Denali. I did it in 11 hours. Only certain places on the mountain are safe depending on the time of the day. At midday, you can’t be where the sun is very warm and conditions can change and there could be avalanches. And you don’t want to be at the summit at midnight when it’s the coldest. You need a team and to have someone who is in a higher camp than where you are. That way, when you are approaching, new gear is already there. You can leave gear behind, eat something and try to move on as fast as possible.”

A mountain guide by trade who learned the ropes from watching his father do the same job, Egloff encourages his clients to enjoy every single step they take while climbing and to stop and smell the frozen roses. While it wouldn’t seem that sort of appreciation would be possible for Egloff while he’s flying up and down mountains like a madman, he insists that actually isn’t the case.

“A lot of people think there’s no time for respect or appreciation and you don’t see anything beyond your feet. It’s absolutely the opposite,” he says. “Of course, you pass through places you would love to sit down and eat and enjoy and you are always in a hurry and running. And yeah, of course, you are just focused on the time. But what people don’t know is how many hours you’ve spent training and that this is where everything comes together. When I do an FKT, I really enjoy it even if I’m suffering and speeding up and down. It’s enjoying the moment, enjoying the process.”

For the majority of us, that process would be a punishment. For Egloff, it’s akin to a reward.

“I’m a mountain guide, so I’m used to going very slow on a mountain guiding other people who are trying to achieve their dreams. Being out there alone, running, pushing my limits to another level is really nice, I’ve discovered,” he says. “There’s freedom out there, like opening your wings like a bird. I feel safer in the mountains than in the city. It’s my place to be. I feel really privileged and humble in the mountains. With these records, humbleness is everything. The mountain is always going to be stronger than you are. That’s what I like. That’s why I do it.”

Now 41, Egloff acknowledges he won’t be doing it forever, and he has plans to travel, spend time with his family and maybe even write a book once he’s done with the Seven Summits. But before he’s done completely, Egloff also wants to cross the Antarctic running and attempt to set an FKT on K2. Also? Make sure he makes it home in one piece.

“There’s a small line between death and living. I’ve had to rescue dead bodies from crevasses and take them down the mountain. I’ve lost many colleagues while they were working,” Egloff says. “You start thinking, ‘Okay, this is serious. This is not just running around the park.’ You always think about risks. I’ve had frostbite. I’ve been in the hospital with broken bones. That’s part of the game. As with every single extreme sport, you can fall. You just have to stand up again and try to do it better.”

Until you can’t anymore. “In an extreme sport, you have to know where the limits are. Some athletes say there are no limits. Of course there are limits,” Egloff says. “There will be a day that you say, ‘I cannot take more time off this record. This is it. It’s probably for someone else, but for me, that’s it.’ This is something I’m aware of. I’m happy. Records are made to be broken.” 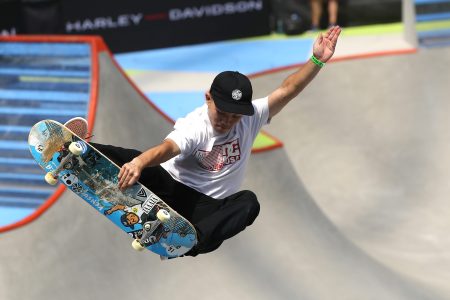 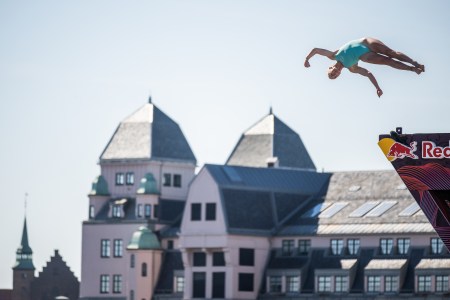 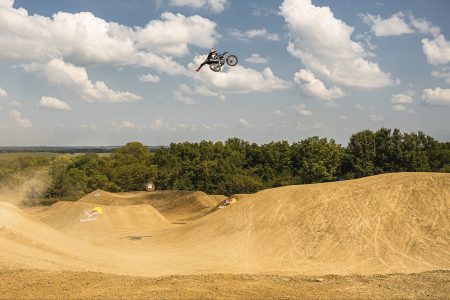