Eli Manning on Fantasy Football, the ManningCast and Flipping Eagles Fans the Bird

These days, Eli Manning is a football watcher, not a football player.
IBM/ESPN
By Evan Bleier @itishowitis

Watching the Eagles get housed by the Dallas Cowboys on Monday Night Football last September — with his brother Peyton as part of their so-called “MegaCast” on ESPN2 —  Eli Manning got to chatting with guest Chris Long about how he was treated by Philadelphia fans throughout his career while playing quarterback for the New York Giants.

Seemingly a bit worked up by his conversation with the ex-Eagles defensive end, Manning flipped America the bird with both barrels as a demonstration of what children would routinely do to him when he was in the City of Brotherly Love.

Moments later after possibly being informed that the FCC looks down on that kind of thing, Manning, who uses assistance from IBM Watson to help manage his fantasy football team on ESPN, apologized and blamed Long for the dual freedom rockets. “Sorry, earlier I did the double bird,” he said. “I guess that’s frowned upon, so I apologize if I offended anybody. That’s what a nine-year-old did to me. I thought I could do it back. Chris, I blame you. I blame you for that.”

Now, a bit more than a year later, Manning still won’t accept blame for the incident. “It wasn’t me doing it. I took over the body of an Eagles fan for that three seconds,” he tells InsideHook, but he also has much kinder words for the Eagles today. “I watched some of their game this weekend to see Jalen Hurts and, I’ll say this, they’re playing very good football right now. I got to know Hurts a little bit when he was in college. He used to come to our football camp. As a quarterback, you know how hard it is, so you root for quarterbacks. When it’s a critical moment or if a guy’s having a rough day, I feel for him. Obviously, I’m a Giants fan but I’m also a fan of football and it’s fun to watch when guys are playing well.”

What else is Eli enjoying these days? We asked him.

InsideHook: You’re a big fantasy player now with IBM Watson. Any Giants on your team?

Eli Manning: I don’t have any Giants on my fantasy team this year. I kind of learned that the hard way. My first year doing fantasy football, I picked a lot of teammates and a lot of guys I knew or had personal friendships with. It didn’t work out well for a number of reasons. I was mad at them if they didn’t play as well as I wanted. So this year, I didn’t draft anyone that I’m pals with or I know really well and it’s working out a lot better for me mentally I think.

IH: Oh, you were playing fantasy football when you were a player?

EM: No, I didn’t play when I was a player. I just picked it up in retirement and I have a couple of buddies who play. I actually do a little league with my 11-year-old daughter and some of my other pals and their kids. I’m trying to get my kids to watch games with me and get them interested in learning about some players. It’s been a lot of fun.

IH: Are you competitive about it?

EM: Early on, I just kind of did it just to do it, but I’ve gotten more competitive about it than I thought I would be. I’m reading about injuries and using the personal information I know about a defense I have played against. I try to use all the information to really get decisive about which players I’m gonna start. The worst thing you do is be hesitant. If you don’t have all the information, you won’t start a guy and then he blows up and gets 20 points while he’s on the bench.

IH: How much football do you find yourself watching now that you are retired?

EM: Football has always played a big role in my life and that hasn’t changed. There’s preparation for the weeks we have Monday night football, so I’m watching game film of the two teams and talking to players and coaches to get a good feel for both teams. I’m also still a big fan of college football so I try to watch Ole Miss and a couple of other games on Saturdays. I still go to some of the Giants games on Sundays but it’s a little hard with four kids running around. My daughter will sit and watch a game with me while I’m keeping up with my fantasy team. She’ll be yelling at Josh Allen to make some plays I need and to throw it. It’s kind of fun getting the family involved.

IH: Speaking of family, did you ever think you’d be spending so much time with your brother?

EM: I didn’t really anticipate spending so much time with Peyton. He lives in Denver and I live in New Jersey so we’re on two sides of the country. We would always make some time to get together or do a commercial together, but now I know I’m gonna be with him for 10 Mondays throughout the year. During the week we do a lot of communicating too by leaving each other voice memos about our insights on a team or what we’re hearing. We share notes how we used to when we were playing if we had common opponents. Now we get to do it again. We speak the same language in football so things I can just talk and tell him things someone else might not understand.

IH: Do you guys ever talk about the Hall of Fame and if you should be getting in there?

EM: No, that hasn’t been a topic. We’ll figure that out and just let it run its course. 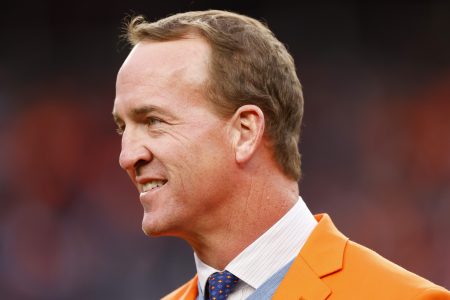 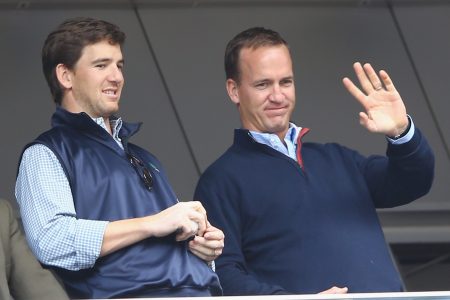 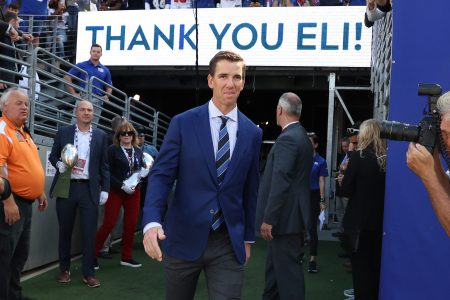