Excerpt: Looking Back at Dream Teamer Charles Barkley’s International Incident at the 1992 Olympics

Travel back to Barcelona with an excerpt from “Barkley,” Timothy Bella’s definitive biography of Sir Charles

Dream Teamer Charles Barkley was a nightmare of the competition on the court in 1992.
David Madison/Getty
By Timothy Bella

The following excerpt about Charles Barkley’s time with the Dream Team at the 1992 Summer Olympics in Barcelona is from Barkley: A Biography by Timothy Bella and is reprinted courtesy of Hanover Square Press.

The Dream Team might have been, as commissioner David Stern put it, a legendary combination of the Kirov Ballet, the New York Philharmonic, and the Beatles. Still, the question asked to Charles Barkley had to be answered: How much do you know about Angola?

After gaining independence from Portugal in 1975, the country, a prominent producer of oil and diamonds in sub-Saharan Africa, had been entrenched in a years-long civil war at the time of the 1992 Olympic Games. Angola, which was nearly twice the size of Texas, was eagerly awaiting its first multiparty elections as part of its democratization and peace process. The nation’s unrest proved to be one of the more prominent proxy wars of the Cold War, which meant the United States had a keen interest in funneling hundreds of millions of dollars in weaponry and aid to the National Union for the Total Independence of Angola to help offset the Soviet Union’s funding of the ruling power, the Popular Movement for the Liberation of Angola. The fact that Angola was at the Olympics at all was a stunning triumph.

All of this is to say Charles Barkley was unaware of the affairs of the faraway nation at the beginning of the ’92 Olympics. There was gold to be won.

“I don’t know anything about Angola,” he replied, “but Angola’s in trouble.”

Trouble looked like a 46-1 run in the first half of the opening match of the Olympics and staring back at your opponent, USA Basketball, the greatest team ever assembled in the history of the sport. A portion of the sold-out crowd inside Palau d’Esports were waving American flags and covered in stars-and-stripes face paint, cheering for every pass by Magic, jumper by Larry, and slam by Michael. Yet Charles, who was dunking, diving, and dominating the overmatched opponent, was growing tired of all the elbows he claimed to have been hit with in the first half. Charles barked at an official to say that Herlander Coimbra had elbowed him in the back.

At twenty-four years old, Coimbra thought he was the luckiest guy in the world to play against Charles and the Americans. The nerves of playing their heroes got to them before the game started. But asking the Americans for autographs before the game removed the competitive edge. Coimbra, a soft-spoken college student studying economics, was especially fond of Charles, his favorite forward, who he watched every Wednesday in Luanda on the country’s weekly NBA broadcasts.

“Other players in Angola who play against Charles Barkley, they told us there’s like a kid, a fat boy who is very aggressive in the paint,” Coimbra said.

Off a Patrick Ewing rebound, Scottie Pippen took one dribble before zinging a one-handed, full-court strike to Charles, barreling in stride for the easy left-handed layup to give them a 38–7 lead. On the way up, Coimbra had gone for the block. Charles said he felt the Angolan hit his head — even though video of the game shows that to be debatable.

That’s when Charles, grinning and bouncing his way back down the floor, reared back his right elbow and cracked the spindly Coimbra square in his sternum, stunning him. He’d be called for a flagrant foul. David Robinson and Karl Malone told him there was no need to make them into the bad guys. Clyde Drexler said Charles did the one thing they were trying not to do. Soon, whistling filled the arena. Michael Jordan would tell him that the whistling was not because they were happy; it’s because they were booing. Commissioner David Stern remembered all too well how Charles turned them into “the US bullies.”

“We said to Charles, ‘Look, man, you’re a reflection of all of us, so if you do it, they’re not going to write the article that Charles Barkley did it. They’re going to say, the Dream Team,’” Johnson recalled. 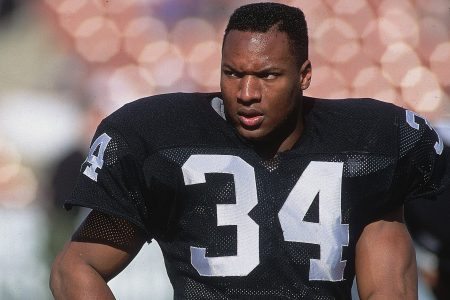 You Think You Know Bo? A New Book Shines a Light on the Legendary Athlete.

It wasn’t even halftime of the first game and Charles Barkley had become the Ugly American of the 1992 Olympics, with all the aggression, arrogance, and entitlement that accompanied the decision to allow NBA players to compete at the Games.

Two weeks later, he had taken over Barcelona.

“He was the most memorable person of the 1992 Olympics,” said Michael Wilbon.

In the early minutes of that first game against Angola, Marv Albert asked a question to Mike Fratello while Charles was at the free throw line. “Do you get the idea that, one way or another, he might cause an international incident?” Albert said of Charles.

Then, the hit on Coimbra turned into the talk of that first game. Charles brushed aside the coverage on Coimbra, someone who he guessed “hasn’t eaten in a couple weeks,” as nothing more than “a figment of the American media’s imagination.” When asked by Bob Costas about whether the elbow was keeping with the ideals of the Olympics, Charles, who had joked how he thought Coimbra was “going to pull a spear on me,” said the hit was more like the ideal of the playground.

“His answer was it would be almost disrespectful to them if we didn’t play at the level that they expected,” Costas said. “He was right because you remember that some of these guys were literally asking to have their picture taken while the ball would go out-of-bounds, and they would want to put their arm around Charles Barkley, Michael Jordan, or Larry Bird and have their pictures taken with them .”

The same went for Coimbra, who had refuted Charles’s claim that he elbowed him before the incident, but still got a photo with him afterward. The two developed something of a bond in the years that followed, as the elbow made Coimbra a big deal in Angola. 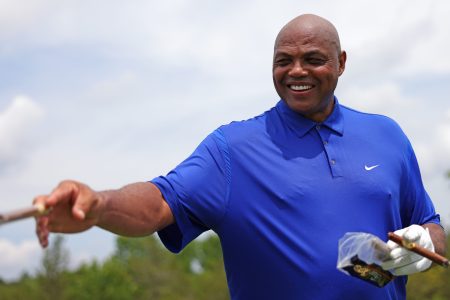 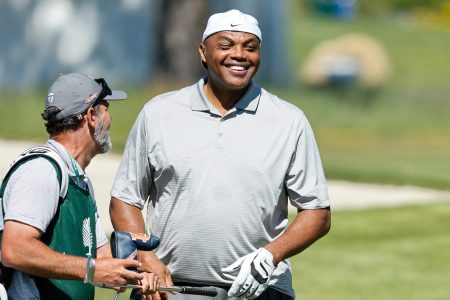 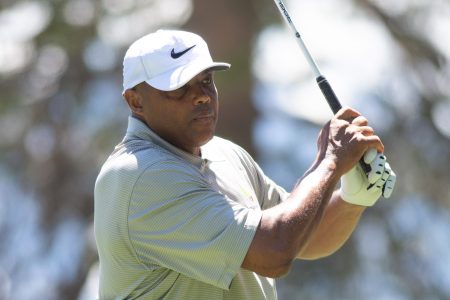