22 Questions: What Is the Ultimate Legacy of Carmelo Anthony?

In the court of public opinion, Carmelo Anthony is the most disappointing first-ballot Hall of Famer in NBA history. Burdened with the impossible expectations of being LeBron James, his close friend and fellow 2003 draftee, Anthony has comparatively underwhelmed. (By this standard, basically every other basketball player has too.) Every moment and every accolade that Anthony racked up felt at best like he was barely trying to keep pace and, at worst, totally hollow. He’s a top 20 scorer of all time and the only one derided for subsisting on inefficient buckets. He’s a 10-time All-Star who’s had less playoff success than anybody else who could say the same. As a result, Anthony became basketball’s foremost purity test, a simple heuristic for how the game should be played. It’s universally agreed that Anthony is a problem (followed by the huffing with anger emoji, followed by the bicep emoji, followed by the 100 emoji), but the question remains for whom.

Independent of all the hot-takery he inspires, Anthony was (is?) an undeniably stupendous scorer. During the last 17 years, he’s dictated the terms of engagement with every defender he’s faced. While he may not quite have the inexhaustible bag of counter moves and counter-counter moves that Kobe Bryant or Michael Jordan had, that’s besides the point: no other player has matched Anthony’s blend of girth, quickness, shooting touch and technique. He turned the high post into his home office, isolating defenders and then dismantling them with power, speed and finesse. With his array of jab steps and pump-fakes, he forced defenders into an impossible foxtrot of toeing an invisible moving line the width of a human hair, lest Anthony blow by them or drain a jumper over their futilely outstretched arms. He’s averaged 23.6 points per game, the 22nd most in NBA history; it’s easy to see why.

For the last 17 years, Anthony’s true-shooting percentage has been exactly the league’s average. Unlike James Harden, who’s reengineered the calculus of basketball, or Lebron James, who pairs his scoring with genius-level passing, Anthony’s game was fairly flat and limited, not providing many pathways to utility beyond prodigious scoring. Paired with his average efficiency, his sleepy defense and begrudging passing made Anthony a natural enemy of a burgeoning advanced-stats movement that ran contrapositive to how he played the game.

This conception of Anthony as the archetypal egomaniac “star”  birthed an uncharitable yet almost-plausible revised historiography of Anthony repeatedly valuing image and money over success. In 2006, James and Dwyane Wade structured their contracts that they would enter free agency at the same time in 2010 and invited Anthony to do the same; Anthony inked a longer, more lucrative deal in Denver and missed out on a potential dynasty as a result. Then, just six months away from becoming a free agent in 2011, Anthony agitated for a trade to New York so that the franchise could acquire his Bird Rights and offer a bigger extension that summer, forcing the team to gut their cache of talented prospects and draft picks in the process. Similarly, in this imagining of Anthony’s career, he forced out Jeremy Lin in 2012 because he didn’t want to play second fiddle, which, fair; there’s never been — and never will be — a time in recorded human history where Carmelo Anthony is worse at basketball than Jeremy Lin. Going into this season, Anthony had seemingly driven himself out of the league because of his refusal to fade quietly into obsolescence, a la Vince Carter. It seemed like Anthony alone was the only person who didn’t recognize that he was a net negative on the court — he clearly has never thought about his box plus-minus, can you believe the nerve?

In turn, Anthony has revealed the fissures and fault-lines of NBA fandom. On the most basic level, Anthony is a major battleground in the eternal war between tape-grinders and math wonks. During Anthony’s prime, advanced stats pegged him as a top 25 player in the NBA rather than the no-doubt member of the top 10 that he was. Yes, his efficiency was meh, but “efficiency” was considered to be some profoundly nerdy shit for most of his career. And he wasn’t even inefficient: the fact that he maintained league-average marks is a titanic accomplishment given the volume and degree of difficulty of his shots. He spent the majority of his career dragging limited teams into the playoffs, single-handedly generating offense because of his ability to instantly conjure decent chances. There’s a reason that NBA legends like Kobe Bryant, Paul Pierce, LeBron James and Mario Hezonja have all described Melo as the toughest player they’ve ever had to guard.

Beyond the tired debate around advanced stats, Anthony has become a referendum on basketball’s system of aesthetic and moral values. He’s now often characterized as a mid-range-centric dinosaur who got rightfully left behind by the three-point revolution — never mind that Anthony basically served as the prototype for the modern power-forward and won a scoring title in doing so (and that he’s been unstoppable playing in a free-flowing system in the Olympics). Or he’s a ball-stopping diva who doesn’t make his teammates better, which is true as long as you ignore that his teams have scored an average of 4.95 more points per 100 possessions when he’s on the court than when he’s on the bench, according to Cleaning the Glass. He’s a team cancer … who won teammate of the year. “‘He won’t lie and he won’t blame,”  his former teammate Iman Shumpert explained in an interview last spring. “[He would say] ‘It’s not my job to take food out of another man’s mouth, I’ll take the blame. Even if it’s the coach’s fault, they’ll fire him. They ain’t gonna fire me. I trust in my work ethic that I can fix this.’”

What’s more, today’s NBA has gone soft, rotted by non-competitive babies who would rather play with each other than compete — yet Frank Ocean basically called Anthony a loser for not winning enough on his own. Players must be loyal to their team and their city, all the while Anthony was driven out of his hometown by the Knicks.

If all this discourse around Anthony sounds exhausting, it’s because it is, especially now that he’s a perfectly fine role player on a mediocre team. In Portland, he’s putting up 15.3 points and 6.3 rebounds per game, statistics that are impossible to feel strongly about in either direction. His basketball career assumed a weird, out-sized importance because, frankly, not that much happened. He played really well and scored lots of points, but that was kind of it. His legacy almost demands a kind of ambivalence: he’s one of the greatest players of the last 20 years, but he didn’t accomplish as much as he maybe could (or should) have, and that doesn’t necessarily have to mean anything. He isn’t a sniveling Llewyn Davis type, unable to accept the natural progression of things. Nor is he a hoops Don Quixote, honorably trying to fight for a world that only he can see. There’s nothing to rage against because there’s no dying of the light. Ultimately, Anthony is a victim of the worst impulses of sports fandom: the inability to just let things simply be.

Not that he cares if your glazed-donut-face ass roots for him anyway. 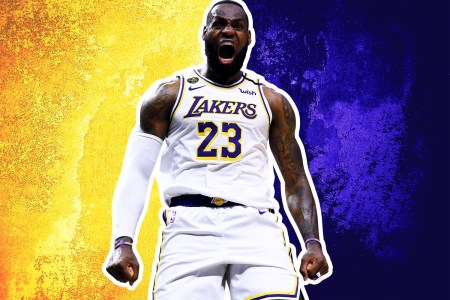 Is LeBron James Still the Best Player in the NBA? 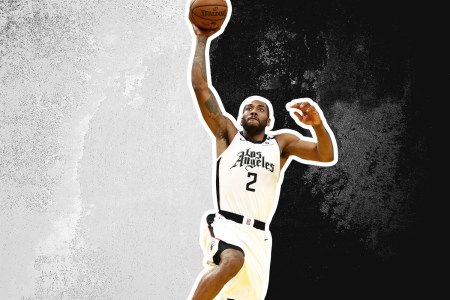 Will the LA Clippers Reach Their Sky-High Ceiling? 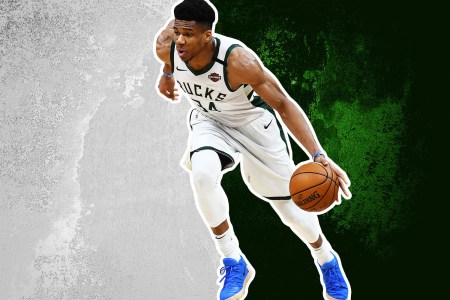 22 Questions: Can the Milwaukee Bucks Fulfill Their Destiny? 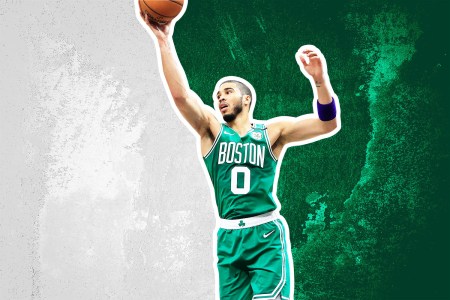 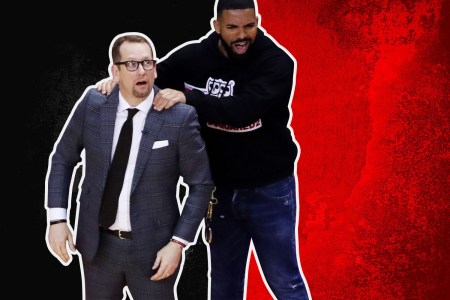 Is Toronto's Nick Nurse the Best Coach in the NBA?