The latest edition of ESPN’s 30 for 30 series, “Jeanette Lee Vs,” debuts December 13

Is there any other pool player you can name besides Jeanette Lee?
Jason Kempin/Getty Images for Rush For Literacy
By Evan Bleier @itishowitis

Before it was the destination cable viewers flipped to find Around the Horn, Pardon the Interruption and a variety of other shows featuring Stephen A. Smith shouting into the ether, a young ESPN2 was home to Women’s Professional Billiard Association matches that introduced America to the tour’s most intriguing player, “The Black Widow.”

Nicknamed “The Black Widow” by an acquaintance from the Manhattan pool hall where she started shooting as a rebellious teenager in 1989, Jeanette Lee was one of the WPBA’s top players by the early ’90s and was named the association’s Sportsperson of the Year in 1998, three years before she won a gold medal for the United States at the ’01 World Games.

Born in Brooklyn to Korean immigrants, Lee stood out for her look as much as her play and was instantly recognizable dressed in form-fitting black clothing with her signature two-fingered glove on her bridge hand. Stalking the table with confidence and swagger, Lee never gave a hint that she suffered from scoliosis as a child and that her spinal condition still pained her, despite having had surgery to correct it. Despite her pain and being a relative newcomer to her sport, Lee was a star in the ’90s and early 2000s and even had her own SportsCenter commercial. Then, as ESPN2’s transition to talking heads pushed non-mainstream sports even further down the channel list, she faded away.

Now in her 50s and battling ovarian cancer she was diagnosed with last year, Lee is the subject of the latest edition of ESPN’s Emmy-award-winning 30 for 30 series, of which there have been many quality installments. InsideHook caught up with her ahead of the premiere of Jeanette Lee Vs last night on ESPN.

InsideHook: Looking back on your career, how were you able to accomplish so much so fast?

Jeanette Lee: Falling in love with pool really started the beginning of me learning who I am. When I started playing pool, I stopped caring what other people thought. I was just like, wait, I’m playing this game so I’m going to go eat what I want to eat and I’m going to do it on my time the way I want because I have to get back to pool. Before pool, I think there was so much dead time and such a lack of inspiration or motivation to do anything. In contrast, pool was the most exciting thing I could have fallen in love with by far. Everything I did from that point on had to do with pool. I started to work out for stamina. My back had so many problems I had to strengthen my core just to survive and be able to continue playing. I did mental exercises. I started developing myself. I had direction. I had goals, I had inspiration. I took off. Within three years I turned pro, and a year-and-a-half after that, I was number one in the world.

IH: What made you such a quick study?

JL: At the beginning, it absolutely was all about putting the time and the hours in. It killed my back. I was constantly in pain, but I was so in love with the game that I didn’t care. I kept doing it to the point where people would have to carry me back to my apartment because I did not care about the health of my body. I cared about being the person who was playing when everyone else was going to the movies. I wanted to be playing when they were having long dinners. I wanted to be playing when they took bathroom breaks. I felt like the more I was playing when everyone else wasn’t, the stronger and the better I would get. Every time I ate a long dinner or decided to watch a movie or relented to my friends and went to hang out, I felt I was letting people gain on me and it was a complete waste of time. It got to the point where I stopped socializing. I was playing pool all the time. My socializing was in the pool room, but I really loved it, so I kept doing it. 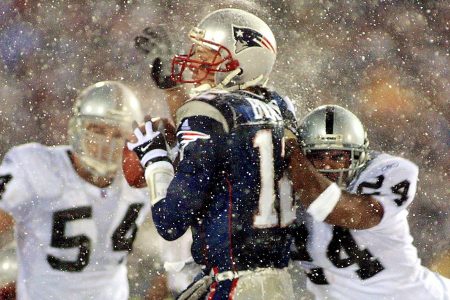 Understanding the Butterfly Effect of the "Tuck Rule," 20 Years Later

IH: Did you have a method for handling the mental aspects of competing as opposed to the physical ones?

JL: On every pool stroke, you have all the time in the world to doubt yourself, to feel your body and how you played last week. It goes on and on. The best thing you can do is make sure you’ve practiced. If you want to be highly competitive, your practice needs to be serious. You need to be in the frame of mind that you would be at a tournament and train the way that you need to compete. Then, you don’t have that anxiety and you feel confident. I have a pre-shot checklist. Make a decision, picture the shot, find the smallest target and let the shot go. You have to be decisive in whatever decision you make and picture it happening. That way, your body and mind can see and feel it and cause your arm to do what your brain is thinking.

JL: When I first started, I was always playing men because they were the only people in the pool room in New York. I got to see some incredible match play, so that’s who I aspired to be and who I aspired to beat. When I started on the women’s tour, I found we’d be playing and I would notice my opponent’s shoes or her outfit. I didn’t play as well with the women as I did with the men. When I played a man, I was so focused that all I wanted to do was destroy them and break their balls and send them home. I never looked at what shoes they were wearing or who they were talking to. Playing the best men in New York City destroyed me. I took a beating. But it helped me by the time I got to the WPBA. I was so used to being the underdog, I learned to take down as many great players as I could.

IH: Once Jeanette Lee Vs was finished, what was it like watching a documentary about yourself?

JL: It made me feel proud, but it also made me feel like I could have done more. I always feel I could have done better, but I gave myself more credit after watching the documentary than I did before it. I also got to see and experience people who are really important to me like my children, my sister, my mom, my friends and my competitors speaking about me. It warmed my heart so much and it was such a gift. It was really scary to get diagnosed with ovarian cancer and face the possibility of dying within two months. Right at that time, I get this gift of joy and appreciation and pride and gratitude and humility. I’ll forever be thankful for this documentary. 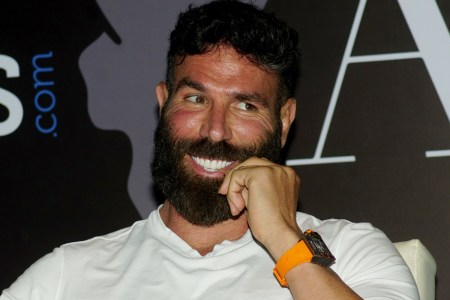 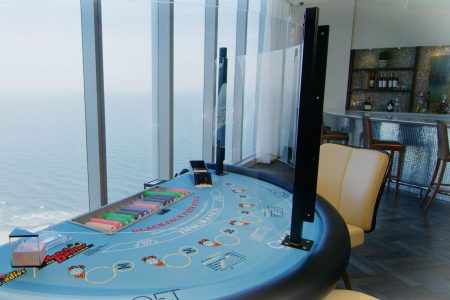 Inside the Ocean Casino’s High-Roller Gaming Suite, The Richest Room in Atlantic City 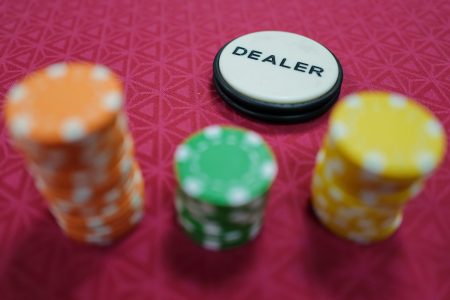