Nike Releases the Fastest and Most Poorly Named Running Shoe Ever 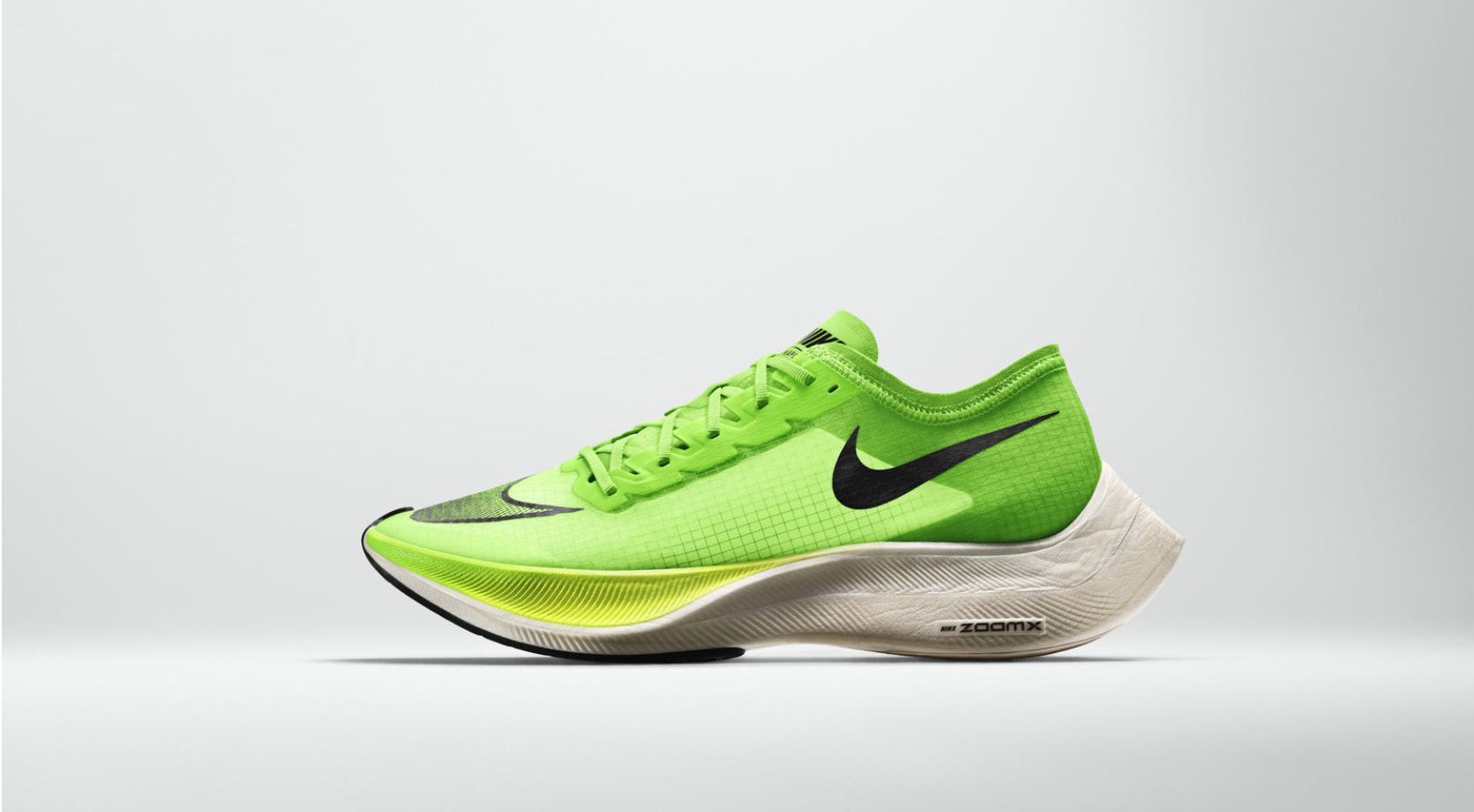 Today, Nike began its rollout of the followup to its game-changing 2017 running shoe, the Vaporfly 4%, some version of which was worn by pretty much every major marathon winner since its release. It combined a carbon-fiber plate for forward propulsion, “Pebax” foam for an unprecedented combination of cushion and responsiveness, and a lightweight upper. It was, to put it simply, miles ahead of anything else on the market.

So it was with bated breath that the running community awaited the successor to the 4%. The 5%? Nope! Not the 5%, but the Nike ZoomX Vaporfly NEXT%.

Hooboy. Apparently early testers did not see enough gains in efficiency for Nike to be able to legally justify calling the shoe the 5%, so they settled on the wholly ridiculous Next%, which — hey! — makes no fucking sense whatsoever.

Which is not, of course, to say that people are displeased with the shoe. It was developed with input from Nike’s legion of elite runners, and it addresses their two main complaints: a lack of overall stability and somewhat poor performance on slick surfaces. For the former, they made the foam bed slightly wider, and for the latter, there’s an updated traction system that’s meant to channel water off the shoe without affecting toe-off.

According to Runner’s World, the upper, comprised of a new material called Vaporweave, weighed in at .4 ounces lighter than the Flymesh of the previous version. The shoe also has offset laces that take pressure off the top of the foot and allow for a more secure fit without having to tighten to the point of strangulation. The drop from heel to forefoot has been decreased from 12mm to 8mm, keeping it more in line with the direction other shoes have been moving in. Runner’s World also points out that the shoe feels less strange on slower runs than the 4% did, making it more suitable for daily training than just race day.

The Next% will be available starting on Monday, April 28, but only to Nike Plus members. They’re going to sell out pretty much immediately, even despite the dumb name and the $275 price tag. Then they’ll be more widely available this summer.