In Elizabeth Renstrom and Zoë Ligon’s "Carnal Knowledge: Sex Education You Didn’t Get in School," the images are colorful in more ways than one.

All of this made me think of The Joy of Sex, originally published by Dr. Alex Comfort in 1972. The book has been a bestseller around the world since. One of the reasons it became so groundbreaking at the time was because of its illustrations: the graphic black and white drawings by artist Chris Foss — sometimes taking up two entire pages — featured a man (the book’s color illustrator, Charles Raymond) and a woman (his wife, Edeltraud) with all manner of hair, their bodies arranged in a multitude of positions.

Sometimes when you look at a text like that, you’re laughing for the wrong reasons, Renstrom says, because the information is shown in an outdated way. But she and Ligon (fun fact: the two met 10 years ago while working at an American Apparel on New York’s Upper West Side) wanted to poke fun at that, because a sense of fun on the part of the creator can engender a sense of openness in the viewer. “I think for me the reason humor is important and relatability is important in all the photos is just to make sure that even people who wouldn’t necessarily purchase or pick up a book on sex, maybe there’s an entry point,” Renstrom says.

It opens “a door of perception.” as sexologist Dr. Carol Queen says. “It’s why my partner Robert and I like to make a group of people that we’re teaching a class to laugh a few times during the course of the class, because when you get to that space of pleasure … [it] opens doors to taking your material … hopefully seriously but at least with a degree of comfort, that the material doesn’t always bring with it itself since so many people are tweaked out about sex, even now.” Accordingly, Queen’s own book, THE Sex and Pleasure Book: The Good Vibrations Guide to Great Sex for Everyone, features sweet and lively comic illustrations by artist Amanda Lafrenais.

The former photo editor at Vice and the current photo editor at The New Yorker, Renstrom has been making still lifes as part of her personal photographic practice and commissioning images for much of her career. This particular project began as a series of sex tips with Ligon for an online magazine, and when a publisher came to Renstrom and asked what kind of book project she’d like to do, an expansion of the series came to mind.

When people write about sex, Renstrom noted that too often the accompanying imagery had become a visual cliché. Think halved papayas, strawberries, bananas — you know the drill. She and Ligon wanted to deviate from that with this book. Indeed, Renstrom’s photographs in Carnal Knowledge are at once thoughtful and creative, surprising in the funny and offbeat way that a rainbow merkin on a clear plastic mannequin (page 25) should be. And while she laughs that there is indeed a banana with a condom on it in the book, it’s meant to call attention to the sex ed visuals of yore (the hands holding said objects in Renstrom’s photo are encased in silky yellow gloves as another visual double entendre).

“Because there is so much more content derived about sexuality and pleasure, I think we’ve had to create a new visual language around it that’s not just a cucumber with a condom on it, all the kind of typical stock that you would see,” she says. “I’m so happy there’s a bank of images that go beyond that now. I think it’s natural that there’s been a huge transition in how images for those pieces are presented.”

Queen agrees, and says this happens partly because the audience consuming these visuals has changed. “People who are under 40 now, especially people who are in their high teens to 30, are more comfortable with body-depicting visual languages than generations before us and are obviously getting more critical and thoughtful about the way those visual languages include and exclude,” she says. Artists like Renstrom have to be more creative in generating images for sexual-education texts because their audiences are expecting it. Heavily inspired by Instagram, Carnal Knowledge was designed to emulate a feed. For this generation of people, it makes sense to get their intended messages across. “The internet is good for visual language, and in some ways that’s what the internet is,” Queen says. 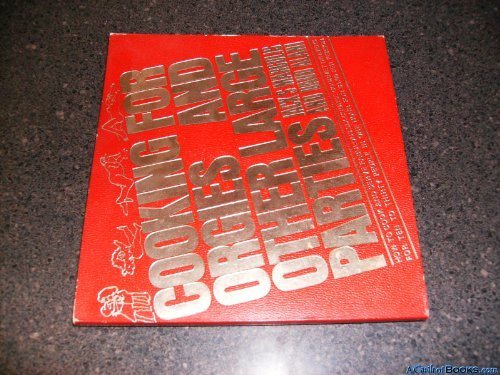 It’s rare in general, Queen says, for sex education texts to be as illustrated as Renstrom and Ligon’s is, if they have illustrations at all. Sometimes this is due to budgetary concerns at publishing houses, other times it’s a more general question of representation and exposure to sexuality. The questions people often ask themselves when adding imagery to a sex-education text, Queen says, include the following: Is a book more or less accessible because it features photos of bodies or not? Does a person get thrown off from their willingness to go through a book, or do they get sex-positive encouragement, free themselves from shame and learn it’s OK to be interested in sex? Does some subset of the people the writer hopes to serve find that the book is off-putting if there are indeed photos?

“I think the reason I chose a lot of still lifes in the book is, we really wanted to make sure people could step into the book and not get distracted if they didn’t see versions of themselves and I feel like that’s easier to do when you’re looking at a fun object versus somebody that you can compare yourself to,” Renstrom says. “There’s not a ton of images with models and when we did use models, we wanted to keep it really anonymous and abstract.”