Men across the nation are taking Fireball shots and guzzling margaritas ahead of their engagement photoshoots. But is there something deeper at play?

A few months ago, I opened up Instagram to a slideshow of surprisingly pleasant photos of two friends who had recently gotten engaged. I say “surprisingly” not because they aren’t good-looking or photogenic individuals, but because the groom-to-be, in particular, is a little fussy when it comes to both photos and PDA. Squish those two irritating affairs together and you’ve more or less launched him directly into his own personal version of Edvard Munch’s The Scream.

You can imagine my shock, then, when I saw photos of my friend whisking his fiancée into the air, gallivanting along the beach with their toes in the sand and giggling. Yes, giggling — as if he’s been dreaming of this moment in which he bursts into glitter, finally becoming his bride’s vision of Prince Charming. He looked not only drunk on love, but relaxed and even … suave?

How did the photographer pull off this magical feat? How had my friend been coerced into participating in an hours-long photo shoot — an activity most men hate! — without looking like he might shit his pants? When I asked his wife what she had bribed him with, she said:

“He was HAMMERED. I honestly didn’t know how drunk he was until he didn’t remember full parts of the shoot the next day.”

As it turns out, he’d been fed a handle of tequila and was quite literally drunk. And as I would soon find out, he’s far from the first groom-to-be to fall prey to that ruse de guerre.

Have a Shot, Take the Edge Off!

If you need a little liquid courage prior to making out with your fiancée in a fit of manufactured passion in the middle of the street, that’s totally normal, according to wedding photographer Carly Macgowan.

Macgowan, based out of Minneapolis, started a now-viral tradition in which she gives her couples a shot of Fireball prior to taking photos. Having a few beers or taking a shot from a party pack of mini Fireball bottles, she says, helps couples — and namely, men — relax into a more natural, lovey-dovey state. Close to three-quarters of the couples she photographs take her up on her offer of a cinnamon-y aphrodisiac.

“I always tell people that it’s kind of like going out dancing,” she says. “You can totally do it! But it’s a little bit easier if you have either experience … or a drink.”

While Macgowan herself never partakes in the drinking, she wants her clients to enjoy themselves, and alcohol always seemed like a good solution. “It should be fun!” she says. “But sometimes the process can be a little bit stressful because there’s so much pressure on everything to be perfect.”

While couples usually take Macgowan up on the rite of passage together, she noticed that men were often going for a second or third helping, while the brides-to-be generally stomped on the brakes after the first.

Beatrice Becker of The Wandering B Photography in Hawaii feeds her clients a tequila shot ahead of their shoot. “None of my couples ask for it, but they’re all very excited and relieved when I do offer it,” she says. “They’re like, ‘Oh my god, perfect. I was thinking about taking a shot in the car.’”

For Becker, the act of imbibing is less about calming her clients’ nerves and more about helping them open up to her … and each other. “The shot is like a throwback to college where you just meet people and you’re like, ‘YEAH, FRIENDS!’” she says. “But it also enables them to be more open with their love for each other — not necessarily more handsy, but more PDA, which is how I’m able to capture those really sweet moments.”

Sometimes, however, even the alcohol doesn’t do the trick, and the couple remains tensed up, awkward 1980s prom-picture style. At that dire point, Becker resorts to penis jokes. “I have quite an arsenal of tools to get genuine reactions and laughter out of them,” she says. “I’ll also give them prompts to act out to distract them, like, “Pretend you’re trying to recreate a Nicholas Sparks book cover, and he’s going off to war tomorrow and you might never see him again!’”

Both photographers acknowledged that taking posed, romantic photos is a completely new experience for most people. Ultimately, their job as photographers is to help couples feel as comfortable as possible so that the show they put on in front of the camera is a genuine display of affection and intimacy. “It’s like, okay, you two love each other and you’re getting married,” Macgowan says. “Now show me.”

The Grooms Speak Out

“I didn’t do any drinking or anything before our engagement shoot,” says Chris from Dallas, who got married last year. “But in hindsight, I probably should have.”

While Chris says he wasn’t nervous, he also admits he was far from excited. Prior to his wedding in October 2020, the last time he remembers taking posed photos was for his high school graduation in 2009.

When I asked if he was happy with the final product, Chris said, “I think they did a really good job of taking a photo of me that I didn’t hate. The whole time, I was just thinking, ‘How do I not fuck this up?’” That feels like a low bar for arguably one of the most important cultural moments in a young person’s life.

Christian from Southern California, meanwhile, met up with his photographer at a bar ahead of time for a couple beers — a process to “break the ice” and “take the edge off.” He was hardly buzzed, and says he was genuinely excited to take photos, regardless of how awkward he felt when confronted with the Olympic-level stakes of engagement-shoot modeling. While he says he never felt he needed to be drunk to express his adoration of his now-wife, like Chris, he also expressed simply not wanting to mess up the photos. “You don’t want to be the bobo who can’t smile on camera,” he says.

But grooms should not be thought of as an accessory. They’re one half of every wedding portrait, one half of every couple’s life together, and even one half of the baby you may or may not pop out a year down the road (no pressure, folks). And yet, when it comes to weddings and broadcasting the oft-excessive ritual of marriage, grooms are settling for playing a glorified prop for their glowing, often Botox-plumped brides.

It’s almost as if the Instagram Boyfriend — the anonymous figure behind the thirst traps of his wanderlusty Barbie Doll of a girlfriend — is all grown up. He’s the Instagram Husband, now, resigned — even content! — to vanish into the background.

“I think it’s important that grooms feel appreciated and like they’re half of the day,” Macgowan said. “It’s okay if guys aren’t into photos, and they’re mostly there for the bride. But it’s also important for them to know it can be about them, too. You’re half the process here.”

Smile for the Camera, Bobo!

Why, then, is it so easy for men to simply fade into the lush shrubbery, serving as a mere shoulder on which a bride can rest her DryBar-quaffed up-do? A quick peek at gendered social media practices provides some clues.

Can confirm: Bitches love taking selfies. We’re basically trained from the moment we pop out of the womb to smile, strike a pose or freeze for an unnaturally-natural candid look on demand. But for most men (minus the stupidly hot male model exceptions), taking photos is an awkward endeavor. Over time spent in the bathroom taking Myspace mirror pics, women have perfected a menagerie of facial expressions like the smize, the candid laugh or the lips-parted, slightly sexy, “objectify me” face. But men? You all have three options: regular smile (which often looks forced), no smile (which often looks constipated) or dad face (eyebrows raised, mouth open, peace sign or “rock on” in the air). And that gaping inequality isn’t just the grooms’ fault.

“Generally speaking, guys are a little bit more uncomfortable and stiffer in front of the camera because they have been taught to be stiff and just stand there,” Macgowan says.

In other words, that’s toxic masculinity she’s referring to. Because the wood-chopping persona of the manly-man still lingers in some family trees, any pastime that can easily be classified as feminine is off-limits for men raised in “you will play football and like it” households. By that same token, taking frequent selfies — and, god forbid, getting dressed up or primping for said selfies — is seen as feminine.

Here, we arrive at our full circle moment: for what is an engagement photoshoot without preening, beautifying and posing? Like an enhanced version of peacocking selfie culture, engagement shoots are inherently feminine by heteronormative standards, and that’s why the potential joy of our grooms is an afterthought.

But just because engagements and weddings have typically revolved around brides doesn’t mean things can’t change. Macgowan, for example, also takes portrait sessions for high school seniors, and says she’s already seen a noticeable difference within Gen Z. “The guys are so comfortable in front of the camera now, and I really think it’s because they grew up on Instagram. They know what posing is and they have experimented with it themselves.”

Guess what, grooms? Your engagement year is also an opportunity for you to live your best life! And if that means filming TikToks of yourself dancing on a basketball court or spending time in your bedroom “finding the light,” so be it. You deserve to capture your own beauty however you’d like to — engagement shoot and wedding day included.

Like Becker says, “If Bearded Brad tells me they had fun frolicking on the beach just skipping with their girlfriend or fiancée, I know I did a good job.” 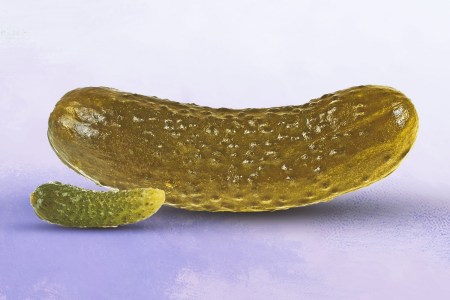