Underneath the Prunella (Melinda Hurst Frye)

It’s a strange sight: a photographer digging holes just to plop in a large scanner and hold it in place with a stick. However, that very low-tech method is exactly how Melinda Hurst Frye creates the stunning images of the bizarre creatures just beneath her feet in her backyard. Instead of a camera, she uses a digital scanner to make several images before stitching them together with software.

Frye first discovered the utility of her high-resolution scanner while working on her series Origin, which showcased the bugs and other critters she found in her yard. After displaying them in a studio-style lighting, it was a natural next step for the photographer to document her subjects at home.

Frye’s artistic process is an eccentric one that’s been developed over time. It starts with picking a plot in her backyard, where she’ll dig a hole just big enough for her Epson Perfection 4180 Photo Flatbed Scanner. Each of Frye’s images is made up of five to 30 scans, with each scan taking several minutes. To keep the image sharp, she’ll wedge a stick against it to hold the scanner in place. “I’m sitting in my yard with a scanner, next to a hole,” Frye admitted to Wired in a recent interview. “I look ridiculous.”

Peruse some of Frye’s images from her series Underneath below. Head over to her website here, for more of her innovative work. 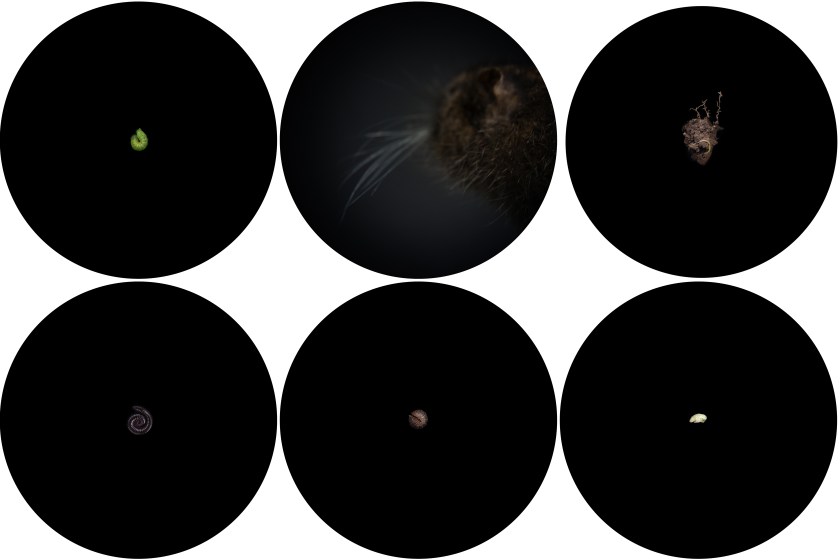 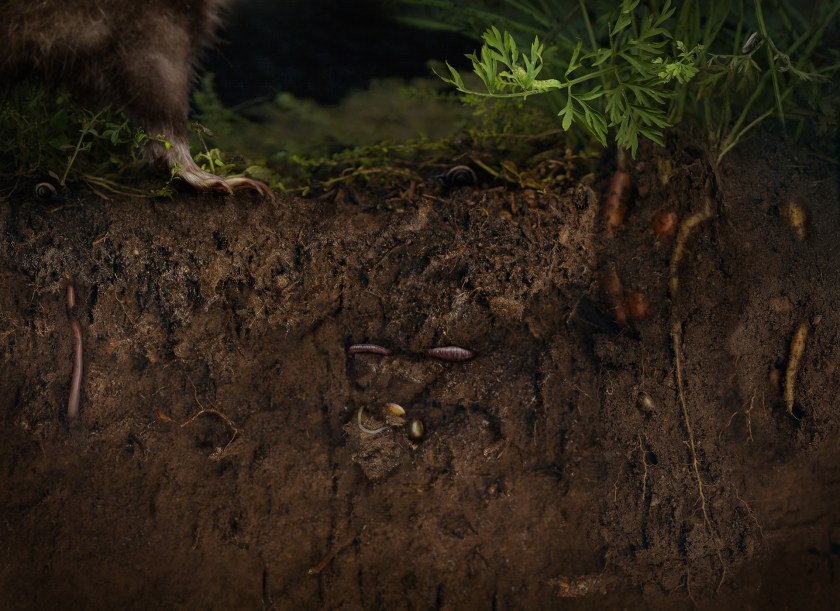 Underneath the Carrots (Melinda Hurst Frye) 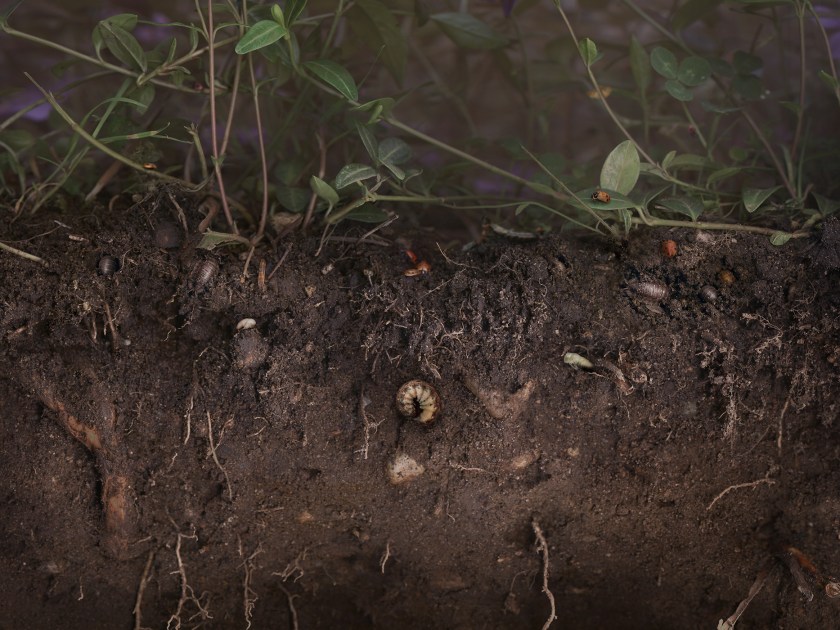 Underneath the Myrtle (Melinda Hurst Frye) 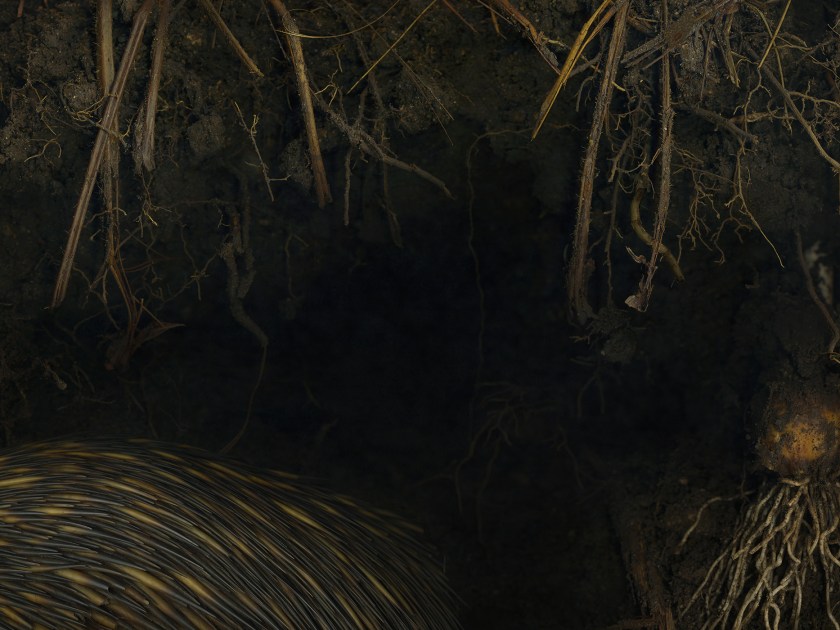 Underneath the Daffodils (Melinda Hurst Frye) 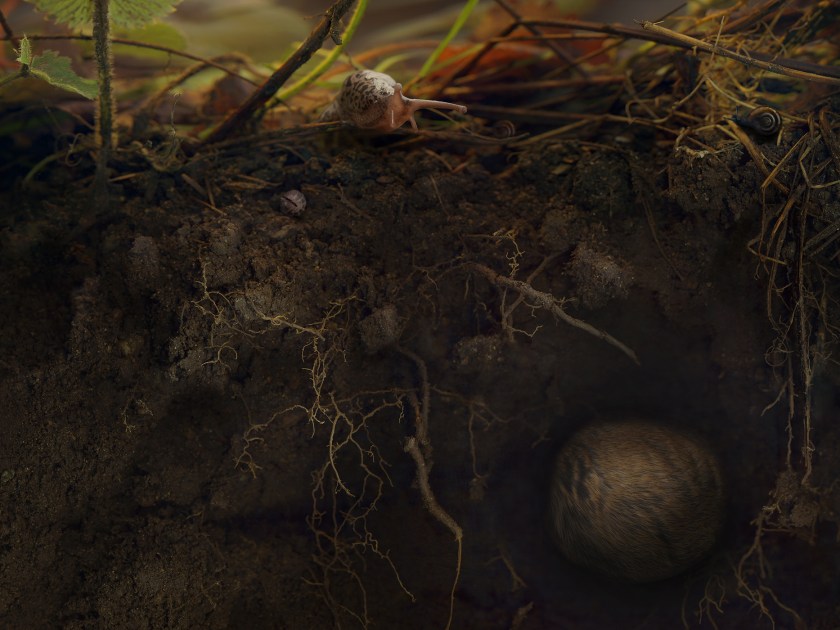 Underneath the Strawberries (Melinda Hurst Frye) 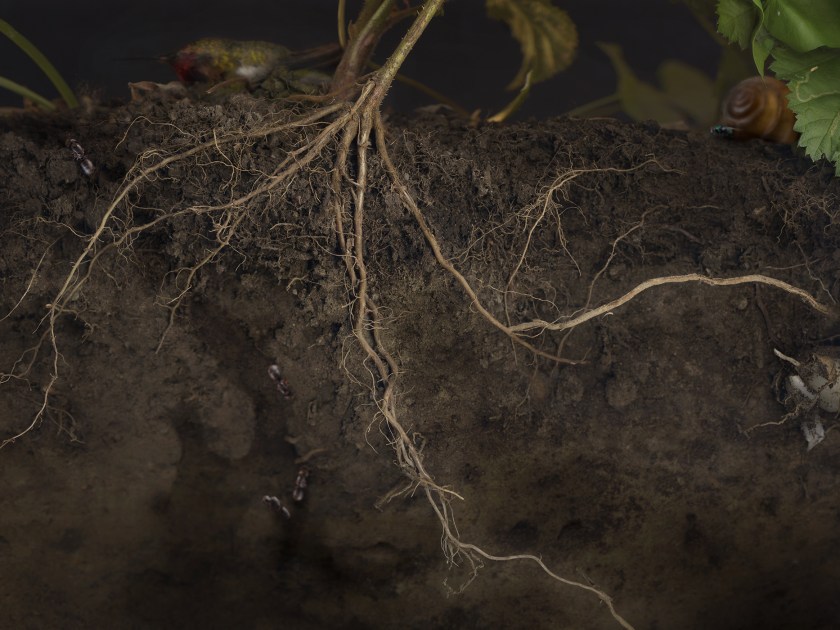 Underneath the Blackberry (Melinda Hurst Frye) 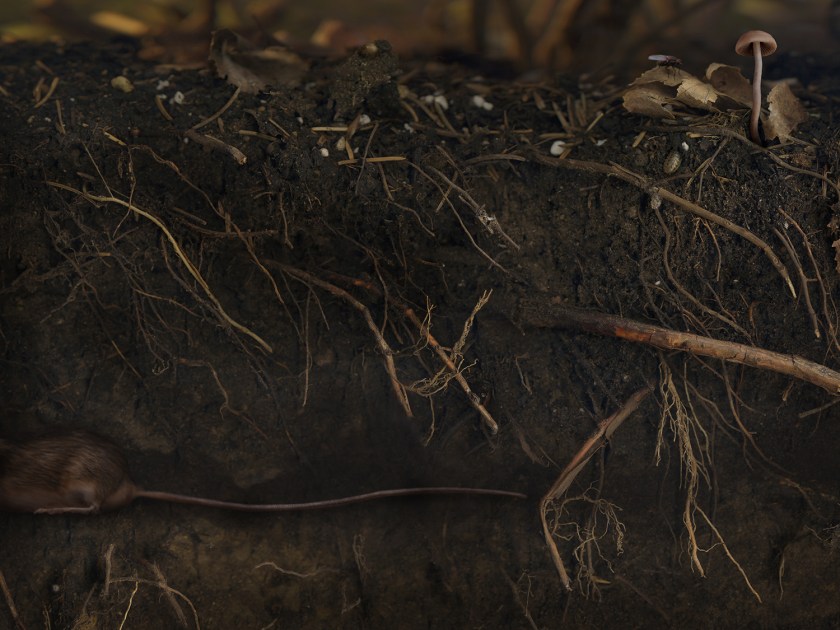 Underneath the Hydrangea (Melinda Hurst Frye)