Not only did we try it ourselves, we got behind the griddle with NFA Burger owner Billy Kramer

Can the best burger in the city really be found in such a humble location?
Erik Meadows/Getty
By Caroline Eubanks @cairinthecity

The best meals are often found in the places you’d least expect, not the white tablecloth spots that require reservations a month in advance. And when it comes to the best burger in Atlanta, Georgia, that place is NFA Burger, a humble counter in a Chevron gas station in the city’s Dunwoody suburb.

Food industry neophyte Billy Kramer didn’t set out to open a burger joint when he left the corporate world to become his own boss. He simply started the Instagram account @billysburgers in 2014 as a way to keep his sanity and show off what he ate.

“Since I was doing all this traveling, and I love burgers, I decided to create an Instagram account called Billy’s Burgers,” Kramer tells InsideHook. “People started asking me how to cook burgers or they thought I was an expert on burgers. And the reality is, I was — I am — a terrible cook.”

After sampling and sharing hundreds of variations, he started thinking about what the perfect burger would taste like and how he might create it.

“I started doing research about different kinds of burgers, like pub style and smashed, and what makes a good topping, what makes a good bun,” he explains. “And then I started cooking at home, and it was like, if you owned a restaurant…. It was basically the game I played in my head.”

Inspired by the smash burgers of his favorite restaurants, Kramer tested out a variety of recipes before landing on what he considered to be the best. He was then able to leverage his Instagram account to start cooking them at pop-ups at Atlanta-area restaurants, starting with one at Battle and Brew, a popular gaming bar. At first, it was a trial by fire.

“We sold probably 100 burgers in the first hour, and we couldn’t make all the burgers the same quality-wise just because we didn’t have the equipment,” he says. “I was only learning about it as we were going along. It was a big learning process, a big learning curve.”

But each pop-up led to more success, and Kramer eventually got the hang of it. He was eventually hired to be a vendor at the PGA Tour Championship in 2019 (where he was struck by lightning!). That year, a spot opened up in a Chevron gas station near his home, and the opportunity to start a restaurant of sorts presented itself.

“The owner of the gas station called me and said, ‘I think we’re having some problems with the café, would you like to take it over?’ It required no investment for me at all. So this is really just a perfect starter restaurant.”

NFA Burger officially opened in late 2019. (“NFA” stands for “no fooling around.”) Today, it’s become a destination for the workday crowd in search of a hearty meal and curious folks from the city who have heard tales of the culinary delights to be found here. When I parked my car outside, I wasn’t sure what to expect, but a line was already starting to form alongside the refrigerated sodas and racks of chips. Famous faces like chef Kevin Gillespie, who appeared on Top Chef, have made their way to the suburban fuel station, but no one gets special treatment.

“Everybody waits in line,” Kramer tells me.

NFA’s smash burgers are set apart by his custom seasoning mix. Kramer sells hundreds of them on any given day, topped with American cheese, pickles and house “Sassy” sauce, but never ketchup. I’d heard about his “no ketchup rule” and asked him about it.

Chef Phillip Frankland Lee shares the recipe for his delicious NADC Burger, which he's been working on with Neen Williams for two years

Kramer wasn’t going to let me leave without making my own burger, bringing me behind the counter to the small kitchen that can fit a maximum of six people. I put on my gloves and seasoned the patty on both sides before smashing it on the griddle, admittedly with great difficulty. He showed me how to put it on the Martin’s potato roll with all of the fixings. I took it to the picnic tables outside and bit in. Did it taste even better with my hard work? Maybe. But one thing is certain: it truly is one of the best burgers I’ve ever had.

While many food industry entrepreneurs use gas stations as incubators or starting locations, Kramer has no plans to leave the bustling Chevron, though he is set to expand the NFA footprint this summer, adding to the building space for more seating and kitchen storage.

“I live nearby. My network is here. My wife’s taught down the street for 24 years,” he says. “This is where we live, so it’s really easy. We have a lot of support.”

He isn’t exaggerating. On the Tuesday afternoon I visited, the parking lot was never short on cars full of hungry locals desperate to get a taste of the best burger in the city. 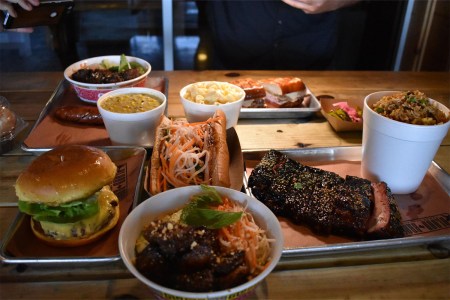 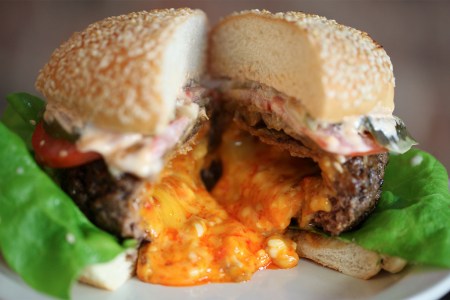 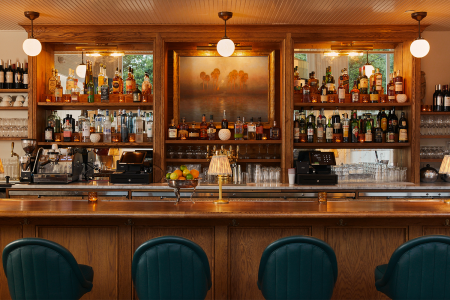 How to Spend a Perfect Weekend in Charleston, South Carolina