Finding the right tech gift can be a daunting task. There’s so much ground to cover, so many different sets of interests, from the audio nerds to the gamers and everyone in between.  It’s like trying to find a show to binge on Netflix right — The vast amount of options can leave the average gift giver paralyzed. It can be hard to take stock of the endless wave of new gadgets and select the right ones. But we’ve got you covered, whether you’re searching for some new over-ear noise canceling headphones or you need a new gaming console or a record player that is perfect for novice record collectors. Below we have a perfectly curated list of the best of the best tech gifts from brands like Bose, Sony, Apple, Nintendo and much more. 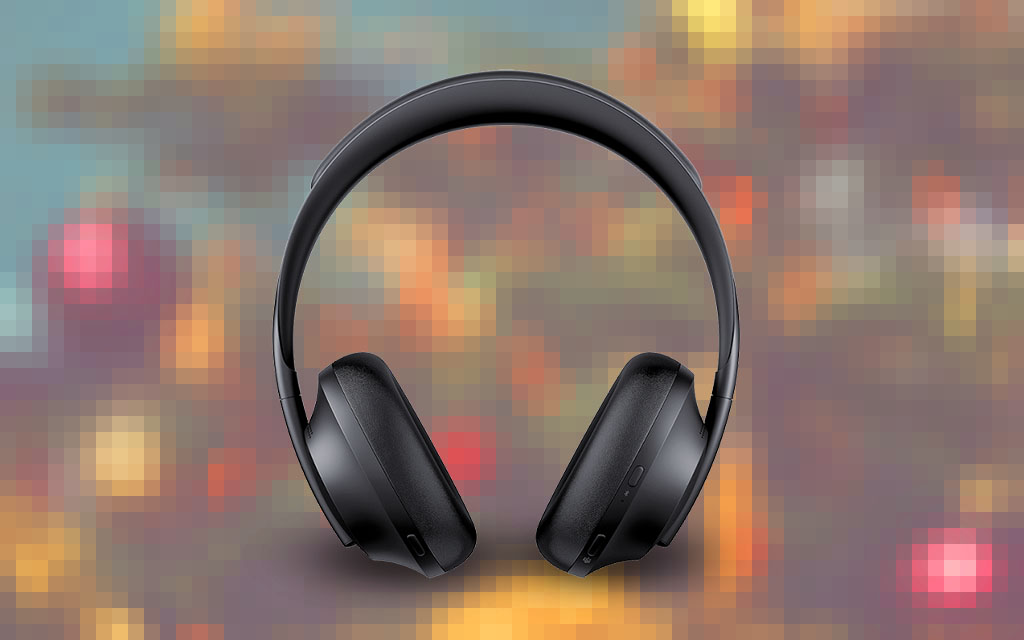 The Bose 700 is the Lamborghini Countach of noise-canceling headphones. A sleek steel band covered with silicone for comfort works as a leading line towards ear cushions that are covered in a comfortable leather. The noise-canceling is among the best in the industry. We’ve tested these during flights across the country and on daily commutes. They’re able to block out the sound of construction sites and a plane engine’s low hum. The 700 has six microphones that analyze the noise around you so it can accurately block out all frequencies depending on where you are. The battery life also lasts about 20 hours, so you could theoretically fly from New York to Japan and still have some battery power left to spare. 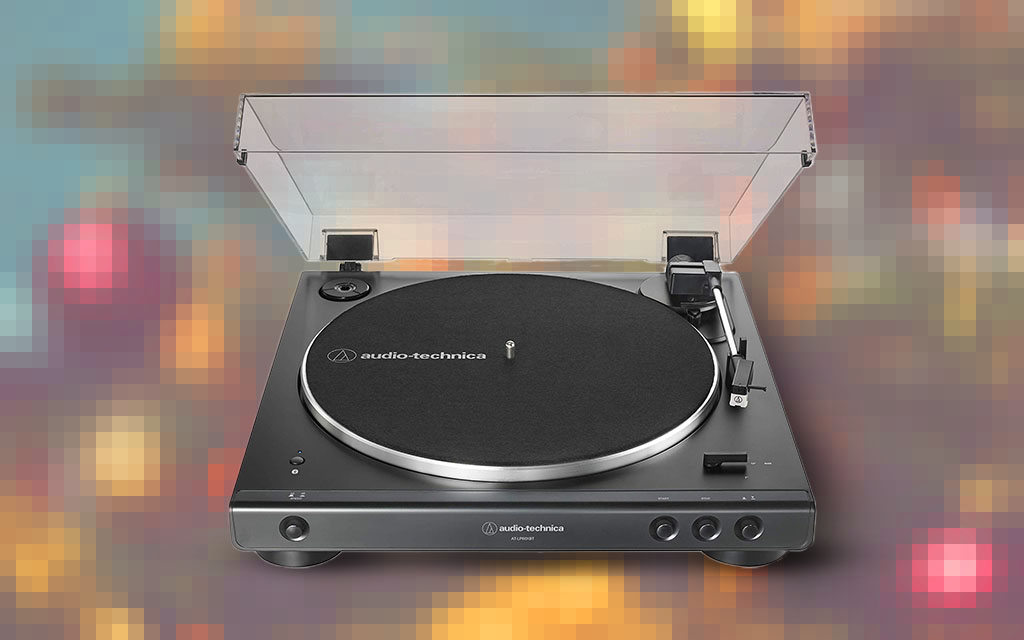 Every song we need is on our phone, but once we see that needle drop on a record, the little synapses in our brains pop off and we need to start collecting records. The AT-LP60XBT is a great starter turntable because it has a built-in preamp as well as Bluetooth capability, making the entire setup process easier for first time turntable users. You just need to connect a speaker and you’re good to go. Plus, Audio-Technica makes well respected products that won’t damage your records, unlike the stuff you’ll find at Walmart. 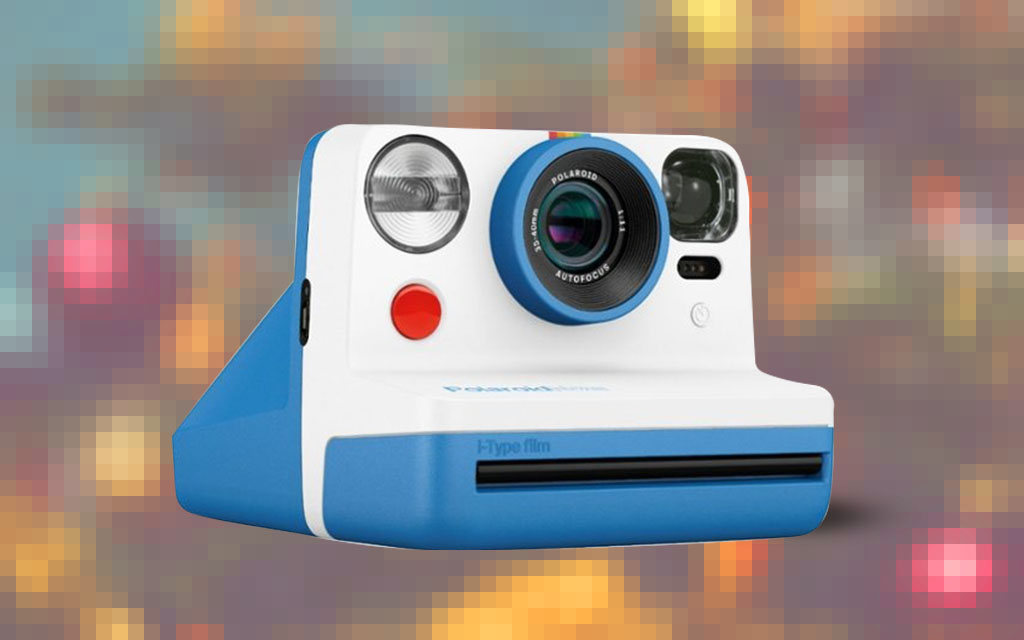 Nostalgia also applies to cameras. We could take photos with our phone, hell you can take thousands of them, but for some reason we need to, want to, collect memories on this prehistoric tech. The Polaroid instant camera is a point-and-shoot model that allows you to take up to 15 photos on either i-now instant film or Polaroid 600 film. People go crazy over them at holiday parties and events, and there’s something about sharing a physical photo instead of a digital pic that will get buried in a camera roll graveyard. 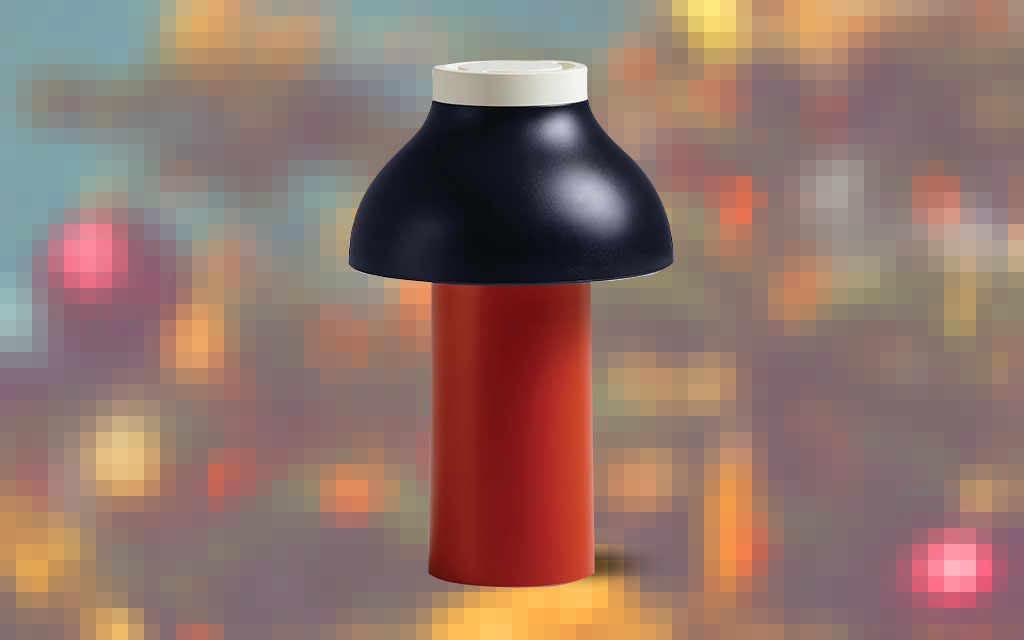 The Hay Portable Lamp resembles a mushroom, but it also kind of looks like a sculpture when it’s not on. It adds a pop of color and light to any room where it’s stationed, and it has three light settings that you can lower or raise by tapping the touch controls on the bottom of the lamp. It’s luminous enough to light up a small room, and you can easily charge it via usb cable. 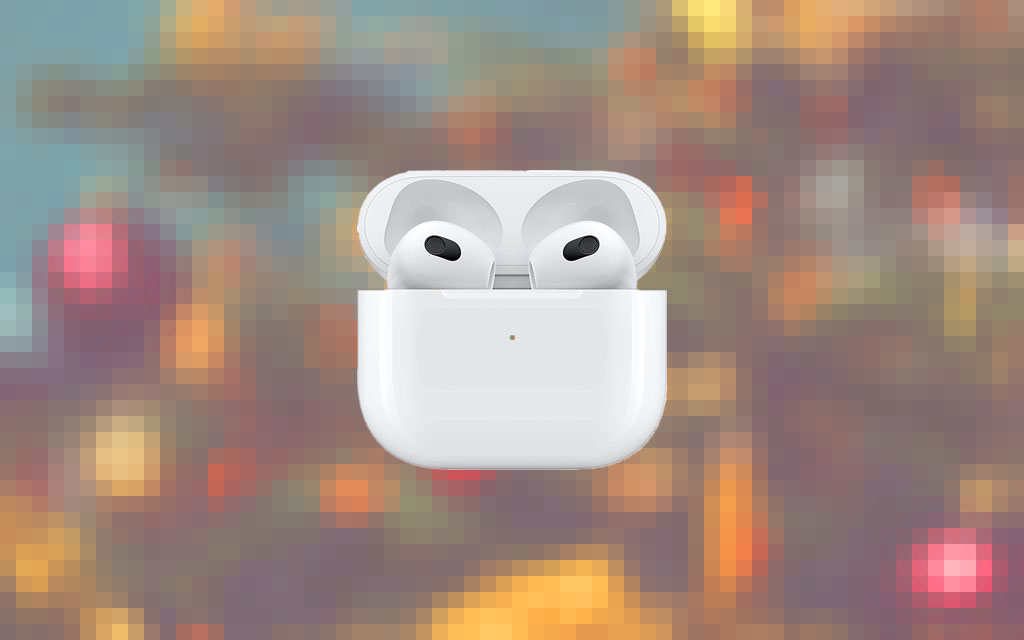 If your phone is still connected to a pair of wired headphones, pop these on and give it a listen. The setup process is simple, the price is in line with almost every other high-end bluetooth earbud, and it sounds great. Apple steadily improved the battery life which was one of its pain points earlier on. And now they include eartips to make sure it can easily fit your ears. 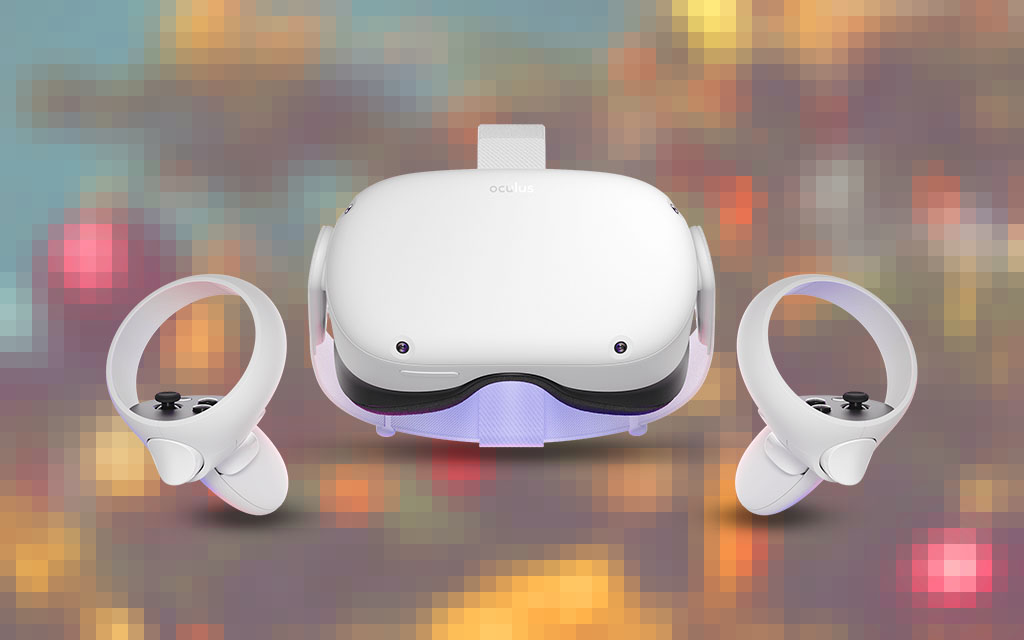 When people talk about games, they love to talk about graphics, but the really good games are always described as immersive. The Oculus Meta Quest 2 allows you to fully explore games just to make sure you don’t run into a wall or break a vase. It’s been known to happen. It’s also still considered one of the best bargains in VR gaming. 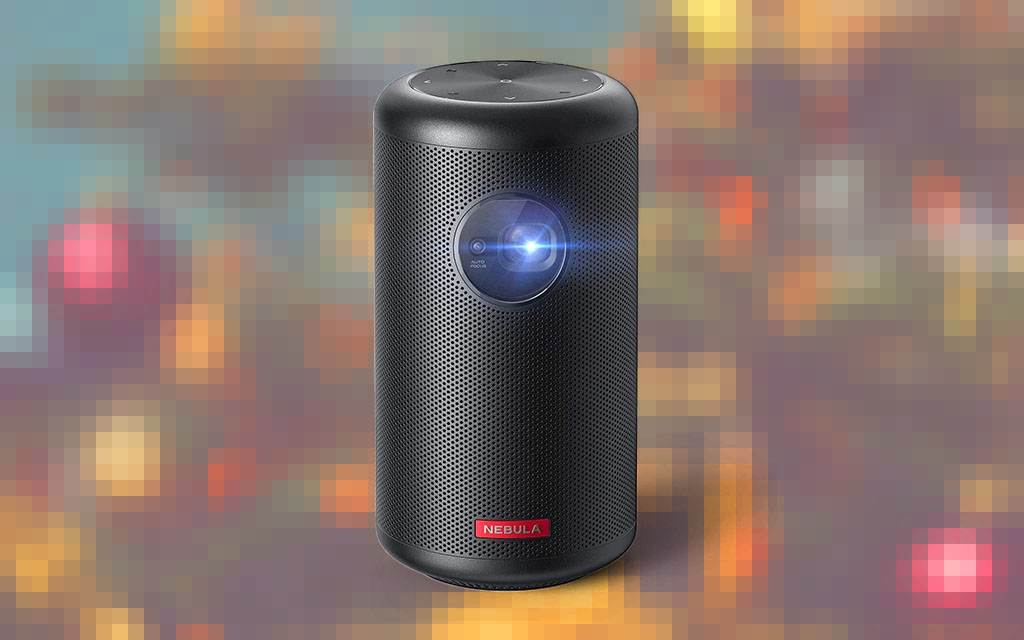 The Nebula Capsule projector is about the size of a soda can. Other projectors are cumbersome and a hassle to set-up. But the Nebula Capsule is portable and lightweight, which makes it easy to bring on camping trips or throw an image onto a sheet in your backyard. 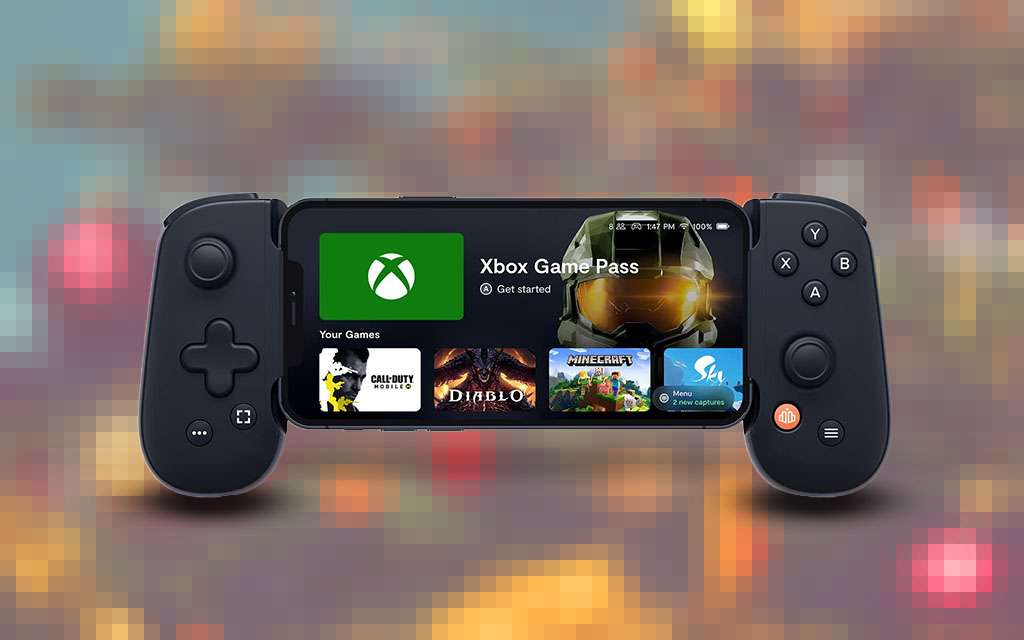 This one’s for all the mobile gamers out there. It works with all Apple Arcade Games and app store downloads. It essentially transforms your phone into a classic PSP, which we were equally obsessed with in our younger days. 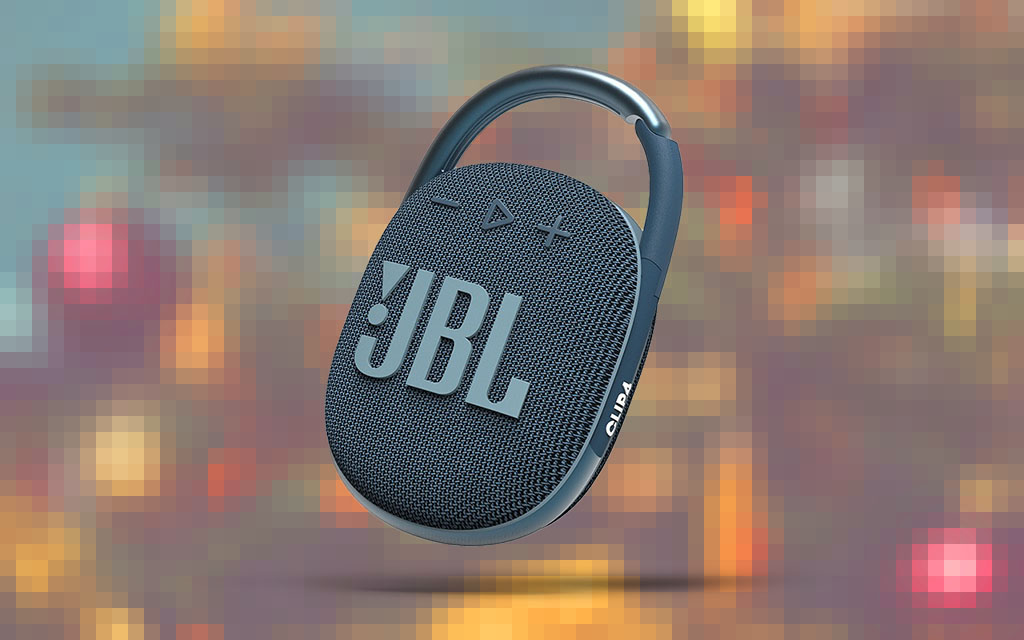 The Clip 4 is incredibly small and lightweight, but it packs a punch when it comes to sound quality. It weighs just over half a pound, and the battery lasts 10 hours. JBL also included small design details like the ribbed rubberized back, which allows you to place it on a smooth surface without it bouncing off due to the bass vibrating. It also has a hook that lets you attach it to the back of a bag. Plus, it’s waterproof and dust-resistant, which I’ve seen first-hand as it fell into a pool while blasting a Mac Miller album. 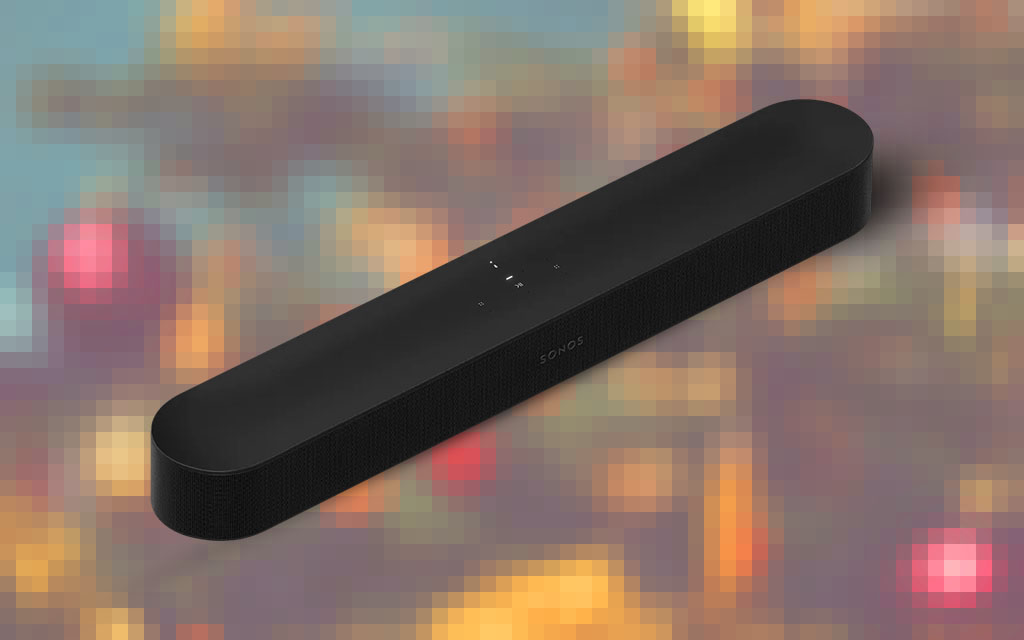 You know how televisions used to be the size of baby hippo but now they’re all sleek and lightweight? That’s all fine and dandy but you might have also noticed that the audio coming out of those televisions is terrible. To make those TVs all sleek and pretty, designers had to do away with something, and that happened to be speakers — hence, the rise of the soundbar. One of our favorites is the Sonos Beam, a speaker built for small rooms and apartments. It has a strong bass, and you don’t have to worry about turning on subtitles to understand dialogue during an action scene. It also pairs with your other Sonos speakers for a seamless experience. If you need something with even more oomph we highly recommend you check out the Sonos Arc — it’s like the Beams older more mature brother. 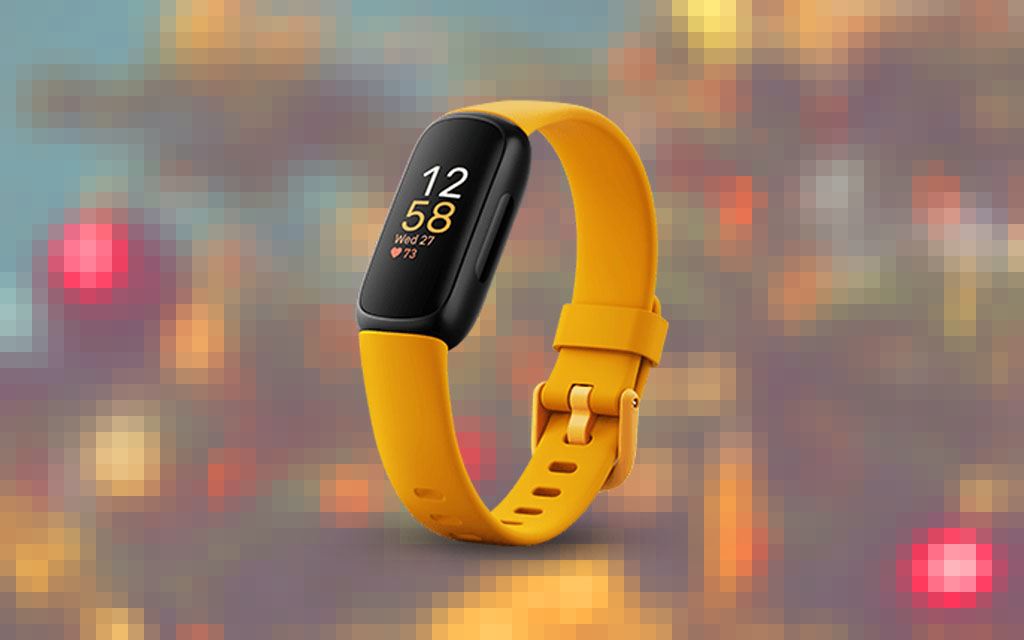 Are you even working out if you’re not tracking it? I mean what is this, 1975? Are you running up those steps in Philly like Rocky and not wearing a fitness tracker? A simple tool like the Fitbit makes your progress feel even more special. It allows you to observe changes in your sleep patterns, your heart rate, blood oxygen and skin temperature, so it can be an inspiring tool if used correctly. Sometimes a little bracelet on your wrist is all the motivation you need. 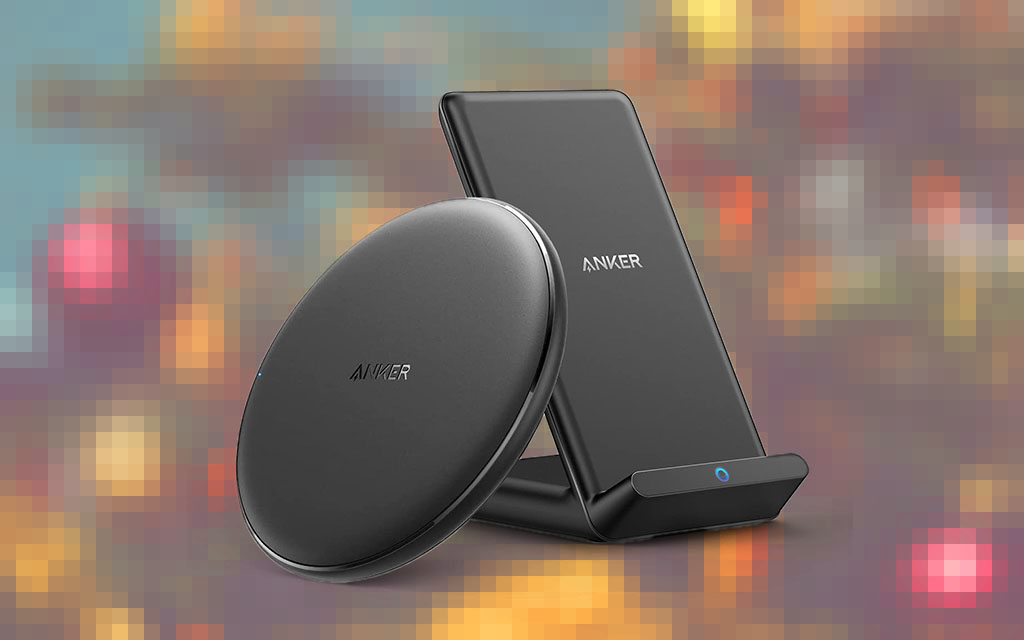 Anker’s wireless chargers will top up your smartphone with 10w charging speeds. It is still not as fast as your traditional wired charger, but it’s incredibly inconvenient. You can easily throw your phone on the wireless stand if you’re sitting at a desk, or you can place it on the charging mat near your bedside table. What you lose in speed you can make up for in convenience 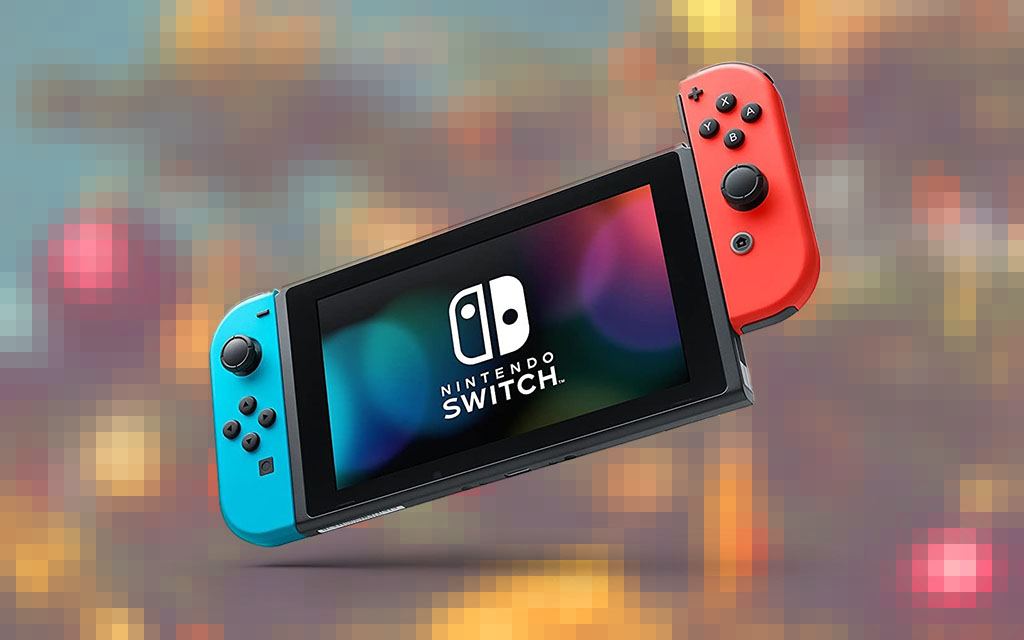 As far as gaming is concerned, the Nintendo Switch had to carry the front half of the pandemic on its back. With games like Animal Crossing, Pokemon and Smash Bros, the Switch is incredibly popular and incredibly fun. You can also pick up the handheld-only version or the upgraded OLED screen option, which has better graphics and a faster processor. They usually sell out around the holidays, so you might want to pick one up soon. 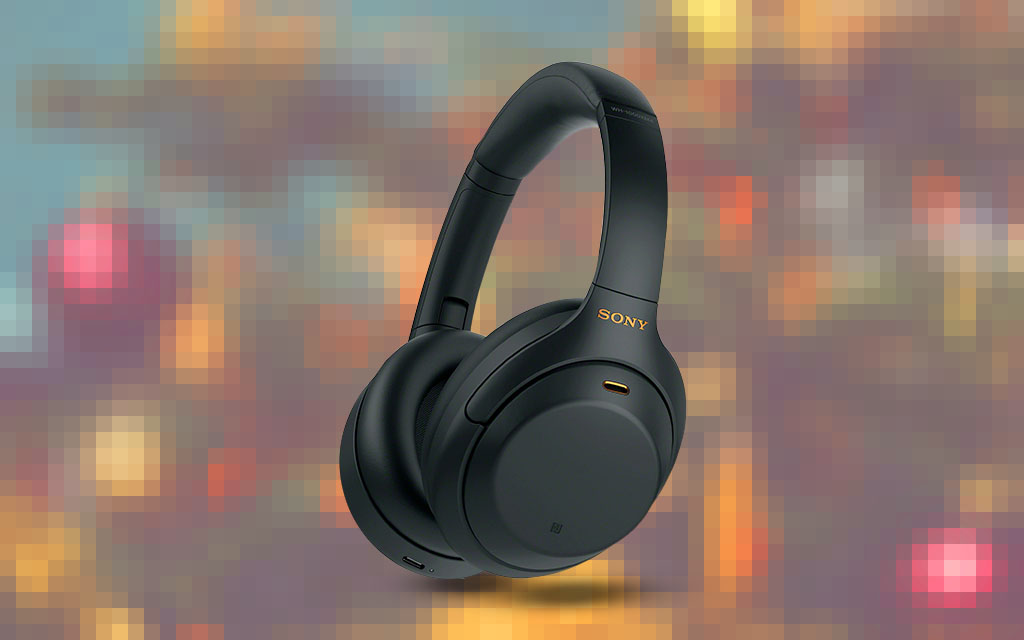 The 100XM4 doesn’t have the same sleek look as the Bose 700, but they are incredibly lightweight. This is a detail that many people overlook, but over-ear headphones need to feel comfortable, especially if you plan to wear them for hours while working or traveling. The sound has an incredible character, and the bass is punchy in comparison to the Bose. The setup process is simple, and you can tinker with the settings using the Sony app. It also has a 30 hour battery life so you can throw these in your bag without having to worry about recharging every time you step out of the house.

Teenage Engineering makes products for the professional audio tinkerer in your life. This unassuming radio allows you to record radio broadcasts and create your own mixes on the fly. You can sample audio, stretch it, reverse it or anything you might desire with just a few knobs and buttons. It can feel a bit heady in its approach, but Teenage Engineering makes products for the people that like to sit back and mess with music, engage with it in new ways. If you’re wondering about what other products they have out there, you should check out the widely regarded OP-1 Synthesizer used by James Blake, Childish Gambino and a whole host of other musicians. 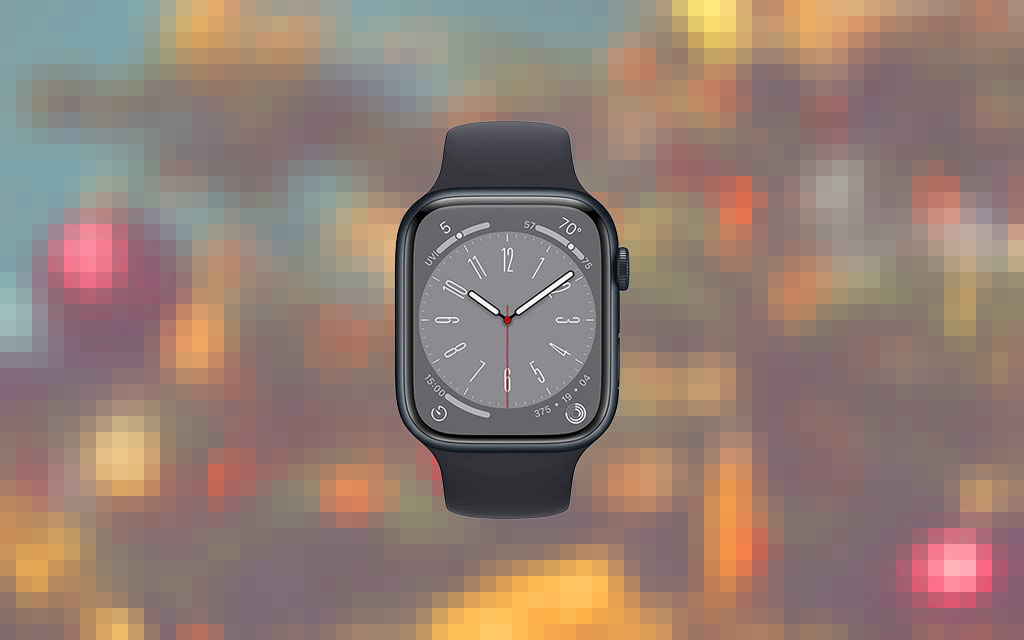 The Apple Watch hasn’t had a major upgrade in years, but that is because Apple has the smartwatch market in a chokehold. With a superior battery life, simple connectivity and easy-to-navigate UI, Apple isn’t trying to ruffle any feathers. InsideHook contributor Jason Cipriani says, “the Apple Watch Series 8 is a fantastic watch that moves Apple’s health-focused design forward and is sure to be a significant upgrade for those with older Apple Watch models or a fine first experience for new Apple Watch owners.” 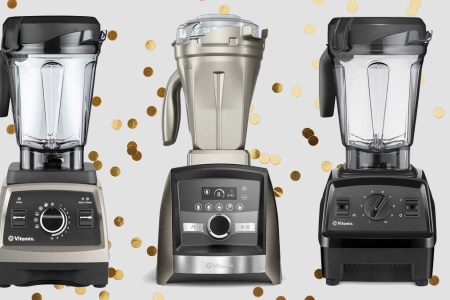 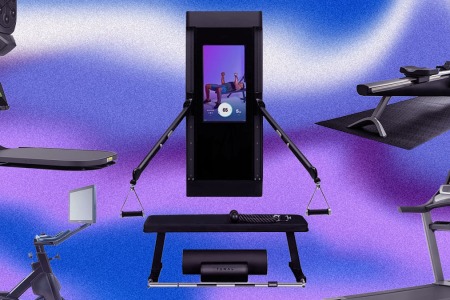 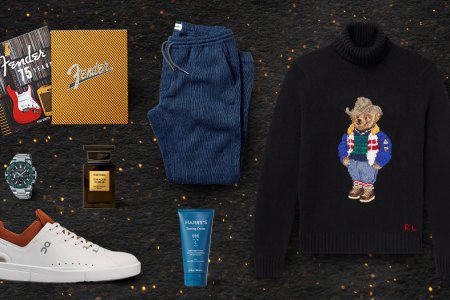 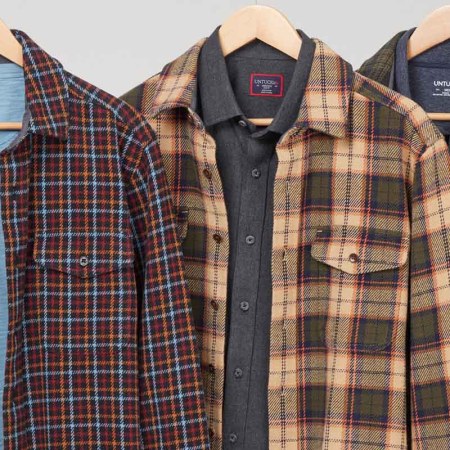 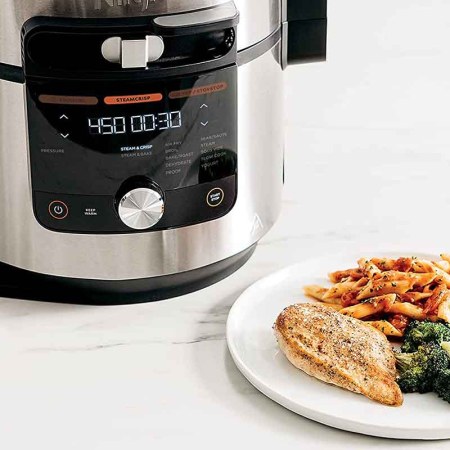 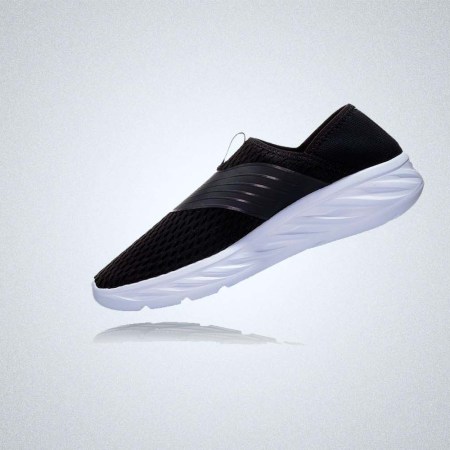 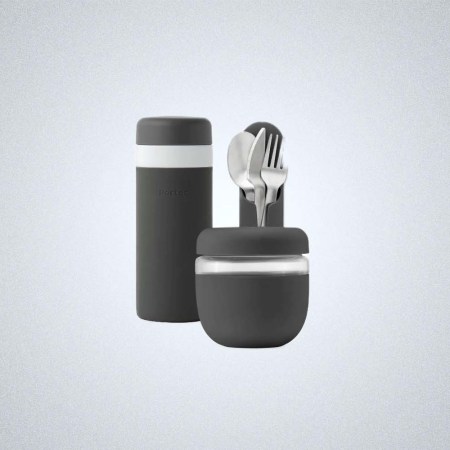