A Helicopter Crash-Landed on the Roof of Our Manhattan Building

Our thoughts are with the victim, and our gratitude with the first responders 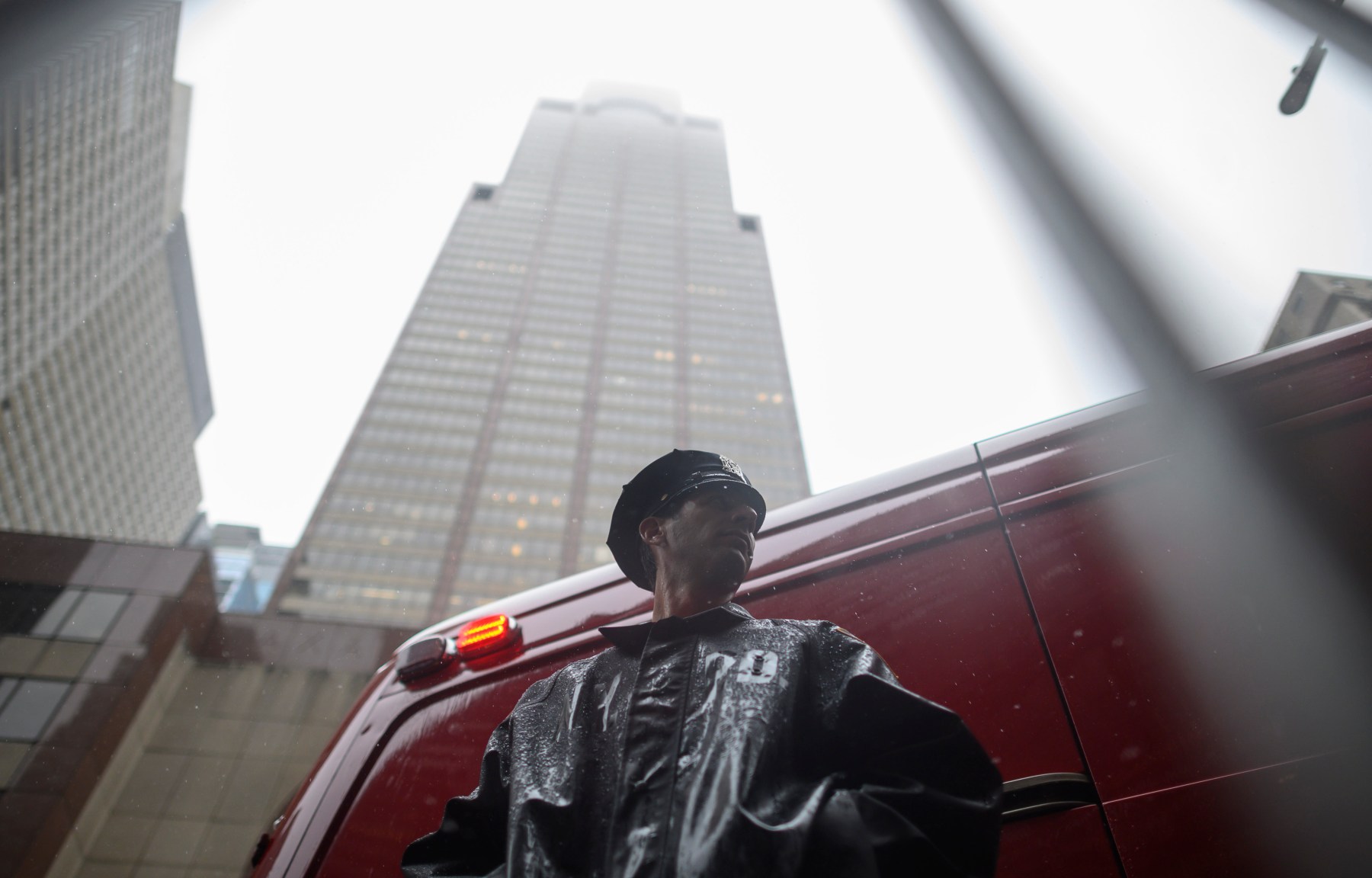 A policeman stands outside of 787 7th Ave after the accident
JOHANNES EISELE/AFP/Getty Images
By Walker Loetscher / June 10, 2019 3:41 pm

Just a quick note from InsideHook HQ: We try to get you news throughout the day, but for the next few hours we’re focusing on bigger things after a tragic accident. Our team is fine, if a little shaken up.

“Of all the gin joints in all the towns in the world,” my father texted me 30 minutes ago, after I called him to let him know that a helicopter had crash-landed on the roof of a building in Midtown Manhattan, and that that building had been my building, 787 7th Avenue, where InsideHook HQ has resided for the last year. We were on the 48th Floor, six floors from the roof.

The crowdsourced news app Civic was the first place I found any kind of reliable report about what happened, about five minutes after we cleared the immediate area: a vehicle had crashed into our building, the police confirmed. Within 10 minutes, all the cable news channels had picked up the story as breaking news. The FDNY eventually confirmed that the vehicle was a helicopter, which had attempted some kind of emergency landing on our roof.

Everyone from our team is safe. We are now gathered in an Irish pub a few blocks away.

A few minutes before 2:00 p.m. this afternoon, a buzz past our window, quickly followed by a loud boom — I wish I had a more descriptive word, but that is what it was; onomatopoeias exist for a reason — shook our building. One of my colleagues immediately bolted up from his seat and headed for the door, instructing everyone to follow. We proceeded down flights of stairs for the next 10 minutes.

Other floors joined us, some — especially those lower down, for whom the impact had been less intense — inquiring about what had happened. The rank and file was mostly orderly and respectful; people made idle chitchat, texted loved ones and refreshed Twitter searching for clues as to the source of the incident. Reactions fluctuated between a grave sort of anxiety — this is New York, after all — and a tepid sense of inconvenience: This is probably nothing.

It was not nothing: at least one person, the pilot, has been reported dead. At press time, we are unsure if the damage is worse. And yet there is a sense of relief and camaraderie that we are all safely accounted for, and together.

Our thoughts are with the family of the victim, and our gratitude with the first responders.