A Guide to Doomsday Prep for the Super-Rich

BARSTOW, CA - UNDATED: EXCLUSIVE. One of 10 proposed living quarter spokes at the ?13 million Terra Vivos nuclear bunker. An American based company is offering timeshares in a bunker designed to withstand nuclear blasts, a cataclysmic solar flare or a global disease pandemic. A long way from the Costa Brava, California based Terra Vivos is offering space in their 30 foot deep nuclear bunker for up to 200 people for ?32,000 a berth. Equipped with enough freeze dried food and alcohol for one year, the Terra Vivos site is 30 feet underground and construction on the Star Trek style interior will begin in June of this year. Trading on the rising anxiety of 2012 end-of-the-world conspiracy theories, Terra Vivos claims to have enough interest to fill the first bunker in the town of Barstow between Los Angeles and Las Vegas four times over. So much so, that the company is planning on expanding their operation to 20 other sites across the United States, which will be able to hold 4,000 people in case the world should end. (Photo by Terra Vivos / Barcroft USA / Getty Images)
By Matthew Reitman 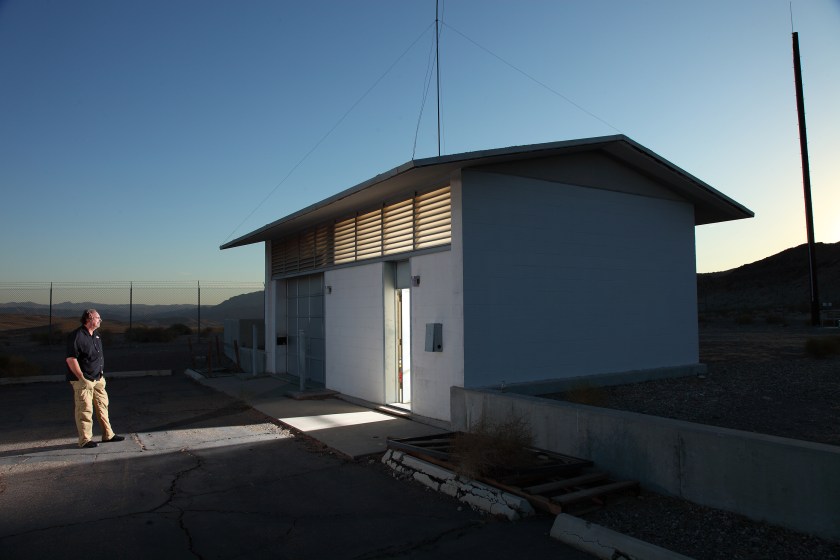 Scientists just moved the Doomsday Clock a half-minute closer to midnight, so at least a few wary people have started pooling canned goods. Whether they’re prescient or paranoid, members of the financial and elite in New York City and San Francisco are doing the same thing—preparing for the end of the world.

Doomsday prepping has been a growing trend among the super-rich for the last decade, but the phenomenon has seen an uptick in the last year with political events exposing divisive tensions at home in the United States and around the world. Executives at Fortune 500 companies fear a range of catastrophes from full-scale nuclear war to a country-wide devastating cyber attack, and even a Bolshevik-type revolution caused by the breakdown of democracy. The concern is born out of alarming facts: acute income inequality, growing military tensions between superpowers, rising sea levels, and diminishing funds for Medicare and Social Security. 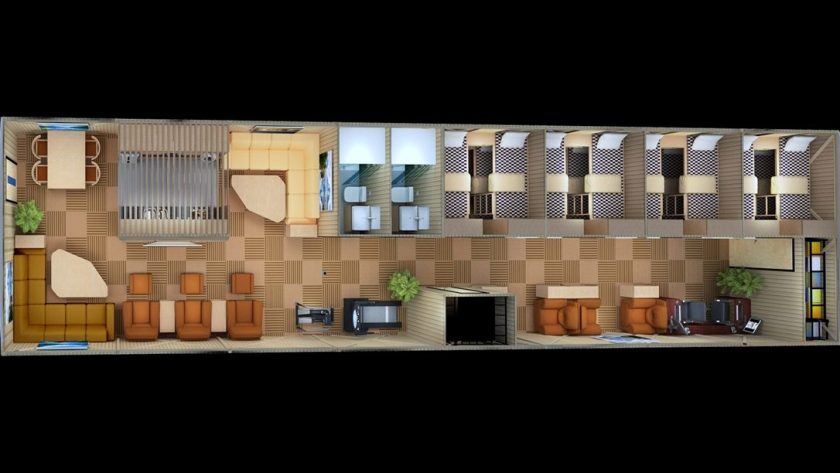 One of 10 proposed living quarter spokes at the $13 million Terra Vivos nuclear bunker. An American based company is offering timeshares in a bunker designed to withstand nuclear blasts, a cataclysmic solar flare or a global disease pandemic. (Terra Vivos/Barcroft USA/Getty Images)

For the super-rich, stocking up for the end of the world is just as much an exercise in imagination as it is one of survivalism. Those who have the means can spare no expense gathering critical supplies, carving out a place to hole up, and planning for the worst case scenarios. In a feature for The New Yorker, Evan Osnos caught up with several of the country’s elite, such as Reddit C.E.O. Steve Huffman, who are getting ready for the day when civilization falls apart. The article is chock full of fascinating ways folks like Huffman are doomsday prepping. Below, you’ll find some of these in the form of a how-to survivalist guide.

If all hell breaks loose, chances are that getting your prescription will be tough. To avoid this, Huffman got corrective laser eye surgery. “If the world ends—and not even if the world ends, but if we have trouble—getting contacts or glasses is going to be a huge pain in the ass,” the Reddit exec told Osnos. “Without them, I’m f—ed.” This tip basically extends to all sorts of extraneous items that have a procedure to eliminate them. The more self-reliant one is, the greater the odds of survival are. 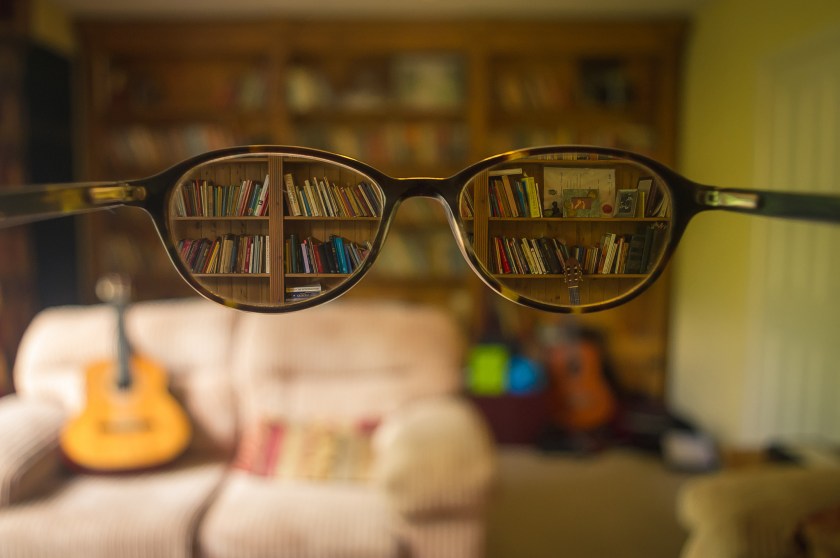 Eye glasses could be hard to come by in the event of an apocalyptic scenario. (Dara Or/Flickr)

Share the doomsday plan with close family, friends, or whoever is most trustworthy. Only fools think they can survive the end of the world on their own. Even if holed up in the most formidable fortress, fending off an attack from a rogue pack of violent bandits requires multiple hands on deck. “All these dudes think that one guy alone could somehow withstand the roving mob,” former Facebook product engineer Antonio García Martínez said to Osnos. “No, you’re going to need to form a local militia. You just need so many things to actually ride out the apocalypse.” 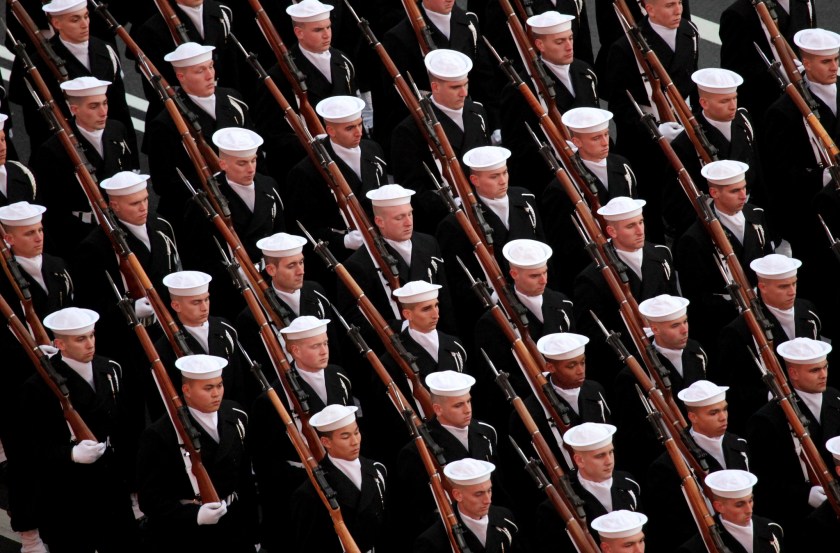 Forming an armed group could help fend off looters and bandits. (Raul Pacheco/Flickr)

In every disaster movie, there’s that moment when a motorcycle roars down the highway, zipping between rows of cars jammed bumper to bumper. Although a cliche, that scene illustrates the necessity for a bike in a worst case scenario, given the flexibility it provides. Huffman nods to such a clip from Deep Impact. “Everybody’s trying to get out, and they’re stuck in traffic,” he told Osnos. “That scene happened to be filmed near my high school. Every time I drove through that stretch of road, I would think, I need to own a motorcycle because everybody else is screwed.” 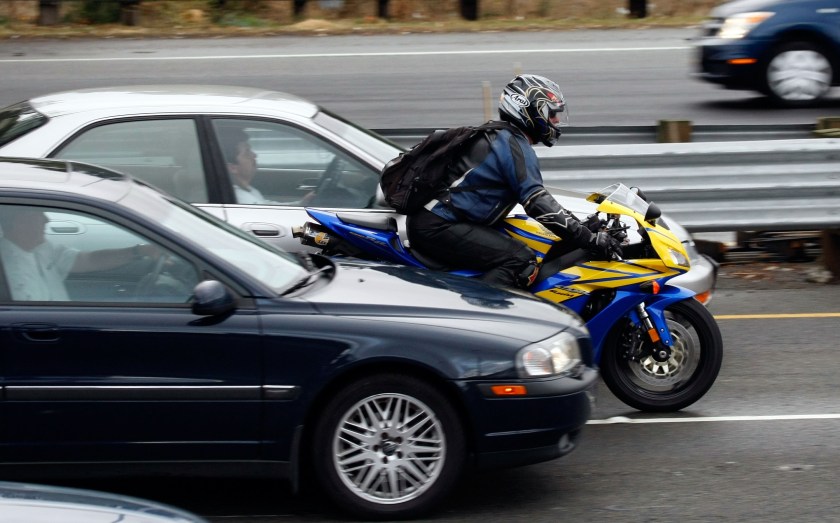 While certainly not novel, riding out the nuclear apocalypse in a missile silo is a pretty solid way to make it through. A slew of decommissioned missile silos from the Cold War-era have been renovated into luxury bunkers, ranging from single family homes to full-fledged apartment complexes with a community pool to boot. The latter includes the Survival Condo Project (see video below)—an underground village built in a 15-story Atlas missile silo north of Wichita, Kansas—which can sustain 75 people for five years off the grid. Included in the purchase of an apartment at the Condo Project is an armed escort to the subterranean compound if you’re within 400 miles. That said, a helipad is probably the easier way to get there, as one anonymous financial executive noted.

If Not, Buy Property in New Zealand (with a Helipad)

When all else fails, head to New Zealand. Australia’s neighbor has the allure of safety and isolation. Aside from being the World Bank’s best country to do business, the island nation ranks in the top ten globally for democracy, security, and moral governance—a trend that hasn’t gone unnoticed. In the week after President Trump’s election, 13,401 Americans (17 times more than normal) took the first step towards residency in New Zealand by registering with immigration authorities there. But for the elite, this has been ubiquitous knowledge, to the point where the country was a moniker for doomsday prepping. As LinkedIn co-founder Reid Hoffman put it:

“Saying you’re ‘buying a house in New Zealand’ is kind of a wink, wink, say no more. Once you’ve done the Masonic handshake, they’ll be, like, ‘Oh, you know, I have a broker who sells old ICBM silos, and they’re nuclear-hardened, and they kind of look like they would be interesting to live in.’”

Indeed, wealthy Americans are building in New Zealand and the managing director of a construction firm noted a common request: “Definitely, helipads are a big one.” 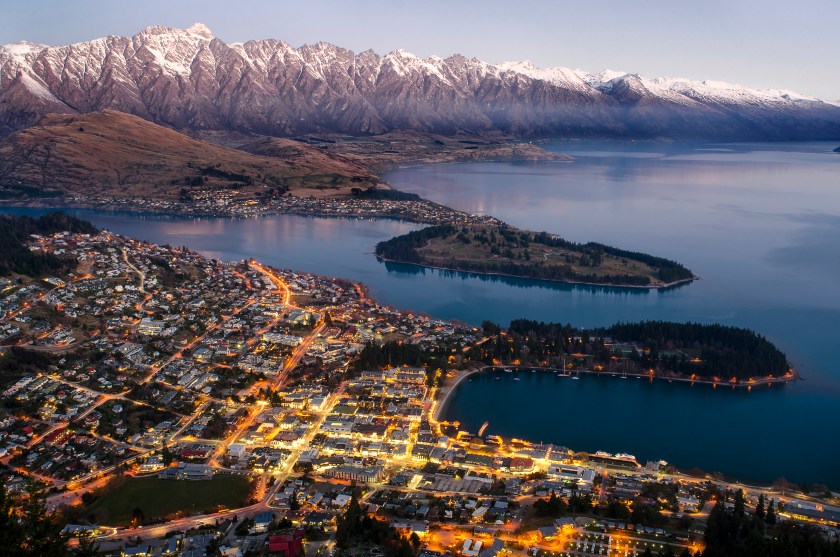