Turkey Over Pork for BBQ? For One NYC Chef, the Bird Is The Word.

Pulkies does offer beef, but it's not the main attraction at the Jewish-style restaurant 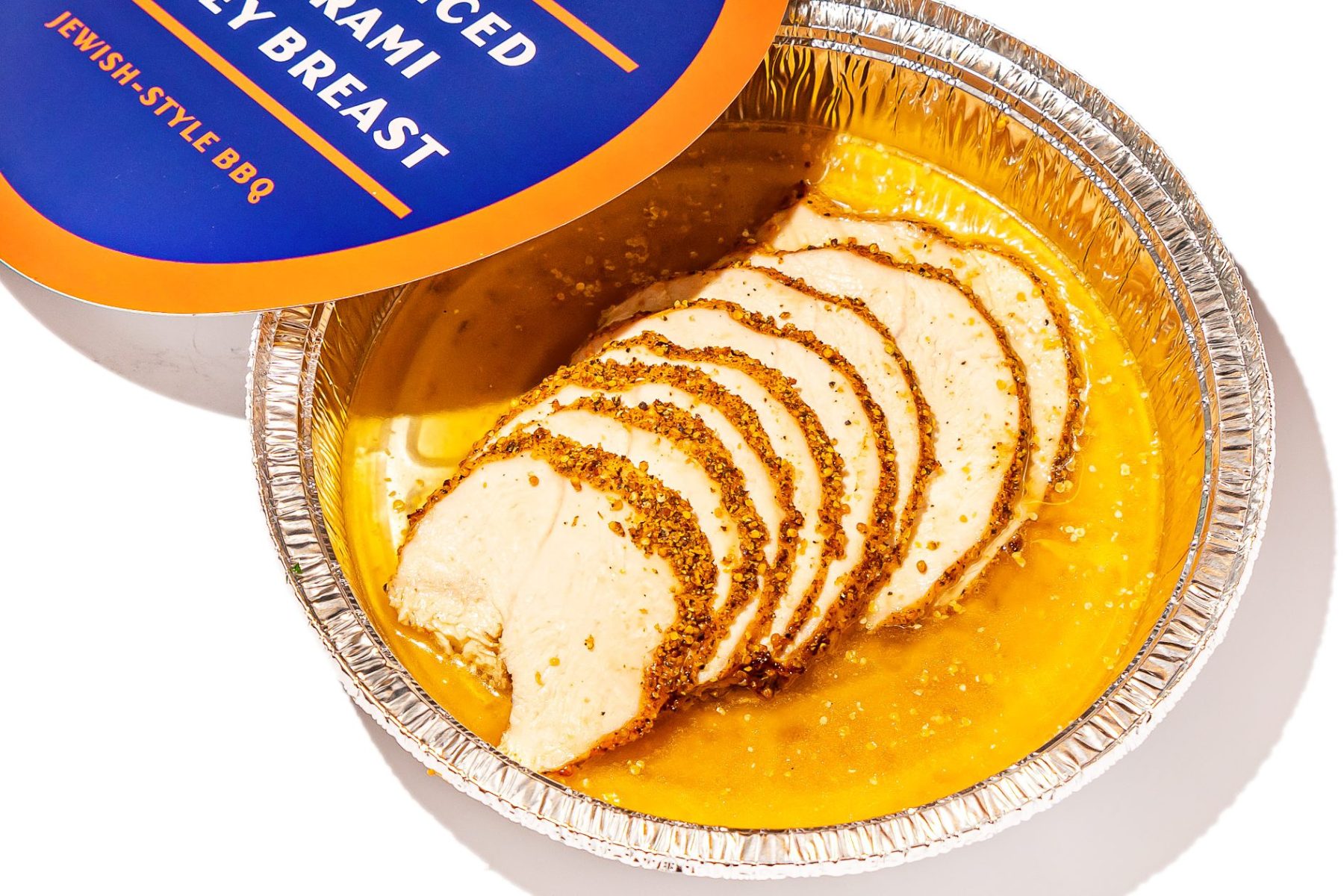 Be it smoked, pulled or slow-roasted and doused in sauce, pork is the meat that anchors the menus of most barbecue joints across the country.

But at Pulkies, a Jewish-style BBQ restaurant that recently began operating out of out a kitchen in Chelsea Market in the heart of Manhattan, it is nowhere to be found.

Although not offering customers the option to dine on swine is at least a small nod to pork being on the wrong side of kosher, chef Harris Mayer-Selinger’s decision to leave it off the menu isn’t really because Pulkies itself is kosher. (It’s not).

Rather, Mayer-Selinger chose not to offer pork because he wants turkey to have the spotlight at Pulkies, which is available via pick-up or delivery in the city and all the way out to Long Island and the Hamptons, all to itself.

“Just as a guy eating meat, I really love turkey and I think it’s never really gotten the proper platform,” he tells InsideHook. “I think it’s delicious, especially dark meat. I think dark meat turkey is richer and more flavorsome than even some of the leaner cuts of pork. As an American, I’m really proud of turkey. It’s a bird that’s indigenous to here and I think it should be eaten more and be more represented in our American cuisine.”

Making turkey the star of the show also appeals to Mayer-Selinger as a chef.

“I love fabricating a whole animal, so we’re getting in whole turkeys and using every part,” he says. “I think it’s a really fun challenge. If you look over the menu, you’ll see we have all the parts everywhere. Nothing is going to waste. The breast is used for pastrami. The legs are used for the pulled turkey sandwich. The neck is used for our braised kale to make a delicious potlicker. We can’t roast the tenderloin because it’s going to fall off and it doesn’t make for nice slices, so that goes to our turkey salad. The wings we confit, which is actually a dish I did years ago that was kind of already in my repertoire. And then of course all the bones go to stock.”

The decision to focus on turkey also worked out quite nicely when Mayer-Selinger and his partners were trying to come up with a name for the restaurant.

“It just so happens there’s this Yiddish word, pulkies, that calls out specifically poultry legs because I think people identify that they’re more delicious,” he says. “The wife of one of my partners actually proposed the name. It stuck.”

In addition to the name and the focus on turkey, Pulkies nods to Mayer-Selinger’s Ashkenazi roots with side dishes like mini matzoh balls in eight-hour broth, borscht gazpacho, chopped liver and mac-and-cheese noodle kugel. The beef brisket that’s served at Pulkies, which is sliced by hand and available either lean or well-marbled, also differs from what can be found at most BBQ restaurants in that it isn’t smoked or cooked over low heat for a long period of time.

“We are Jewish-style barbecue,” Mayer-Selinger says. “In Jewish culture, particularly Ashkenazi Jewish culture which is where I’m coming from, we have brisket at Passover, at Rosh Hashanah and on all the holidays. It’s typically braised and roasted. Turkey as well. The whole idea is I want to create a new category of barbecue, and I think focusing on turkey and brisket is the way to do that.”

And don’t expect that focus to expand to allow pork to find its way onto the menu anytime soon.

“Don’t get me wrong, I love pork. I’m not kosher and we’re not kosher by any stretch of the imagination,” Mayer-Selinger says. “But not having it on the menu gives us a way to differentiate ourselves from pork-based barbecue, which is the majority of American barbecue. One thing we’re very careful about with Pulkies is that it is not traditional American barbecue. We’re called Jewish-style barbecue. So we are barbecue in the sense that there’s Korean barbecue or Chinese barbecue or Mongolian barbecue.”

Though it feels rooted in tradition, Jewish barbecue is a concept that, for all intents and purposes, didn’t really exist until Mayer-Selinger and his team came up with it.

“I think we’ve created a category here,” he says. “I’m really proud that part of what we’re doing here is representing my culture and heritage, which I’m very proud of. I’m an Ashkenazi Jew — Russian, Austrian, and German. I draw on that heritage and it’s a cool way to get in touch with that. I love it. I see us as a cross between Ben’s and Dinosaur Bar-B-Que.”