Cassettes are the latest retro audio fetish — and one Milwaukee business is helping to keep them, and other old tech, out of landfills

It's not all about vinyl anymore: cassettes are back in fashion
YOSHIKAZU TSUNO/Retrospekt
By Trish Rooney @trishroooney

There is a pretty good chance you’re aware of the hit Netflix show Stranger Things. But even if you haven’t see it, you’ve probably heard the song featured in the most recent season: Kate Bush’s 1985 hit “Running Up That Hill.” The song was played throughout (no spoilers), and at one climactic moment, the cassette and cassette player one character is listening to the song on are smashed. Almost 40 years after the it was released, the song has become a global phenomenon But it’s not just Kate Bush that’s coming back in style, it’s the cassette too.

“I think the cassette is just old enough to be interesting, again, to a new generation that hasn’t had the opportunity to get to know it,” explains Adam Fuerst, the owner of Retrospekt, a part-store part-refurbishment center for old tech based in Milwaukee. What started as a wholesale provider for Polaroid’s vintage camera line has become a workshop for all the retro tech you can think of — from cameras to GameBoys to Walkmans. The company’s initiative to restore, explore, and curate older tech goes hand in hand with a desire to keep electronics out of landfills.

Probably most surprising is the interest in cassette tapes — which are now being issued by new artists ranging from Olivia Rodrigo to Kendrick Lamar — as well as the Walkmans and boom boxes that Retrospekt restores and resells. Fuerst tells InsideHook that the renewed interest in cassettes comes from a couple of places. “If someone wants to have an experience with music through analog means, rather than like mp3 or digital, they have really two main options,” he explains. “For decades, music was produced in these formats, vinyl and cassette. And one is portable, and one is not.”

Cassettes could also be taking the place of vinyl in the minds of teenagers and young people discovering physical audio for the first time. “It feels novel and interesting, much like 20 years ago, when I picked up a record for the first time, and it wasn’t super normal to buy a record,” Fuerst says. “It felt really unique and special to me, even though it was a very normal experience for someone, maybe my mom’s age, to buy a record. There’s a little bit of novelty to it.”

The other reason is more about how we consume music, Fuerst says. “We have all the music you could ever want at your fingertips right now, if you’re willing to pay a little bit of money to Apple or Spotify every month.” And while those services mean more music, all the time, “there’s still this human experience that we all crave to try to curate our lives. I think slowing down, listening to something from front to back, whether it’s a cassette or an album is what a lot of people are craving,” he says.

For Fuerst, there is also the notion of taking the AI out of our music choices. “I listen to anything on Spotify, and it is nice to have things recommended to me,” he says. “But it just feels like algorithms are making so many decisions in our life. I think there’s a little bit of a backlash against that whether or not the consumer is making a conscious decision to do that.”

Another appealing thing about cassettes for the consumers is the price tag. “They are also a lot less expensive than a record,” Fuerst says. “I’m not saying that our portable cassette players are cheap by any means. But you just need headphones and a working player, it’s portable, you can also plug the player into your car.” 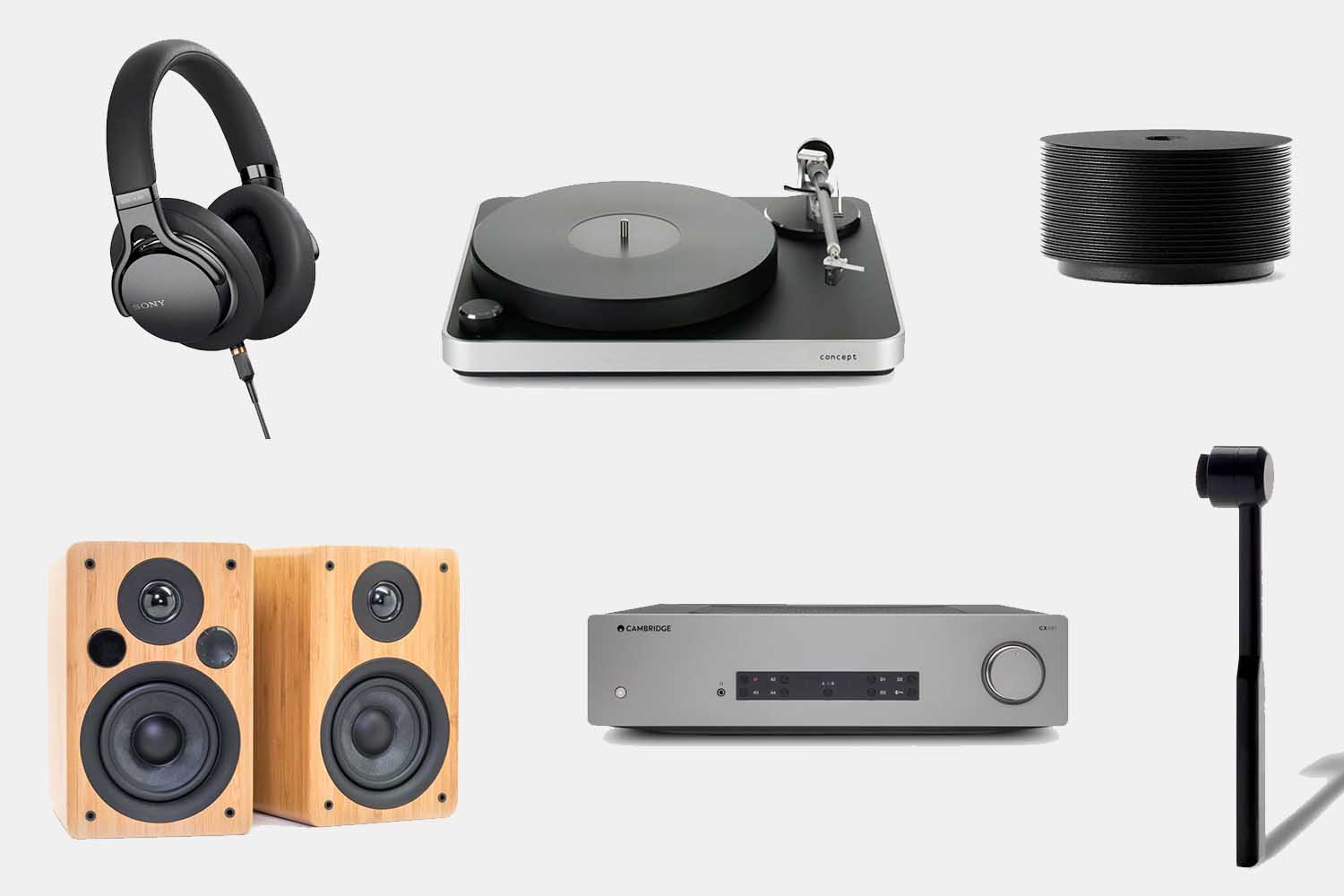 You've been thinking about getting into vinyl. There's never been a better time.

For artists, cassettes are also a way to connect with their audiences. Retrospekt has done some exclusive cassette releases, including a She and Him Christmas album in 2011 and The Head And The Heart in 2013 (both albums were re-released last year). For customers, buying tangible music isn’t just about the listening experience, but also about supporting the artists themselves. Stories about issues with royalties from streaming and drops in record sales might make die-hard fans more inclined to support artists through physical music purchases.

Cassettes are a cheaper and easier way to support an artist than purchasing a record. “It’s also much easier to put a cassette in your pocket at a concert,” he says. “I think we’ve all seen that one person like carrying around a record in the pit. It’s just kind of an awkward thing to keep track of at a show.” Fuerst thinks that it’s only a matter of time for more artists to embrace the trend. “I wouldn’t be surprised if merch tables across the U.S. figure out this trend in the next five to 10 years. You only have so much space on that tour bus or tour van — it’s easier to store 100 cassettes over 100 records.”

When asked if Stranger Things was a catalyst of the cassette renaissance, Fuerst agrees. “We saw a kick during the month of the new season’s release. It certainly didn’t hurt.” But it’s not just the ’80s themed show that’s brought cassettes back to the public’s mind. “Guardians of the Galaxy is another one that comes to mind that helped us with that,” he explains. “It feels to me that in any crime show, there’s always a cassette player. I think that it felt like a unique choice for quite a while for filmmakers. The idea of the mixtape in general, is showing back up in the collective consciousness.”

Fuerst thinks that the next retro trends are going to be less ’80s and more Y2K. “Over the last year, we’ve seen a lot more interest in CDs,” he says. “I’m not sure if it’s part of the supply chain disruptions, but CDs have been more common items to be able to get than a record, and the costs are a little bit lower.”

CDs as retro cool? We’re not ready to go there — yet.