The former Nickelodeon star is entering more mature territory with the sexy art-world drama "Trust", and she's doing it on her own terms

In "Trust," Victoria Justice steps into her most mature role to date
Vertical Entertainment
By Kayla Kibbe @Kay_Kibbe

If you’re dealing with any level of Zoom dysmorphia these days, I can’t recommend hopping on a call with Victoria Justice.

To use the old journalists’ cliché, the first thing you notice about Justice is that she’s exceptionally beautiful, even for a celebrity. Staring at yourself on screen next to your coworkers day after day is one thing, but coming face to face with your own pandemic-weary visage beside that of a star like Justice was jarring in a way that, frankly, I should have anticipated when logging into our Zoom meeting Tuesday night, where she joined from the West Coast to talk about her role in Brian DeCubellis’s new art-world drama, Trust (which you can stream here).

Having grown up watching Justice in starring roles on Nickelodeon shows like Zoey 101 and Victorious throughout the aughts and early 2010s, I was never under any illusion that the actress and singer was anything short of aesthetically blessed. But chatting with the 28-year-old star on Zoom nearly eight years after the end of the longtime Nickelodeon run that launched her career, it’s clear that Justice’s beauty and presence always exceeded that of your typical teen TV star. With striking features and a warm smile that separate the star’s mien from the identically carved and cosmetically plumped faces that have taken over Instagram feeds in recent years, Justice’s looks stand out as unique but somehow timeless — an Audrey Hepburn kind of aesthetic that never goes out of style because it is the unadulterated product not of trends or contemporary fashions, but of the inalienable gifts of symmetry and bone structure. Throw in the genuine warmth and charisma with which Justice conducts herself, and you’ve got a level of A-list elegance we typically assign to a very marginal percentage of Hollywood elite, a polished presence that makes you wonder why you haven’t typically thought of her that way before.

The reason probably comes down to the simple fact that Justice isn’t particularly concerned with being “thought of” in any specific way at all. As a multi-platform artist who has been acting and singing since childhood, Justice has always forged her career by following her own artistic vision, rather than a path driven by ambitions for a certain level of fame or an ideal public perception. Whether acting or writing new music — which Justice has recently begun to release again after a seven-year hiatus from the music industry — her career moves remain guided by one simple principle: “Whatever feels true to me is what I’m going to put out there,” she tells InsideHook.

To be sure, Justice is far from a Hollywood unknown. The star began acting as a child in the early 2000s, landing her breakout role alongside Jamie Lynn Spears on Nickelodeon’s Zoey 101 back in 2005. She went on to appear in a handful of other popular Nick shows of the day, before landing her own series on the network in 2010, starring as Tori Vega in Victorious until the show wrapped in 2013. In the years since, Justice has steadily added to her lengthy filmography, appearing in films like 2017’s The Outcasts, 2019’s Summer Night and starring in MTV’s 2015 thriller series Eye Candy. 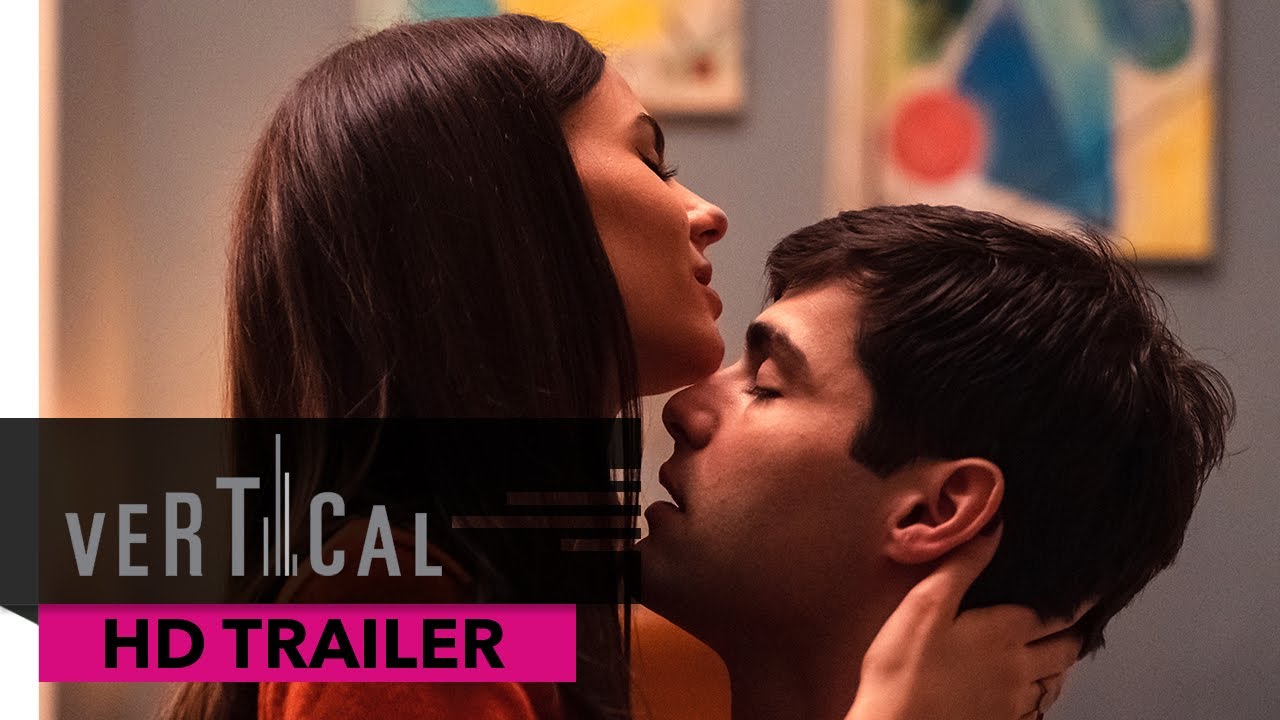 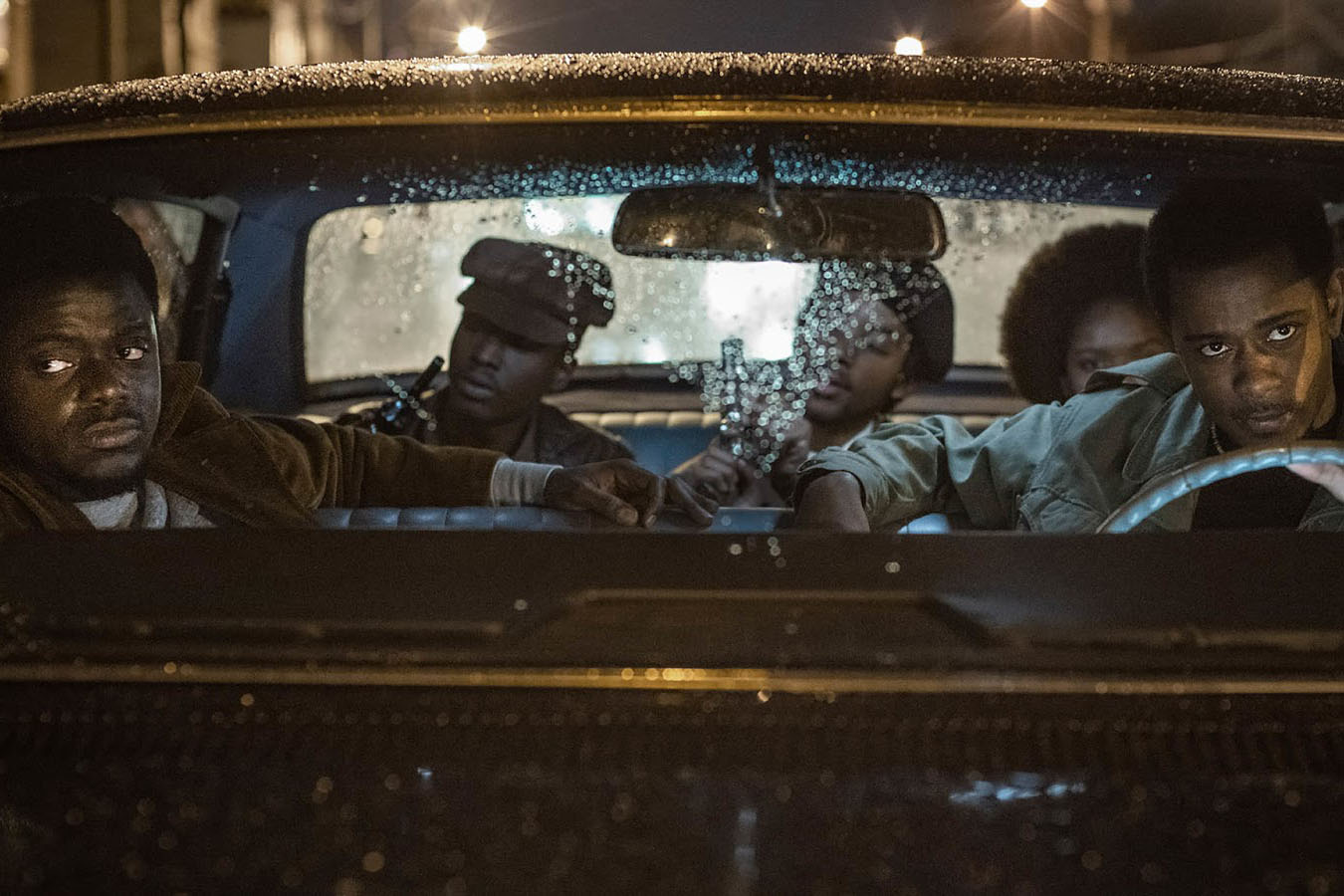 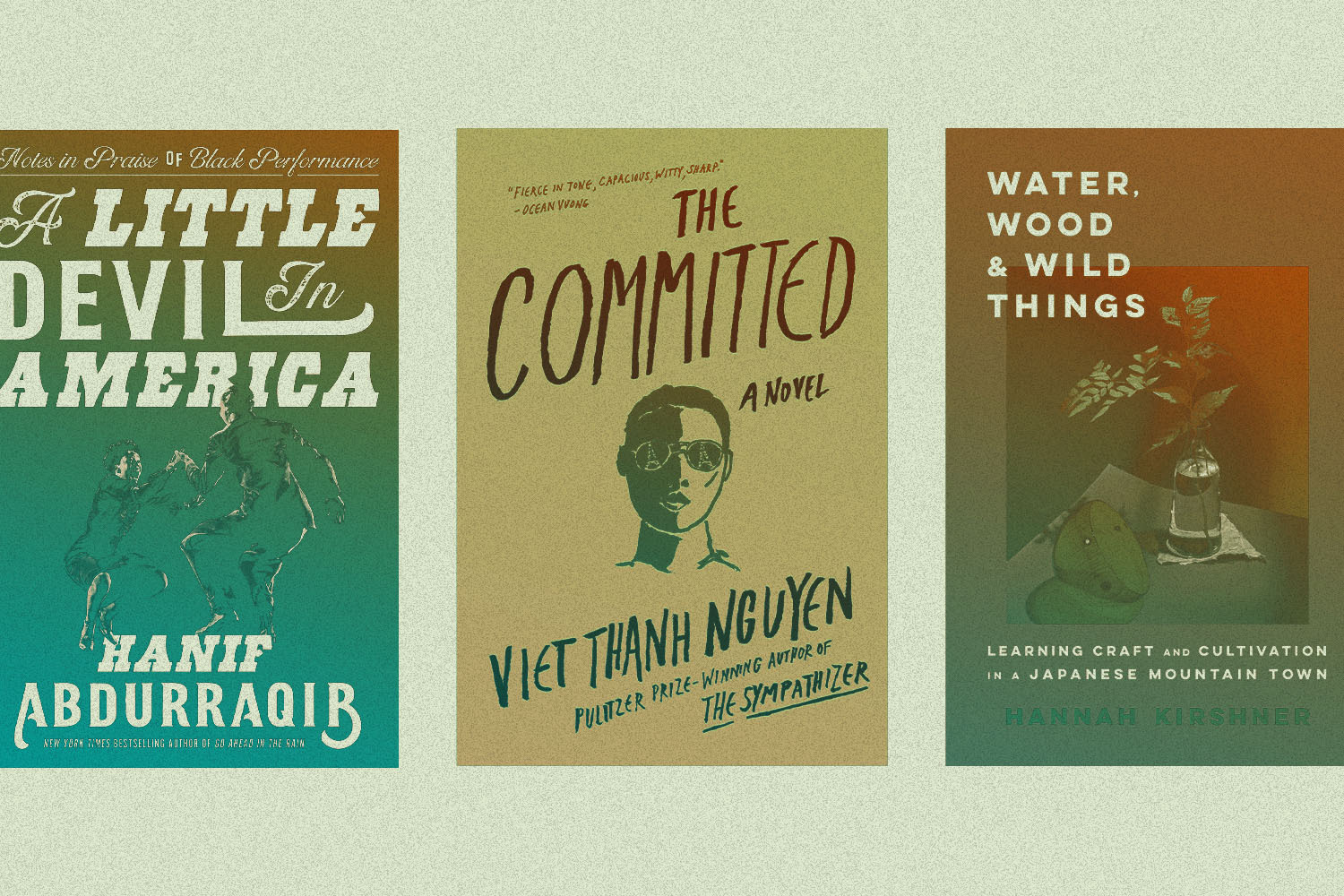 The 10 New Books You Should Be Reading This March

Even with an ever-growing filmography, new music and 20 million Instagram followers, however, Justice has somehow largely evaded the level of limelight into which many of her Disney and Nickelodeon contemporaries found themselves thrust after starring roles in their teens catapulted them to household-name-level stardom. Perhaps that’s because Justice, with her usual focus on art over celebrity, veered somewhat from the stereotypical post-child-star path — one that usually finds young talent jumping immediately into mature, often overtly sexual roles in an attempt to distance themselves from the squeaky-clean children’s network image.

“I never felt pressured to do that,” Justice tells InsideHook. “I’ve always really just stayed true to myself and I will never do anything if it doesn’t feel authentic to who I am. I’ve always been that way. I’ve never done anything in my career that I didn’t feel that way about.”

That commitment to artistic authenticity meant Justice’s filmography matured with her, gradually and naturally. The actress points to her starring role in 2015’s Eye Candy as one of the first “mature, adult” endeavors of her post-Victorious acting career, in which she appeared as Lindy Sampson, a tech genius tracking down a serial killer after the disappearance of her sister. “It was very dark and twisted and sexy, and it was really exciting to get to do something that was so different,” says Justice. “It was definitely challenging. There were some really dramatic moments in that series. But I’m always up for a good challenge.”

With her most recent project, Trust, which premieres in select theaters and on demand March 12, Justice finds herself in what may very well be her most mature role yet. Starring as Brooke, an art gallery owner in New York City whose marriage to Owen (Matthew Daddario) is shaken after both face temptation in the form of extramarital dalliances, the role represents new territory for Justice as her first significant turn playing a married woman.

“I think that this is definitely one of the most mature roles I’ve done to date,” she tells InsideHook. “One of the things that attracted me to this script is that I loved that it was about an adult relationship and explores these themes of infidelity and trust.”

Unlike the kinds of overtly sultry roles some may have expected a star like Justice to leap into immediately after her Nickelodeon days, Trust offers a more sophisticated exploration of the often complicated nature of adult relationships.

“With this movie, it just felt right to me,” says Justice. “I was drawn to the subject matter; it felt like the right time.”

Contrary to former-child-star stereotypes, “shedding” any kind of early career image has never been an active part of the plan for Justice. Rather than seeking to distance herself from her Nickelodeon days by leaping into a certain kind of project or projecting a more “adult” persona, Justice’s roles have simply matured alongside her as she’s forged a career based on a commitment to authenticity in her work and art. But while staying true to herself as an artist is paramount, Justice has never been afraid to look beyond her comfort zone.

“I want to continue to grow and to challenge and push myself,” she says. “I like to be challenged. I feel like that’s the only way you can really grow.” 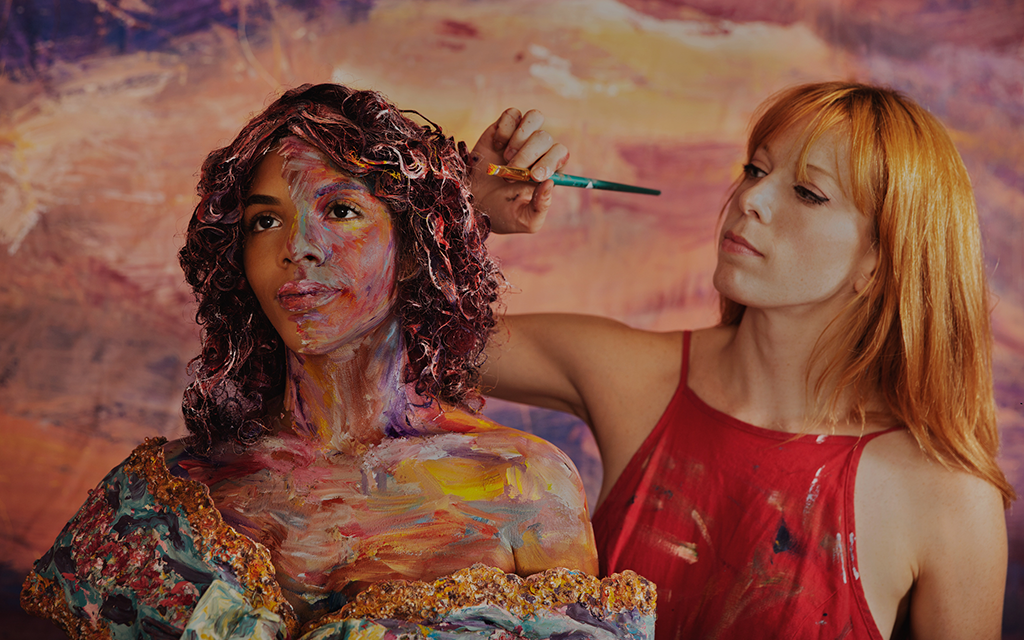 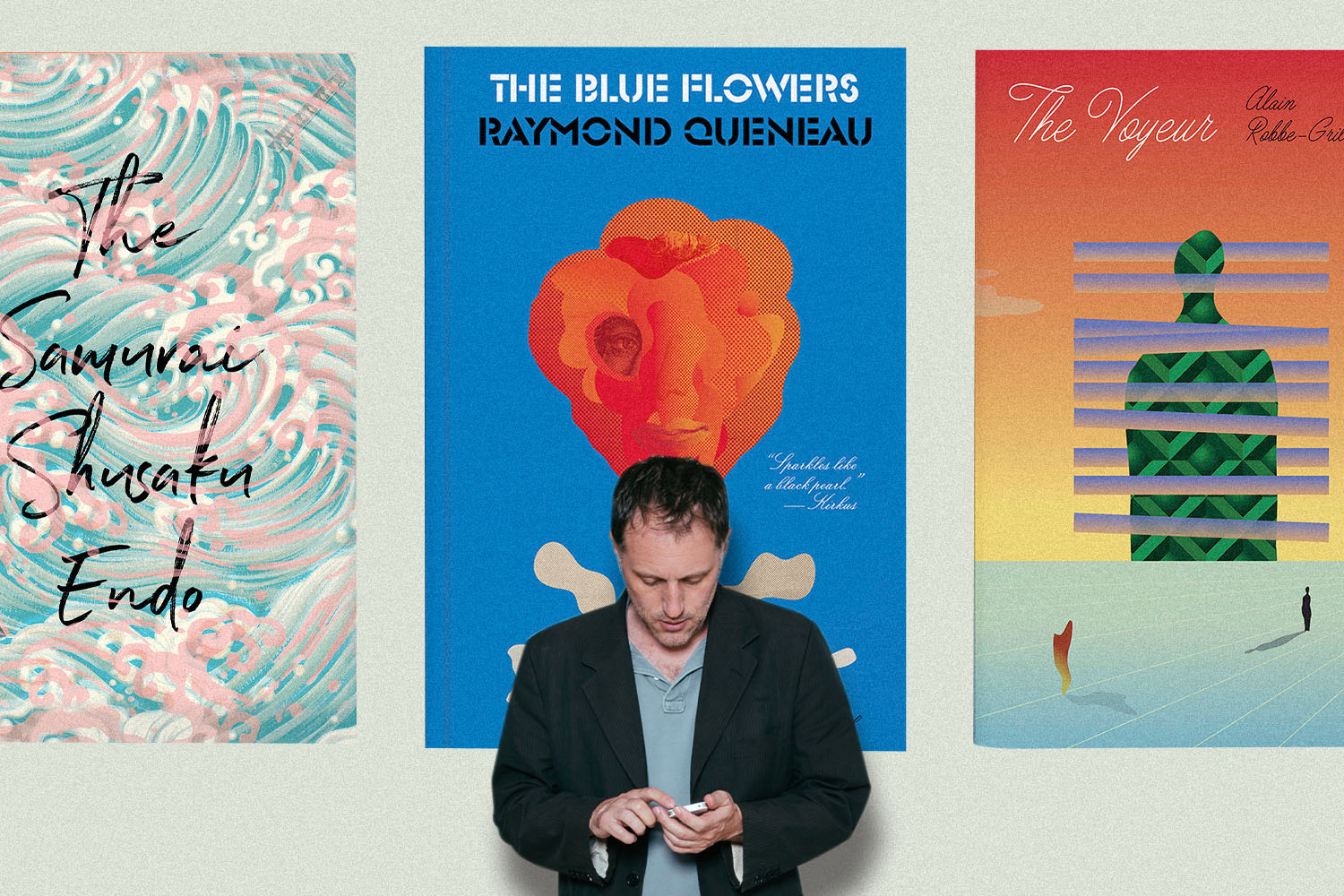 You Might Not Know Peter Mendelsund, But You Probably Own a Piece of His Art 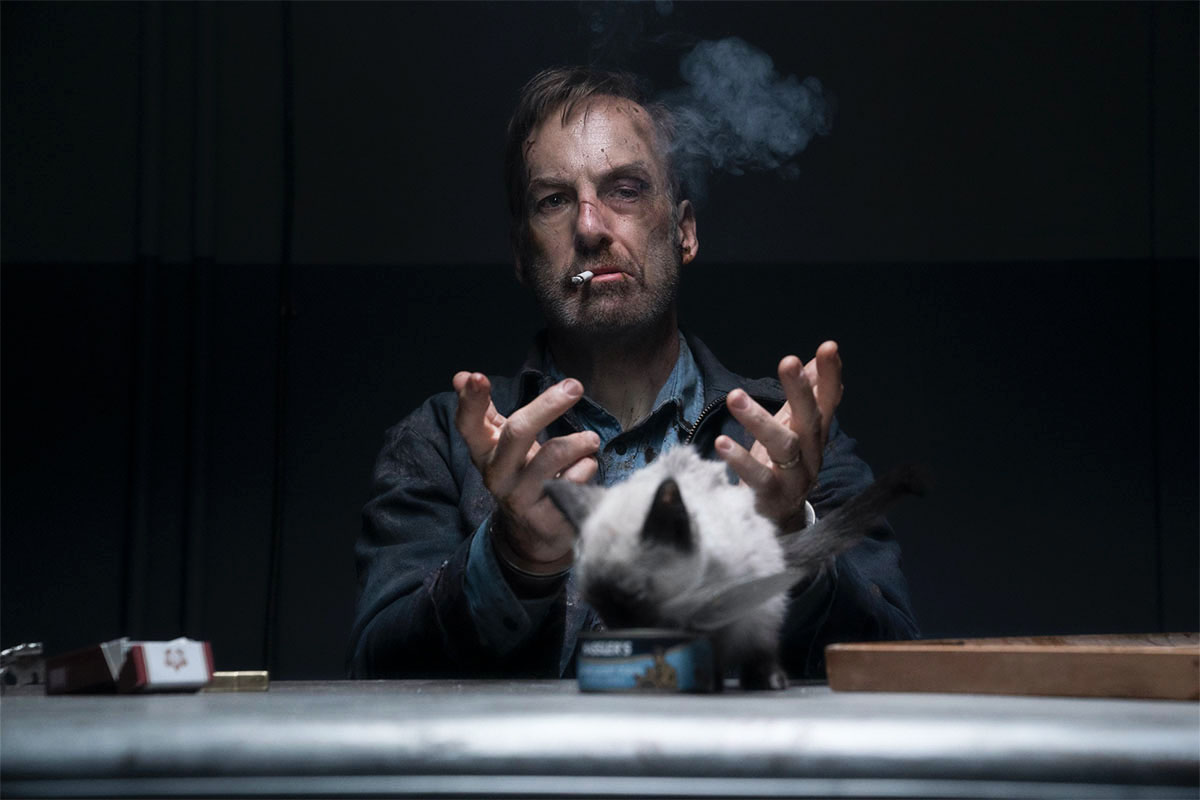