How “The Sopranos” Forever Changed Television

Twenty years after its debut, the show's legacy—for good and ill—still lingers. 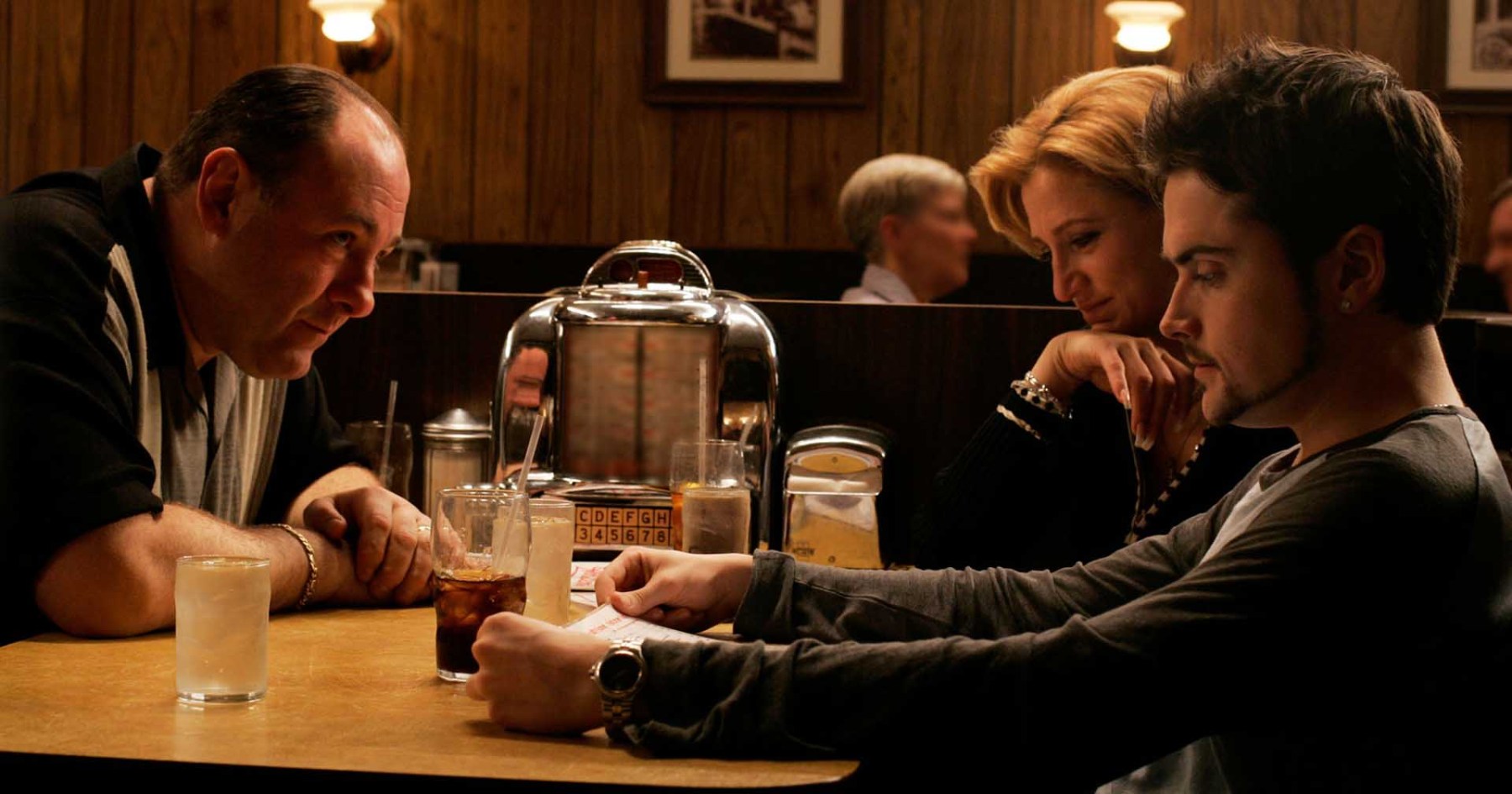 Twenty years ago, Tony Soprano walked into his shrink’s office.  He was angry. He was anxious. But more than anything else, he was depressed.

“It’s good to be in something from the ground floor,” he said glumly. “I came too late for that and I know. But lately, I’m getting the feeling that I came in at the end. The best is over.”

For us, though, things were just getting started.

Because The Sopranos would go on to change television—the way stories were told and the sort of people those stories were about. It raised big questions, and left us to debate the answers. Does a story have to have a hero? Does it even have to have an ending? Those weren’t things TV audiences were regularly thinking about before The Sopranos debuted.

But the show changed that—and, in a way, maybe changed us.

Television itself had been evolving for a while, slowly recovering the high ground it had lost since its first, mid-century Golden Age. In the ’70s, Norman Lear pushed topical storylines and unlikable characters (although his liberal lessons were always pat, and Archie Bunker’s roughest edges soon sanded down). In the ’80s, Steven Bochco’s Hill Street Blues dove into complicated, multi-character plots, while Michael Mann’s stylish Miami Vice delivered the sort of careful compositions and cinematography previously reserved for films.

But nobody had dared give us a character like Tony Soprano before.

Right from the first episode, grinning as he ran over a deadbeat gambler, Tony was volatile and violent. Then he got worse. By the series’ fifth show, “College,” he even took time away from escorting his spoiled daughter around campus to personally strangle a snitch. As Matt Zoller Seitz and Alan Sepinwall point out in their new book, The Sopranos Sessions, this kind of on-screen brutality was shocking.  This wasn’t having a main character order someone’s killing. This was watching a show’s protagonist actually doing it.

If Tony had been an antihero at the start of the show, from this episode on he was an absolute sociopath. And  yet, you couldn’t turn away. Because the truly terrifying thing about The Sopranos was that, even though Tony was a conscienceless murderer, he was still recognizably human. He could be tender. He could be funny. He had feelings, and he desperately wanted to share them, occasionally reaching out to his wife, his children.

Except no one really cared.  Like everyone else in Tony’s life, his family’s relationship with him was results-oriented and largely transactional—gifts accepted, favors traded, debts incurred or settled. There was little genuine connection. In fact, for all the great dialogue, characters in The Sopranos rarely had real conversations. Instead, they talked at each other or around each other, listing demands or offering threats. Nobody truly listened to Tony except his psychiatrist. And that’s mostly because she was paid to.

Yet even as the actor’s humanity kept us watching, Tony himself grew ever darker, moving further away from any possible redemption. It was startling at the time, having this sort of straight-to-hell heavy as a television lead. It isn’t any longer. Before The Sopranos, TV was filled with “but” characters—“tough but honest” cops, “crusty but dedicated” surgeons. After The Sopranos, those redeeming qualities faded. The good no longer had to outweigh the bad. In fact, it didn’t even have to be present. It proved TV fans will forgive—or at least ignore—any onscreen sin except being dull.

The Sopranos changed who got their stories told on television. It also changed how those stories were told.

Previously, one of the signs of a serious series was its formal rigidity. Like a 14-line sonnet, televised dramas stuck to a careful format. Although exceptions were made for daytime soap-operas and their upscale, primetime siblings, like Dynasty, TV shows were still closed systems. Setups paid off; subplots were resolved. If a character disappeared abruptly, it was only because the actor had asked for too much money.

But nothing in The Sopranos was predictable, and no one was safe. Should the gang take a trip to Italy? Yeah, why not. Should Tony take a trip on peyote? Sure, sounds good. Could a beloved character suddenly get whacked? Hey, don’t bet against it.

Part of that unpredictability came from the medium’s own, constantly fluid nature, so different from movies; it’s hard to plan a slowly building storyline if you don’t know how many seasons you’ll have to work with.  But mostly the mood came from Chase’s own love of ambiguity. Would that Russian mobster ever turn up again? Would Dr. Melfi’s rapist ever be caught? If those were your biggest questions—well then, maybe you were watching the wrong show. Instead, The Sopranos aimed for a kind of improvisational quality—where other dramas played like three-minute pop songs, it was a late-night jam in a jazz club.

But freedom can be dangerous.

David Chase’s willingness to say “what the hell”—turning individual, stand-alone episodes into pitch-black comedies, suddenly introducing or eliminating major characters —was usually checked by his own sense of artistic responsibility. Chase may have broken the rules, but he knew what they were; nothing was done arbitrarily. However, those lessons have been lost on many of the series that have followed, shows that lurch from season to season, trying everything they can think of. They rewrite characters’ codes of behavior when it suits them, discard a bit of backstory when it feels limiting, skip ahead a few years when they get bored. They honor not art, but their own convenience.

That new impatience with, or ignorance of, the rules of drama is perhaps the second-least welcome aspect to The Sopranos legacy. There’s another, larger one though, and while unintended, it’s far worse: Our new love of the brute.

Of course, like any serious writer, Chase didn’t want us to like his characters, he wanted us to understand them—a far deeper, and more interesting connection. But the actors were so good, the scenes so intimate, the dialogue so funny, it was hard not to enjoy these people, too. And, in the end, it was hard not to be seduced, just a little bit, into seeing their bullying insults as merely “busting chops,” to forgive their corruption as “just business,” to conflate their crudeness with “truth-telling,” to see something amusing, even admirable, in their absolute refusal to observe the normal rules of etiquette and decency.

And that affection has lingered, and spread.

It’s unfair, of course, to blame the widespread coarsening of our culture on The Sopranos. But the show foreshadowed it, then reflected it, and, for some people, probably even justified it. If a Tony Soprano could be not just a minor character on a show but its protagonist, then what bigoted blowhard couldn’t rise from embarrassing wingnut to populist leader? What ruthless corporate criminal couldn’t buy some good press with a joke and a photo op? When antiheroes become heroes, are there even any villains anymore? Any right or wrong? Any clear-cut moral judgement? Isn’t it just easier, in the end, to fuhgeddaboudit?

We used to marvel at the world of The Sopranos, once. Now, 20 years later, we live in it.