“The Northman” Is as Metal as Real Viking History

Alexander Skarsgard in "The Northman"
Focus Features
By Mark Asch

Watching The Northman, you may find yourself wondering why, having slain the undead warrior guarding a mythic sword by beheading him, the exiled Prince Amleth (Alexander Skårsgard) then takes the severed head and places it between the legs of the prone corpse, so that it rests against the buttocks. In fact, this is standard protocol when fighting a reanimated foe, to ensure it doesn’t rise again.

In Grettir’s Saga, the 14th-century account of an early Icelandic outlaw-poet, the hero, like Prince Amleth, descends by rope into a subterranean grave-mound where a revenant, Kar, sits in a chair and guards its treasure. After Kar awakens and following a brutal duel, Grettir “drew the sword Jokul’s-Gift and struck and struck at the mound-dweller’s neck. He cut off the head and placed the head against Kar’s buttocks.” Gettir, again like Amleth, plunders from the burial mound a fine sword that he will use in his future. Notes by the translator of my edition of Grettir’s Saga, the medievalist Jesse Byock, explain: “Ghosts in Icelandic tradition are not shadowy spirits but corporeal beings in the manner of the walking dead. Cutting off the head of a revenant and placing it alongside the buttocks is repeated later in the saga,” and is “perhaps a reflection of ritual actions associated with permanently killing revenants.”

The entirety of The Northman, the third feature film by writer-director Robert Eggers, is of a piece with this sequence, at once quirky and granular in its fidelity to historical texture and metal as fuck in its florid intensity. Watching it is like having a conversation at a party with the guy with the long hair, braided beard and runic sleeve tattoos who turns out to be the biggest archaeology dork you’ve ever met, and it’s the right approach for a film that draws on the Sagas, which interwove verifiable history and epic legend.

Eggers is known for his obsessive attention to detail and period research. He announced himself as such with the first line of dialogue of his first movie, The Witch, delivered by a New England Puritan played by the Leeds-born Ralph Ineson with the same Yorkshire accent that many of the Mayflower Pilgrims would themselves have sported. The Witch’s dialogue paraphrased the Bible, and its plot borrowed specific stories from 17th-century accounts of Satanic possession, and for its followup The Lighthouse, Eggers sank a considerable amount of his budget into constructing a 70-foot tower with a working Fresnal lens.

The Northman is loosely based on the story of Prince Amleth, so its broad strokes should be familiar from the story it inspired, Hamlet: Amleth’s father, Norwegian king Aurvandil (Ethan Hawke) is slain by his bastard brother Fjölnir (Claes Bang), who claims Amleth’s mother Gudrún (Nicole Kidman) as his queen. Amleth plots his revenge — in this version, which seems closer to another Hamlet adaptation, The Lion King, he exiles himself and comes of age as a Viking raider before disguising himself, alongside Slavic wench Olga (Anya Taylor-Joy), as a slave bound for Fjölnir’s estate, re-established in newly settled Iceland. (Though much of the film was shot in Northern Ireland — and many of the other slaves on Fjölnir’s farm have historically accurate Irish accents, presumably being captured on previous raids of the British Isles — imposing vistas throughout the film are distinctively Icelandic spots, with, I’m guessing, contemporary tourist infrastructure digitally removed.)

But the Amleth story Shakespeare adapted, from the Danish scholar Saxo Grammaticus, was a 12th-century account of a much older story, which is not preserved, just as the Icelandic sagas are medieval accounts of events from a few centuries prior. Eggers and his co-screenwriter, the Icelandic novelist Sjón, fill in gaps with all matter of historical fragments, religious ritual and literary detail. In addition to the Gretir’s Saga mound-dweller episode— which in the film also has Arthurian undertones, appropriately as the saga’s unknown author himself borrowed sections from Tristan and Isolde — an incident in which Amleth brutally beats a rival during a game of knattleikr, the Viking ball-game, recalls similar exploits of the heroes of both Grettir’s Saga and Egils saga. Eggers’s Aurvandil has a court fool, Heimir (Willem Dafoe), who speaks in sayings from the Hávamál, a collection of wisdom from the Eddas. The New Yorker has reported that Northman costumes are made of “nettle fabric and reindeer leather,” and the musical score is filled with instruments like the tagelharpa, langspil, kravik lyre and säckpip. The end credits reveal minor characters’ names like Hallgrimr Half Troll and Finnr the Nose-Stub — colorful epithets in the tradition of epic poetry, though none quite as funny as the figure in Grettir’s Saga known as Olvir the Child-Sparer. Based on the film’s timeline, which begins with Amleth as a child in 895 A.D. before skipping ahead to his adulthood, the main action is correctly set before 930 and the founding of Iceland’s parliament, the Alþingi, which would have been the proper authority to adjudicate grievances over killings and inheritances; thus the volcano that gives the climactic duel its ashy, molten backdrop could plausibly be Eyjafjallajökull, which erupted in 920.

Every surface in the film reeks of the past and is coated in a layer of sweat, or mud, or spit, or blood. But Eggers’s immersion in the material is far more than skin-deep. When I interviewed Sjón for this publication last fall, he talked about his novels, which extrapolate in an often mystic vein on Icelandic history and folklore, and on the commonalities of his approach with Eggers’s: “I think the reason Robert wanted to work with me […] was because of things I’d been doing in my books, bringing strange elements into a very real situation, and presenting them as part of that reality. This comes from the Icelandic sagas: the sagas were, for a long time, talked about as if they were quite realistic depictions of those times. And if we accept that they are realistic depictions of medieval Iceland and Nordic society, then we also must accept that dreams that come true are a part of that reality; visions of riders in the sky are a part of that reality; mountain-dwellers who have to be visited and killed are a part of that reality. So that’s what we’re working with in The Northman, all the supernatural elements of medieval times that are real to the people of those times.”

It’s this uncritical immersion in a totally different mentality that sets The Northman apart. With the possible exception of Taylor-Joy’s proto-feminist presence — with her wide-set eyes and clipped, cool-girl inflections, she seems to have a wary, almost sarcastic detachment the other characters lack — The Northman barely acknowledges contemporary notions of morality, ideology or realism.

From the Eddas, the major source for Norse mythology, comes the image of a tree like Yggdrasil, which Amleth sees in visions and whose branches show the lineage of his descendants, and Sjón’s longtime friend Björk, appearing in her first film in two decades, shows up as an eyeless witch who tells Amleth of his future deeds and bloodlines. Her prophesies are true to the foundations of Nordic literature: the scholars who wrote the sagas were connecting stories about significant figures from the Viking Age, up to the conversion of Iceland to Christianity around the year 1000, to written genealogies of kings and families like Ari Þorgilsson’s Book of Icelanders. (Some early viewers have seen in the film’s fixation on bloodlines an unwelcome echo of white supremacy, with its idolatry of the Nordics and veneration of racial purity; I’m guessing these people have never waded through the chapters upon chapters of family history that precede the good stuff in Njáls saga.) Amleth’s motivation of vengeance, a routine genre-film trope, is here rooted in the many saga plot points that hinge on compensation for the killing of kinsmen or servants.

The Northman will remind you that the word “berserk” originates in Old Norse, as a specific term for warriors who put on animal pelts and whipped themselves into a frenzy; dogs are a motif in the movie, which includes scenes of both boys becoming men (Aurvandil and Heimir lead young Amleth in a sort of locker-room initiation, in which he sweats and barks and growls and has visions) and men becoming wolves (as an adult, Amleth and his fellow Vikings don animal skins and roar and howl on the eve of battle). The sound mixing is aggressive, to match the screaming intensity of the actors; the masculinity is hyperbolic — Alexander Skarsgård is so shredded he makes the cast of 300 look like schlubs — and even the cinematography is deliberately macho, with Eggers choreographing epically difficult one-take battle sequences that embody the muscular essence of an alien belief system.

Like The Witch, The Northman takes place at a time in which ancient pagan animism challenged the new strictures of organized Christianity (and likewise features lots of dancing around bonfires). But though The Witch offered up an allegory about defiance of persecution and patriarchy, The Northman even more than The Lighthouse descends into a closed-off masculine world gone increasingly unhinged. It renews the strangeness of the past, making it awe-inspiring and awesome. 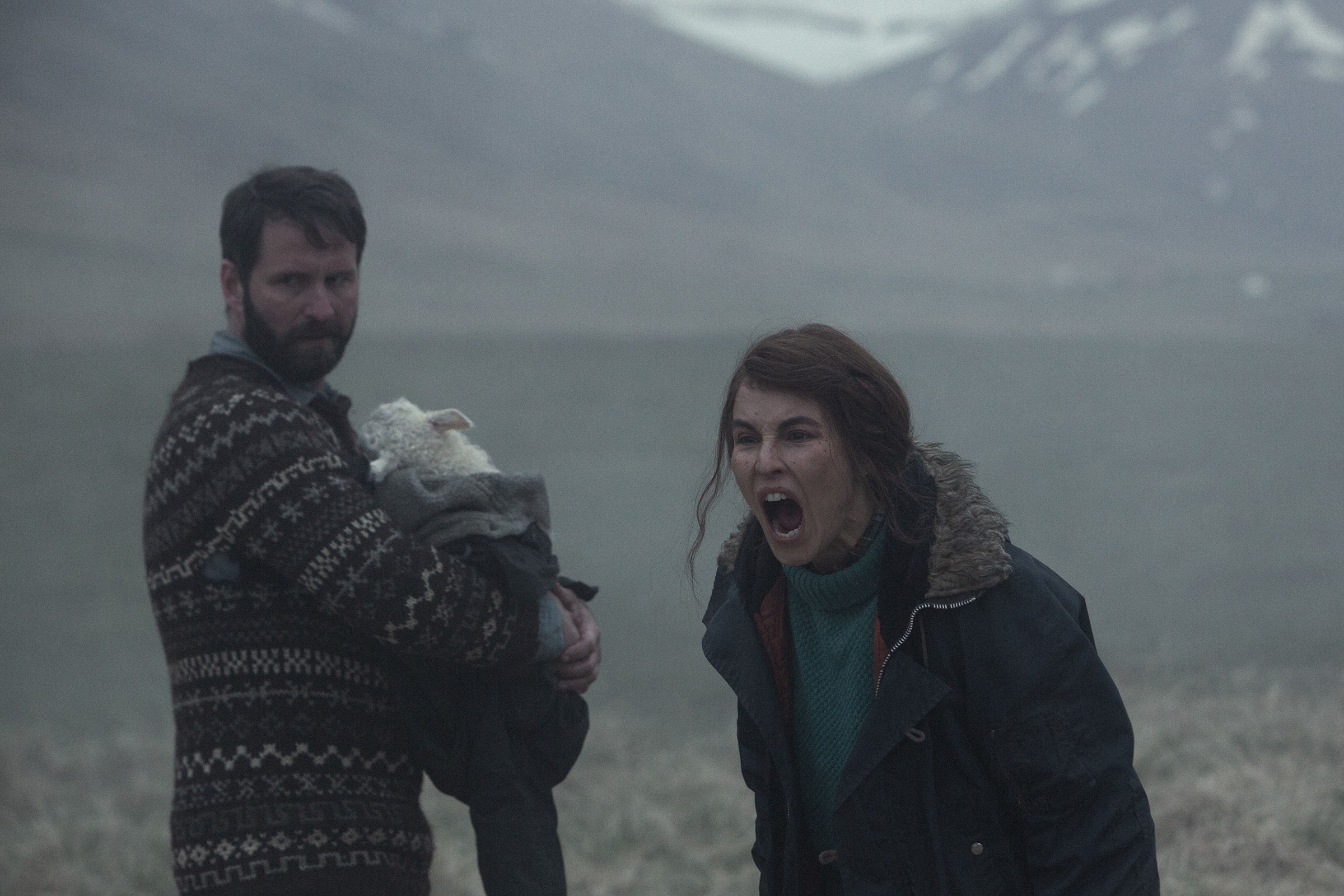 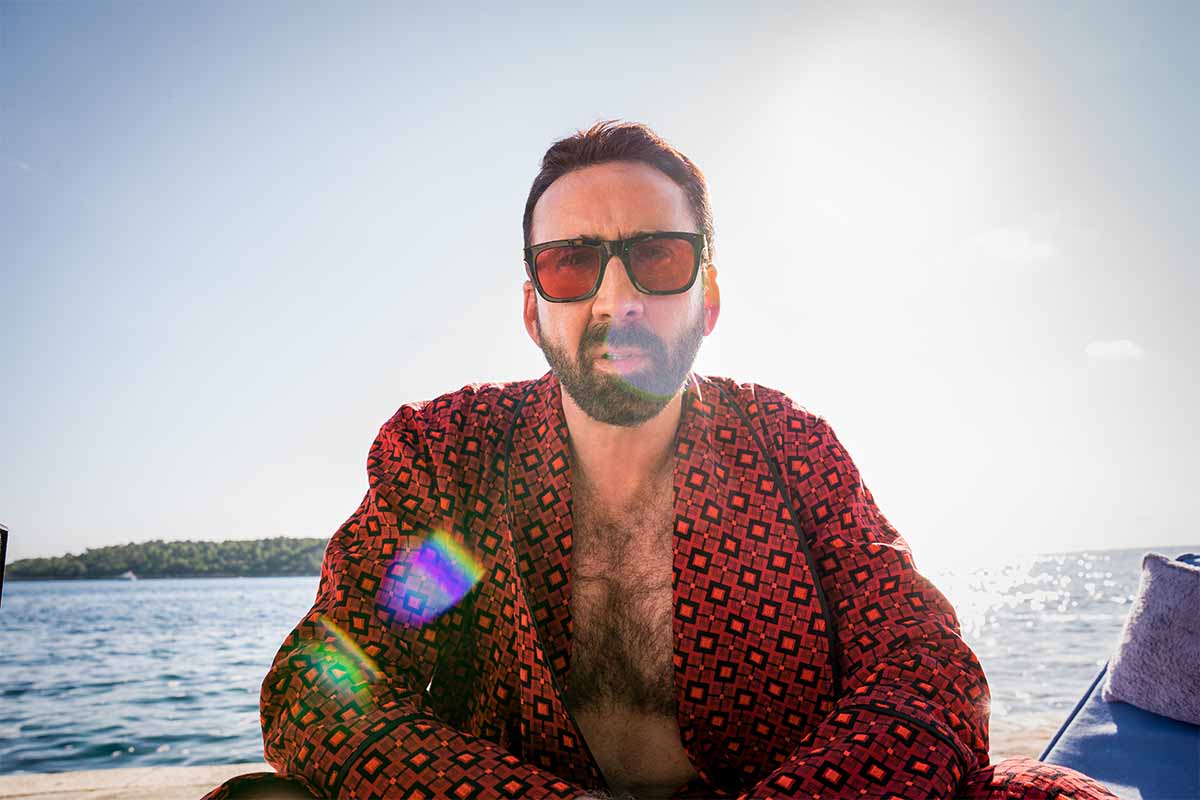 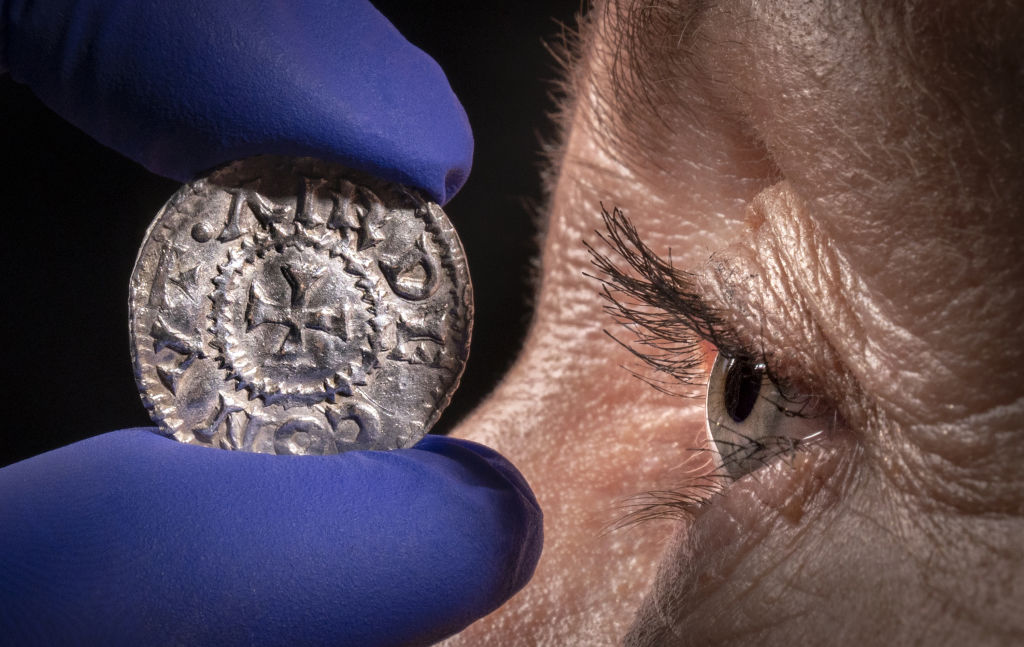 Archaeologists Are Discovering New Details of Vikings’ Time in Britain