As soon as Michael Moore shambled onstage at the New York premiere of “Fahrenheit 11/9,” he got a standing ovation.

People jumped to their feet. Yeah! This was their guy! Some even pumped their fists in the air.

And this was before they’d seen the film.

Then again, maybe that’s why they were cheering.

There are a couple of continuing criticisms of Michael Moore. One is that his films twist timelines and use hyperbole to say things that aren’t always strictly supported by the facts. Which is true. (Although, to be fair, he’s not making old-school documentaries — he’s making snarky opinion pieces).

The other slam is that Moore’s only preaching to the converted. Did 2004’s fiery “Fahrenheit 9/11,” which suggested the administration was complicit in Islamic extremism, derail Bush’s re-election? Did 2015’s gentler “Where to Invade Next,” which promoted democratic socialism, help Bernie Sanders win the 2016 Democratic nomination?

Which is the charge — along with the suspicion that Moore’s cinematic crusades are basically futile — that is a tougher criticism to answer.

But here’s the other thing about Michael Moore that, even as they’re cheering his attacks on conservatives, most liberals don’t get: He doesn’t like them, either.

Moore’s a genuine socialist — someone who’s railed against capitalism and “the profit motive” for years. In his eyes, upscale, moderate Democrats — you know, all those folks who bought tickets to his Broadway show — are almost as bad as right-wing tea-party Republicans.

Just look at “Fahrenheit 11/9” (the numbers refer to the day after the 2016 election).  It begins with Moore asking “Was it all a dream?” It then cuts to shots of Hillary Clinton rallies, and closeups of her beaming supporters. You could feel the memories – and the pain – wash over the first-night, predominantly liberal audience in Alice Tully Hall, as they gave themselves over to What Might Have Been.

Except Moore doesn’t share their uncritical nostalgia. And that became apparent as the film quickly went on to slam Bill Clinton as a crafty coward who fatally compromised the Democratic Party, and to accuse Hillary of being a war-monger and Wall Street tool. 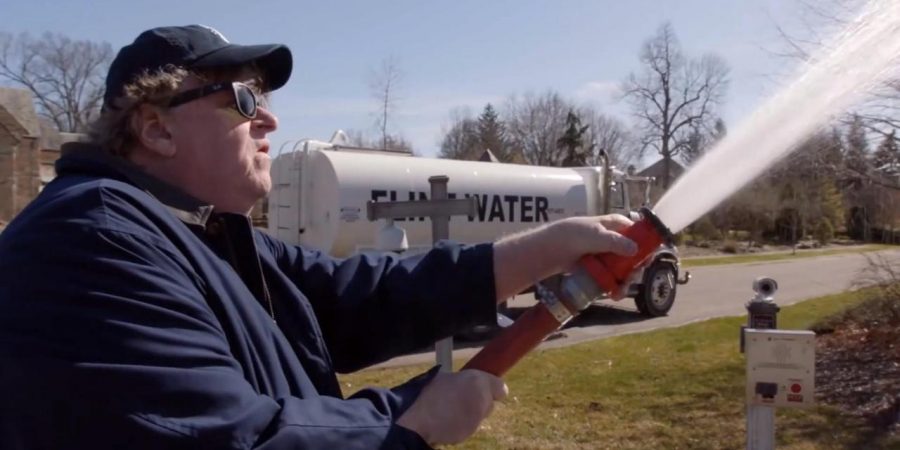 Just like that other grandstanding, duplicitous defender of the status quo – Barack Obama.

Oddly, no one leaped to their feet cheering during those scenes. In fact, the crowd — who’d been laughing at every anti-Trump jab — went oddly silent.

If they were surprised now, though, it’s only because they’ve never really been listening.

This is who Moore sincerely is, and always has been — a genuinely committed radical who sees any compromising politician as a traitor to the cause of real change.

True, in an election, right at the last moment, Moore usually seems to hold his nose and vote for the Democratic nominee. After all, even though he predicted her defeat, he did turn to Hillary eventually, after Bernie’s campaign collapsed. (Although in 2000, he remained a Ralph Nader guy to the end.)

But if you’re a typical Hillary fan, Moore probably isn’t a fan of yours — or your world. In his eyes, the New York Times is propaganda for the elite, meant to reinforce comfortable assumptions. Establishment Democrats like Chuck Schumer and Nancy Pelosi? Political panderers and shameless sellouts.

You may not necessarily always disagree with him — I can’t say I always do — but it still must come as a surprise to anyone who wanders into one of his movies innocently expecting an evening of NPR-approved, politely liberal politics. (“Leftwing propaganda,” I heard an older woman in sensible shoes mutter as she left the theater afterward.)

So yes, while it’s true that Michael Moore does preach to the choir, it’s not in a church that necessarily welcomes everyone. Although once you’re in, if you did look around, you might find an unusual parishioner or two in the back pews. You may even glimpse them in “Fahrenheit 11/9” as Moore begins to lay out some of his own political beliefs.

For example, Moore thinks NAFTA killed American jobs. He thinks blue-collar people are getting shafted, while Wall Street sleazeballs slide. He thinks our healthcare system only benefits insurance companies and Big Pharma. He thinks “the war on terror” is a failure.

And, he ruefully admits, once Bernie dropped out, there was only one other presidential candidate who agreed with him.

Of course, whether or not Trump truly believed in any of those populist promises, it’s hard to argue he kept them once he got elected. Instead, he concentrated on attacking immigration, giving tax breaks to corporations, rolling back environmental regulations, going after healthcare, weakening women’s rights and validating racism and homophobia — all the things that Moore can’t stand.

Moore knows even the mildest liberals can’t stand them either. And Moore needs those liberals on his side and, by extension, at the polls.

So, with another election coming up, it’s time for another Michael Moore film — and all that goes with it. Some truly clever filmmaking, with sharp editing, a flair for satire, and some silly stunts. Some fudged timelines and exaggerated assertions. Also a few flaky hypotheses — years later, Moore is still kinda sorta suggesting U.S. involvement in the World Trade Center attacks — that wouldn’t be out of place on InfoWars.

But mostly, it’s time for another two hours of preaching to the converted, and begging them all to stand up, and be counted, and pledge their help.

Except as much as Moore wants to win elections, Moore’s movies aren’t about softening the message to expand the base, they’re about amping it up to rally the hard-core. And they do it — brilliantly.

It’s just too bad the people he really needs to reach are the ones he obviously can’t stand.