In Defense of Lars von Trier’s Sick Sense of Humor

On "The Kingdom," "The Boss of It All" and the director's underrated ability to make us laugh

It’s a common enough faux pas: you’re at some manner of gathering where you don’t personally know everyone, and you crack a joke about incest or Kim Jong-il or kitten mortality rates that instantly sucks all the oxygen out of the room. Realizing that you have fatally miscalculated your audience’s sense of humor, you start a sweaty backpedal to prove that you are not a psychopath, privately cursing these people for whatever exemplary state of sunny mental health separates them from you. It’s just that most of us are fortunate enough to have done this on a date or at a party, and not in front of an international press corps documenting every word for ad nauseam repetition in years of news headlines that will ultimately come to define our career and life.

No such luck for Lars von Trier, whose infamous press conference for Melancholia at the Cannes Film Festival in 2011 was promptly immortalized with a matter-of-fact Hollywood Reporter bulletin titled “Lars von Trier Admits to Being a Nazi, Understanding Hitler.” (“Danish director Lars von Trier pulled a Mel Gibson in Cannes on Wednesday,” begins the article.) Asked about his conflicted heritage — at age 33, he learned with his mother’s dying breaths that his biological father was not Jewish secularist Ulf Trier, but a German named Fritz Michael Hartmann — he deadpanned that his identity has instilled in him a newfound sympathy for Adolf Hitler. “I think he did some wrong things, absolutely, but I can see him sitting in his bunker at the end,” von Trier chuckled. Perhaps noticing Kirsten Dunst’s horrified expression, he then qualified his statements with assurances that he’s not an anti-Semite, though he also punctuated them with a diss to director Susanne Bier and an aside that Israel is a “pain in the ass” before musing “now, how can I get out of this sentence?” For his insolence, he would be banned from Cannes for one year, which he’d make light of with his “Persona Non Grata” T-shirt worn to the premiere of Nymphomaniac at the 2014 Berlinale.

It feels broadly correct to say a less public version of this happens to everyone, but the whole point is that it doesn’t, that some people make the wisecracks polite society considers off-putting and some affirm that by being put off. As a Jew, I find the Hitler bit funny enough, at least as funny as 30 Rock’s Liz Lemon describing her sudden popularity on set by saying “Around here, I usually feel like Hitler, but today, I feel like Hitler in Germany!” And in the same respect that Nazi humor is a native dialect of solidarity for the Jewish people, the assortment of sick jollies in von Trier’s filmography attract similarly sick personalities to commiserate through their misery. In harmony with the sadism for which he’s earned the reputation of arthouse bad boy, comedy has been an essential part of his polarizing project to wrestle his depression into submission. In driving some people away, simpatico minds are drawn in closer. If pearl-clutchers aren’t in on the joke, that creates a deeper kinship between those who are, a powerful motivator for a man at constant battle with his own loneliness.

The third season of von Trier’s lone TV series The Kingdom, subtitled Exodus and currently rolling out on MUBI week-by-week, puts this alienation instinct into more legible terms by embracing the familiar format of the sitcom. As if gathering its malevolent powers since the last installments in the mid-‘90s, the long-dormant Exodus returns to the neurosurgery ward at the Rigethospitalet, a Danish hospital located atop a swamp of bleach pumping torrents of ambient evil into the building above. A bilious stew of senselessness, fear and torment steeped in abstraction (featuring Udo Kier as a giant talking head hidden in the basement!) nonetheless takes the shape of television as we know it, adhering faithfully to the A-B-C plotting of the workplace comedies ubiquitous on the European airwaves. From within a haze of depravity and death, the episodic structure allows for running gags and funny-first set pieces that appear like friends in a hostile foreign country. Alexander Skarsgård plays a lawyer who works out of a toilet stall. Beneath the fetid formaldehyde surface, it wants to be liked.

“If people do not laugh, it’s not comedy,” von Trier told The Guardian in 2006, talking about his office culture send-up The Boss of It All. “But we never went for this big ha-ha-ha, we went for a smaller ha-ha-ha.” Little-seen and hard to find, that seemingly minor work unlocks the inner workings of The Kingdom, a spiritual cousin in its relatively light-handed depiction of the professional environment as a hotbed of idiocy and craven buck-passing. The Boss of It All is probably the closest thing von Trier has made to a “normal” movie, his heedless mashing of taboo hot buttons softened to heavy-duty cringe à la the British Office. A spineless manager desperate to be liked by his employees invents a scapegoat boss to absorb all their resentments, then panic-hires a boob of an actor to play the role once the ruse threatens to fall apart. While holding fast to his trademark misanthropy, von Trier focuses on excruciations of etiquette instead of physical punishments or graphic sexuality, implicitly giving a wider swath of viewers room to access its petty annoyances. When the faux head honcho disastrously bluffs his way through a presentation, he wears the same moron’s poker face assumed by Steve Carell as Michael Scott.

Von Trier himself occasionally pops by to deliver auto-critical voiceover narrative that wryly negs specific aspects of the film, in particular his own tendency to butt in. His deprecating self-insertion and staunch refusal to take his own persona seriously — he threw the “von” into his own name because he thought it sounded good, like Josef von Sternberg or Erich von Stroheim — have contributed to his image as a naughty ankle-biter, though his impishness always has deeper founding in neurosis rather than narcissism. In “Occupations,” von Trier’s segment contributed to the omnibus picture To Each His Own Cinema, he imagines a boorish businessman running his mouth about his work during a festival screening until he asks the perturbed “Lars” what he does. “I kill,” he says simply, before bashing the man’s skull in to the objection of no one. In addition to cheekily portraying Satan in Exodus, von Trier drops in to break the fourth wall for each episode’s coda of ironic commentary — except now, he delivers it from behind a curtain instead of face-forward as in the first two seasons. It’s a telling choice, reframing his constant piss-taking as defense mechanism; so long as he’s presenting the character of the enfant terrible the public loves to scold, his real vulnerability can stay hidden. 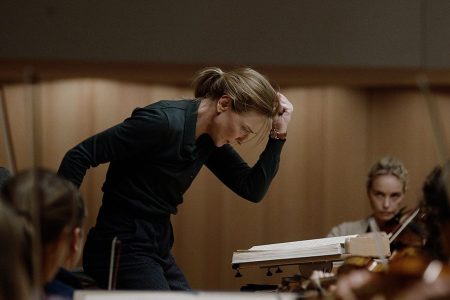 “TÁR” Is the First Movie to Really Get Cancel Culture Right

Director Todd Field's film is the first nuanced, non-embarrassing take on the issue

The films that most aggressively play to von Trier’s notoriety carry out this scrambling of distraction and soft-bellied confession with a greater opacity, embedding their passages of perverse levity in forbidding thickets of provocation. The House That Jack Built doesn’t supply such perceptible cues toward tone, leaving a queasy unease over the knee-jerk reaction to laugh at the serial killer protagonist’s antics. A grisly, joyless murder segues into an obsessive-compulsive crime scene cleanup shown in sped-up motion right out of Looney Tunes, a demented dissonance apparently irreconcilable to the critics who stormed out of the film’s Cannes premiere. The “Whoring Bed” showstopper from Nymphomaniac — Uma Thurman brings her children to watch her excoriate her cheating husband and the jailbait he left her for — underscores the line between discomfort and comedy, a shattered woman’s breakdown crescendoing into an over-the-top opera of screaming. Without any soundtrack pointing toward compassion or amusement, the viewer has only their own taste to guide them. Experience with the intensity of pain that melts into nothing-matters delirium is just the cost of admission to an inside joke between the unwell.

Perhaps the least-defensible entry in von Trier’s catalogue, the lo-fi Dogme 95 experiment The Idiots also affords the clearest glimpse into the comic sensibility belying his tortured, yearning psyche. A group of friends rebel against society (or something) by pretending to be developmentally disabled, an act ignorant in practice yet poignant as metaphor. Maladjusted adults find common ground in the pleasure of bothering the unbothered, seeking community as a refuge from the deficiencies of their individual lives. But as made clear in the final scene, in which one of these pranksters must go home and confront the unspeakable trauma she’d tried to leave behind, there’s no kidding away the hurt. Over the next 20-plus years of movies, von Trier’s dogged pursuit of inner fulfillment never ended, though his Parkinson’s diagnosis may put a premature stop to it. If that’s the case, Exodus makes for a blithe, glorious sendoff, showing the master sufferer in a looser and more convivial mode. His gallows goofs on cadaver abuse and other silly atrocities don’t have to disrupt his search for meaning or connection, instead marrying the two in an unholy union of delightful bad taste. Despite what the knuckle tats spelling “FUCK” might suggest, it’s never just a bit with him. 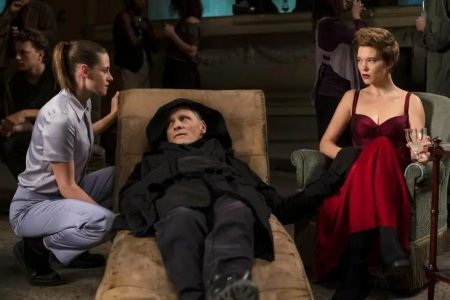 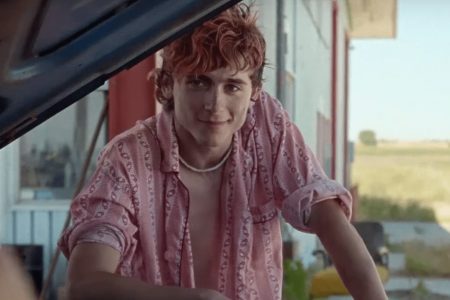 “Bones and All” Is Too Hungry to Be a Generational Touchstone