Welcome to Speed Golf, A Sport for Maniacs Who Also Golf

I spent a round with the fellows who recently founded the LA chapter. They finished in 77 minutes.

Speedgolfers use the course in the wee hours of morning, before it is open to other players
Courtney Kocak
By Courtney Kocak @courtneykocak

If there are two types of people in the world, I’m Type B — at least by Garlin Smith’s definition. Unlike Garlin, I did not wake up perky and ready for a round of speed golf at 4:30 a.m. In fact, I had to use the same strategy I do to catch a morning flight — I just didn’t go to bed. I stayed up as late as I could before I absolutely had to close my eyes, then nodded off for about an hour until a quick succession of alarms bolted me awake in a panic. I drove my bleary-eyed ass to Chester Washington Golf Course wondering, What the hell is wrong with these people? This is going to ruin my entire day.

When I pull into the lot at 5:15, it’s still dark, but there are seven maniacs waiting for me, wide-awake, stretching and shooting the shit. The golf course doesn’t officially open until 6 a.m. At first, it’s just us, a skunk, a few squirrels and a groundskeeper named Chuck.

Garlin, the founder and “Chief Evangelist Officer” of Speedgolf SoCal, can’t play today because he sprained his ankle two days earlier. He is, regardless, an attentive captain to his squad of “unicorn, hybrid athletes,” making sure everyone has checked in while troubleshooting golf balls with electrical issues. And there’s a small silver lining to his injury: It makes him available to drive me around in a golf cart and provide commentary without worrying about running and golfing at the same time — which is probably too many things to juggle at once, even for a hyper-efficient multitasker like Garlin.

The sky turns a lighter shade of black as the next three guys tee off, though their initial strokes aren’t much better. This trio consists of James Jackson, Eric Johnson and Jimmy Johnson. Most of the SoCal speed golf members have known each other for years. Many are longtime friends or have trained together as athletes. Eric and Jimmy are father and son.

Both groups slowly warm up and get better as they go. My body takes its sweet time to wake up as I watch them.

Seven years ago, Garlin was watching the Masters on CBS and saw a segment on a speed golf tournament in Oregon. “And it was these guys that looked like gazelles — I mean, these tall, lean guys, running down a golf course with these small golf bags,” Garlin tells me. He couldn’t believe their scores at the end. One of the speed golfers interviewed shot something like a 74 in 45 minutes — a great score, especially considering that a full round of golf (18 holes) typically takes four or five hours.

Garlin was immediately drawn to speed golf because it combined two disparate, seemingly unrelated passions of his. A big part of the allure for Garlin is speed golf’s efficiency, playing golf at four or five times its usual pace, which seems to be his proudest productivity hack.

After seeing speed golf on TV, Garlin started searching for a local chapter but didn’t find one, so he went out by himself for the first time.

“I went to a couple of courses and asked, ‘Hey, can I come out and play speed golf?’ They’re like, ‘I don’t know what you’re talking about.’ So I’d say, ‘Let me just be the first one out tomorrow morning.’”

He was instantly hooked and began inviting friends to join him. Soon after, Speedgolf SoCal was officially born. There are other groups around the world, in places like Japan and the U.K., while chapters nearby, like one in Palm Springs, are also popping up.

There are, though, only about 20 speed golfers carrying the torch for the L.A. metro. Every Tuesday and Thursday, dark and early from April through October, they convene at the Chester Washington Golf Course in South LA, where the 105 meets Western Avenue. They used to play at some other spots, too, but COVID’s made everything trickier than it used to be.

According to Garlin, there are only upsides for courses willing to allow speed golfers. His members pay reduced rates ($20 vs. $37 during peak times), but he estimates they add an extra $5,000 in incremental revenue during a summer, while playing at an hour — out of necessity, so as not to get stuck behind other foursomes — when the course would otherwise go unused.

The moon is still out when we hit the ninth hole. Garlin is in the middle of a fitness-obsessed diatribe — “I mean, I have a lot of friends much younger than me in much worse shape, but they’re always like, ‘How do you stay in shape?’ and I’m like, ‘Just keep moving!’” — as Jason runs up, drenched in sweat.

“What’s that ball over there by the guy taking a nap? I think I knocked the guy out. I shanked it.”

Jason throws his body against the golf cart and moans, “Oh my God!” as his sweat sprays Garlin and me.

“How ya feelin’?” I say, as I wipe the droplets off the side of my arm.

“Tired, my body, you know, just — these aren’t muscles I usually use, like I ride the Peloton a lot, so it’s not like running muscles,” Jason explains through some heavy panting. “So after I do this, I usually, like … my hips and back and just everything just … killing me.”

“Is there ever a good hurt?” Jason retorts.

Garlin nods eagerly, and we all laugh.

But Garlin’s not your average animal. Garlin’s a Type A animal trying to maximize his day before heading into his ad sales job where he rocks a mean spreadsheet. In fact, he gets a kick out of ruining golf for his Type B buddies — either by trying to roust them out of bed before first light or making their wives question what’s taking them so long on the course.

“I think my friends are like, ‘What are you doing? You’re taking away our hall pass,’” Garlin says. “Their wives are like, ‘How the hell is Garlin staying in shape, playing fricking golf and Kristen says he’s home by like 7 a.m.? You’re telling me golf takes eight hours, and you’re overweight and always come home smelling like liquor and cigars.’”

Garlin says golf is addictive because there’s an ideal score. “You’re always pursuing this perfection, you know what I mean?”

After watching my dad and uncle’s relationship with the game throughout my childhood, I’d say that’s true. But the beauty of speed golf is that there isn’t time for overthinking. Golf tends to be a mental game, but speed golf takes players out of their heads. Plus, the stop-start aspect gives speed golf the HIIT workout effect. And they’re getting a four- to five-and-a-half-mile run, depending on how straight they hit the ball.

It’s hard to pencil in a scorecard while running around a course carrying a kid-sized golf bag, so normally, the players have to keep score in their heads or take a rather Type B approach and just … not keep score. But Garlin has a special system: beads on a string. If he makes a bogey, he pulls one down, etc., so at the end of the round, he knows how many he was over or under.

On the back nine, I get to meet a regular golfer, whom Garlin greets as “Big Mike,” as our group is allowed to play through. I can tell right away Big Mike calls it like he sees it.

“What do you think of this speed golf stuff?” I ask him.

“I think it’s like when I was in the service,” he says. “It was called military intelligence — that’s an oxymoron. Now mind you, I gave ’em 30 years of my freaking life, and I love ’em to death — stars and bars forever — but goddammit, it’s crazy as hell.”

I have to agree with Big Mike. It’s not even 7 a.m. Most people haven’t even had their first cup of coffee as Garlin whips the cart around toward the 18th hole. “Then all the fun will be over,” he says wistfully.

The first group finishes their full round in a tidy 77 minutes. After being on the course as the sky has transformed from night to day, I’m exhausted but happy. Yes, my workday is ruined, and my fingertips are frozen, but I get the allure. The morning air in L.A. feels cleaner than usual. There’s a serenity on the course that is hard to find in a big city with expensive real estate. It’s so peaceful it makes you kind of giddy.

“It’s a good start to the day,” Jason says with a smile. But perhaps one that requires recovery. As we return to the clubhouse, he admits: “I’m ready for a nap.” 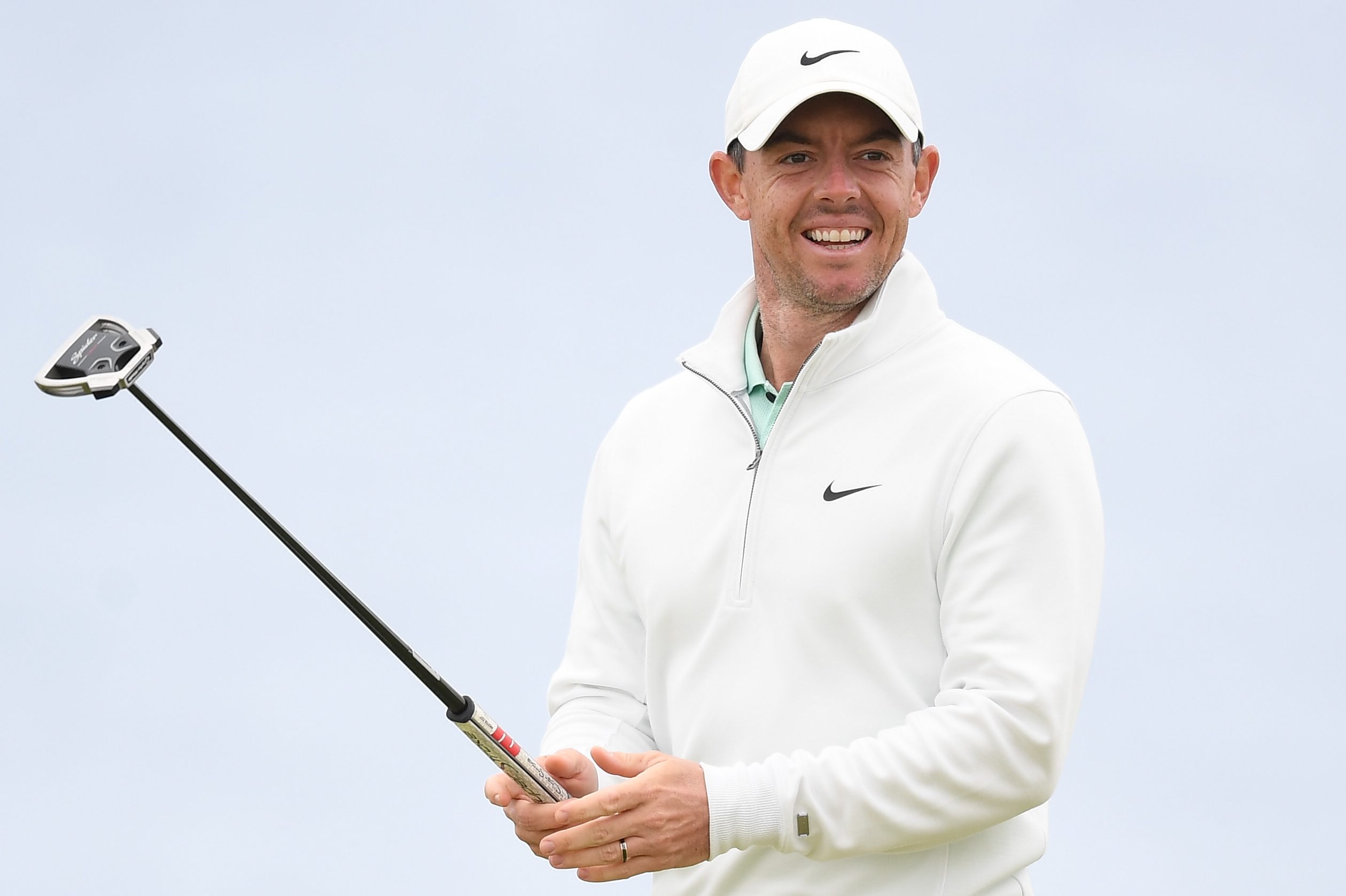 How Rory McIlroy Feels About Olympic Golf, the Power of Fans and the Brooks-Bryson Feud 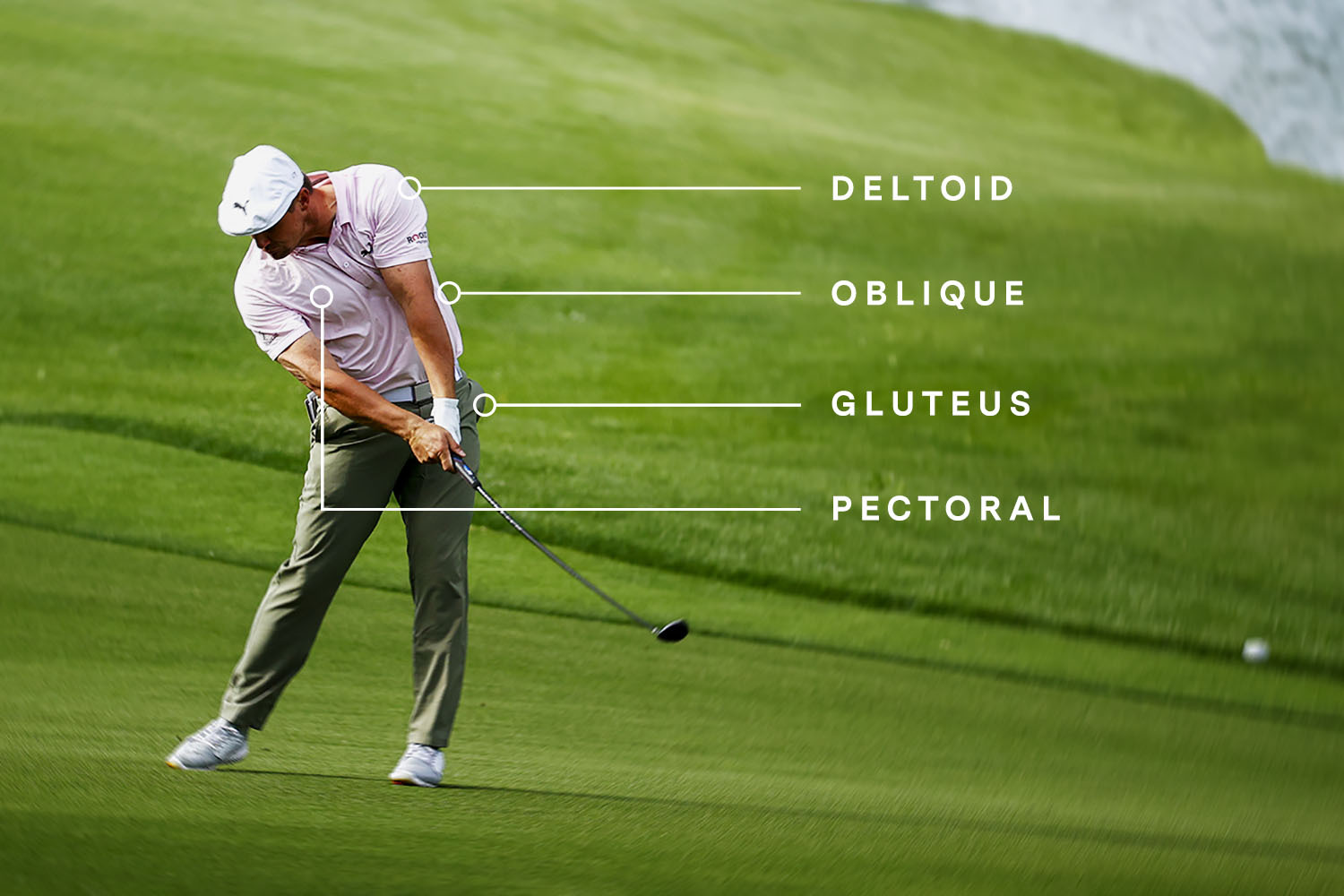 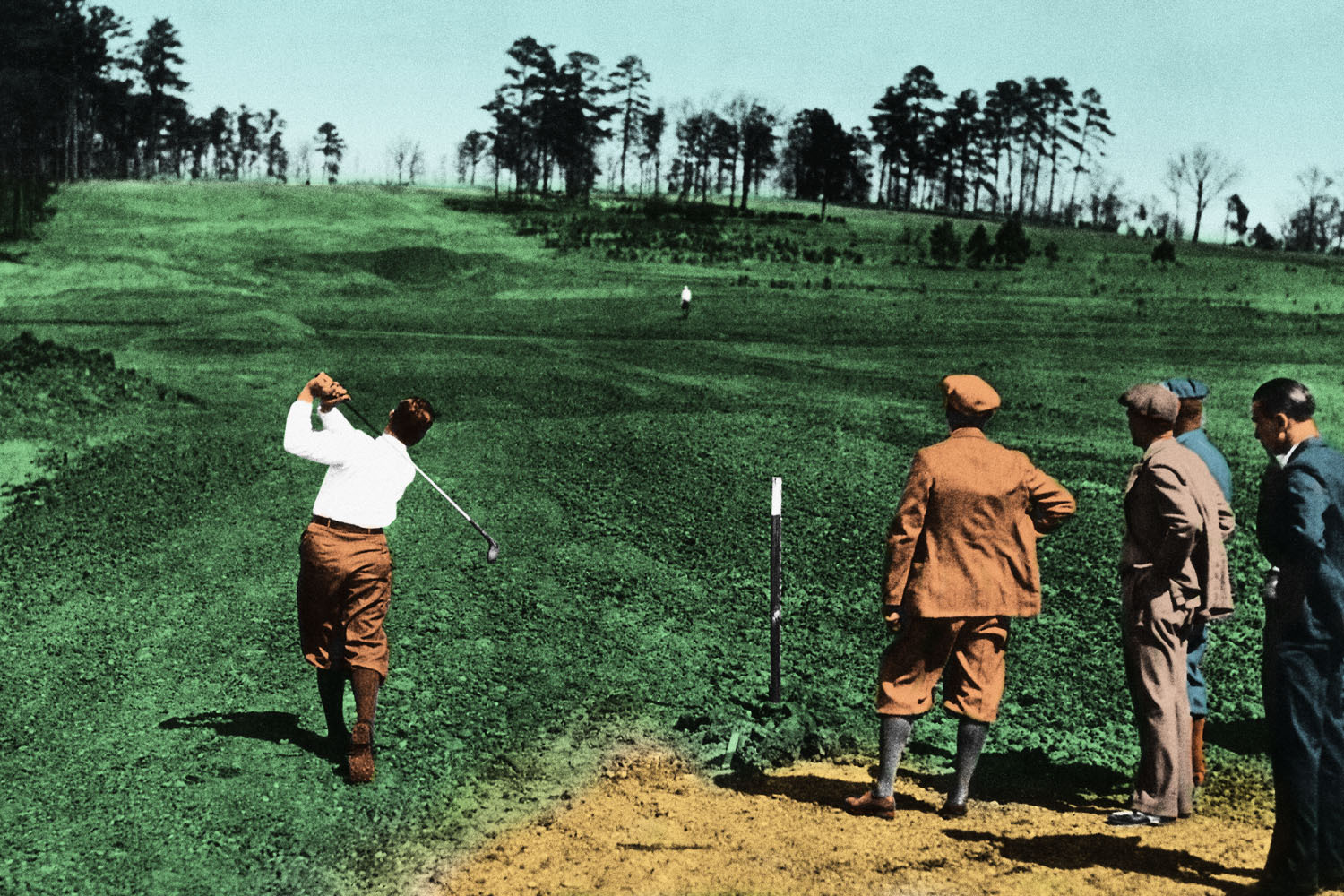