These 100-Year-Old Rugs Will Really Tie Your Room Together

Welcome to The Collectors, a series in which we profile the men behind some of the country’s most impressive private collections and reveal how you, too, can become an aficionado.

They peed on The Dude’s f*cking rug. And it’s a good thing they did.

Because if they hadn’t, most men probably never would’ve given much thought to that particular furnishing item. It’s something you walk on. Why put too much thought into it, amiright?

Not so for photographer Mikael Kennedy. He collects rare rugs with back-stories as intricately woven as the threads that comprise them. And he sells them, too, through his website, King Kennedy Rugs.

“I deal so that I can also buy for me,” Mikael Kennedy says. “I’m like Biggie: I get high on my own supply.”

By day, Kennedy is a fashion photographer who shoots for brands like Club Monaco and Burton. He also makes fine art. While on a shoot a few years back, he saw a Caucasus prayer rug from the 1890s and bought it because he like the imprint where someone had oft knelt to pray.  “That was mind blowing,” he says. “That textile is a representation of the human experience.”

But it’s not all about the history.

When Kennedy buys a rug, he first looks for textures, colors and patterns, much as he would when approaching a photographic subject. “It drives my wife nuts,” he says, speaking of his tendency to switch out the rugs in their house like a gallerist does paintings. There are 15-20 rugs currently in storage at their home (i.e., not including those on the floor), and more than 35 more at his Eagle Rock studio, where he sprawls them across the floor. 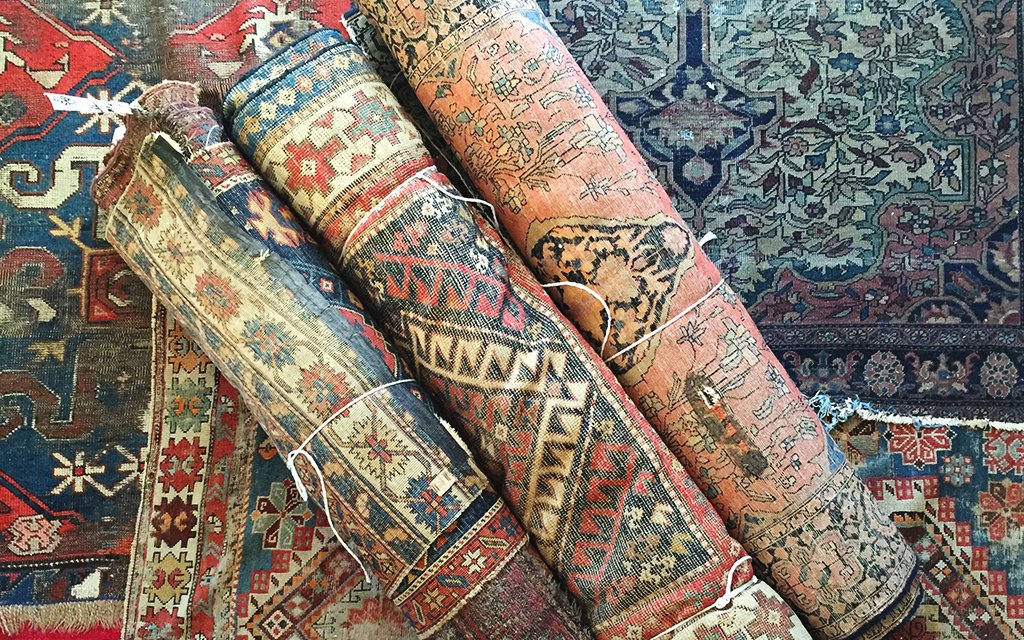 You remove your shoes when you enter, naturally.

Persian rugs. Navajo blankets. Piles. Flat weaves. Prayer rugs. All on vivid display thanks to the the rows of fluorescent bulbs he has hung overhead (he is a photographer, after all — the man knows good lighting).

When he moved to L.A. four years ago from New York, Kennedy quickly realized he was in a great region for rug shopping. “The Southwest has all of the great vintage finds because of the climate,” he says. “It’s hot and dry, and that’s great for preserving materials.” Shortly thereafter, he began selling the ones he didn’t keep out of a remodeled Ford Mustang, itself reupholstered in Persian rugs. 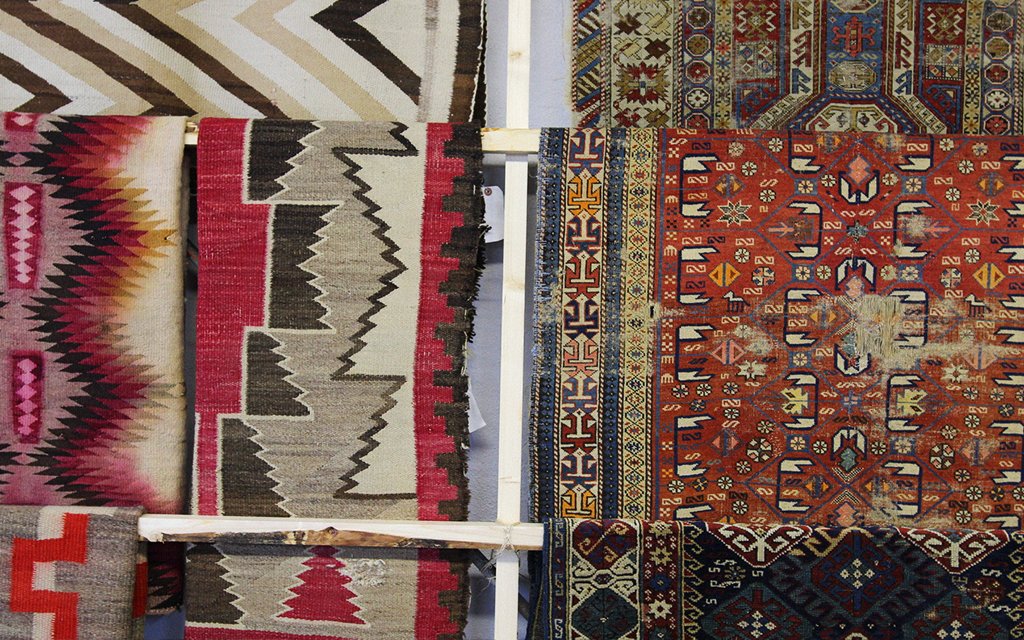 The Navajo blankets are his latest purchases, and include a Chief’s Blanket, a truly rare find from the 1890s. A standard Navajo blanket is about 3×5’, but the chief’s blanket is 5×6’. It’s still thick, and like most Navajo blankets, the patterns connect when you wrap yourself in it. They make for great floor cover or wall art. Another favorite: the prayer rug he and his wife stood on during their wedding. He often gives rugs like this one as wedding gifts to his friends.

Kennedy acknowledges that there’s a fine line between collector and hoarder, so he has some rules to keep his collecting in check.

The question, then, is how does one come across the unusual?

Kennedy told us he questions a shop owner until the owner realizes he’s “talking the talk.” Then he’s escorted to the back, where most owners store stuff reserved for collectors. Do this often enough, he tells us, and vendors will come to you with rugs, rather than vice versa.

Our $.02, though? Just visit Kennedy’s online store and see what he’s got in stock.

No matter what you pick, we can almost guarantee it’ll really tie your room together. 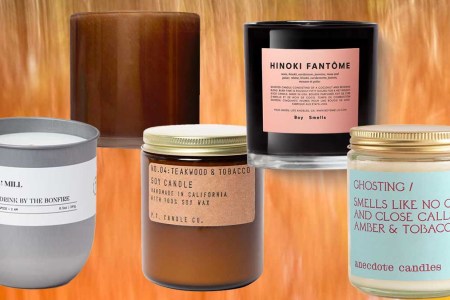 Embrace Spooky Season With the 8 Best Fall Candles for 2022