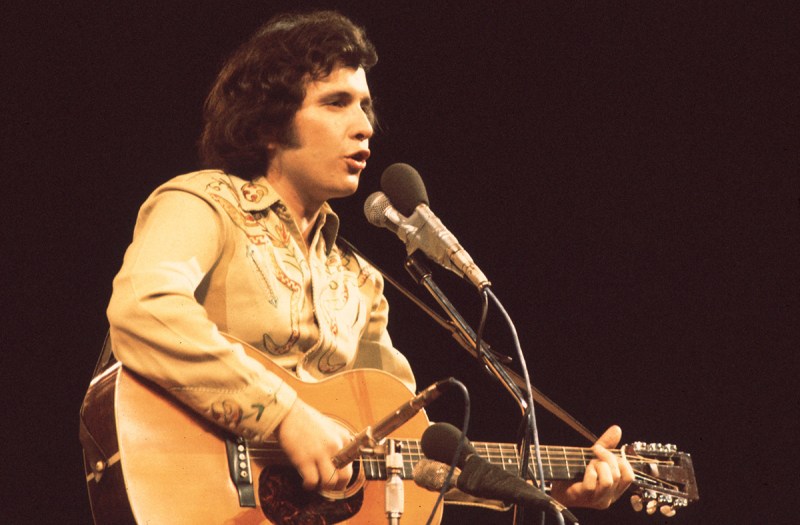 If you grew up in Saratoga Springs, New York, like this writer did, you’d find yourself—most likely right around the age of 21—on the basement level of Caroline Street haunt the Tin and Lint. One of the last remaining dive bars in the über-gentrified upstate town, the “T and L,” as it’s lovingly known to locals, always smells of last night’s bar tab, has seen its share of dust-ups with out-of-towners, and features one-of-a-kind, dimly lit booths along the wall, where you can find old friends knocking a few back and catching up on old times.

It was near one such booth that a small plaque sat for many years, honoring the fact that right there, eons ago, musician Don McLean had been struck with a lightning bolt of inspiration and was compelled to pen one of the greatest folk songs of all time, “American Pie.” A No. 1 hit in 1971, “Pie” tells a winding, pop-culture-reference-filled story of “the day the music died,” or February 3, 1959, when a plane carrying early rock legends Buddy Holly, Ritchie Valens, and The Big Bopper crashed in Iowa, killing them all.

But back to that booth for a minute. It was a genuinely magical spot: sitting there was the equivalent to getting bar mitzvahed. And then in 2011, years after this writer had moved out of town, local paper The Glens Falls Post Star ruined it for everybody.

It had been believed that McLean, the artist-in-residence at local Saratoga folkie venue Caffe Lena, had stopped by the T and L on the way home from a gig, hit the bottle a little too hard, and scrawled the guts of the famous song on a bunch of bar napkins. But in an article entitled “Bye, Bye Local Legend: Don McLean Refutes Tale of Song’s Origin,” the Post Star got McLean on the record saying, “Was the song written in Saratoga Springs? The answer is no. The song was written in Philadelphia, Pennsylvania.” In fact, he’d debuted the song at Temple University, not Caffe Lena.

Then in October 2016, Music Aficionado interviewed McLean about the song’s origins again and yet more background/intrigue emerged. Apparently, McLean had done research on Buddy Holly for the song at the New York Public Library. He had also met the Everly Brothers at the Newport Folk Festival in 1969 and talked about Holly, adding more fuel to his fire. He once again referred to debuting the song as the opening act to Laura Nyro at Temple. But nowhere does he mention his Saratoga or Caffe Lena roots. It’s as if that whole period of his life were whitewashed away.

The final nail in the coffin of Saratoga lore came in 2015, when the song’s working manuscript hit the auction block at Christie’s, selling for a staggering $1.2 million. Per the lot description, it had all been worked out on blue ruled spiral paper—not a bunch of beer-stained napkins. And the writing had taken place in not only Philadelphia, but also Cold Spring, New York. Again, zero mention of Saratoga. (Watch Reuters’ original report on the lyrics here.)

If this writer at all sounds bitter or skeptical about this sudden turn of events, you might be on to something. But then again, you might also have a kernel of doubt about whether or not McLean’s memory has held up over the years. Some claim the song borrows heavily from his hometown of New Rochelle, New York. Or maybe Philly and/or New York City just sounded cooler than Saratoga. (Hell, there’s a Saratoga in California, too.)

But in the end, it’s McLean’s story to tell, and unfortunately, Saratoga didn’t make the final draft.

Read Music Aficionado‘s full interview on “American Pie” with McLean here. Listen to the song below. —Will Levith for RealClearLife