St. Patrick’s Day: The Holiday That Isn’t Irish, Based on a Man Who Wasn’t a Saint 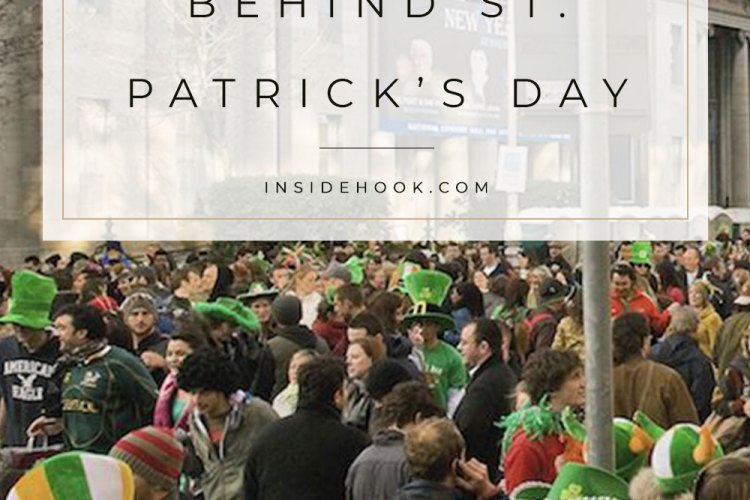 Few holidays are more fun than St. Patrick’s Day—but perhaps none are less understood. Before celebrating this year, let’s run through the misconceptions. (You might want to grab a pint, because there are a bunch of them.)

Saint Patrick wasn’t Irish. St. Patrick was Scottish. Or possibly Welsh. What we do know is he only arrived in Ireland only because raiders brought him by force.

Saint Patrick wasn’t a Saint. That assertion isn’t to question his character, rather an acknowledgement that he’s never been officially canonized by the Catholic Church. (And let’s not even get started on the whole snake thing, since that has far more to do with geography than with Patrick.)

St. Patrick’s Day wasn’t originally Irish. The first recorded celebration of March 17 was among Irish-Americans in Boston in 1737. Ireland didn’t turn the date into a public holiday until 1904.

Even once Ireland acknowledged St. Patrick’s, they didn’t “celebrate” it. Indeed, until the 1960s, pubs were closed in Ireland on St. Pat’s.

Most of the stuff we associate with St. Pat’s isn’t Irish. Corned beef and cabbage? No and no. Historically, cattle in Ireland were too valuable as sources of milk and labor to be killed. (Pigs were the animal normally reserved for the menu.) Indeed, corned beef’s rise in popularity can be attributed largely to Irish and Jewish immigrants in America settling together and the former discovering the latter had delicious brisket they turned into corned beef. The Irish added cabbage and potatoes to the pot and thus a St. Pat’s tradition was born.

In short: A truly traditional Irish St. Pat’s Day would probably be more like a mass followed by some bacon than the bacchanal celebrated today.

Of course, St. Pat’s has now been embraced in the form enjoyed all across the globe (including in Ireland itself). It’s best not to think of it as a celebration of being Irish so much as a tribute to what it means to be an immigrant: you keep some stuff from where you left, mix in some stuff from your new home, and wind up with something that reflects both cultures but becomes its own thing entirely.

What's So Special About Carrot-Fed Beef?

The 25 Best Walk-Up Songs in Baseball History
The First Genesis SUV Is a Warning Shot to Other Luxury Haulers
Why Do So Many Men With Big Penises Think They Have Small Ones?
Suddenly ’70s: The New Retro Influence Set to Dominate Popular Music
What's So Special About Carrot-Fed Beef?
Nobody Could Burn a Bridge Like Ernest Hemingway

Products of the Week: An Exclusive Le Creuset Color, South Park "Towelie" Sneakers and Away Travel Essentials
Rock Photographer Greg Gaar Reflects on the Many Lives of San Francisco
How Chicago's Catch Co. Is Cashing in on the Millennial Fishing Boom
Now More Than Ever, President Dwayne “The Rock” Johnson?
10 Extremely Specific Recs for the Craft Beer Library of Your Dreams
You’ll Never Want To Leave Your House With These Elevated Slippers
Take 30% Off Full-Price Styles at J.Crew
Take 25% Off Select Styles at Abercrombie
From 649 to 714 and Beyond: Which Persol Model Is Right for You?

Nobody Could Burn a Bridge Like Ernest Hemingway
Remembering the Odd Couple That Created "A Tradition Unlike Any Other"
One Year Since His Death, There’s Never Been a Better Time to Buy John Prine Records
Reddit Users Explain Why Jerry Seinfeld’s Apartment Building Literally Could Not Exist