This necklace is thought to have formed part of the collection of Empress Catherine I of Russia, second wife of Peter the Great (Daniel Leal-Olivas/AFP/Getty Images)
By Will Levith 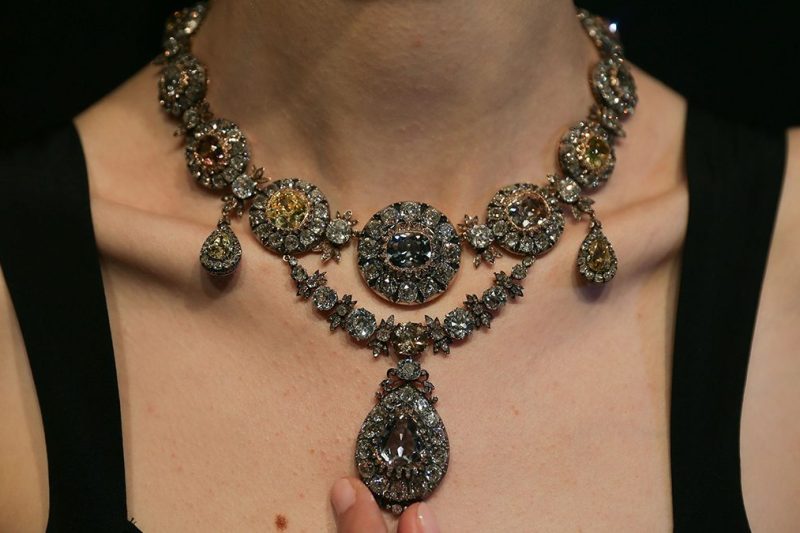 This necklace is thought to have formed part of the collection of Empress Catherine I of Russia, second wife of Peter the Great (Daniel Leal-Olivas/AFP/Getty Images)

Sotheby’s outpost in Geneva, Switzerland, is set to auction off two rare and prestigious diamond necklaces with connections to the imperial Russian rulers Peter the Great and Catherine the Great. The pieces will go under the hammer at the “Magnificent Jewels and Noble Jewels” sale to be held by Sotheby’s on Nov. 16.

The two historic jewelry pieces include a diamond necklace linked to the Empress Catherine II, also known as Catherine the Great; and a diamond parure (or set of matching jewelry) thought to contain stones offered by Catherine I, the wife of Peter the Great, to Sultan Ahmed III.

The first of the two lots is a diamond necklace that was commissioned by Empress Catherine II and originally designed as two separate pieces before being adapted in the late 18th century. The necklace was stored in the strongroom of the Kremlin during World War I. This historical piece is estimated to fetch between $3 million and $5 million. 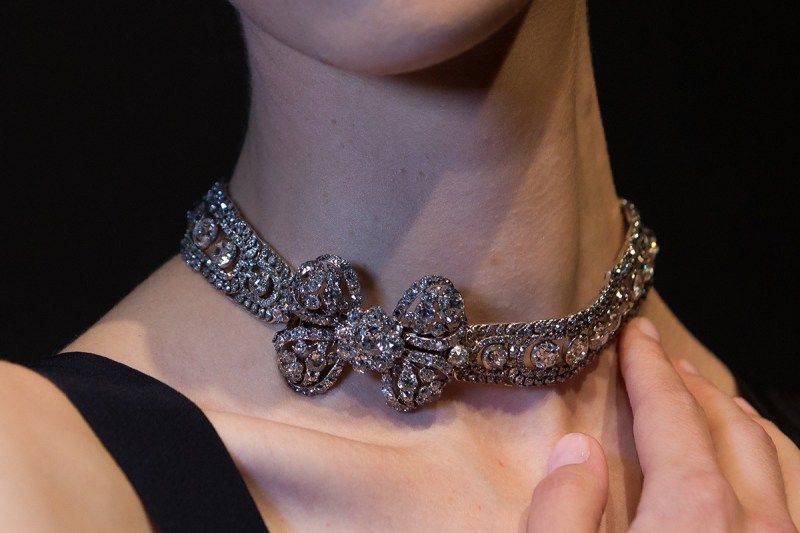 This necklace is thought to have been commissioned as one of two separate pieces by Empress Catherine II, known as Catherine the Great (Daniel Leal-Olivas/AFP/Getty Images)

Collectors will also be keen to acquire the second lot, presented as “one of the most important parures of antique jewels to appear at auction in the last 50 years.” Comprised of a necklace, earrings, and a brooch dating from the 19th century, it is thought to be made of gems offered by Catherine I to Sultan Ahmed III to end the siege of Pruth during the Russo-Ottoman War in 1711. The piece has also been valued between $3 million and $5 million.

“Magnificent Jewels & Noble Jewels” takes place at Sotheby’s Geneva on Nov. 16 at Hôtel Beau-Rivage. To browse the rest of the lots, click here.