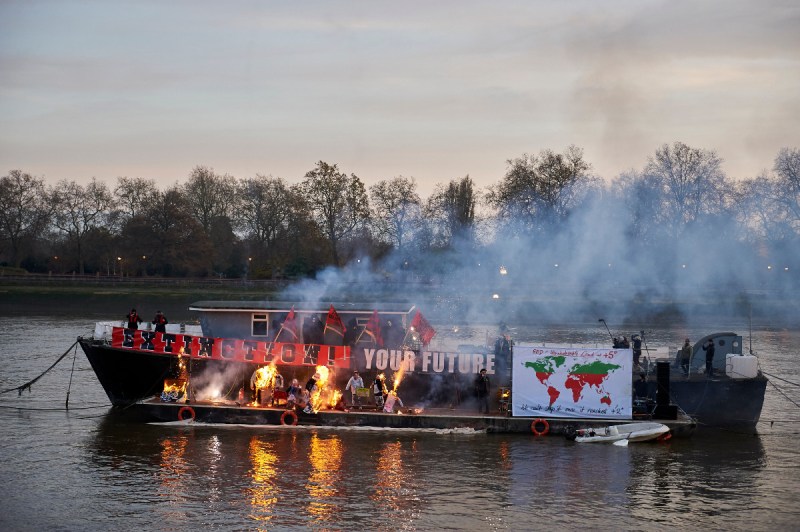 Son of Vivienne Westwood and Sex Pistols creator Malcolm McLaren, Joe Corré, burns his collection of punk memorabilia on a boat moored on the river Thames next to Chelsea Embankment in London (Niklas Halle’n/AFP/Getty Images)

Joe Corré, the son of Sex Pistols manager Malcolm McLaren and fashion designer Vivienne Westwood, set fire to his collection of punk rock memorabilia on Nov. 26. Corré valued his collection, which he burned on the Thames on a rented barge, at $6.25 million.

Corré, who founded the lingerie brand Agent Provocateur, timed this stunt to protest Punk London, a yearlong retrospective—including concerts, exhibitions and films—of punk rock in the U.K. that syncs up with the 40th anniversary of The Ramones’ first British performance. The event was sponsored by BFI, the British Library, and the Museum of London, which rankled Corré immensely.

“The Queen giving 2016, the Year of Punk, her official blessing is the most frightening thing I’ve ever heard,” Corré said in a press release. “Rather than a movement for change, punk has become like a f—ing museum piece or a tribute act.” 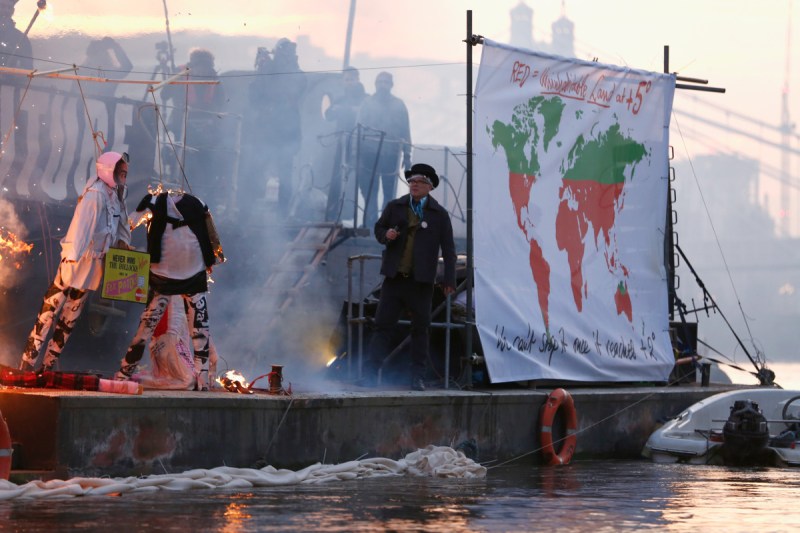 While Corré claims to have burnt Sex Pistols acetate recordings and a pair of Johnny Rotten’s bondage pants, among other things, he didn’t release any official manifest of the items burned, leading the Observer‘s Tim Sommer to question the value of his collection. Business Insider‘s Jim Edwards was also highly critical of the stunt, noting that Corré originally financed Agent Provocateur with the sale of punk memorabilia, making his stunt all the more hypocritical.

“This is history,” Edwards writes. “Punk’s influence on Western culture has been massive. It is worth understanding where it came from. People should be able to see its founding documents and holy artifacts.” He goes on to call Corré’s stunt “the reprehensible act of a millionaire whose most significant achievement was choosing parents who were also millionaires.” 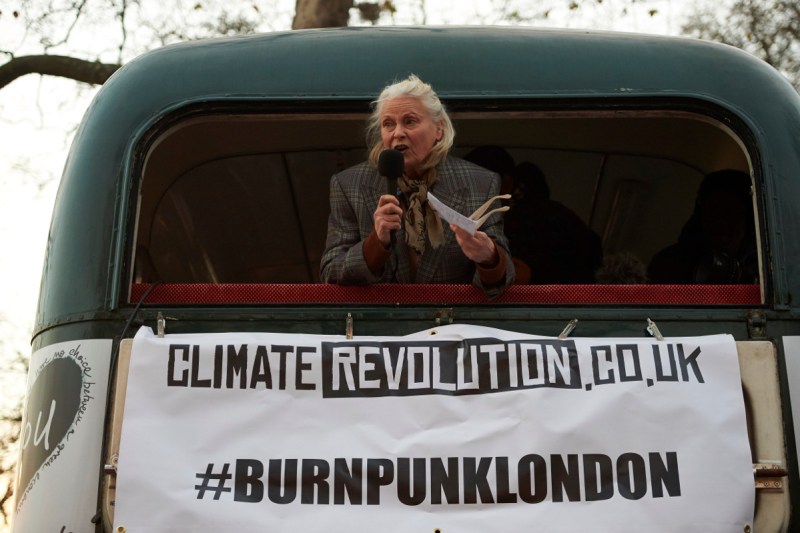 British fashion designer Vivienne Westwood addresses a crowd next to Chelsea Embankment who had gathered to witness her son, Joe Corré, burn his collection of punk memorabilia on a boat moored on the river Thames in London (Niklas Halle’n/AFP/Getty Images)

The legacy of Corré’s father, the late Malcolm McLaren, is also a factor here. The Sex Pistols themselves, most notably John Lydon (a.k.a. Johnny Rotten), accused McLaren of theft and exploitation while he was their manager, and portions of Lydon’s book No Irish, No Blacks, No Dogs paint McLaren as a shameless publicity hound whose goal was to commercialize punk rock at any cost.

In fact, Corré’s own stunt references one of his father’s more famous ones: During the Queen’s Silver Jubilee in June 1977, McLaren had his band crash the celebration on a boat on the Thames, which ended with multiple arrests. Check out some grainy footage below.

When asked for comment, the Pistols’ Lydon lashed out at Corré with his customary venom; according to NME, he called Corré a “selfish f—ing lingerie expert” and asked reporters “if you’re going to destroy £5 million worth of anything, isn’t it better to sell it and give the money to charity?”

For photos of some of the clothing burnt by Corré, check out Vice‘s listing here.

First Drive: The 2022 BMW X3 M40i Proves the M Division Is Inescapable
Traveling With Your Dog? Here’s What You Need to Know in 2022.
Why Your New Year’s Resolution Already Failed
The 5 Biggest Takeaways From Milan's Fashion Week
I Idled in an Electric Car for 12 Hours in the Freezing Cold to See What Would Happen
"Trainspotting" is even better 25 years later
Rooftop Tents Are Suddenly Cool. You Still Shouldn't Buy One.
Review: WhistlePig Just Launched a Booze-Free Aged Rye
J.Crew's Newest Collab Is a Necessity for Hiking and Streetwear Enthusiasts Alike — And It's for a Good Cause